PREVIEW: 3 reasons why Canada can beat Croatia at 2022 World Cup

Canada's opener against Belgium proved to those watching that they belong at the World Cup stage; but Les Rouges are still on the hunt for a first goal, first result, and first win. Can they find it against Croatia?

Now? They need to cement that belief with victory.

Facing off against a hungry and motivated Croatia side, the Canadian men's national team will be tested to their limits once more on Sunday, but after showing the world that they can hang with the world's best in Belgium, Canada will have the belief that they can conquer Croatia.

Canada came off an impressive display that ultimately ended in a 1-0 loss to Belgium. Meanwhile, Croatia's opening game against Morocco proved a dry stalemate. Canada will be eager to show that Croatia is ripe for the taking. It’s a stiff task, no doubt, but one that Canada will be confident enough to undertake, as they look to wrestle back control of their World Cup dreams with a big result.

Here's a look at how they could make those dreams a reality.

When Croatia made their run to the World Cup final back in 2018, they were a team to behold offensively. Croatia scored 14 goals in seven games, including three against Argentina in the group stage, two against England in the semi-finals, and two in a losing effort against France in the final.

Combined with a solid defensive foundation, it made Croatia a formidable outfit to crack. They'd frustrate teams in their defensive third, before punishing them in the offensive third.

Nowadays, they've lost a bit of that shine. Croatia was only able to muster up five shots in that cagey 0-0 draw against Morocco, with just one on target. While they did generate some quality looks, their attempts failed to threaten Morocco’s goal, making it a rather comfortable night for the Atlas Lions' defensive unit.

This has been a recurring theme for Croatia throughout the year.

In nine previous games before the Morocco match, Croatia scored more than one goal just three times; twice in a March friendly against Bulgaria, two in a Nations League match against Denmark in September, and three in a Nations League clash against Austria later in the month. Other than that? Croatia have scored one goal or less, with a total of 12 across 10 games for an average of 1.2 goals per game, all while generating an average of 9.5 shots per match.

You can't help but feel optimistic about Canada's chances, as such. Of course, there are questions lingering about Canada's defence, but they did a good job of answering a lot of them against Belgium. Despite facing off against arguably the best offensive team in this group, Canada held Belgium to just nine shots and 0.82 xG – no small feat considering those forwards were Kevin De Bruyne and Eden Hazard.

Of course, one of those shots ended up in the net, so it wasn't perfect, but if Canada defends like that in most games, they'll do well, and against a team that has faced their fair share of offensive struggles this year in Croatia, Canada will have to feel confident in their ability to replicate another solid defensive showing.

That’s key, as you cannot dream of winning games at this level if you're leaking goals. Barring a complete setback from Canada defensively, that shouldn't be an issue on Sunday.

Canada's ability to bounce back from losses

But while Canada will be confident in their ability to limit Croatia's attack, they're also looking to bust an offensive slump of their own.

Shut out by Belgium for the second time in their last four games, Canada were left frustrated as they failed to score despite generating 21 shots and 3.35 xG, including a penalty.

As a result, their first men’s World Cup goal was left to wait for another day, a quest that will no doubt weigh on their minds until it is over, as some of their shots in the Belgium game showed. The bad news is that things won’t get any easier offensively against Croatia, who has conceded just eight goals this year, keeping four clean sheets in 10 games, while conceding just 0.88 xG per game.

Having flexed their defensive prowess against Morocco – whom they held to just 0.25 xG on seven shots – Croatia will be nowhere near as loose and open defensively as Belgium was, making Canada's mission to score goals that much more difficult.

At the same time, Canada will feel confident in their ability to bounce back. It might sound wild, yes, but there's precedent to this. 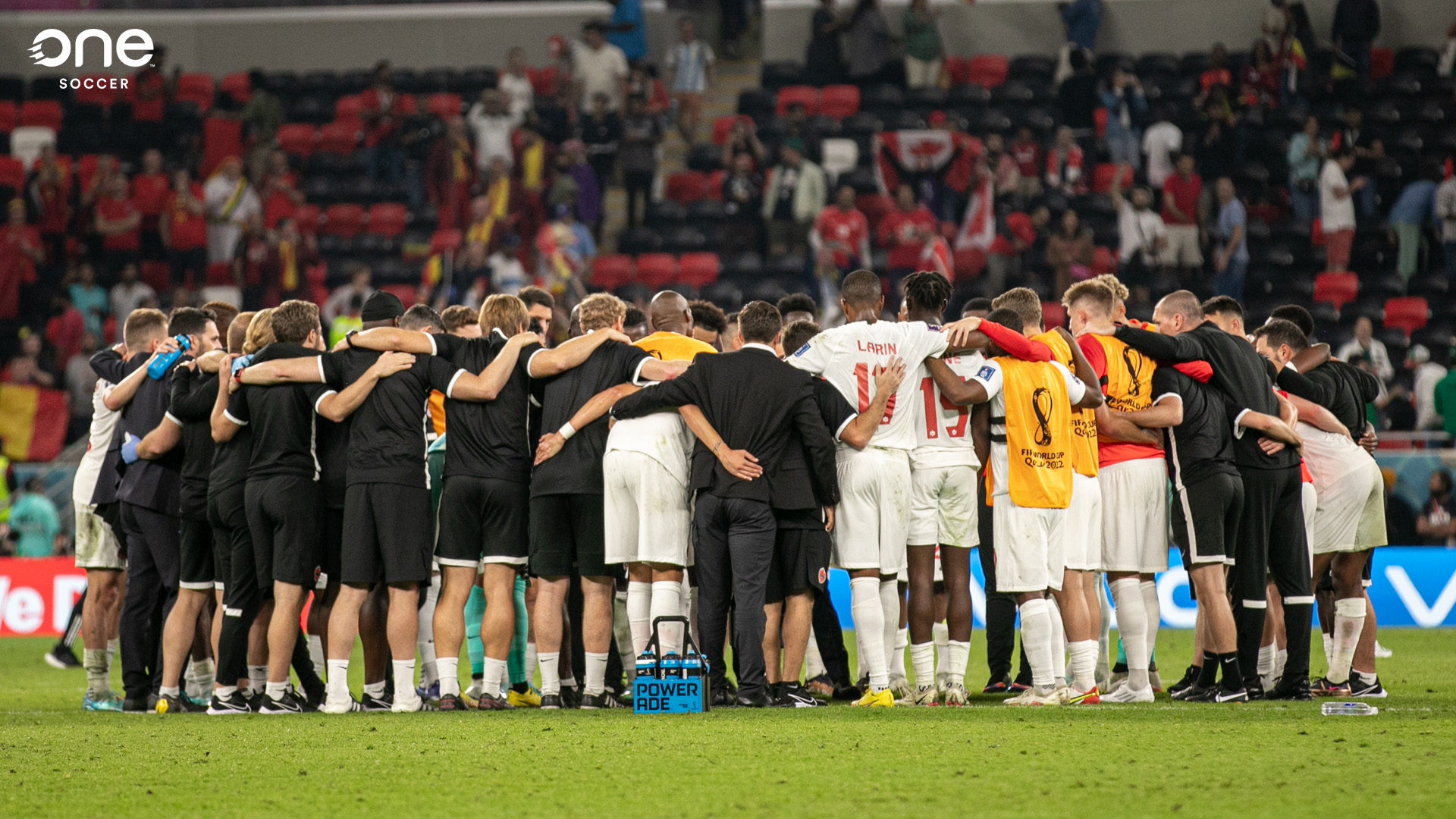 In the 31 games that Canada have played since the start of 2021, Canada has been shut out just five times (against the U.S., Jamaica, Costa Rica, Panama and Uruguay).

Not only is that impressive given the number of times they've managed to get on the board offensively, but it is doubly so when considering they've made a habit of bouncing back from the rare times that they have been held scoreless.

In fact, in the five games that Canada have played following a scoreless result, they've gone on to score 16 goals – an average of 3.2 per game – winning four of those matches, and drawing one other.

So even though it'll be hard to imagine Canada scoring three or more goals against a Croatian team that has conceded more than once in just one single game this year, history suggests that Canada should be able to get back on the board in some form on Sunday ... especially if they can generate even just a couple of looks like the ones they had against Belgium.

Extra fuel to fire a boost to Canada

It’s been the talk in the media this week – comments from Canada's head coach John Herdman, who exclaimed post-game that his team was going to go out and 'F Croatia' on Sunday.

Seemingly a heat-of-the-moment jab from the Canada coach, it has led many to wonder if it was a calculated phrase to deflect some heat from his side, who had faced criticism for their penalty miss and lack of finishing in the Belgium game.

Adam Jenkins breaks down this particular off-field drama in the video, below, but no matter if it was planned or not, it has certainly taken the heat off his players, as Croatia's media has run with the idea that Herdman is out to disrespect the country.

Whether he meant to or not, this could be a move that benefits his players as they get set for a massive game. No one is talking of Alphonso Davies' penalty miss, of Jonathan David's looks at goal, of Cyle Larin's dropped starting role, or of Milan Borjan's positioning on Belgium's goal. Instead, it's all about Herdman. And he's done this before for the CanWNT, too.

Still, this extra layer of spiciness means many neutrals are going to keep a closr eye on how this match unfolds, wondering if Herdman's comments end up poking the bear for Croatia, or rattled them to their core, instead.

As Canada have shown over the past two years, they tend to play their best when their backs are up against the wall, especially in matches of high-emotional magnitude. They're also a team that likes to stick up for one another, so seeing their coach lampooned by Croatian tabloids won't go down well. You have to imagine that they'll also want to win for Herdman after the heat he garnered, as such.

And hey, if this does motivate the opposition, an overly-aggressive Croatia might not be the worst thing for Canada. It certainly beats the patient and defensively-sound unit that their opponents usually stand as, so even that outcome is intriguing.

Either way, with the attention now pointed off the field, look for Canada to use the fuel from the last few days to come out with a strong performance, one that they'll hope gets them their first World Cup goal and win.

Join us on the OneSoccer YouTube channel during Sunday's Canada vs. Croatia match in FIFA World Cup action, as we present our OFFICIAL WATCH PARTY. Open up our stream on a second screen, chat with supporters, participate in live, in-the-moment reaction and analysis from our hosts and special guests, and enjoy the match!