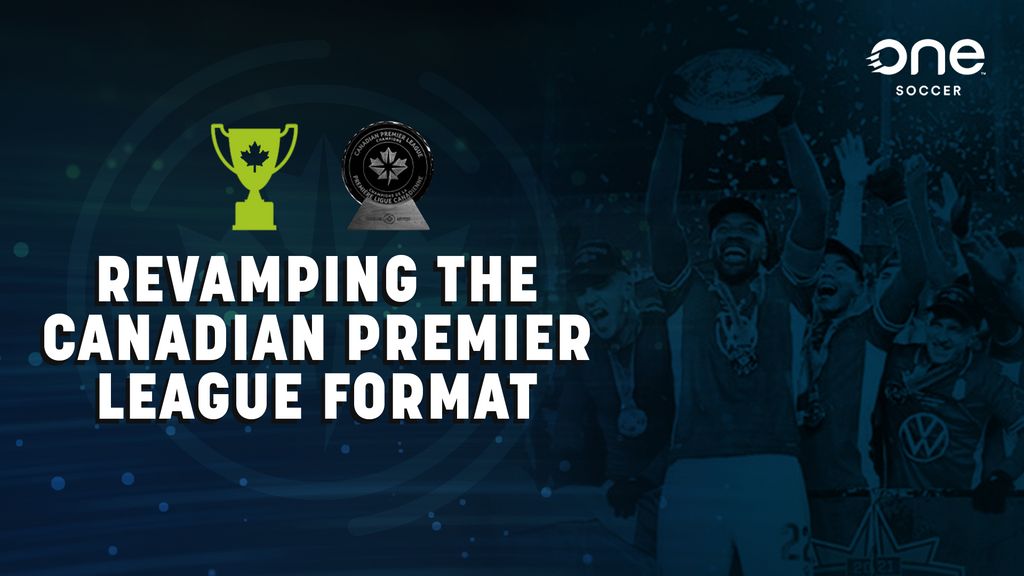 TORONTO – Over the past two seasons, the Canadian Premier League has mimicked Major League Soccer's season structure on a smaller scale: A 28-game regular season is followed by the top four clubs competing in the playoffs to be crowned champion.

This has produced two entertaining playoff races and some thrilling, do-or-die playoff matchups. But there is clearly a desire within the league to add more value to the regular season.

In particular, new commissioner Mark Noonan has taken steps to give more recognition to the regular-season champion through the introduction of prize money and, from next season on, a trophy of their own. This is a good start and gives more weight to the achievement of being the best team in the CPL over a more considerable sample size than the playoffs offer.

But I believe the CPL can – and should – go further. The need to put more emphasis on the regular season extends far beyond the importance of recognizing teams' accomplishments within it. In 2022, the regular season will account for 96 percent of the league's schedule.

It is, by and large, the product being pitched to potential supporters buying tickets or watching from home. It is essential that these games are as compelling as possible.

The most obvious way to boost the regular season would be to replicate the single-table format used in most top European leagues and eliminate the playoffs entirely. But unlike those European leagues, the CPL does not currently benefit from a race for continental qualification or to avoid relegation. Teams that start badly – but could still chase a playoff berth under the current system – would be left with nothing to play for just weeks into the season.

No perfect solutions exist (at least, not yet); but is there a way to better tap into the merits of both the single-table and playoff structures while masking some of their weaknesses?

This is one proposal that attempts to take a step towards doing just that.

The idea: Split up the competition 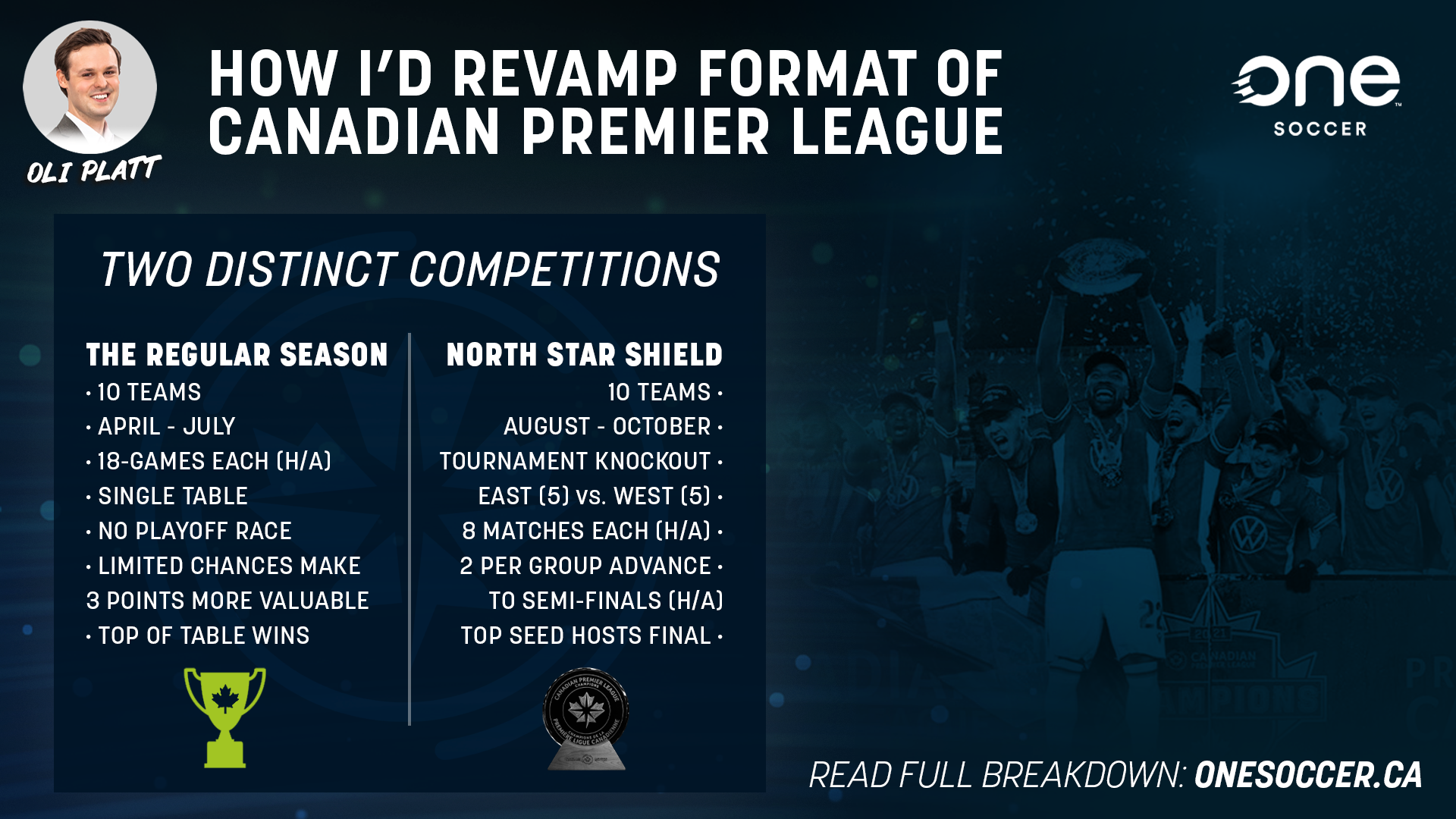 The basic idea is simple: What if we continue to hold both a regular season and a knockout tournament (i.e. playoffs), but create two separate competitions out of the one we have now?

If this format was adopted for a 2024 season with 10 clubs, it could look like this:

From April to the end of July or early August, teams would compete in an 18-game league season, playing each other home and away. The first-place team at the end of this season would be crowned the league champion, lifting the new trophy the CPL plans to introduce next year.

This league season is shorter than the current 28-game regular season in order to limit scenarios in which one team runs away with the title, leaving everyone else with weeks of largely meaningless games due to the aforementioned lack of relegation and continental qualification.

From August to late October or early November, a second competition would be played for the North Star Shield.

This would be a World Cup-style knockout tournament, with clubs splitting into East and West groups of five teams and playing their group opponents home and away for a total of eight matches each.

The top two teams in each group would then progress to a home-and-away semi-final round, with the winner of the one-legged final claiming the Shield.

To reiterate, these two stages would be entirely independent of each other. The results of the league season would have no bearing on the tournament for the North Star Shield.

In theory, this gives you the best of both worlds. While the league season is shorter than a typical European division, it is significantly more substantial than the three games used to decide our champion in the current playoff system.

At the same time, the excitement and unpredictability of the playoffs is preserved by creating a second competition in that style.

Teams winning the league title and the North Star Shield could claim to have done the double. Win the Canadian Championship, too, and you have a domestic treble.

At this point, you may be asking: if this is such a good idea, why has nobody else done it?

Well, they have. This was (roughly) the format used in Argentina between 1967 and 1984. In short, the dual competitions were created to provide more opportunities for clubs outside the five grandes of Argentine football to win trophies. From the adoption of the previous format in 1937 to 1966, those five clubs had won every league title.

It worked. In the first five seasons of the new structure, four clubs outside of the big five won one of the two competitions.

Around the world, it is becoming clear that new thinking will be required as traditional league structures — for various reasons — feel less and less satisfactory. Just this week, MLS and Liga MX announced an expansion of the Leagues Cup into a month-long tournament involving all of their clubs.

While it is naïve to think that every season would pan out in the same way, the current CPL campaign offers a glimpse at how exciting this format could be. Atletico Ottawa, Forge, Cavalry, and Pacific have been swapping top spot for weeks in what would be a thrilling title race in a single-table league.

York United, meanwhile, have been the CPL’s form team since mid-July and would have a chance to capitalize on their current momentum by making a bid for the North Star Shield.

We know that from next season onwards, the CPL will award two trophies per season to its clubs.

Why not consider creating two distinct competitions to give full value to both of them?