Who's in, out on the bubble? Breaking down Canada's January WCQ roster

The big news was already out of the way.

With Alphonso Davies ruled out and Stephen Eustaquio testing positive for COVID-19 on Saturday, an already complex trio of World Cup qualifiers for Canada have only grown in difficulty.

The Canadians visit Honduras and El Salvador either side of a home date with the United States, getting a taste of just about everything Concacaf has to offer across just seven days.

Here is a position-by-position breakdown of the roster named by John Herdman on Monday that will look to advance  Canada even closer to a first World Cup since 1986.

Borjan has recovered from a second bout of COVID-19 in time to join the squad. He has not played in 2022, but neither has Crepeau and after an outstanding November window there is no reason to believe Borjan will not continue as the starter.

Crepeau, of course, is coming off a busy week having swapped the Vancouver Whitecaps for LAFC in a blockbuster trade. Leutwiler has been starting for Oldham Athletic in England and gets the nod as the third option.

On the outside: James Pantemis, Dayne St. Clair

At this point there are few who would dispute that Johnston, Vitoria, Miller, and Laryea form Canada’s best back line, with Adekugbe added in if they want to defend in a five.

The question is how much Herdman can lean on that group over three games in seven days.

In the two previous three-game windows, Johnston played six matches out of six and sat for just 14 minutes. In an ideal world Herdman will ask him to go the distance again — he is so reliable and there is no one else on the right side who is comfortable sliding between full-back and outside centre-back. The difference this time is that he has only recently started preseason with Montreal.

Laryea has been another ironman, missing only one game due to suspension. Like Johnston, he has been difficult to replace, but part of that has been his utility on the left as well as the right — a burden the emergence of Adekugbe may reduce, with Gutierrez providing extra depth.

Vitoria is yet to start two games in quick succession, though he ended up being needed from the bench against Mexico when Henry got injured. It seems likely that pattern will continue and Henry will take the USA game, especially as it will be played on turf.

Of the usual starters, Miller faces the most competition for his place in the starting lineup in the form of Kennedy and Cornelius. Both are left-sided centre-backs and midseason and in match rhythm in Europe. Kennedy has already faced the States once and is back in the team at Jahn Regensburg in Germany after injury. 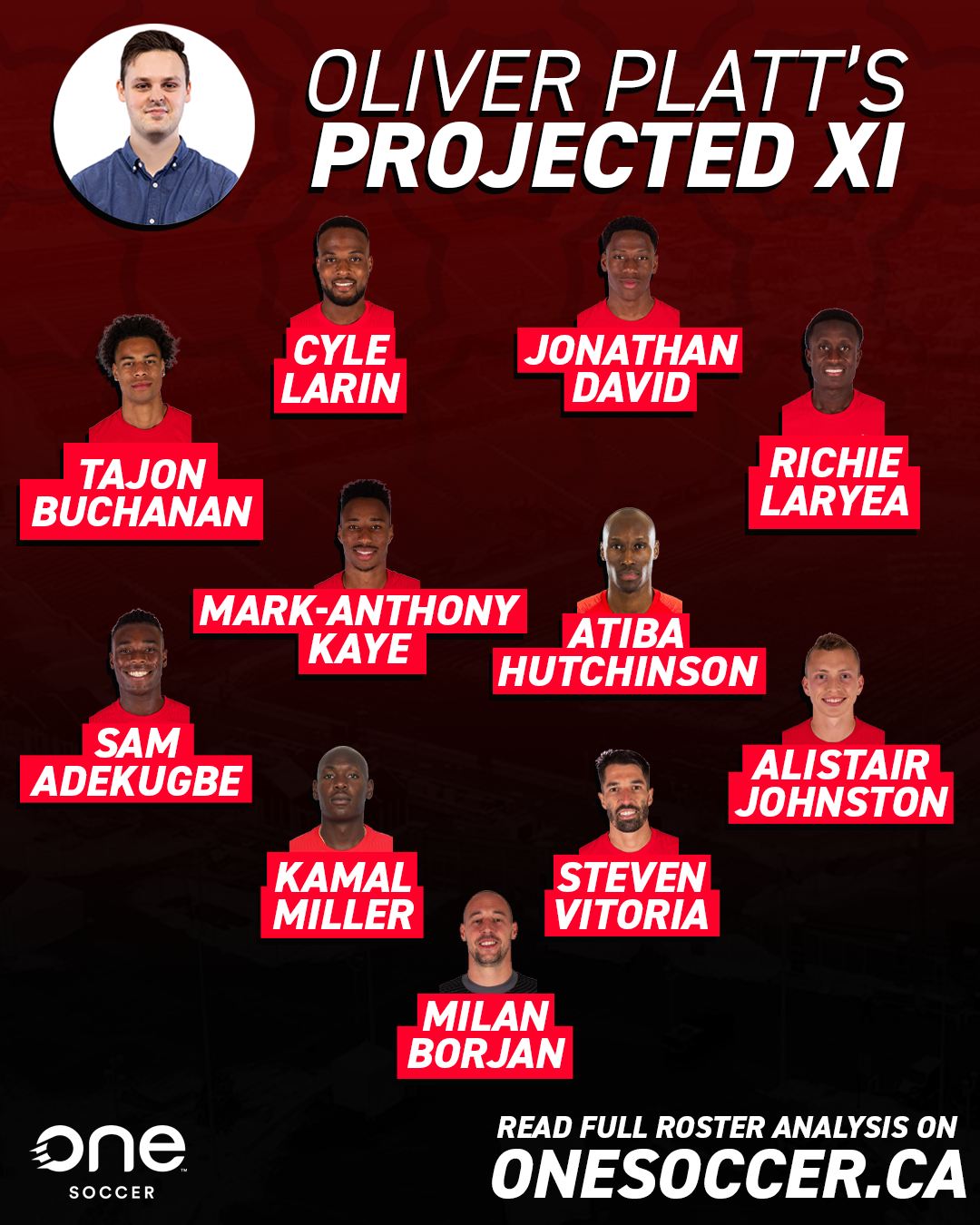 If you'd asked me last week who I thought was most likely to start all three matches in this window, I would have said Eustaquio.

His positive COVID test is a massive blow. Now we can only hope that it clears up quickly — having tested positive on Saturday, it is not totally out of the realm of possibility that he could still feature in two games.

Without him, responsibility turns to Hutchinson and Kaye. In the five games when they have both been in the squad, one has started and one has come on for the other as a substitute. As with Vitoria and Henry, that’s a pattern that was easy to see continuing given Hutchinson’s advancing years and Kaye’s lack of recent minutes.

Instead, they will likely be paired together against Honduras. And it will be difficult for Herdman to plan precisely how he intends to rotate his squad beyond that until there is clarity on Eustaquio's status.

There are certain players who have been waiting for their time to come during these qualifiers, and that time might be now for Piette. His only start so far was away at Jamaica, and two similar tests are coming up in Honduras and El Salvador. With the talent now at Herdman's disposal, Piette's days as a regular starter are probably over. But he still has the chance to make a key contribution to qualification.

It should also not be forgotten that Fraser has featured in some big games, coming on as an early sub in the famous Nations League with over the United States and starting against the same opponent at the Gold Cup. He may not have the club resume of others in the squad but has never let Canada down.

Then there is Osorio, whose role has been difficult to predict. There was a four-game run of starts that included the equalizer at Azteca; in the other four matches, he has seen just 22 minutes. Without Davies, we could see more of the three-midfielder formations that suit him best.

For all its obvious downsides — and they clearly outweigh this tenuous silver lining — Davies’ absence does simplify one thing: it becomes more straightforward for Herdman to select both David and Larin.

The only Octagonal match all of Canada’s ‘big four’ (the two strikers plus Davies and Buchanan) have started was the first, against Honduras, and it remains their most disappointing result. The balance was not quite right, and Herdman has not put David and Larin in the same lineup since.

With Davies out, that will surely change. And the challenge will be continuing to develop an understanding between two forwards who both prefer to come short and find the ball but cannot always do so at the same time.

For that reason, Ugbo feels like a potential X-factor. He is match fit, having just started back-to-back league games for Genk for the first time, and is much more of an out-and-out No. 9, staying high, creating space for others, and sniffing out chances.

Another no-Davies consequence could be more freedom for Buchanan, who — as we saw at the Gold Cup — can be a very dangerous option at centre forward as well as in his typical wide role.

Hoilett's fitness is a big boost after limping off in his last game for Reading, while Millar has started two of Canada’s past four games and is growing in stature thanks to some excellent form in Switzerland with Basel.

It’s hard to imagine Cavallini seeing significant minutes, but the pressure is on him to impress with Ugbo now in the picture and Ayo Akinola to return.