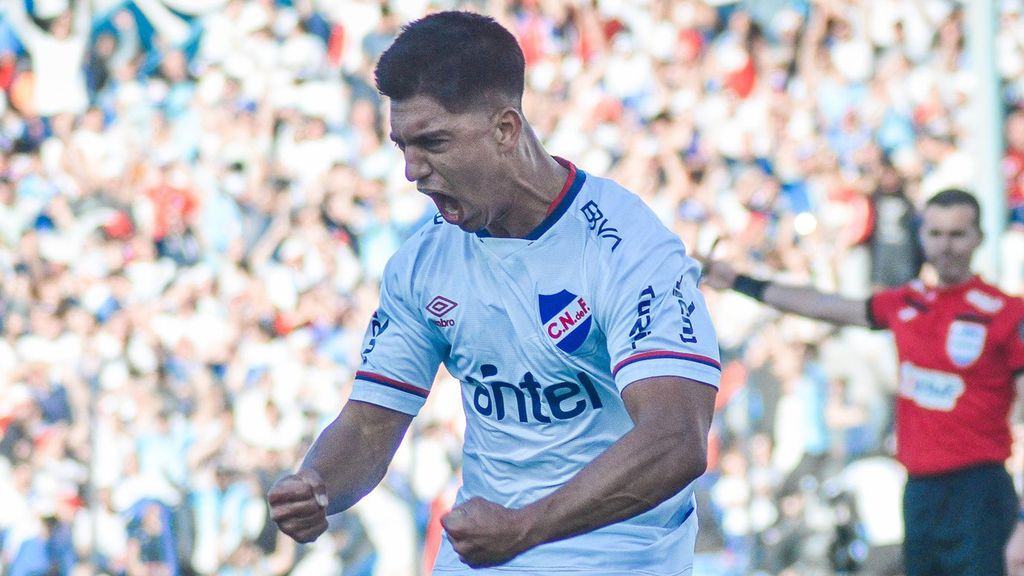 The Vancouver Whitecaps announced Monday the club has signed Uruguayan centre-back Mathías Laborda using Targeted Allocation Money (TAM) on a contract through 2025, with an additional club option for 2026.

Laborda, 23, joins the Whitecaps following the departure of defenders Marcus Codinho, Florian Jungwirth, Jake Nerwinski, and Derek Cornelius, and will help to shore up an already-effective Vancouver backline that conceded the third-fewest goals (40) in MLS last season.

"Mathías is a player we’ve been scouting for over a year," said Axel Schuster, Whitecaps FC sporting director. "He's a young, intelligent, and tenacious defender. Mathías is comfortable on the ball and brings a mix of experience as well as a potential for growth. We're happy to welcome Mathías to Vancouver."

Laborda brings with him plenty of experience despite his younger age, having started 82 of his 101 appearances across all competitions for Uruguayan Primera División side Club Nacional, where he helped secure three Primera División titles in 2019, 2020 and 2022, as well as the 2021 Uruguayan Supercopa. He brings six goals and one assist on his resume, and has represented Uruguay at the U-17, U-20 and U-23 levels.

While a new centre-back will be welcome at the Whitecaps, head coach Vanni Sartini's next focus will be in continuing to bolster his attacking line-up.

"The idea is to try to be more efficient offensively, and to keep the defensive solidity that we had in the second part of the season" he said, as quoted by J.J. Adams of the Province. "At the end, if we look at the stats, in terms in terms of chances and goals conceded, we're actually fine. We need to improve in our output offensively and so that’s the idea that I’m working on; how to use better the weapons that we have."

He added: "We constantly met with the guys on the staff, either personally or virtually, going through new ideas, tactically, trying to analyze – maybe sometimes even overanalyze – the season that we had last year.

"I am really destroying the mind of my staff. I send them a PowerPoint every day with new tactical solutions. I think they're gonna ask to my wife to to hide the laptop charger!"

While Sartini works to get the most of his strikers, he'll also be looking to replace Lucas Cavallini up top. The Canadian international scored nine goals in 24 league appearances for the Whitecaps last season, and departed the club at the end of the 2022 campaign as his time in Vancouver fizzled out.

So... what's next for Lucas Cavallini? 🤔

The OST crew debate where the #CanMNT striker should look at next, as his time with #VWFC comes to a close 🥲

Should the 'Caps replace Cavallini with another Designated Player striker or not, the end goal will remain the same for Sartini: Make a run at the MLS Cup.

"The objective is to be to be working in November, so it means that we are in the playoffs," Sartini laid out. "And I want to be very clear: That's the main objective of the season.

"Last year, we were saying (it was) winning a Cup or competition … this season, the No. 1 objective is getting to the playoffs.

"The other three competitions are very important, but the most important competition is the league. The league is the reason why we exist basically."