'Next step, next level': Lowell Wright hopes to be latest CPL-to-MLS success story at Whitecaps 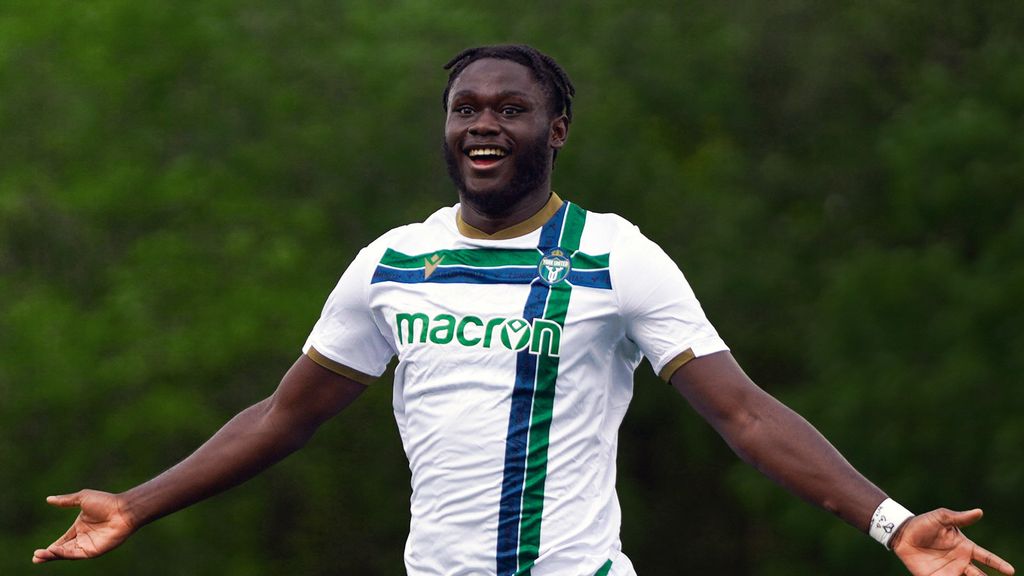 VANCOUVER – As many of the best deals often are, Lowell Wright's future was decided over dinner.

Conceived in the late hours the night before a matchup between the two clubs in the Canadian Championship back in June where both of the club's CEOs Axel Schuster and Gus McNab had met to discuss business, Schuster eventually made one thing clear that night – he didn't want York to leave without being able to put in a good bid for Wright.

The funny thing? Not only was Wright nowhere near the meeting that would decide his future ... he didn't even play in the game that next night, either, instead finding himself thousands of kilometres away in Costa Rica at the U-20 Concacaf Championships with Canada's U-20 team.

There, however, the message quickly filtered through - the Whitecaps wanted him, and from there, the details slowly started together before the deal was eventually brokered at the end of July, allowing him to make this next step in his career.

"The first time it happened was at the U-20 national team camp, actually," Wright told OneSoccer last week of the Whitecaps' interest. "It was when I was with some of the Whitecaps guys that got called into the national team, so they were kind of like, 'Oh, you should definitely come to Vancouver,' kind of as a little joke or something, but it's kind of something that I took into consideration, which along with the fact that this is still close to home, but still a new challenge, made it a good opportunity for me, so it's been kind of awesome, and I'm super excited for it." 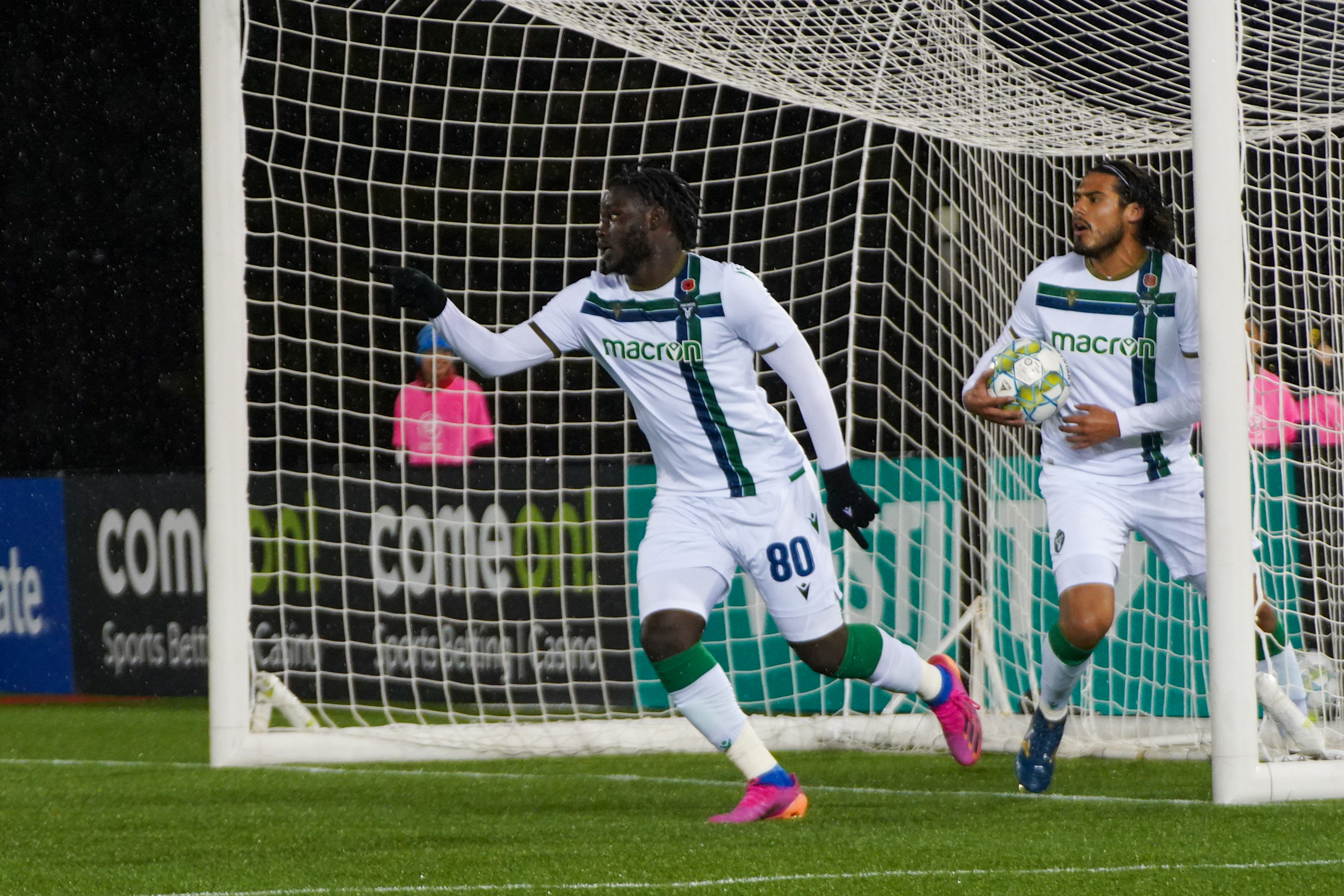 Having actually watched the Whitecaps narrowly beat his York teammates 2-1 with a couple of those Whitecaps U20 guys on that June night, it was never in Wright's wildest dreams that a meeting between those two clubs would lead to a move, one that he is super excited to undertake.

"It's pretty exciting," Wright continued. "It's kind of funny, because when York met the Vancouver Whitecaps in the Canadian Championship, I was actually watching the game with the Vancouver guys in Honduras. So it was pretty funny (how that worked out), but also surreal that at the same time, certain conversations were happening over time from that moment to lead to this."

Yet, that the Whitecaps were so adamant about bringing him in just shows how hot of a commodity Wright had become over his almost three years with York.

There, he had proven to be the exact sort of poster boy for players that the league is looking to cater to, using the circuit to grow from a raw but physically imposing 16-year-old to a seasoned 18-year-old forward.

Instead of potentially finding himself lost in the semi-professional or university system, Wright was able to play professionally right from a young age, helping him get the sort of growth that you can only get when playing at that level.

And seeing how well he was able to perform in his time in the league, scoring seven goals and adding three assists across three seasons, including a solid six goals and three assists in 2021, he certainly made the most of that opportunity, one he'll be forever grateful to York and the CPL for providing.

"I will always be grateful for the time I had at York," Wright said. "They took me in as a kid and gave me an opportunity, and I flourished with it, they just let me do whatever I could to get the most out of it, so my heart will always be with York."

The kids are alright... 19yo Max Ferrari ➡️ 16yo Lowell Wright who scored York9 FC's first goal of the 2020 season

Now, with this move, he's helped pave a potential path for other youngsters who might be in a similar situation to his when he was just a 16-year-old at Woodbridge SC, showing that the CPL can indeed provide the sort of springboard that some youngsters need to fulfill their potential.

Much like the other landmark moves that the league has seen this year, from Victor Loturi to Aribim Pepple, Wright's is another example of what having a professional circuit can do for young Canadians, who are starting to make an increasingly larger dent on the overall transfer market.

"It's really important," Wright said of the CPL's growth. "Because now, you have a bunch of local Canadian kids that have a pro league to go to, it's not just the Vancouver's, the Toronto's and the Montréal's of MLS, now you have the York's, the Pacific's and all these other places, so it's definitely been a good stepping stone for young Canadians to take their games to the next level.

But that's just the tip of the iceberg of what the CPL was able to provide Wright.

Another example? That aforementioned U20 Canada experience, one that Wright reflected back on quite glowingly.

There, while Canada didn't do as well as hoped, crashing out in the Round of 16 on penalties to Guatemala, it was still a good chance for Wright to get his first experience in a National Team camp, something that he didn't take lightly.

"It was really awesome," Wright offered. "I really loved every moment of it, learning, just seeing new guys, making new friends and forming brotherhood. It's definitely an honour to put on the badge, and that's definitely something I always keep in the back of my memories."

Check out this excellent bit of footwork and strength from the #CanPL star 👇 pic.twitter.com/7uGdOgRtNm

And considering that his marquee moments of the tournament included a memorable and mazy goal against Canada's rivals and eventual tournament champions, the US, one of two goals he was able to grab , there's no doubt that he made the most of it on the field, as well, with his US goal standing out, in particular.

"Honestly, it was really nice," Wright said when reflecting on his goal. "Because it's a derby between Canada and the US, it was definitely a very big game, so it was definitely a surreal moment for me as well to score, definitely something that I'll always keep in my memories, and probably tell my kids and grandkids that I scored against the US."

Now, Wright's looking to one day score those goals for Canada's senior team, giving his future kids and grandkids even more to potentially consume during storytime.

Of course, it's too early to say if that'll one day happen, but with Wright still just 18, it'll be hard to bet against him. Considering that he'll be just 22 by the 2026 World Cup, of which Canada will be participating as co-hosts, it wouldn't be all that surprising to see Wright emerging from a tunnel donned in red and white, especially if he continues to progress at this rate.

Before then, however, Wright has a lot of work to do with the Whitecaps, as he's currently signed with the second team through 2024. With his deal reportedly being one of the biggest in CPL history, laden with incentives, the plan is most definitely to get him to the first team at some point, no doubt.

Therefore, while he'll have big dreams of playing for Canada, his next goal is to play in MLS, of which a strong start to life in MLS Next Pro would do, which would then help his Canada dreams.

Following in the steps of Mo Farsi and Easton Ongaro, MLS Next Pro has already proven to be a good stepping stone league for former CPLers, a list to which Wright is eager to add his name to now.

"It's a good opportunity to eventually take my game to MLS, if that happens," Wright said. "So for me, as I come into Whitecaps II, it's to perform as I can for the second team, and eventually move up and play to the first team."