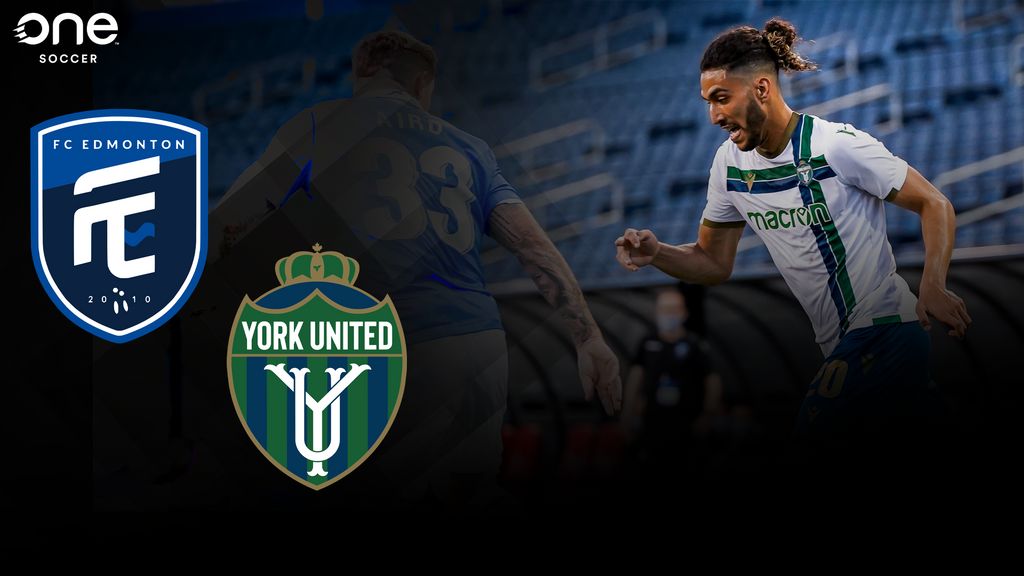 After an entertaining start to the Canadian Premier League season this past weekend, the league is back in action again this week, with the first of four games on the schedule kicking off when FC Edmonton hosts York United on Friday.

And despite strong performances in both of their respective season openers, where FC Edmonton hosted Valour, while York welcomed the Halifax Wanderers, both teams failed to win their respective matchups, as Edmonton drew 1-1, while York lost 1-0, meaning that they'll both be looking to pick up their first wins of the season on Friday.

Here's what you need to know ahead of that clash.

Which, for Edmonton, is quite the boost for them, as that’ll mean that Warschewski, Ulbricht, Gonzalez and N’Sa could all play a role on the pitch Friday, instead of potentially missing out. And given that the first three all started for Edmonton in their opener, losing them for this game would’ve been a big blow, but instead, they’ll now get a chance to strut their stuff to their parent club, of which you have to be motivated for.

Because of that, it’s going to be interesting to see how they fare. Interestingly enough, Warschewski and Gonzalez have actually never played for York, having both arrived in Edmonton last year before transferring east this offseason, while N’Sa and Ulbricht have stronger ties, given that they were both on the team last year.

As a result, Koch feels that makes the situation slightly overblown, at least in his eyes.

“I think a lot of people are making more out of it than it actually is”, Koch said of the loanees.

At the same time, there still should be some spark there, something that Nash certainly believes there certainly will be.

“I think you saw it in the first game,” Nash noted. “They’ve all got something to prove because they all want to do everything they can this year to prove whether they’re good enough to be on one of the top teams.”

So seeing that, no matter which camp you’re in, there’s no doubt that there are a lot of storylines to watch with these loan players, of whom you can imagine will look to play a big role for their hosts, allowing them to build off of what they showed last week.

On the first matchday of the CPL, just two teams failed to score a goal – Cavalry and York United.

As a result, York will be hungry to come out and breach the net at least once this game, especially considering that they were tied for the fewest shots on target in the league on opening day with 2, and had the lowest Expected Goals (xG) of any team with 0.93.

It didn’t help that they hit the woodwork twice, to be fair, but considering that they had an impressive 14 shots, they’ll feel that they need to do a better job of making those shots count in this game, especially against an Edmonton side that kept Valour to only 3 shots on target and 1.03 xG, the second-lowest total of any CPL team on opening day.

Especially considering some of the talent that York has in attack, they’ll know that they have much more to give, and will look to prove that on Friday.

Given the state of their roster, it has left Edmonton to get creative to start the year, as they look to make the most of what’s available to them.

As a result, flexibility is expected to be a big mantra of Koch’s, who isn’t shy in asking his players to try out new roles. One such example from opening day? The use of Gabriel Bitar, nominally a striker, as a midfielder, a role that many weren’t expecting to see him in, but one that he certainly made the most of, putting up a strong performance in.

And that’s just the start of what Edmonton will be expected to do, because as noted this week, Koch says that there are going to be more who might have to find new roles.

Nicknamed ‘FC Opportunity’ for a reason, that nickname isn’t just extending to the young players and those on loan getting a shot with the club, but to the roles that they play, too, and Koch feels that can only help them in the long run.

“We have a smaller squad,” Koch noted. “We need players that are flexible, pliable, willing to be open and willing to learn. And Gaby (Bitar) was a fantastic example, he was brilliant last week. And we’re probably going to use another player this weekend, I think you’ll be surprised where he plays, but because we have a small squad, we have to be pliable, and the players have to be open to it. And to be fair to all of our guys, our guys have been brilliant, they’re all open, they’re all willing to learn, they’re willing to push each other.”