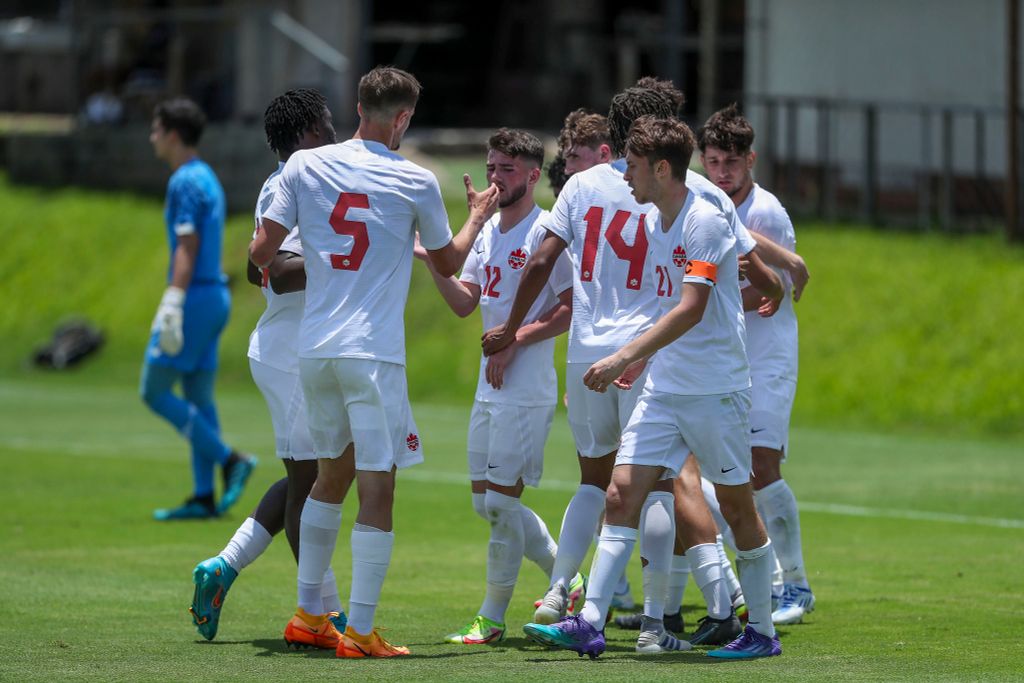 Canada's Men's Under-20 National Team recently took their first steps in what is hoped to be a long journey, as the team convened down in Costa Rica for a pre-tournament camp earlier in April.

At that camp, the group trained, bonded, and played two closed-door friendly matches, helping them prepare for the upcoming 2022 CONCACAF Championships, which will be held in Honduras from June 18th to July 3rd of this year (and will be available on OneSoccer).

In that tournament, a tall task awaits Canada, as they will look to both qualify for the 2023 FIFA U-20 World Cup, as well as the 2024 Olympics in Paris, meaning that there will be a lot at stake for this Canadian side down in Central America during this summer's competition.

It's why head coach Mauro Biello brought a group of around 27 players down to Central America, giving them a taste of what to expect from those conditions in this tournament. As John Herdman's ranks try to figure out who their 20-player squad will be for this tournament, this camp was also a good chance to get a closer look at certain players individually, all while seeing how they mesh with each other and within Canada's unified system of play.

It also gave Canada a chance to show interest in some dual-nationals, some of whom are being courted by one or more countries, giving them a chance to experience the flavourful Canadian atmosphere we've come to enjoy.

From what it appears, it looks like it was a win for Canada on all of those fronts.

Combined with their play on the pitch – where they also split the pair of games with Costa Rica's U-20 team, winning the first one 3-0 thanks to goals from Kamron Habibullah (Pacific FC), Jesse Costa (Wolfsburg) and Matthew Catavolo (Valour FC), before dropping the second one 1-0 – it was overall a successful camp for the U-20 Rouges.

Canada have split their two-match U-20 series in Costa Rica following a Friday 3:0 win and Thursday 0:1 loss. The two-week camp was part of Canada's preparations for the upcoming Concacaf Men's Under-20 Championship in Honduras.#canm20 ▶️ #CANMNT pic.twitter.com/hOomKQFcH4

If you're unfamiliar with how the tournament itself works, here's a quick primer on what awaits Canada down in Honduras.

Much like a lot of CONCACAF's events recently, these U-20 Championships saw big changes ahead of this edition of the tournament, due to factors such as the pandemic, a push for more games and a need to streamline certain competitions.

As a result, it's led to this new-look U-20 tournament, in which both the U-20 championships and the Olympic qualifiers (which was a U-23 competition beforehand) were brought together under one umbrella.

In this new tournament, 20 teams will convene down in Honduras, where they'll fight for a chance to both qualify for those aforementioned marquee events, while also trying to bring home a trophy.

Of those 20 teams, 16 have qualified automatically (Canada among them), entering the tournament at the group stage where they've already been split into four groups of four.

They'll play each team in their respective groups, with the top three teams in each group (12 total) qualifying for the knockout stages.

At that stage, the remaining four teams – Curacao, Nicaragua, Puerto Rico and the Dominican Republic – will join, having qualified as the four group winners from the qualifiers for this tournament, from which those aforementioned 16 teams were exempt.

Then, things get a lot easier to understand; once placed in their Round of 16 matches (which are already determined based on where teams finish in their groups), it'll be a straight knockout round all the way through to the final.

Here's how that looks visually via a graphic from CONCACAF showing the group stage and knockout round draw, the schedule and the venues. 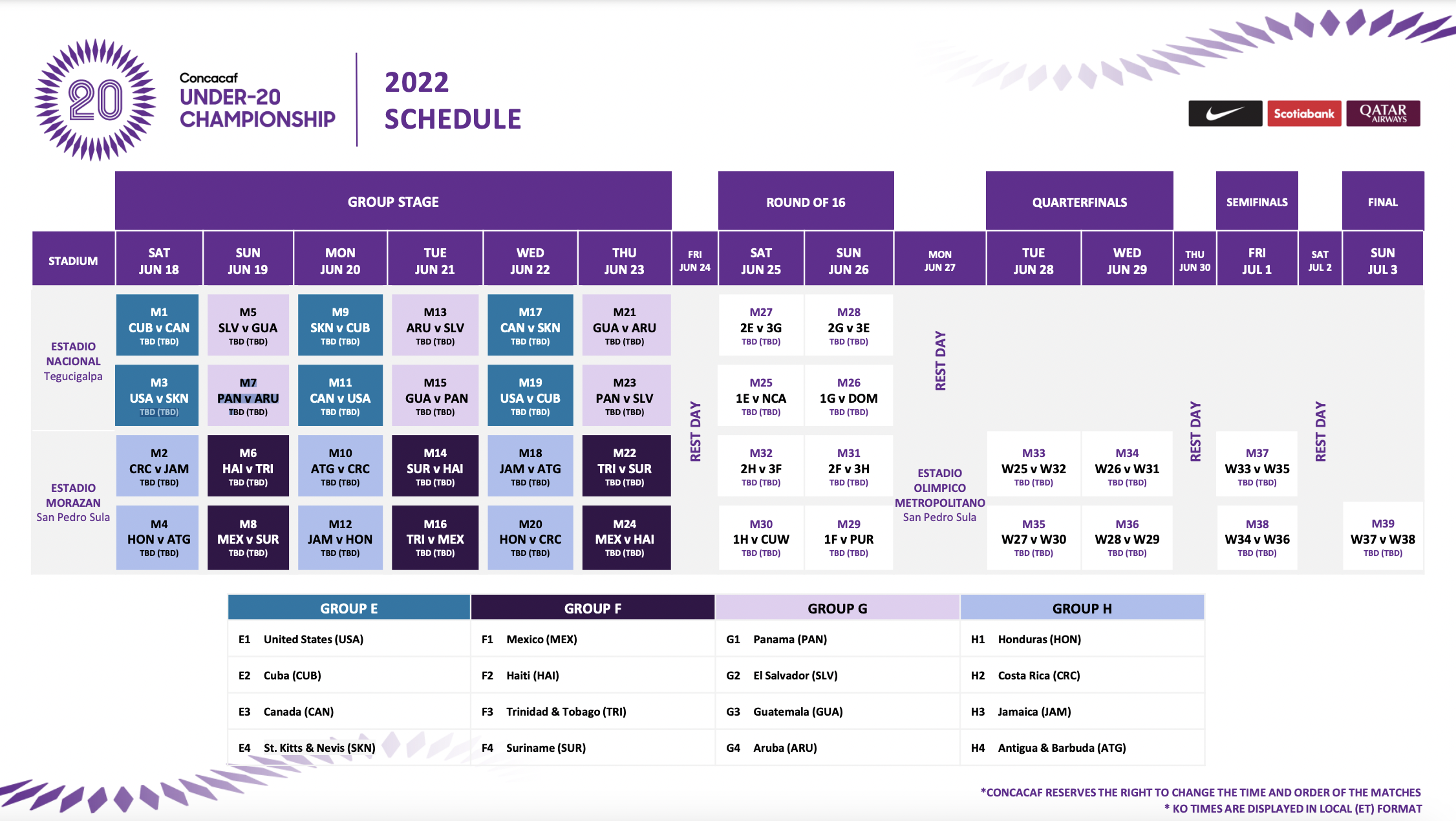 So for Canada, the goal is simple - try and make the final. If they do that, they can secure both a berth in the U-20 World Cup and the Olympics, ending their lengthy absences from both of those competitions.

It won't be easy, but it's laid out quite nicely in front of them, leaving them with plenty to play for down in Honduras this summer.