Bargain Buys: Looking at the top 5 most undervalued Canadians in MLS right now 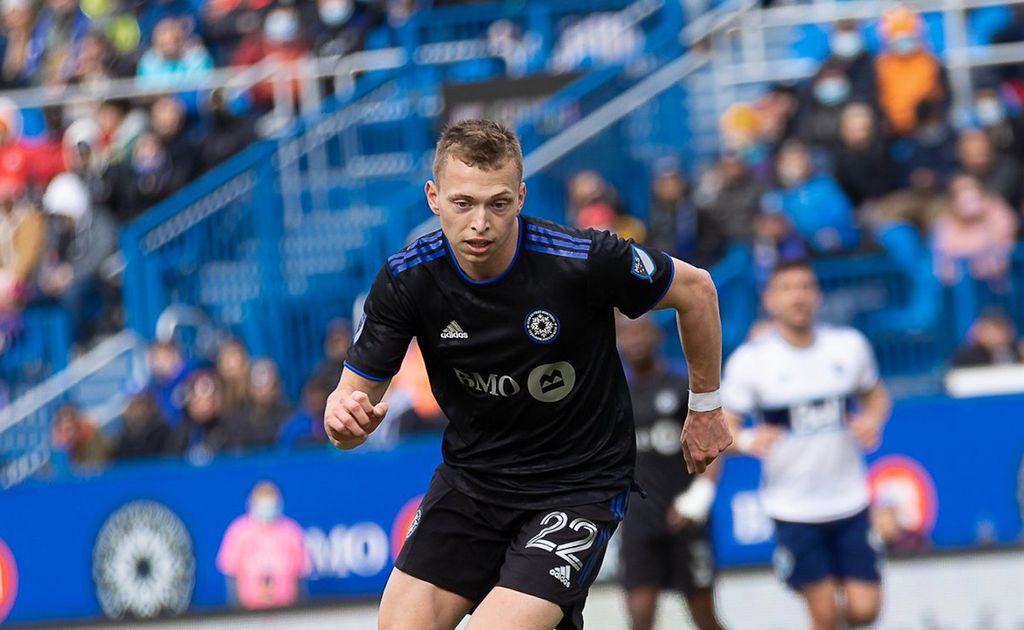 It was salary revelation day in MLS this week, as the MLSPA officially released the salary information for all of the players in the league on Tuesday, in the first of two annual drops.

We've now got an idea of who is earning their keep in MLS (and who might be feeling extra grateful for what they pay their agents!), making it both the favourite and least favourite day for several players around North America.

From a Canadian perspective, there's a lot to be intrigued about in the latest drop. Over 40 Canadian players currently in MLS, accounting for the third-most minutes in the circuit so far this season, after Americans and Argentines, per FBRef.

Yet, despite that, Canadian players remain quite undervalued, for the most part, especially when you look at their salaries.

In fact, of those 40+ Canadians that play in MLS, just two, Lucas Cavallini and Jonathan Osorio, crest the $1 million mark in salary, despite there being over 80 other MLS players who are over that threshold. On top of that, just two other Canadians, Mark-Anthony Kaye and Ayo Akinola, even clear the $500,000 mark, too, further highlighting how undervalued Canadians are.

Despite many of these Canadians forming the core of the CanMNT squad that finished top of the 'Octagonal' table in World Cup qualifiers, they're yet to earn the pay raises such status might indicate, for the most part.

Of course, with Canada's recent success, that will likely change, but for now, there is no doubt that Canadian players might be some of the best bargains in MLS, as teams are starting to realize.

Excluding first-year homegrowns, who come in extra cheap due to contract stipulations (sorry, Ismael Koné), here is a look at five of the top bargain Canadians from this latest release:

Leading things off at number five is MacNaughton, who in his first season of MLS action, has already proven to be worth every penny of the $86,100 that Toronto FC are paying him this year.

Having already seen the field nine times in MLS action, the former Pacific FC star has quickly proven that he can play at this level, showing great composure on both sides of the ball. As a result, he's quickly vaulted into the starting conversation for TFC, as well as into some CanMNT chatter as well – not bad at all for someone who was supposed to be an emergency option for the Reds this season.

For a Toronto side shelling out big dollars to the likes of Carlos Salcedo, Alejandro Pozuelo and Michael Bradley (and will soon be paying an MLS-record outlay on Lorenzo Insigne), having players like MacNaughton contribute on the cheap go a long way, giving the club flexibility elsewhere, especially if he keeps playing like this.

Up next on the list is Raposo, as he is currently in the form of his life for the Whitecaps, sitting with a team-leading three goals in all competitions across 10 games, which isn't bad at all considering he failed to score a single goal in either of his first two seasons.

On top of that, he's been contributing elsewhere as well, sitting among the best in MLS at his position in defence, progressive passes and shot-creating actions, finally establishing himself as an MLS regular.

That's made him immensely invaluable for the Whitecaps, as Raposo continues to be on his 'Generation Adidas' contract through the end of this year, meaning that not only is he quite cheap in salary, but his contract doesn't count against the Salary Cap, either.

If he continues this form, though, a raise could be in order. There's no doubt that for now, he's providing fantastic value for a struggling Whitecaps team that can use all the contributors that they can get.

Great to see Ryan Raposo taking advantage of his start today at wing back for #VWFC. He's been solid all night, and gets the cherry on top of the cake of his 1st MLS goal

And as seen here, it's a tidy one. Great run, nice finish

Continuing down the list, we've got another third-year MLS player, and that's Waterman, who in his third season with Montréal, has really taken a big step forward, appearing in 12 out of 15 games so far this year for his team, nabbing a goal along the way.

The first-ever CPL to MLS export, Waterman has been a great example of the sort of value that you can extract from Canadians, finding himself as the cheapest of his team's other regular starting centre backs, Kamal Miller and Rudy Camacho, yet arguably having the best season of them.

Because of that, it feels like Waterman, whose contract is up this year (although he has an option for 2023), could stand to get a raise very soon, but until then, he remains one of many shrewd acquisitions for Montréal, who are currently one of the hottest teams in MLS for a reason.

Waterman isn't the only undervalued player, let alone Canadian, on the Montréal roster (although, to be fair, this list easily could’ve just five Canadian Montréal players).

Number two on this list goes to Alistair Johnston, who has certainly proven to be a bargain for his new team so far this season.

At first, it may seem strange to note about someone making nearly half-a-million dollars, especially given that Johnston was acquired from Nashville SC for $1 million in General Allocation Money this winter, as well as a 10% sell-on clause, which was seen as a big payment from Montréal.

Yet, despite that hefty fee – which was one of the top 10 fees paid within MLS for a player at the time – Johnston has been worth every penny for Montréal. So far, he's played in 14 games in 2022, nabbing one goal and three assists to go along with his trademark strong defence. He's made the right wing back position his own on his team's hot run.

But that just shows why he was the CanMNT’s leading minute-muncher on their qualifying run, as well as in the 'Octagonal', helping explain why Montréal paid that hefty fee for him. Knowing that they'll make back the value multiple times over, both with his play on the field, as well as a future sale, it was a sure bet, one that is paying off for them big time already.

Leading the way on this list, however, has to be Crépeau, who despite a trade from the Whitecaps to LAFC, remains immensely underpaid relative to his position. In fact, despite arguably being a top three goalkeeper in MLS last year, and one of the top shot-stoppers in MLS this season, he has the 23rd-highest salary among goalkeepers in MLS right now, showing how undervalued he is.

But that just shows why LAFC's trade to get him was seen as so shrewd. Only given up by the Whitecaps as he requested out for personal reasons, this move was always going to be seen as a win for LAFC, who paid just $1 million in GAM for his services, and seeing what they’re paying him on top of that just further reinforces that.

Having started 11 games on a league-leading LAFC side, there is no doubt that Crépeau is providing the goalkeeping that they sorely lacked last year, making them MLS Cup favourites while coming in at a bargain price, one that you have to imagine changes soon with a raise surely on the horizon for him here.