How Forge, Toronto FC have changed since the 2020 Canadian Championship began 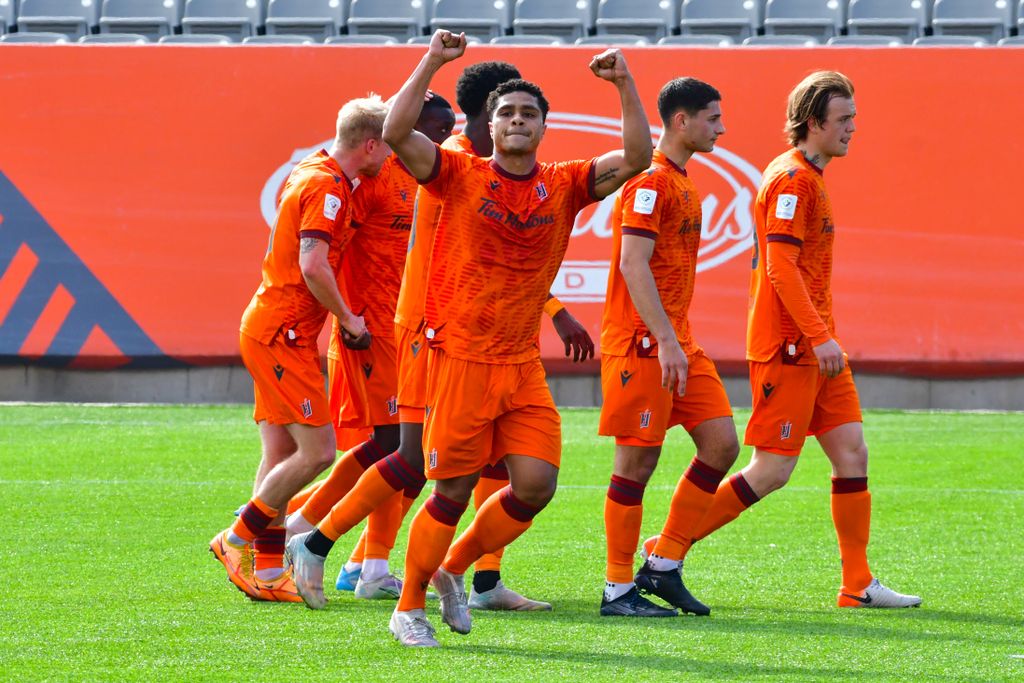 It’s been a final almost two years in the making.

Yet, that just shows how long Toronto FC and Forge FC have been gearing up for the 2020 Canadian Championship final, which after several delays, complications and other things of the like, is finally getting underway this weekend at Tim Hortons Field in Hamilton.

626 days after Toronto FC booked their ticket to the 2020 Canadian Championship final, coming out on top in their six-game all-Canadian battle with CF Montréal and the Vancouver Whitecaps, and 623 days after Forge FC led the way at the Canadian Premier League’s ‘Island Games’, both sides will finally meet in the final that both of their respective accomplishments qualified them for.

A lot might’ve changed with this final since then, as there will be no CONCACAF Champions League prize on the line for the winner, and the 2021 edition of the tournament has already been played, but there is still a trophy on the line, with the Voyageurs Cup in play in this one, along with bragging rights, given that this is the first time that these two have met.

Speaking of that idea of change, however, one unique quirk of this final is that there has been a lot of change with both clubs since they punched their tickets to the final, meaning that the teams that take the field on June 4th might be very different from the ones that played in September of 2020. From structural changes, to changes on the pitch, and everything in between, there’s been a lot of turnover in both teams in recent years.

So ahead of this final, which officially gets underway on Saturday, June 4th, here’s a look at what has become different with both teams since they punched their ticket to qualify over 600 days ago.

3 DAYS LEFT UNTIL THE FINAL 🏆

Forge FC take on Toronto FC in the 2020 #CanChamp final this Saturday, June 4 😁

To begin with the hosts, Forge, they’ve remained on a strong path since winning the Island Games in 2020, which confirmed them as back-to-back CPL champions at the time.

They may have missed out on a chance to make it three in 2021, narrowly losing to Pacific FC in the final, but finished first in the CPL’s regular season, which is nothing to scoff at. You add in a run to the semi-finals in the Canadian Championship, where they only lost to CF Montréal on penalties, and a run to the semi-finals in CONCACAF League, which booked them a spot in the 2022 CONCACAF Champions League, and it was overall a great season for them.

Because of that, they’ve entered this year with a big chip on their shoulder, as they look to reclaim their CPL crown, especially after having gotten a chance to taste the Champions League earlier this year. You add in this final, on top of that, and it’s an even better chance to add to those coffers, becoming the first CPL team to win this tournament.

But to help them do that is a very different roster than the one that got them here. A lot of the core pieces remain, beginning with head coach Bobby Smyrniotis, along with the likes of Kyle Bekker, David Choinière, Alexander Achinioti-Jönsson and Triston Henry, but after that, they’ve seen a lot of changes, both in terms of arrivals and departures.

First, in the departures section, they saw David Edgar retire (and become a Forge assistant coach), and Anthony Novak join Cavalry FC, both ahead of the 2021 season. Then, having made it through that campaign, their third as a franchise, they lost Mo Babouli, Maxim Tissot, Elimane Cissé and Kwame Awuah this offseason, which was a big blow.

Especially given how important they were in their past success, that was a big blow, removing several key pieces to Forge’s organizational fabric.

To counter that, however, Forge did bring in some strong reinforcements to replace them. In 2021, they brought in Garven Metusala, Woobens Pacius and Omar Browne, and brought back 2019 standouts Emery Welshman and Tristan Borges, before going one step forward in 2022, nabbing Pacific stars, Alessandro Hojabrpour and Terran Campbell, as well as MLS veteran Ashtone Morgan, and the reliable Aboubacar Sissoko.

Through that, they’ve been able to keep their status as one of the top teams in the league, sitting fourth in the table as of writing, despite having a game in hand and dealing with all sorts of injuries.

So overall, while they’ve seen a lot of turnover, this is still the same Forge side, especially in the philosophy department, thanks to the continuity that Smyrniotis has done so well to provide his side. You add in that they’ll be able to count on eight regulars from their 2020 winning team, and that continuity will be huge in this game, especially given what they’ve been able to accomplish since.

We hope you've enjoyed our coverage of the 2020 #CanPL season.

Up next? TROPHY CELEBRATIONS 🏆

On Toronto’s side, however, things have been far more turbulent these past two years, as they’ve gone on a bit of a rollercoaster ride since that all-Canadian series.

To begin, they rode some highs, finishing that 2020 season by finishing second in MLS’s Supporter’s Shield race, backed by the MVP play of Alejandro Pozuelo. Things didn’t end the way that they would’ve liked, unfortunately, as they then shockingly fell 1-0 to expansion side Nashville SC in the first round of the playoffs, but overall, it was a pretty great season for TFC.

But then, things got turbulent. After a tidy run to the quarter-finals in the CONCACAF Champions League to begin 2021, as it was determined that they’d participate in that tournament with this final unable to be played (both sides reached a compromise that saw TFC take the CCL spot, in exchange for Forge being able to host an eventual final), the wheels then fell off in MLS play.

As a result, they went from second in MLS to second-last in less than a year, missing the playoffs by a wide margin. Not only that, but they failed to bring home any silverware, either, falling to Montréal in the finals of the Canadian Championship, their last opportunity to make something of that campaign.

So in 2022, they’ve been desperate to turn things around, trying to return to the heights that they did so well to reach between 2015 and 2019.

But while the results have been turbulent, that’s reflective of the overall turnover that TFC have faced since 2020, as unlike Forge, the team that will take the field for them in this game will be far different from the one that qualified.

Firstly, there’s their coaching situation, one that has seen them go through quite the run of names. When they qualified, they relied on their longtime manager, Greg Vanney, who had led them to one MLS Cup, one Supporter’s Shield and three Canadian Championships in his tenure with TFC, but at the end of 2020, he decided to leave to join the LA Galaxy.

Since then, it’s been a coaching carousel for the club, as Chris Armas first got the job at the beginning of 2021, but didn’t end up being a hit, leaving Javier Perez to take over as an interim for the rest of the season. After that, TFC would change their coach again at the end of that season, bringing in Bob Bradley from LAFC, reuniting him with his son, Michael, up north.

Then, in terms of players, it’s also been similarly turbulent, as since the beginning of 2021, 18 regulars have been either sold or loaned out, including the likes of Pablo Piatti, Yeferson Soteldo, Jozy Altidore, and Auro Jr, completely restructuring the shape of this team. They have brought in some interesting names to replace them, such as Jesus Jimenez, Carlos Salcedo, Lukas MacNaughton, and of course, the soon to arrive Lorenzo Insigne, but that has left this team in rebuilding mode, as they continue to adjust to all of those changes.

As a result, it’s been a tough start to the 2022 season for TFC, who sit in the bottom 10 again, four points off the bottom. They have made it to the semi-finals of the Canadian Championship, to be fair, but other than that, it’s mostly been a year of rebuilding and integrating kids into the lineup, such as the likes of Luca Petrasso, Kosi Thompson, Jayden Nelson, Deandre Kerr and Jahkeele Marshall-Rutty.

So for them, with just a half-dozen regulars remaining from 2020, including four starters, this is really a new-look TFC team taking the pitch on Saturday, which is something to watch out for. As they look to claim their competition-record eighth crown, they’ll now have to rely on some new faces to make that happen for them, which is only fitting given the interesting nature of this match.

Toronto FC qualify for the 2020 Canadian Championship Final after finishing 1⃣st with 12 points from six matches.

You can catch the 2020 Canadian Championship final between Forge FC and Toronto FC on Saturday, June 4th at 7 p.m. ET live on OneSoccer.