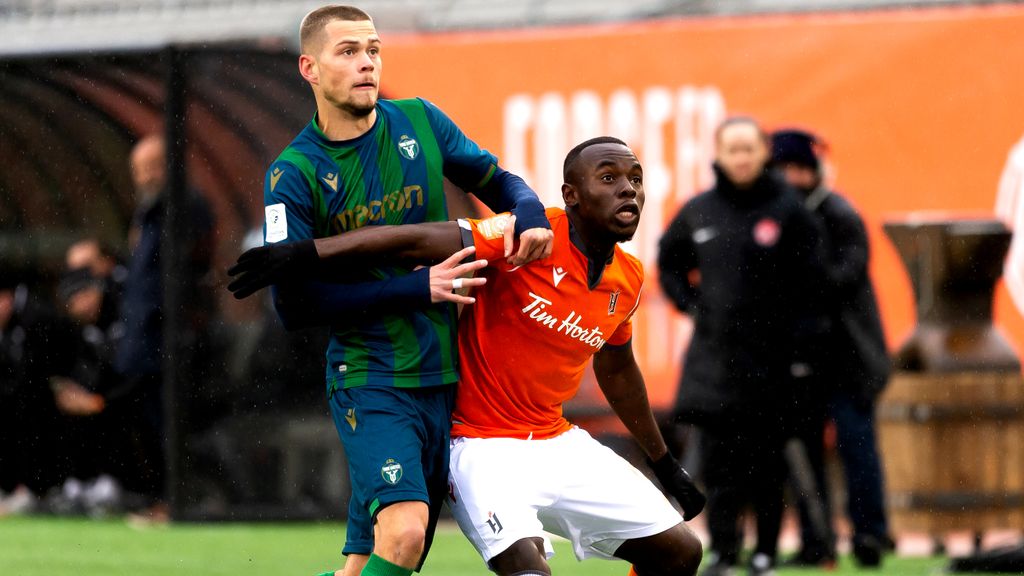 Awuah, who played for Forge FC for three seasons after leaving New York City FC, has been vocal about his desire to try and earn a spot back in an MLS roster, leaving Hamilton to first trial with the Vancouver Whitecaps during the off-season.

Sometimes you've got to take a step back to take two steps forward," Awuah said in an interview with our Oliver Platt.

"Sometimes it's just, maybe it's not my time but I’m going to keep working hard.  "Eventually there's going to be someone out there that's going to look at your game and say, 'I need this in my team.'"

While Awuah did not gain a spot in Vanni Sartini's 2022 squad, his MLS ambitions remain steadfast, joining St. Louis's second team ahead of the city's planned MLS expansion for the 2023 season.

“That was like, at least I have some reassurance that if it’s not meant to be here, because of the roster situation, I can definitely do it somewhere else.”

MLS NEXT Pro is a new league formed by MLS to give players a direct pathway from academy outfits to first-team soccer.

“MLS NEXT Pro is the perfect platform for us to continue laying the foundation as we build out our team ahead of our inaugural MLS season in 2023,” said Lutz Pfannenstiel, St. Louis CITY’s Sporting Director. “We were able to recruit some exciting and talented players while also being able to promote our academy players, which is very important for us as a club.

"From the beginning, we have always said we wanted to create a pipeline where our players can develop, and so we are extremely pleased to have so many players from the St. Louis region and from our St. Louis CITY Academy in the first-ever STL CITY2 roster, with the hope that some of them will go on to play on the first team in 2023 or beyond.”