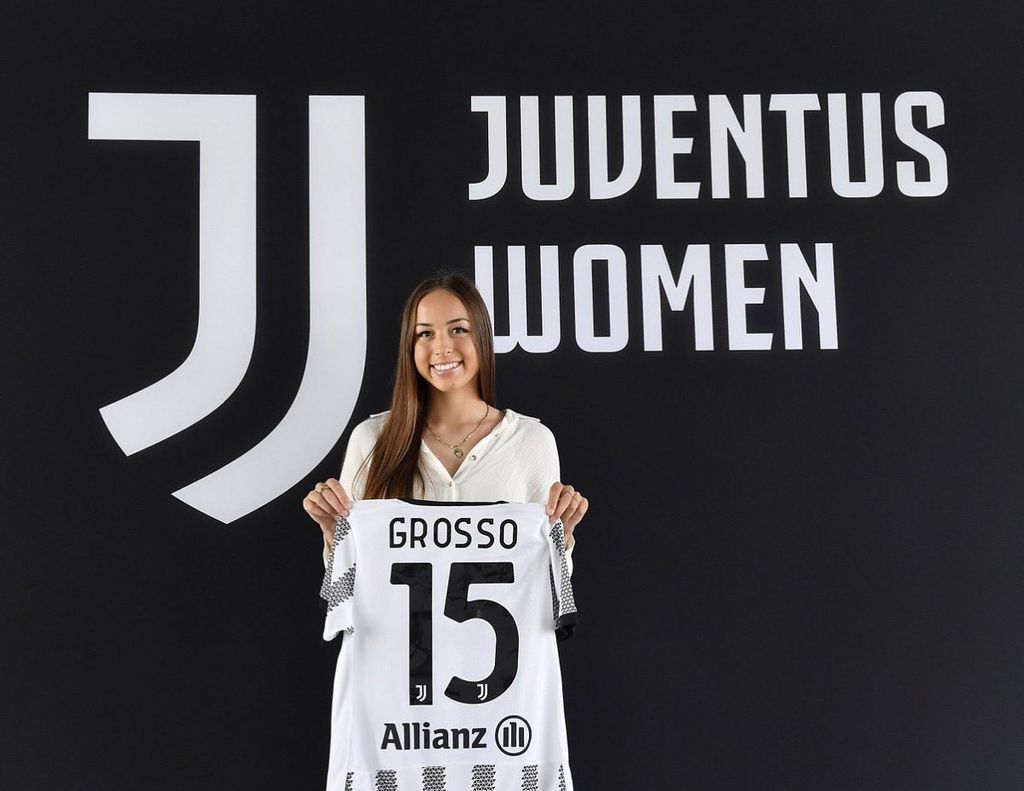 Canadian midfielder Julia Grosso penned a new deal with Juventus on Friday, keeping her in Turin through 2024.

Having signed for the famed Italian side at the end of 2021, Grosso impressed enough in her five-month stint with the club to earn this new contract, one that will keep her in Turin for at least two more seasons.

Originally arriving on a six-month contract, as per reporter Michael Singh, Grosso has so far made 14 appearances for the Bianconere this season, helping them lift their fifth consecutive Serie A title as Italian champions, as well as their third consecutive Supercoppa Italiana trophy. And they're not done there yet, either, as they still also have a chance to make it a domestic treble this weekend, when they'll take on AS Roma in the Coppa Italia final on Sunday, May 22nd, with an opportunity to lift their second-ever Coppa crown.

Before landing in Turin, Grosso was a standout with the Texas Longhorns at the NCAA level, scoring 15 goals and adding 12 assists in 42 games across three seasons in college.

Otherwise, the 21-year-old Grosso remains a key figure internationally with Canada, where she’s made 36 appearances, famously scoring the winning penalty in their gold medal triumph at the Summer Olympics last year.

She is expected to be called up for Canada's friendly next month against South Korea, their last tune-up ahead of the pivotal CONCACAF W Championships this summer.

The BIG news you have been waiting for… #Grosso2024 is confirmed! 😍🥇