The 29-year-old take the field as expected in a 5-4 loss to New York City FC on Sunday, meaning the Canadian midfielder has joined an exclusive club, becoming the first-ever player to reach 300 appearances for Toronto FC.

Having joined the club back in 2013, the 2022 campaign marks Osorio’s 10th with the Reds, a team he's enjoyed all sorts of success with over the last decade. As such, there are plenty of memories to pour through when looking back at his 300 games, from winning trebles, to making deep Champions League runs, and everything in between.

So with this club milestone in mind, here’s a look back at Osorio’s top five most memorable moments in a Toronto FC shirt:

You never forget your first.

There’s nothing more memorable as a young player than scoring your first goal with a new club. For Osorio, that moment came back on March 30th, 2013.

In what was just his third appearance for the club after signing from Toronto SC of the CSL at the end of 2012, Osorio would come off the bench in the 66th minute vs. the LA Galaxy with the game tied at 1-1.

It took him 10 minutes to do what would later become his trademark of sorts - make a tidy bursting run from deep, beat his defender and finish off a great low cross with a deft first touch.

Osorio's debut goal would prove to be wasted in the end, as LA would then stun the BMO Field crowd with a 92nd-minute equalizer to split the points, but it would still be a memorable day for Osorio, who gave his home crowd their first taste of what was to come.

In a sense, it would almost be fitting the way that Osorio would mark his 50th goal with TFC (all competitions) almost exactly nine years to the day of that first tally.

In a home clash against DC United earlier in March – and still chasing their first win under manager Bob Bradley – TFC were looking for a hero after Alejandro Pozuelo cancelled out an early tally from DC’s Russell Canouse to make it 1-1 before the break.

Enter Osorio, who stepped up for the job as he's done so many times for the Reds.

After a nice ball into the box from Luca Petrasso towards the back post, Osorio fond a way to meet it perfectly on a volley after a bursting late run (sound familiar?), sending his shot off the post and into the net from a tight angle.

It was a full-circle moment for Osorio, who much like he did nine years prior, found a way to be in the right place at the right time (and, coincidentally, at the exact same side in front of those same supporters!), helping his team with what would eventually stand as the game-winner.

With a solid Ottawa Fury side waiting in the semi-finals, and then either the Vancouver Whitecaps or the Montreal Impact in the final, you knew that TFC would fancy their chances of winning, especially as they entered the year fresh off their domestic treble.

And they’d live up to those expectations, too, dispatching Ottawa 4-0 across two legs, before downing the Whitecaps 7-4 in the final, which was capped off with a 5-2 victory at BMO Field.

Osorio would play a huge role in that, as well, scoring three goals across those four games, tying him for top scorer, while also earning him the George Gross Memorial Trophy as tournament MVP for his efforts.

Despite some of the players that TFC had on their team, Osorio found a way to once again deliver in the big moments, and as a result, that’d allow his team to add another trophy to their cabinet.

Yet, Osorio was fortunate enough to achieve all of that on December 9th, 2017, when TFC took on the Seattle Sounders in the 2017 MLS Cup final at BMO Field. In a rematch of the 2016 MLS Cup final where the Sounders beat TFC 5-4 on penalties after a 0-0 draw at BMO Field, Osorio and co. enjoyed a chance at revenge, having already responded to that heartbreak by winning the 2017 Supporters Shield and Canadian Championship.

So with a chance to cap things off with a domestic treble, TFC were looking to avoid sending their fans heartbroken a second year in a row, getting them that coveted league trophy win that they so desperately craved.

This time, they’d make it happen, as Jozy Altidore and Victor Vazquez would both score en route to a 2-0 win.

But forgotten in that was a strong performance by Osorio in a starting role, where he went 85 minutes, getting 1 shot on target, completing 95% of his passes, picking up 2 key passes, winning 8 out of 10 of his duels and making 2 tackles on the night. 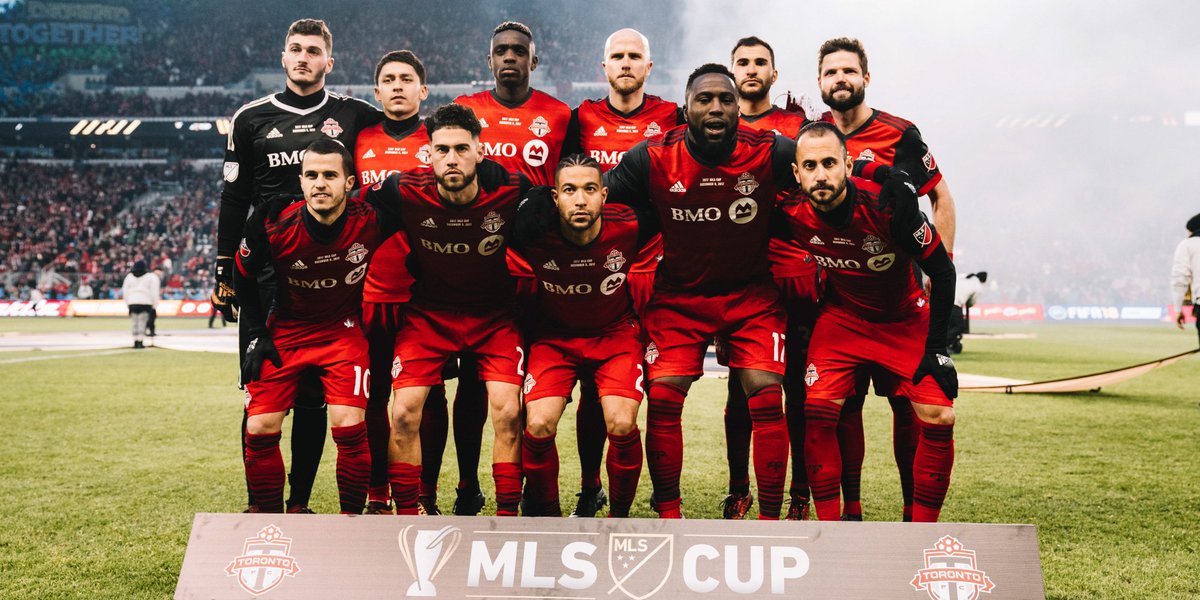 Having played the fewest minutes of any of his seasons for TFC in 2017 in a super-sub role with the arrival of Vazquez, the 2017 Final was a nice way to cap off the year for Osorio, who reminded people of his importance to the team no matter what role was asked of him.

The hometown kid came good in what was arguably his city's biggest club soccer moment. You love to see it.

There was a time when Jonathan Osorio took to the field against three of the giants of Mexican football ... and looked the absolute best player on the field in each outing.

In what may have been his richest vein of form in his career (so far), a hungry Osorio pulled a (slightly hungover) MLS Cup-winning Toronto FC all the way to the 2018 Concacaf Champions League Final.

From beating the Colorado Rapids 2-0 in the Round of 16, to advancing past Tigres on away goals in a 4-4 aggregate tie in the quarter-finals, and then dispatching Club America 4-2 in the semi-finals, TFC did not shrink in the face of a tough bracket, just falling short at the end.

Central to those efforts was Osorio, who scored four goals in eight games on that run, scoring a goal in every round and earning the tournament’s golden boot for his efforts.

His crown jewel moment came in the quarter-finals, where in the 89th minute of the first leg at home, with the score 1-1, Osorio would score a backheel to grab a late winner, which would eventually prove to be huge given that the aggregate score finished tied.

With that, he’d also cement himself as a CONCACAF cult hero, with a knack for scoring in big games in the competition.

That would also carry over to Canada’s World Cup run, too, where he’d score one of the most memorable goals on that journey when he nabbed the equalizer in a 1-1 draw against Mexico at the Estadio Azteca, a place they hadn’t drawn or won at competitively since 1981.

But as he showed on that Champions League run in 2018, cometh the big games, cometh Osorio, no matter if it’s for club or for country.