In path to becoming a 'soccer nation,' venues remain a key hurdle for Canada 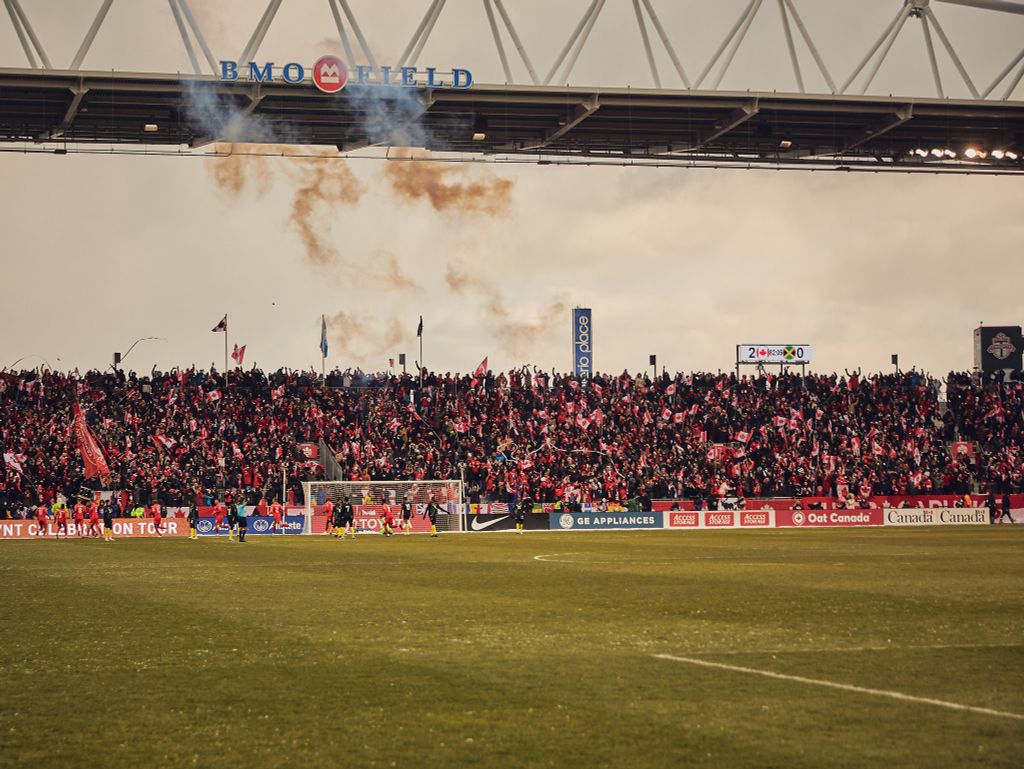 It’s been a big week for soccer-specific stadiums down in the United States.

First, Inter Miami earned approval from Miami City’s commission to build a 25,000 seat soccer-specific stadium at 'Freedom Park', slated to be completed in time for the 2025 MLS season. Then, a few days later, their expansion cousins Nashville SC enjoyed a home opener against Philadelphia for their new digs, the brand-new 30,000 seat GEODIS Park, the biggest soccer-specific venue in the country.

Meanwhile, up in Canada, there remains a dearth of such venues. In fact, other than Toronto's roughly 30,000-seat BMO Field and Montreal's 20 000 seat Stade Saputo, there are no other soccer-specific stadium boasting more than a 10,000-seat capacity in the country – and no other non-soccer-specific venue over that capacity that has a natural grass surface.

Vancouver nearly made the cut a few years back, as the Whitecaps had bold plans for a 15,000-30,000 seat Waterfront stadium... but those plans fell through, as they got stuck in a logjam of logistical and administrative issues.

We need to get the 30,000-seat Waterfront Stadium going, but it depends on making a good trade with the Port. This could be our Lions/Whitecaps stadium.

BC Place could eventually be demolished, and be rebuilt for our MLB and larger event needs. 1/2 pic.twitter.com/zQerNk4hHA

As a result, with the sport continuing to grow across the country, it feels like Canada is still catching up on the infrastructure to reflect that, especially at the highest levels... and, more specifically, for the National Teams.

For example, at the MLS level, Montreal, Toronto and Vancouver all have venues that were typically reflective of their markets, especially pre-pandemic. Thanks to the CPL, a crop of mid-to-small stadium options also emerged across the country, which is also something Canada needed.

But right now at the National Team level, in terms of scheduling for marquee games, each potential venue in Canada has its drawbacks.

Montreal, for example, has a great venue in Stade Saputo, but it is quite small, which is both good and bad. They do have the Stade Olympique just down the road, to be fair, which is the biggest stadium in Canada in terms of capacity for soccer, but it’s in need of significant structural upgrades, and has quite the questionable turf.

Then, in Vancouver, there's a nice and big stadium in a good location in BC Place, but with it being a CFL Stadium, it lacks a natural surface, and given the number of events that go through there, it's hard to imagine the turf changing over other than for extreme short-term situations. You can also copy-paste that issue for other CFL-focused stadiums such as Edmonton's Commonwealth Stadium, Regina's Mosaic Stadium, Winnipeg’s IG Field, Hamilton's Tim Horton's Field and Ottawa’s TD Place, too, among others.

Other than that, there are a handful of othervenues such as Starlight Stadium in Langford, Spruce Meadows in Calgary and Wanderers Ground in Halifax; each are quite nice and consistently bring in good crowds, but they are on the smaller side, finding themselves in the 5,000-10,000-seat range.

Many doubted that in 2021 we would be able to gather over 6000 people to enjoy the beautiful game at the Wanderers Grounds.

Not only did this happen, we did it together and we truly appreciate each and every one of you.

That leaves us with Toronto’s BMO Field, which of all of the stadium options, is certainly an enigma.

Canada’s biggest grass stadium boasts an official capacity of 28,000, expandable to 35,000 with temporary seating. It was originally built as a 20,000-seat stadium, but saw numerous upgrades over the years to get it to where it is now, including Tim Leiweke's massive reconstruction project from 2014 to 2016. It took a while for it to feel like a real stadium, as it first felt like a metal-rafter pop-up venue, before developing into the well-loved ground it is today.

But despite the charm that BMO Field has, Canada is slowly starting to out-grow it. We saw it at the National Team level this past year, where Canada’s clinching qualifier for the 2022 FIFA Men’s World Cup against Jamaica sold out in mere minutes, and it’s become especially true ahead of the 2026 FIFA World Cup, of which Canada continues to prepare for as a co-host.

For those unfamiliar with how it works, venues at a World Cup must be a minimum of 40,000 seats to host a game, 60,000 to host any knockout match beyond the quarter-final and 80,000 to host a final. That means that currently, only three stadiums in Canada could host a match in a World Cup - BC Place, Commonwealth Stadium and Stade Olympique, with just the Stade Olympique able to hold a quarter-final.

With those three stadiums featuring turf surfaces, they’d also have to install grass just to host any games (as well as address any infrastructural problems, which are further issues.

The good news, however? BMO Field is slated to undergo renovations ahead of 2026 as part of their cities bid for the competition (currently Toronto, Edmonton and Vancouver are in Canada’s bid book for that tournament), of which they’ll expand to 45,000 seats, so that’ll eventually make it four total options – a positive development.

On top of that, Vancouver and Edmonton would have to switch to grass as well, something that you've got to wonder could be permanent on both ends.

Toronto report on 2026 World Cup games. Takeways:
-TO expecting financial help from feds and province
- Desire to include BIPOC and 2SLGBTQ+ communities in planning and legacy projects
- BMO Field refurbishment would start in 2024 @TSN_Sports @TSNSoccer https://t.co/w6MGeIMooS

That’s key. As seen in the past, Canadians will show up for big matches. Massive crowds at the 2015 Women’s World Cup and attendances during this latest run of men’s World Cup qualifiers show that the interest can be there in flashes – flashes which continue to spark so much more.

As Canada continues its bid to try and become a 'soccer country', venues are a key piece needed to fill in the puzzle.