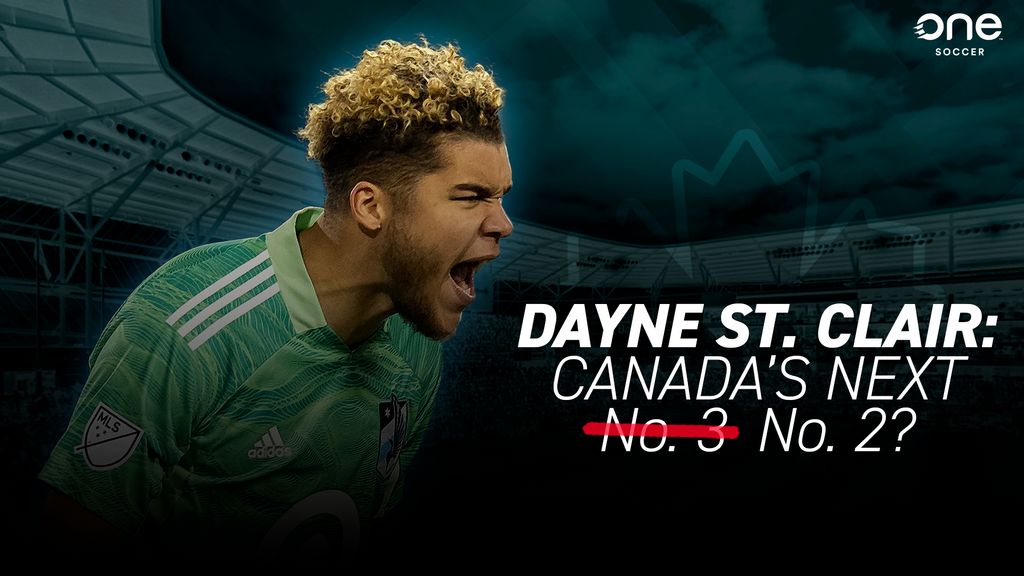 If you were watching last weekend's match between CF Montreal and the Vancouver Whitecaps, you may have witnessed that very battle brewing. As the two Canadian outfits took to the field, the focus was naturally on 24-year-old Sebastian Breza of Montreal, and Vancouver’s 22-year-old shot-stopper Thomas Hasal.

After 90 minutes, Breza's Montreal stood victorious over Vancouver 2-1, but what to make of the two?

Tosaint Ricketts did have the beating of Breza late on, after all ... even if VAR called back the late equalizer.

On the other side, and despite conceding two goals away from home, Hasal could hardly be considered at fault for Vancouver's loss, putting up a commendable showing of his own with a number of key saves.

So, to whom does the advantage go, then?

Well... we may have been looking in the wrong place.

While this head-to-head took place, over in Minnesota, 24-year-old Dayne St. Clair continued to loudly tell the rest of the league - and Canada's coaching staff - where he stands in the pecking order.

And it's not number three. St. Clair is making a play for second-in-command.

Facing off against the top team in MLS’s Western Conference last year in the Colorado Rapids, St. Clair made 7 saves in a 3-1 win – many of them spectacular.

He nearly single- (well, double-)handedly saved his way to all 3 points, allowing the Loons to snap a two-game losing run.

Yet, that’s just been what St. Clair has been up to recently. Having started the year as Minnesota’s backup to Tyler Miller, he had to sit patiently on the bench through his team’s first two games, waiting for that opportunity to play.

As a result, it felt like he was slowly slipping down the CanMNT depth chart, with Breza and Hasal both playing regularly at their clubs.

It became harder to imagine that St. Clair would have an edge over either of them unless he was playing, no matter how highly rated he was by the Canadian staff.

But when Miller picked up an illness ahead of a clash against the New York Red Bulls in March, St. Clair stepped in, put up a player of the week performance with 8 saves in a 1-0 road win, and clawed his way right back into the conversation.

🛑 Dayne 🛑 St. 🛑 Clair 🛑@SaintC17 stood on his head to earn Player of the Week! pic.twitter.com/EqOxFCtER3

It's why St. Clair, and not Breza or Hasal, served as the no. 3 goalkeeper for the CanMNT in their March window, as Les Rouges clinched their spot at the 2022 World Cup.

Since then, St. Clair hasn’t looked back, playing in all 5 games for Minnesota since his Red Bulls return, even as Miller returned to full health.

Not only is St. Clair a starter once more; he’s continued to be dominant, with this latest performance vs. Colorado just the latest example of his rich return to form.

To get an idea of how far ahead St. Clair is compared to his Canadian contemporaries, consider this.

Crepeau has been one of the more dominant goalkeepers in MLS over the past 3 years, sitting as Canada’s backup (and borderline #1A) for a reason.

And yet, here we are.

Here’s a look at some key statistical markers from each of the 4 Canadian goalkeepers in their respective MLS campaigns so far: 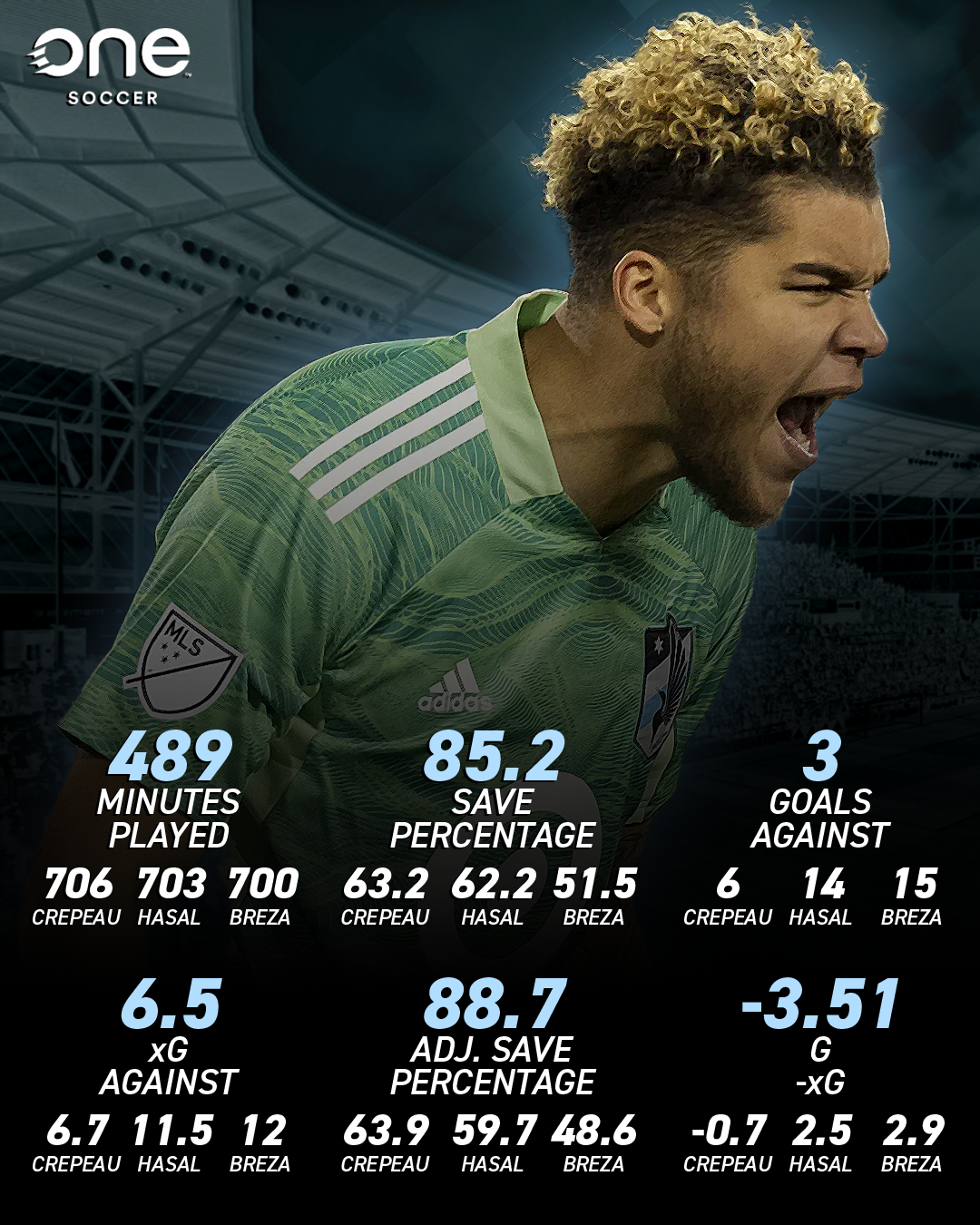 (G-xG= goals allowed below or above Expected. xG= Expected Goals. Adj save%= G-xG + Save%.)

Despite playing fewer minutes than each of his other counterparts, St. Clair has more saves, a better save percentage, has conceded fewer goals against and has saved more goals relative to his xG than any of 'em.

Not only that, but the gap isn’t even close in both the save percentage and the goals against relative to xG - seen as two of the main metrics in analyzing goalkeepers.

If you look around the league, St. Clair also leads all MLS goalkeepers in both of those stats, too, just for some perspective.

It’s going to be an interesting year to keep an eye on St. Clair.

If he keeps up the numbers that he currently has – a tall task, to be sure – he's on pace for one of the most dominant in MLS history.

Not only will he be a lock for Canada’s #3 spot ... there could be an argument made for him to at least compete with Crépeau for minutes on the team ahead of the 2022 FIFA World Cup.

The one big factor hanging over St. Clair right now is consistency.

As we saw then, Miller was right there waiting when he slipped up, and it led to a run where St. Clair barely played last year.

If he can keep going in Minnesota’s goal, however? Watch out.

He’s been rated quite highly among observers for a reason.

Inexplicably, it seems we are witnessing the rise of another Canadian starting lineup candidate.

Oh to be John Herdman in the selection room today.