'He's hit his markers': Herdman ready to field strongest Canada side vs. Belgium in World Cup

Alphonso Davies says he's 'ready to start' for Canada in their first match at the 2022 FIFA World Cup in Qatar, as he rounds out his recovery from a minor hamstring strain sustained with Bayern Munich earlier in the month.

Davies walked off clutching the back of his right leg in Bayern's Bundesliga clash vs. Hertha Berlin on Nov. 5, just two weeks before the start of the World Cup. It left his Canadian teammates and manager John Herdman fearing the worse-case scenario of losing their leading man for the tournament, despite Bayern indicating a swift return was possible.

On Tuesday, the day before the match, Herdman told reporters Davies had finally hit full-speed sprints in training.

"You've got to ask the questions, first game, what's the risk, what's the second game risk?" Herdman outlined to reporters during his matchday-1 press conference.

"But at the end of the day, Phonzy's fit now; he's hit his markers, he's ready to go, he's flying – we can field our strongest team."

For his part, Davies was also confident he'd be able to return in time for Belgium on Nov. 23.

"Yeah, I'm good," Davies told TSN's James Duthie. "When I picked up the injury, at first I was devestated, not just for me, but for the team I was playing on at the time (Bayern Munich) and for the World Cup. But luckily, it wasn't too bad of an injury. I'm still in recovery, still trying to heal, and it's going well and I'm just happy to be here and to represent my country.

"I think I can start the first game, and play the first game. They wouldn't put me on the pitch if it was 50-50; I think they 100 percent knew I would recover well and play in this tournament. 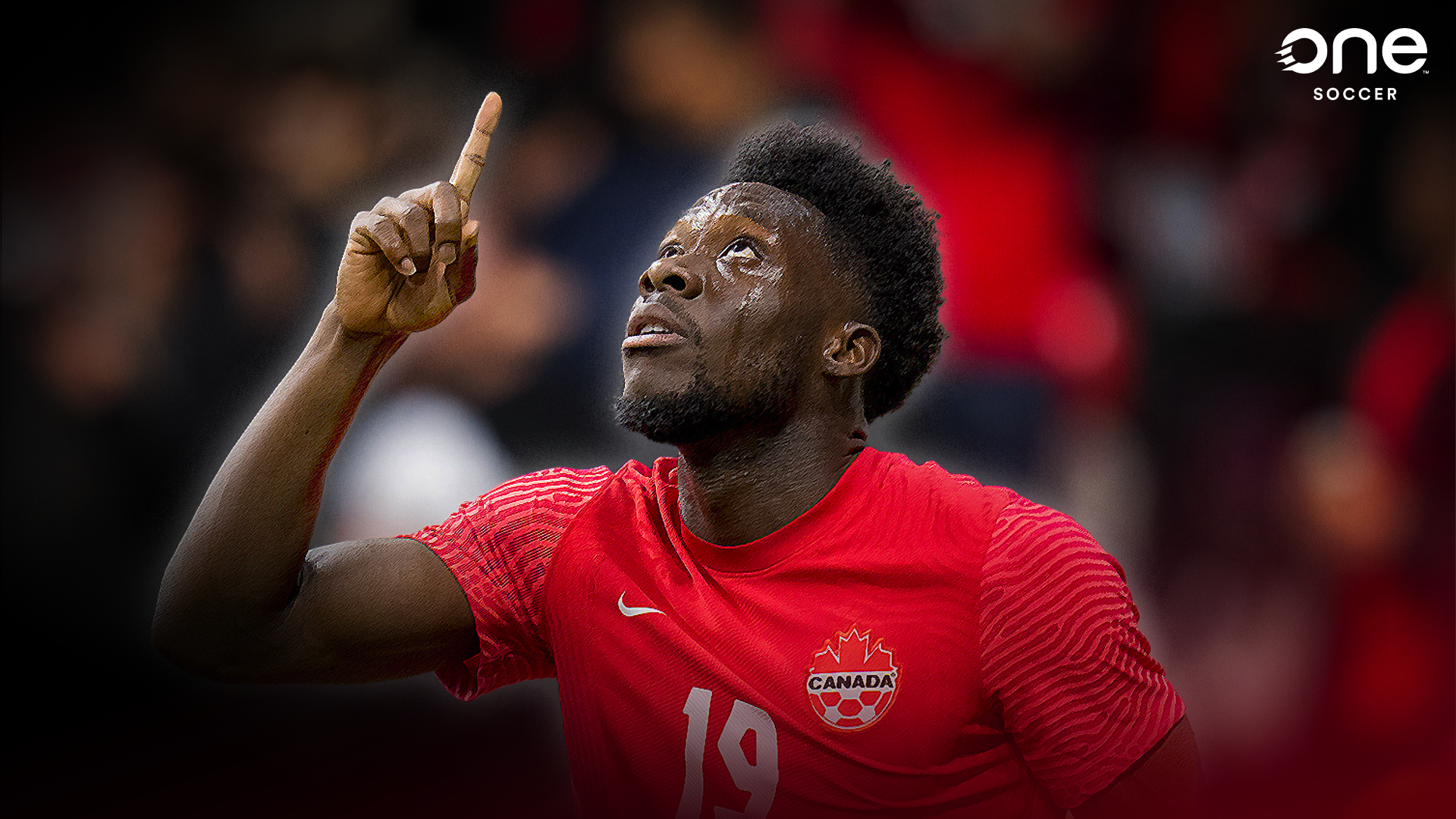 Canada will be returning to the World Cup for the first time since 1986 on Wednesday, as they kick off their Group F campaign against European powerhouse Belgium. They, too, are a team reeling with key injuries as star striker Romelu Lukaku has been ruled out for the Red Devils' first two games of the World Cup.

Lukaku is just one of many star players out for the 2022 World Cup, a growing list that also includes 2022 Ballon d'Or winner Karim Benzema of France.

"It's devestating for him as an individual, and for his team as well," Davies said, of Benzema. "You never want to hear that news that you're out of the World Cup. I have a teammate, Sadio Mane, who's not here as well (for Senegal). It's not good news, but you see it often – a lot of players are going down with injuries. They'll definitely be back, better and stronger."

He added: "I was very grateful that I was able to recover in time for this competition. My mind was racing. I was obviously thinking about the competition when the injury happened, but everything worked out well. It was lucky, but unlucky at the same time.

"It was scary. I didn't know how long it would be. When we did the MRI, they said two weeks, so luckily it was enough time to get back." 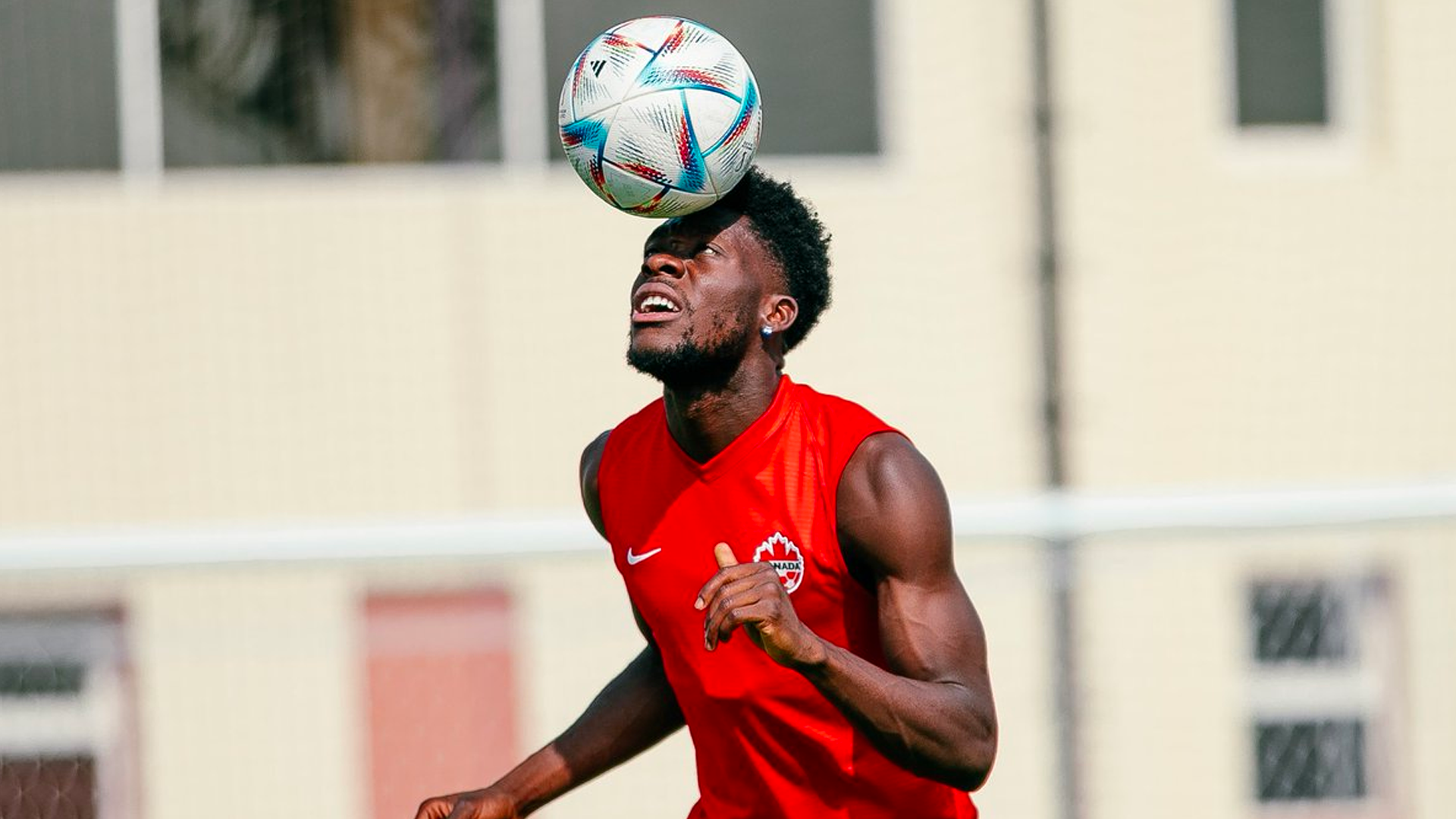 For Davies, part of his preparations include soaking in a new experience for his country.

This is Canada's first World Cup appearance in 36 years; no one on the roster has ever experienced this tournament before.

"Leading up to this World Cup, everyone knew when we made it that we were going, but us players, we still didn't believe it until we got here and looked around. For me, it started when I was on the plane, and saw 'headed to Qatar' – I couldn't believe it. I sat down in my chair and thought to myself, 'this is an amazing accomplishment. I'm really going to a World Cup!' I had my little dancing moment iny my seat. I was truly excited.

"The guy next to me is looking at me like 'what's wrong with this guy?'," he added, with a laugh.

Still, the moments surrounding the event will ultimately pale in comparison to the one moment Davies and his teammates have been dreaming of for four years; that first whistle against Belgium.

The World Cup is, at its core, a series of football matches, when stripped of its pomp and circumstance.

To that end, Davies is hoping Canada can show the world what they're all about.

"I feel like some people are thinking we're going to be scared, sit back, and defend the whole time. We can't be afraid to attack, and show what we have, and bring the fight to them."