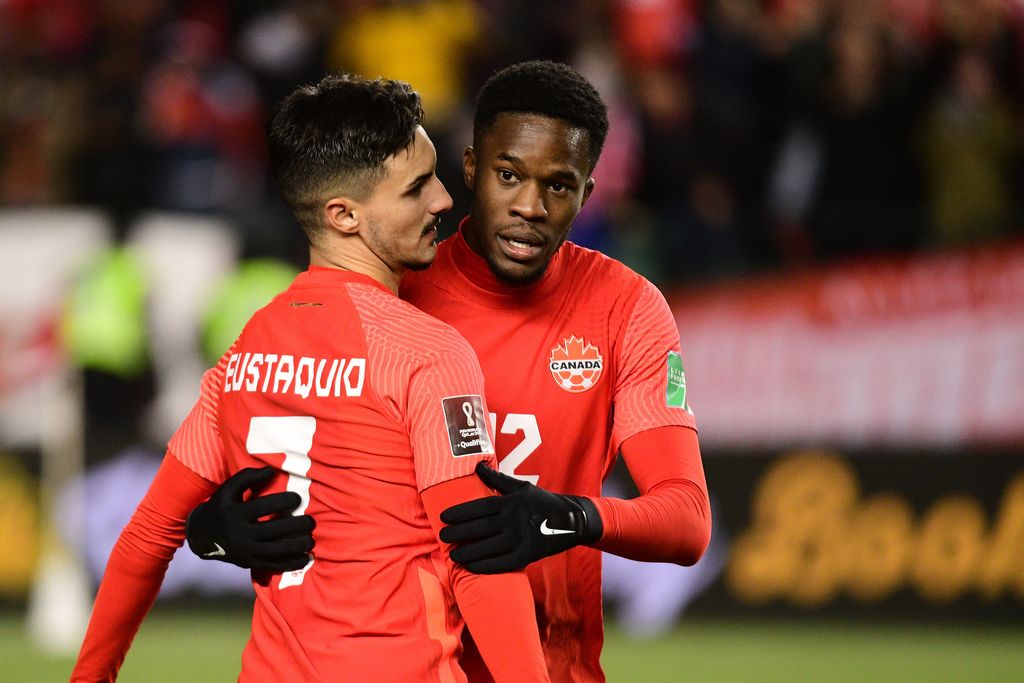 It all started with a DM.

Born in England and of Nigerian descent, Ugbo had actually lived in Canada for a while before moving back to England, making the striker eligible to play for all three nations.

However, up until that point, playing for Canada had hardly crossed his mind; he started to break in as a full-fledged professional at KRC Genk, after all, and the Three Lions and the Super Eagles were more attractive options.

Ugbo decided to DM his old mate from Canada about potentially playing for Les Rouges. The DM caught Henry off-guard.

"I'll never forget it," Henry told OneSoccer's Kristian Jack earlier in the year. "After the Panama game, I got a DM from someone very well saying 'I want to get involved, I want to play for Canada' - and it was Iké Ugbo!"

After Henry's initial surprise, and a quick conversation with Ugbo to ensure that he wasn't just messing around with him, the wheels were quickly set in motion.

CanMNT head coach John Herdman reached out, too – and eventually sealed the deal on Ugbo filing a one-time switch.

The rest, as we like to say, is history.

Less than a month later, Ugbo was in Edmonton making his debut for Canada, coming off the bench in a 1-0 win over Costa Rica in what was the start of a rapid journey towards him becoming a key part of the brotherhood that eventually snapped Canada's 36-year Men's World Cup drought this past March.

"It’s nice to have those kinds of options," Ugbo reflected, in conversation with OneSoccer after last week's Concacaf Nations League tilt against Curacao in Vancouver.

"I spoke with (Herdman) initially, and he convinced me to choose Canada, with the way that Canada was moving and the direction that they were looking to go in.

"It’s showing now that we’re going to a World Cup."

He added: "Yeah, I've definitely been enjoying it. Since the first camp, getting to know the team, the style of play that the coach wants, it's a different style of play from what I'm playing but I'm adapting to it, and I'm learning something with each training session."

A product of @ChelseaFC
Now shining at @KRCGenkOfficial

One DM, and Ugbo will get to live out a childhood dream later this year, when he is expected to officially take the field in Qatar as part of a select group to make up Canada's roster for the 2022 World Cup.

Funny how it goes, eh?

The moment hasn't quite sunk in for Ugbo yet, as he admits the journey still seems quite surreal.

"The closer that it gets, the more excited you get," Ugbo explained. "At the start, I couldn't imagine it, I couldn't really believe it, but I think the closer we get to it, the more I start to get excited.

A long way away from where it all began

Life, and soccer, look a lot different for Ugbo these days.

Once in the Chelsea academy, Ugbo got caught up in their famed 'loan army' pool, finding himself on loan after loan to clubs in the lower divisions of England, where he struggled to get much success.

After some frustrating spells, he decided to give the second Dutch division a shot, joining Roda SC on loan.

It paid off for him, as he scored double-digit goals for the first time as a professional, leading to top-flight Belgian side Cercle Brugge next taking him on for a loan spell during the 2020-21 season.

From there, he kept soaring and scoring, notching 17 goals in all competitions to emerge as one of the hottest properties in the country.

He caught the attention of Belgian giants Genk, who dropped a sum of approximately $4 million dollars to acquire his signature at the start of this past campaign.

No regression in Belgium, either.

Ugbo started the year with Genk by scoring six goals come January, all while making his debut with Canada.

His signing looked to be a shrewd acquisition for both teams.

But despite things looking decent at his new club, with his minutes at Genk not assured, Ugbo decided to head out on loan to Ligue 1 side Troyes. 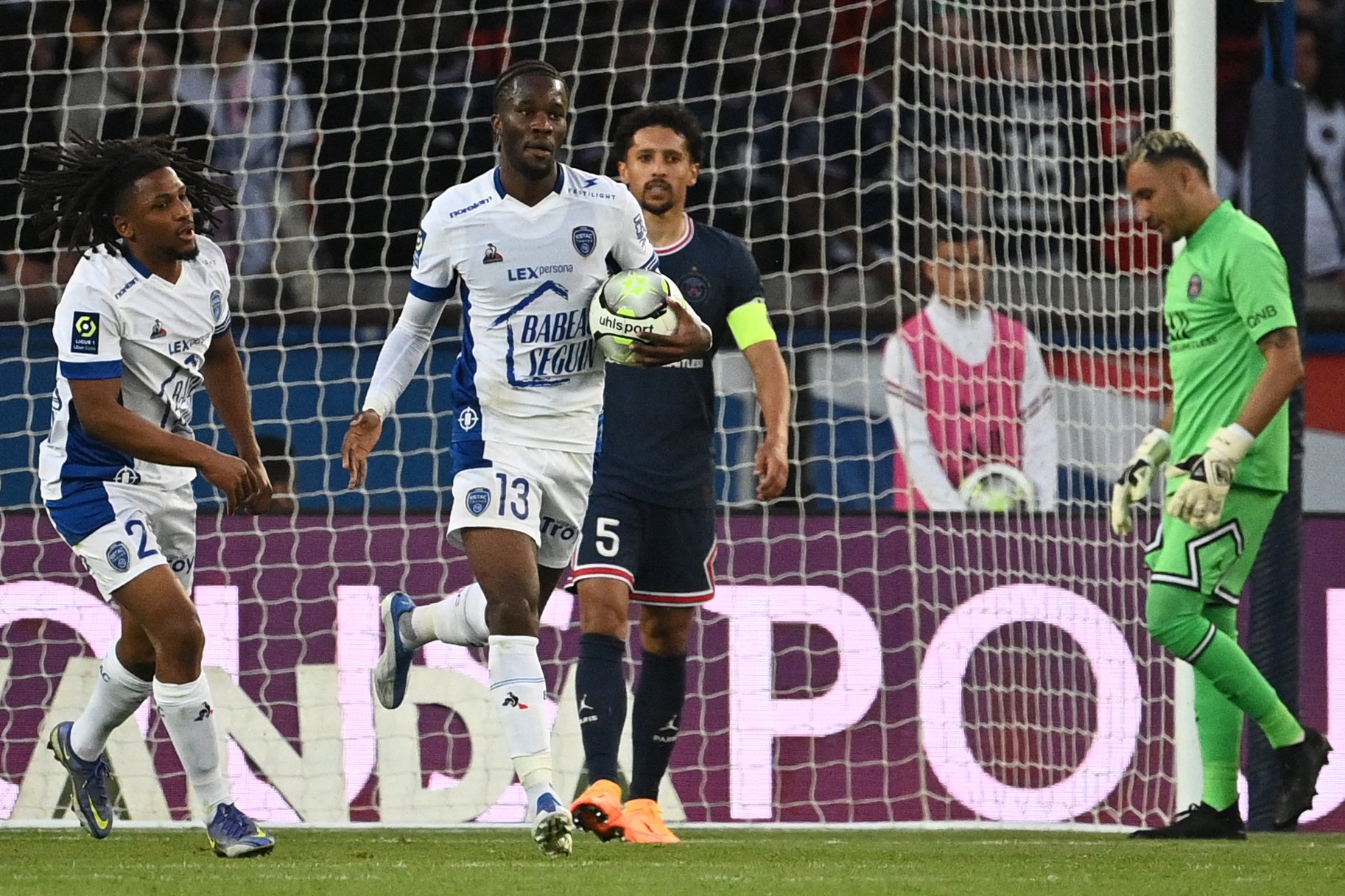 There, he had a pretty memorable second half of the season, scoring five Ligue 1 goals for his side as they survived a narrow relegation fight, looking quite comfortable in his first regular foray into a top-five league, producing at one of the highest rates in the league in his time in France.

While it might not have been how he envisioned his season ending when it kicked off, he has no complaints about the experience, especially given the sort of form that he found at the end of the year, which included a goal against PSG at the famed Parc Des Princes, among other highlights.

"It was a nice league," Ugbo said of his time in Ligue 1. "I enjoyed the experience. We had a lot of pressure being in the relegation battle, but I was happy to add my goals, and to help keep the team in the Ligue 1."

Things are looking up right now for Ugbo.

At the club level, he's returned to Genk (for now), but it appears a return to Troyes is imminent, which would be great news for him.

If for whatever reason that move doesn't work out, returning to Genk permanently would not be a bad alternative; should he leave, there won't be any shortage of suitors for the 23-year-old striker.

His stock has also risen with the CanMNT, too; Ugbo recently made his first start after a run of substitute appearances, showing that he's very much in the discussion with Jonathan David and Cyle Larin to lead up front for Canada.

All that's left is to figure out now is his club situation, and then get back to scoring goals, something that he'll then look to carry over to country, where he is still chasing his first tally.

When that first goal comes, he'll make sure to celebrate it accordingly, marking another milestone in this unique journey towards where he is today.

"There's always some nice pressure," Ugbo offered, to that end. "I think being a striker, there's always that kind of pressure to score (your first) but I'm always excited to step up to the plate and show what I can do and bring to the team, because we're already a good team."

Great to see a 1st #CanMNT start for Iké Ugbo today, a big chance to see him build off his 40 mins for Canada so far

Overdue chance for him