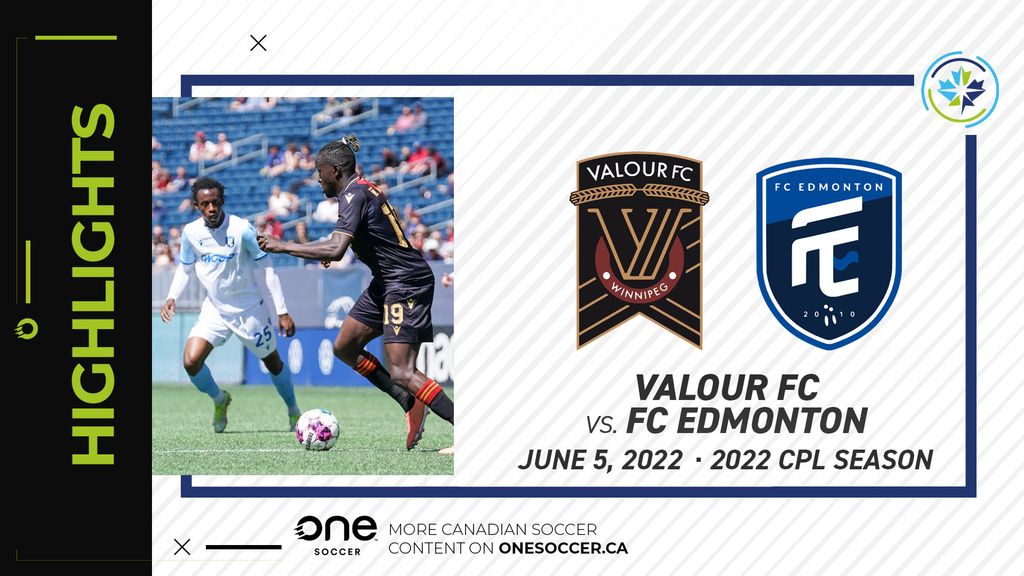 FC Edmonton seemed destined to finally pick up their first win of the 2022 season on Sunday afternoon at IG Field in Winnipeg, but a late header from William Akio made it 1-1 and stole a point for Valour FC at the death.

It would take 16 minutes until the first shot was taken, by Akio. He ran onto a lobbed pass over the backline, taking a touch off his body to beat a defender before going one-on-one with Eddies goalkeeper Andreas Vaikla. The Estonian international made himself big to turn away the shot, and kept the game scoreless.

Those would be some of the most involved players in the opening half, with Akio firing several shots at the Valour netminder. Vaikla was able to smother another shot from Akio from distance, and was forced to dive for a third shot from the South Sudan international that missed the far post by a couple of inches.

Andrew Jean-Baptiste, returning to the pitch after an injury, and Brett Levis also missed the target with shots in the opening half as Valour had the majority of the scoring opportunities. It would be the visiting side that took advantage of their chance in the opening half, however, as FC Edmonton took the lead in the 32nd minute.

Gabriel Bitar picked up the ball deep in his own half, before running playing a give-and-go with a teammate to give himself a lane to run into in the middle of the park. Valour didn’t do enough to close him down, and he sliced his way up the pitch, before playing a perfectly-weighted pass into the path of Mamadi Camara. Camara caught up to the ball and delicately chipped it over the rushing Jonathan Sirois to give his team the 1-0 lead they would take into halftime.

The second half featured a number of shots again, but many of them were off target. After being outshot 6-2 in the opening half, it was Edmonton who were on the front foot for a lot of the second half.

As the clock was winding down, ticking toward a first win for FC Edmonton this season, Valour piled on the pressure and were sending waves of attacks their way, desperate for an equalizer. With the fourth and final minute of stoppage time coming to an end, Matthew Catavolo sent a cross to the back post, where William Akio was there to dive and head the ball past Vaikla for the tying goal.’

The referee blew the final whistle a few moments later, and the two sides left IG Field with a point each.

The draw snapped a five-game losing streak for FC Edmonton, and extended Valour’s winless streak to four matches. It’s the fourth draw for Edmonton this season, and a much-deserved point, but they’re still looking for their first win of the season.