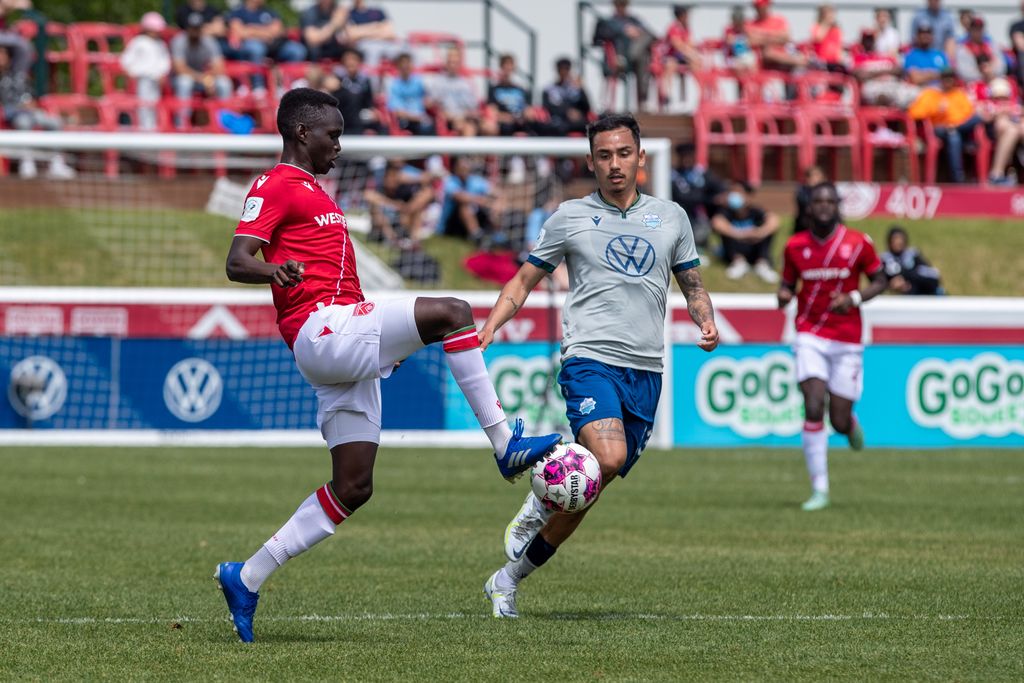 The Gatorade Team of the Week for the tenth week of Canadian Premier League action in 2022, brought to you by Kristian Jack and OneSoccer’s Oliver Platt. 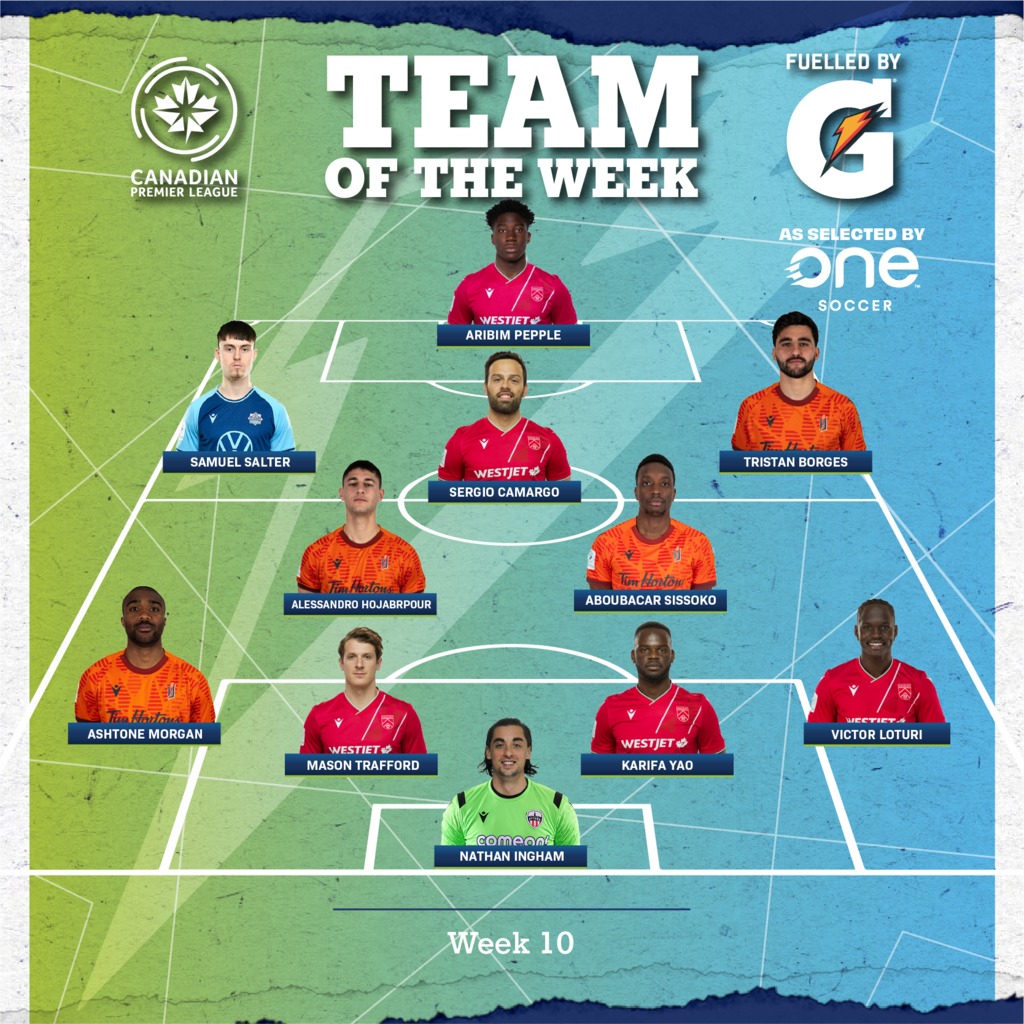 Ingham was just about perfect in Ottawa’s 0-0 draw with York United on Tuesday, making four saves — including one remarkable reaching effort to tip away a dangerous deflection off Osaze De Rosario in the second half — to preserve his fourth clean sheet of the season.

A midfielder by trade, Loturi played two games at right-back in the past few days, at home against HFX Wanderers and again at Valour FC. He was aggressive in the two games, leading his team in balls won both times and defending very capably — Loturi was successful with four out of five attempted tackles against Valour.

Yao only featured in one of the Cavs’ two games in this matchweek, missing the Valour game due to suspension, but he was immense as usual against HFX. He made five clearances and won six duels (3/4 in the air), also contributing further up the pitch with an assist to Aribim Pepple for the winning goal.

Across two full games this week, the Cavalry captain attempted 120 passes and missed just five of them. He made 13 total clearances (a whopping nine of them against the Wanderers), and he too contributed to the attack, scoring the eventual match-winning goal against Valour with a very good finish out of the air on a set-piece.

The veteran fullback put in another excellent showing for Forge in their statement win over Pacific FC on Sunday. Morgan scored the first goal himself with a clever run into the box and a good left-footed finish, and he also won the penalty kick that gave Forge their third goal. Morgan continues to mesh with his new teammates in Hamilton, building an excellent partnership along the left side with Tristan Borges in particular.

Since moving into midfield from right-back a few games ago, Sissoko has been nothing short of dominant for Forge. The former Montréal Carabin won 11 duels against Pacific, and he played a key role in winning the ball and advancing it quickly in the lead-up to the first two goals. Sissoko’s ability to cover ground and get forward when necessary makes him a very difficult player for opposing midfields to neutralize.

Hojabrpour put in a top-class performance against his former club Pacific on Sunday, with a 94% pass accuracy and winning possession seven times. He sat at the base of midfield to allow teammates Sissoko and Kyle Bekker to drift further forward, and he was constantly taking away space and blocking passing lanes to prevent the visitors for playing any real attacking moves through the centre of the pitch.

After a slower start to the season, Borges has been in red-hot form of late, now sitting just one goal back of the golden boot lead with five in total. He added another to his log on Sunday, finishing David Choinière’s cross after a well-worked quick play from the right side, but for the full 90 minutes he was a handful for opposing fullback Kunle Dada-Luke. Borges created two chances and had a team-high five touches in the box as well, causing problems for Pacific in a variety of ways.

It’s been a somewhat up-and-down season for Camargo to this point, but the past week has been undeniably more up than down for the creative attacker. Camargo played the final 25 minutes against Halifax as a substitute and he started against Valour, making key contributions in both outings. He put himself on the scoresheet for the first time since October 30 in the Valour game on Wednesday, firing a well-placed shot past Jonathan Sirois from well outside the box.

Salter earns a nod in this team of the week because of his work in Edmonton on Tuesday night. In a match where the Wanderers needed moments of individual quality to break open the Eddies and come back from 1-0 down, Salter delivered; he scored two goals within six minutes of each other in the second half to turn the game around for HFX and secure three points on the road. He’s now got four goals to his name in the CPL this season, leading his team and putting him third in the entire league.

Cavalry’s latest teenage sensation can’t seem to stop scoring. Since bagging his first professional goal at York United, he’s gone on to score in each of his next two games, bringing his current streak to three. His strike against HFX stood as the winner in a 1-0 result, and he was perhaps even more impactful against Valour, as it was his touch that deflected off a defender for the first Cavalry goal, before he scored one himself later in the second half.