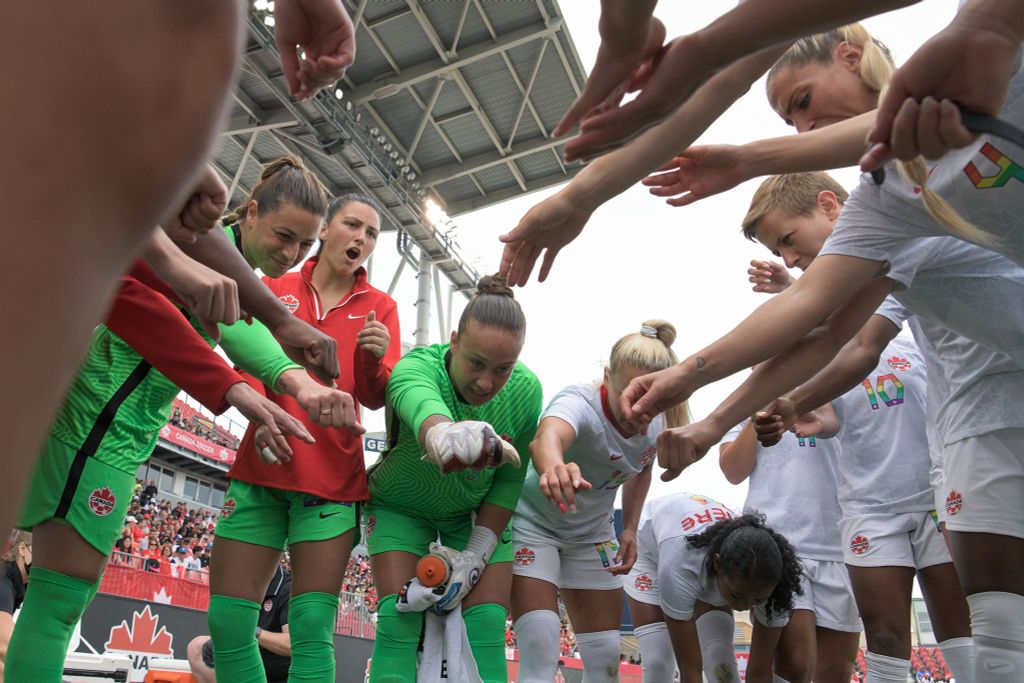 MONTERREY – Lost in the shuffle of all the storylines for the CanWNT at the CONCACAF W Championships is an important one - the post-Stephanie Labbe era has kicked off, and in a big way for Canada.

When Canada’s ‘Minster of Defence’ retired earlier this year, some worried that Canada would struggle to fill the shoes of a larger than life Canadian icon, one who played such a big role in their Olympic triumph last summer.

Yet Labbe’s replacement, Kailen Sheridan, has quickly helped make those thoughts disappear for many, as she’s certainly made the most of her opportunity to hold down Canada’s goal down in Mexico.

As a result, despite Canada’s painful 1-0 loss to the US on Monday, she was able to take home the golden glove as the tournament’s top goalie, an award that was fully deserved for her, especially given her performance in the final.

Despite facing a whopping 17 shots, including six on target, Sheridan held strong all night, allowing just one goal via the spot, otherwise standing tall to the 3.14 Expected Goals (xG) that the US threw at her.

From flying stops, to acrobatic efforts, Sheridan did it all on Monday, impressing onlookers, including her own teammates, who were still surprised by her efforts despite seeing her in training every day.

“She had the performance of her life,” Gilles told reporters afterwards. “I think half the time she was making saves, if you panned the camera to my face, you’d see my jaw sitting on the floor.”

“So yeah, I think she's incredible, on and off the field, she's an incredible human being, and I think she really brought her bread and butter tonight.”

This is a Kailen Sheridan appreciation tweet 🧤#CanWNT | #CanXNT pic.twitter.com/6XiOI9w0cD

But that shows why the 27-year-old Sheridan has been able to slip so seamlessly into this team ever since Labbe’s departure. After nearly missing out on Canada’s gold medal triumph last summer due to a quad injury, she showed great resilience in her recovery to make it back in time, allowing her to be there when Canada conquered that mountain.

A fiercely popular teammate, as Gilles noted, Sheridan’s work ethic has not gone unnoticed, as her teammates have watched her grind as she bided her time to get the shot she deserved.

Despite her excellent play in the NWSL, where she’s been one of the top goalkeepers for the past six seasons now, with Labbe holding down the goal for Canada, she was unable to grab more than a dozen appearances for her country heading into this year.

Through that, however she kept on grinding, and it’s paid off for her, as she’s not only emerged as an acceptable replacement for Labbe now - she’s arguably been the perfect replacement for Canada’s former #1, continuing a long line of Canadian goalkeeping excellence.

“Yeah, I think a lot of people talked about Stephanie Labbe in the Olympic Games, and those were big shoes to fill (when she left), but I think Kailen has shown that she's ready,” Canada’s head coach, Bev Priestman, said on Monday. “She performs week in and week out against some of these players, and I thought she was fantastic here.”

“She showed her leadership, she cool, calm and collected, had a good approach with and without the ball, and I think that trust now between the team and Kailen is there.

“This is just the start for her, really, and that's the most exciting part.” 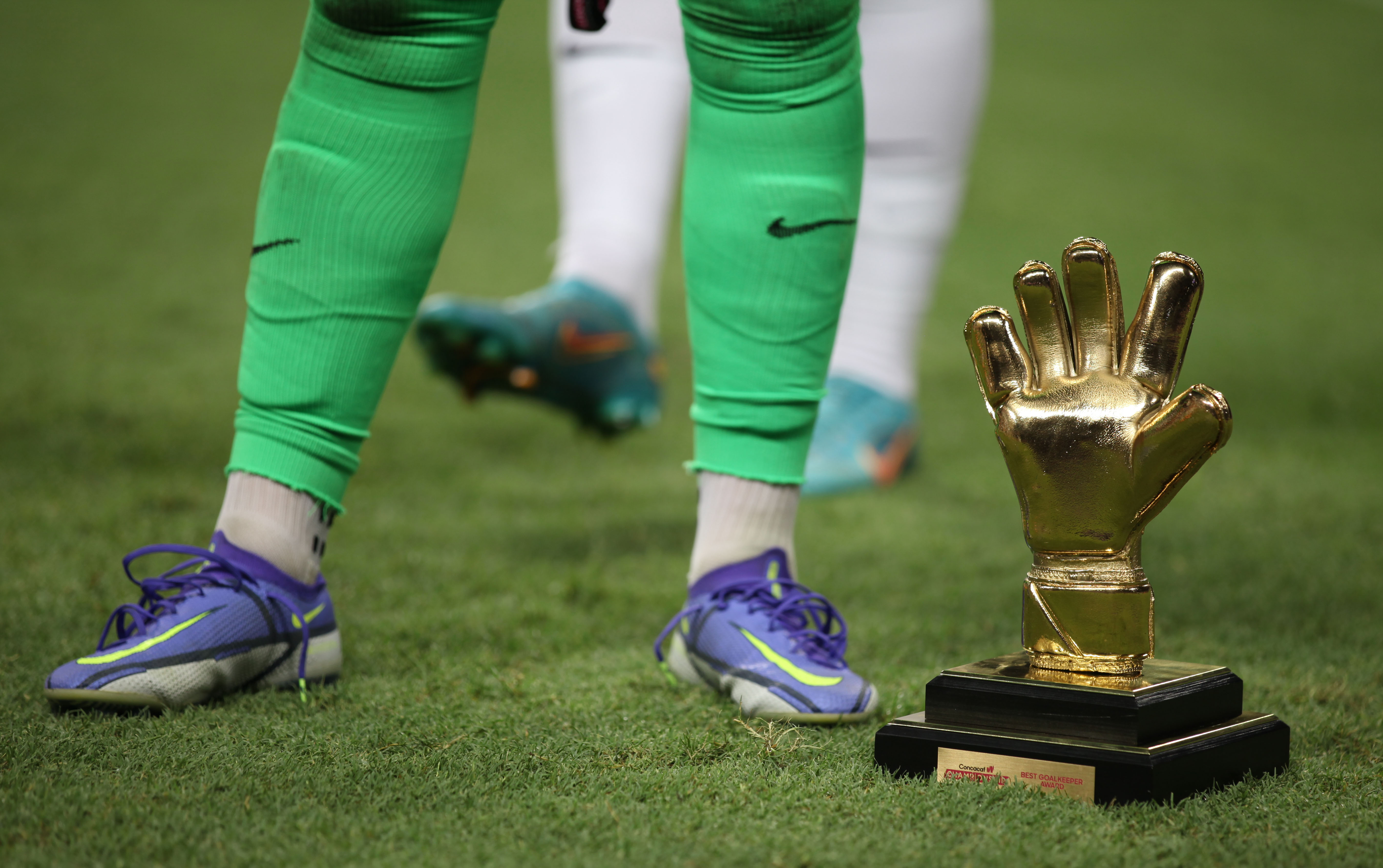 Plus, through some of her strengths, which include solid distribution, she’s really helped Canada tweak their tactical approach, as they look to build out of the back more, something they can do with ease when knowing that Sheridan is behind them.

Along with her shot-stopping, it’s allowed her teammates to breathe easily whenever the ball is in their final third, knowing that no matter what, Sheridan will be ready to take care of business.

“She's incredibly composed on the ball,” Janine Beckie, noted. “She’s one of the best distributours that we've ever seen in this team, and one of the best that the game has ever seen, in my opinion, but also an incredible shot stopper, and I think she's just really stepped up and found her leadership role in this team.”

“There's no ceiling for Kailen, I think she's gonna really be massive for us next summer at the World Cup, and hopefully the following year at the Olympics, so she's a fantastic player, and she showed that in the game tonight.”

You throw in her improvisation flair for the dramatic, which can include flexible scorpion-style saves like the one she made on Sophia Smith on Monday, one that even she had trouble believing when asked to describe it, and you can even say that she’s got the complete goalkeeping package.

“Honestly, I have no idea (how I saved it like that),” Sheridan told OneSoccer on Monday. “I know I had it with my hands. I got hit, Kadeisha came in from behind me, and the ball was in between my legs, and I had a little luck to be fair. But it was a two-player job on that one, and we got it done.”

Athough she’ll say luck was on her side for that one, as a famous person once said, something you need to be good to be lucky, and there’s no doubt of Sheridan’s credentials.

So as Canada pushes on towards the World Cup now, look for Sheridan to continue to play a big role in net for her team, much as she did this tournament.

As they try to answer other questions surrounding their team right now, one area of comfort is in goal, where Sheridan looks to be the option for Canada for both now, and the considerable future.

🙌 Kailen Sheridan is named as the Best Goalkeeper of the 2022 #CWC! @CanadaSoccerEN pic.twitter.com/xXpF4puQOZ

She has a lot of work to do to become Canada’s next minister of defence, of course, but the credentials are certainly there, and the first sample of work shows that she’s well on her way to being able to fill that post in the future.

“I’m definitely been really comfortable,” Sheridan said of her emergence as Canada’s #1. “I think the players and coaches have really made an opportunity for me to step in and really be comfortable.”

“I think that confidence I’ve had comes from them, and I’ve now ran with it a little bit.”

“So I'm really grateful for everything they've done to support me.”