TORONTO – It's the big area of intrigue heading into the upcoming CanMNT camp; what to make of the midfield?

A key area of importance for the team during their World Cup Qualifying run, it's no secret that things are less than ideal at the moment in midfield, just two months out from the 2022 FIFA World Cup.

Besides Stephen Eustaquio, who is in strong form and starting regularly at FC Porto, the rest of Canada's midfield options aren't coming into the September camp in tip-top form or shape; Atiba Hutchinson and David Wotherspoon are both currently out injured, while Mark-Anthony Kaye and Jonathan Osorio are fresh off of injuries of their own from Toronto FC.

Fuelling those concerns is the fact that CanMNT head coach John Herdman called in just five midfielders for his latest squad, including Kaye and Osorio. While the inclusion of CF Montreal's in-form midfield general Samuel Piette and rising star Ismaël Koné does help quell some of those concerns, this is certainly not a group heavy on depth at the moment.

The absence of Hutchinson – by no means guaranteed to return in time for the World Cup – is of paramount concern.

Perhaps a few unexpected faces could make the cut... but if this is what we've got, here's what sort of midfield we might see in Qatar.

Option 1: Return to the tried-and-tested

Sometimes, when things get dicey, there's no problem with turning to tried-and-tested methods, especially when they've worked for you in the past.

Should Canada desire to keep things as consistent as possible even with Hutchinson out, the ideal midfield trio would be made up of Eustaquio, Kaye, and Osorio.

This tandem that enjoyed some big games for Canada in qualifying, especially in the earlier rounds as the three ensured Canada made it to the Octagonal stage; then, in that final round, the trio also helped Canada pick up a crucial 1-1 draw against Mexico at the Estadio Azteca.

Something to think about while I’m in the air - here’s the #CanMNT’s 2021 record when they start Stephen Eustaquio, Mark Anthony Kaye & Jonathan Osorio together:

That midfield trio (with Hutchinson too) needs to stick together

Because of that, it would make a lot of sense for Herdman to return to that trio for this pre-World Cup camp; they offer good balance, with Eustaquio sitting as more of a defensive midfielder a la Andrea Pirlo, Kaye operating as a box-to-box shuttler, and Osorio freely roaming in a hybrid CAM role with a bit more emphasis on tracking back.

Add to the equation the chemistry that they've already built, and Canada may have their selection headache already sorted out.

But, this option isn't without risk, as Kaye and Osorio's fitness does remain a question mark. If healthy, though, this trio would make a lot of sense for Canada to stick to for friendlies against Qatar and Uruguay.

While the aforementioned midfield trio offers precedent, there is another factor at play: Canada hasn't really used a trio midfield of that sort lately, with Herdman preferring a double-pivot, especially in big games.

Because of that, it could also make sense for Herdman to maintain his ideal tactic, and simply filling in the closest option to Hutchinson as possible in midfield alongside Eustaquio/

Enter Samuel Piette. The CF Montreal veteran might not have played as much in qualifiers as Kaye or Osorio (mostly due to the fact that he had Eustaquio and Hutchinson ahead of him as defensive midfielders), but is more of a like-for-like replacement for the missing Canadian captain.

Strong defensively and solid on the ball, Piette would be able to help ensure that Hutchinson's "destroy and progress" ability wouldn't be lost, while also giving Eustaquio the defensive confidence he needs to risk pushing forward more – something he's also been doing more at the club level lately, too.

Piette would relish the chance to prove that he deserves more minutes for Canada (he only played 330 minutes in World Cup qualifiers), while showing that he can step up and fill in at that position going forward, if needed.

There's also the reality that Piette has been in exceptional form for CF Montreal this season, meaning that there is also merit behind the idea that he needs to see the pitch more, Hutchinson's replacement or not.

When considering that, it makes Piette a potential no-brainer to earn more minutes this camp, especially if Herdman chooses to keep changes to his team selection to a minimum and maintain the double-pivot he's entrusted a lot of confidence into as of late. 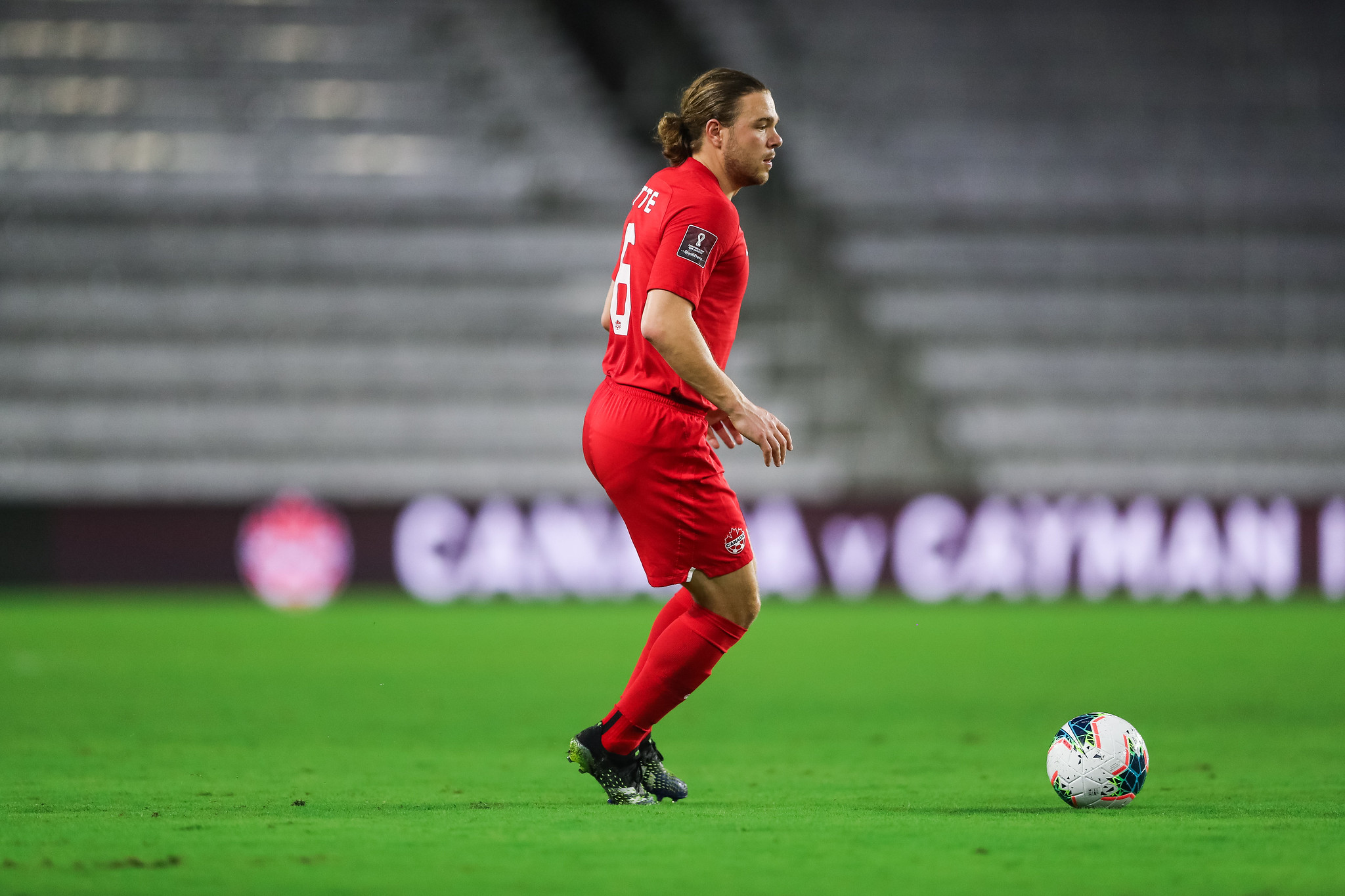 Option 3: Time to get creative

While both previous options make up Herdman's realistic choices, there's also the last (and always fun) option – he exits established frameworks of ideas, and gets creative.

That's without considering Canada's true midfield wildcard, Ismal Koné, who, as we've seen in Montreal, can also fill numerous positions across the midfield.

John Herdman says he spoke to a contact he has at Norwich City about Ismael Kone. They did a deep dive on him prior to making an approach to sign him during the summer and feel he has "tier-one potential".#CanMNT #CFMTL

Of course, he's far less seasoned at the National Team level than the other options, which is why he's a wildcard, but assuming he could translate the level of play that he's shown with Montreal, he could offer some intrigue in differing roles.

Just imagine what a Eustaquio and Koné pivot could do going forward, or the sort of possession play that a midfield trio of Eustaquio, Kaye and Koné could offer, for example, to get an idea.

If you want to go one layer further on the wildcard thought, there is another option to consider; moving Richie Laryea to midfield alongside Eustaquio and Osorio, freeing up Alistair Johnston to swap over to right-back in a 4-3-3 / 4-2-3-1, and getting his offensive contributions into Canada's attacking dynamic, too (alternatively, you could do this with Johnston slotting into midfield, too!).

Although it's unlikely that Herdman turns to these options, he'll have no shortage of things to try in September, regardless.

Given that Canada became known throughout qualifying for their unpredictability and tactical versatility, it's not that outside the realm of possibility to imagine Herdman throwing a curveball or two at his opponents, too.

Either way, Herdman will have to figure out some sort of plan for midfield, as Canada tries to figure out how to handle being without their captain in Hutchinson, whether in September or at the World Cup.