GANGUE-RUZIC: Canadian Championship much more than just a trophy for Whitecaps

VANCOUVER – When the Vancouver Whitecaps lifted the Voyageurs Cup for the first time back in 2015, it felt like the start of something great for the west coast club.

Having soundly defeated the Montréal Impact 4-2 across two legs in the final of the 2015 tournament, erasing years and years of Canadian Championship pain that had preceded that edition, it only felt reasonable to expect them to start and make lifting trophies a regular occurrence.

And to be fair, they then went out and all but fulfilled that promise just a year later, when they made the 2016 final, where they faced off against Toronto FC. There, after going down 1-0 in the first leg to their East Coast rivals, they stormed back in the second leg, picking up a 2-0 lead as they neared the 90th minute, all but booking their second consecutive crown.

But then, it all fell apart in the 95th minute of 95 in that game. One defensive miscommunication in the box led to the ball falling to Toronto’s Will Johnson, who roofed the ball into the top of the goal in dramatic fashion, earning his team the trophy by virtue of away goals.

Since then, it’s been a return to the old normal for the Whitecaps in this tournament, as they then missed out on the 2017 final, then were blown out by TFC in the 2018 final, before struggling heavily in the 2019, 2020 and 2021 editions, with losses to CPL sides Cavalry and Pacific FC in 2019 and 2021 best summing up their play over that time.

🇨🇦 The Canadian Championship Cup competition has been running since 2008, but last night - @CPLCavalryFC became the first team from another league to knock out a MLS team!

Here’s the goal that set them on their way to a historic win!

So as they got set for the 2022 edition of the tournament, it’s safe to say that they had a couple of ghosts to dispose of as they embarked on their latest journey, one that began unceremoniously with a routine clash against Valour FC back in May. Given a favourable draw, one that saw them dodge any MLS teams until the final, with most of their games at home, things were set up nicely for them, but many hardly expected them to take advantage of that.

But to everyone’s surprise, they did, navigating through Valour, Cavalry and York United to get to the final, the first time they’ve made it that far since 2018.

And there, in fitting fashion, they got matched up with who else but… Toronto FC, that same team that haunted them in that 2016 final. Plus, if that wasn’t enough, there’s just the fact that TFC has owned the Whitecaps in this competition, as Vancouver has actually never beaten Toronto across an aggregate series since this tournament shifted to a knockout format back in 2011.

Yet, that is typical of this rivalry. In MLS play, the record between these two teams is rather close, with Toronto having won seven of the 15 meetings between these two sides, while Vancouver has taken six (with the other two being draws), yet it is worth noting those games aren’t exactly of high stakes, at least compared to these sorts of meetings.

In these big games, however, TFC is miles ahead of Vancouver, both in head-to-head play (as seen in their head-to-head record in the Canadian Championship), as well as in overall trophies, with TFC boasting eight Canadian Championship titles to go along with one MLS Cup, Supporters Shield and three Eastern Conference Championship trophies. Compared to the Whitecaps, who have that one measly 2015 crown to line their trophy cabinets with (if you only count MLS era trophies), it’s been a stark difference.

Because of that, it feels like this final represents that much more for the Whitecaps, who don’t just have a chance to lift some much-needed trophy, but get one up over a Toronto side that has gotten so many of those on them. And not just on the field, either.

You factor in the expenditure that TFC has laid into their team, allowing them to see star players and trophies flow through the city while the Whitecaps struggled to keep a core around, as well as the (albeit unfair) complex that exists between the two cities, and that only adds to the narrative that has been created.

But now, the Whitecaps have a chance to change that, as they’ve finally started to put together the sort of project that many have long called for them to start building. Not only have they been dropping significant funds on their team, while also making the sort of shrewd acquisitions that the team struggled to make in their previous decade in MLS, but they’ve slowly started to get the results to match.

Having done all of that, however, the last hurdle is to start turning that into trophies and sustained success, and in this final, they’ve got one of their best chances in recent history to get the wheels turning in that regard.

“It would mean a lot, for a lot of reasons,” Sartini told OneSoccer today Monday. “It’s a trophy, and in the last few years, we didn’t have the opportunity to win a lot of trophies.” 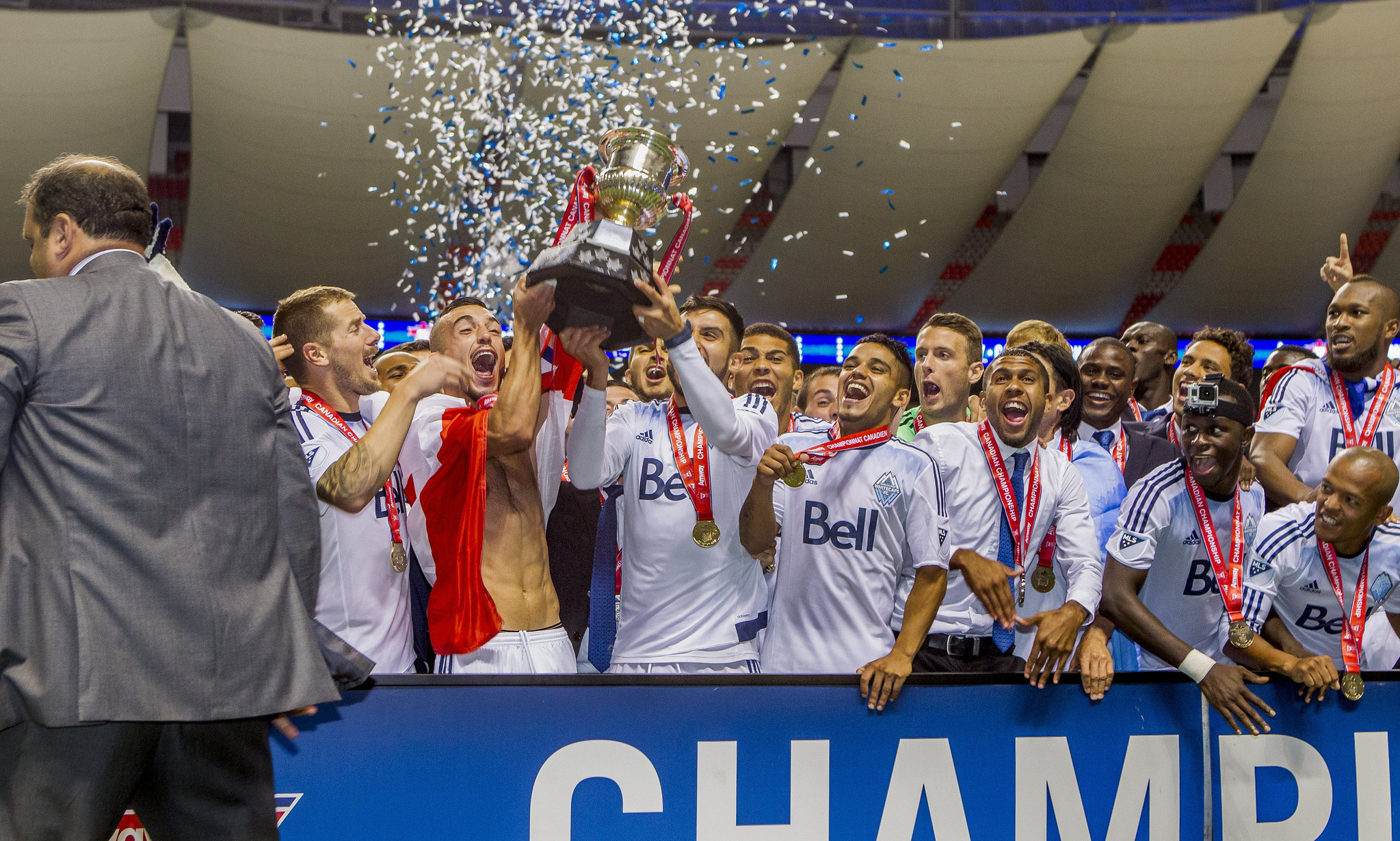 Historically a big club in the Canadian soccer landscape dating back to the 1970s, arguably the biggest ever, they’ve struggled to come close to that distinction in the last decade, with the likes of TFC, Montréal and even Forge leaving them behind in recent years.

However, things are changing, and there’s no better way to mark that change than with a win on Tuesday, something that the Whitecaps are now going to lay everything on the line for.

In a sport of moments, this is a moment that can alter the course of a franchise, so look for the Whitecaps to make the most of the spotlight that will be cast upon them Tuesday.

Their struggles in this tournament are not lost on them, but they’re eager to create new memories, ones that can be looked back at as a climacteric point in an eventual rise.

“Since the Canadian Championship became a little bigger and more interesting with the entrance of the CPL teams, we haven’t done well,” Sartini admitted. “We lost in the first round two years in a row, so this would really be breaking the curse of having not done well in the first three years of the competition being enlarged and winning would be a big boost for the push to the playoffs (and beyond).”