GANGUE-RUZIC: An ode to Concacaf League and what could have been for the CPL 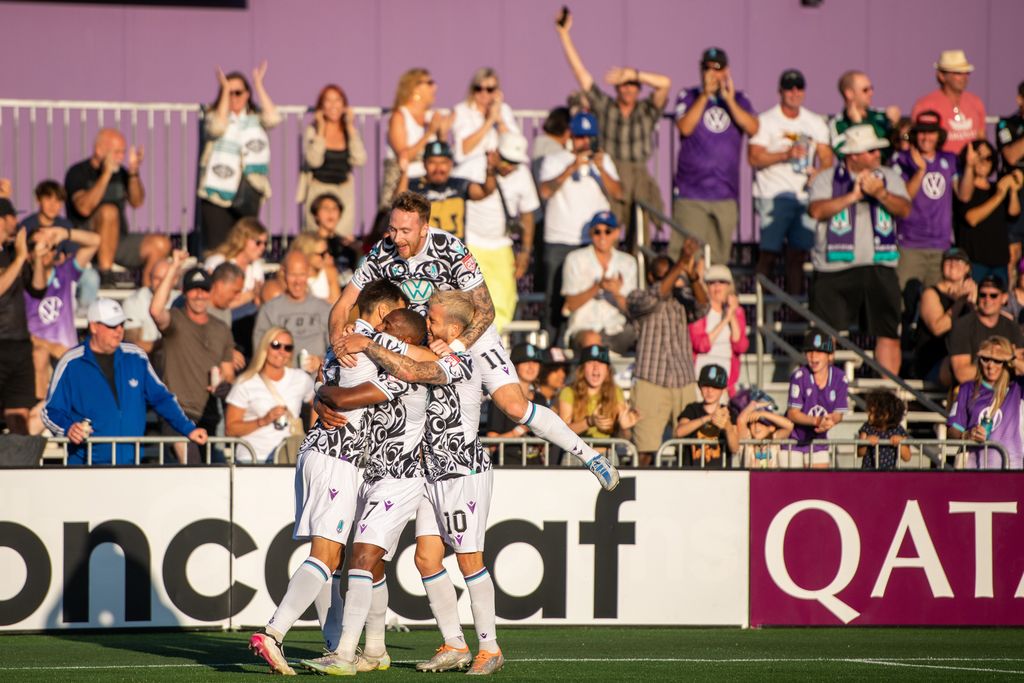 VANCOUVER – With one swift kick of the ball from Herediano's Ariel Roman Soto Gonzalez on Tuesday, he ended four years of Canadian joy in Concacaf League competition.

Gonzalez's goal, which gave Herediano a penalty shootout win over Pacific, marked the end of an era for the Canadian Premier League, as this year's Concacaf League tournament is the last one ever, meaning that Pacific's elimination was the league's last-ever action in the competition.

The good news? The CPL is getting set to take a big step upward now, as from 2024 onwards, they'll be sending a minimum of two teams to the Concacaf Champions League, which is set to revamp following the 2023 tournament.

At the same time, they leave behind a tournament that they'd quickly taken to, as while they participated in just four of six all-time editions of the Concacaf League, which was launched in 2017 to be Concacaf's second-tier competition, they'd made a lot of memories in their short time there.

Because of that, while Pacific's elimination stings given that it felt like they had a legitimate shot at going on a decent run, it also stings as it quietly marked the end of a good run for the CPL in Concacaf, who had quickly used the competition to enhance their growing reputation as a circuit.

What a journey 👏@Pacificfccpl bow out of the Concacaf League round of 16 on penalties to Herediano, but once again showed the #CanPL can compete with the very best in the region#SCL22 pic.twitter.com/garbnQTSjB

Right from the first-ever game for a CPL team in the competition, which was when Forge hosted Antigua at Tim Hortons Field back on August 1st, 2019, you just felt a special connection between the CPL and continental competition.

Just months removed from having kicked a ball for the first time in the league, it was a chance to see the new upstarts of Concacaf in the CPL take on some established teams, many of whom had played in the biggest of games in the region, giving a good barometer for where the league was at compared to some of its peers.

And having gotten a chance to sit at that table, they wasted no time in leaving an impression, coming out strong in that first-ever match. There, an even back-and-forth tussle saw Antigua grab the lead in the first half, before Forge came storming out of the gates in the second half with an early Daniel Krutzen goal, putting them back in the tie.

Then, in the 91st minute, the first moment of magic for the league in this competition came - a 1-2 between Forge's David Choinière and Kwame Awuah, a deft touch from Choinière, and then a delicate shot into the roof of the net from the Forge winger, sending the home fans into a rapture of joy, as they celebrated the goal that would then stand as the eventual winner in the tie.

Things would die down for Forge rather quickly after that, unfortunately, as the next round saw them fall 4-2 to Concacaf giants Olimpia (although they did win the first leg of that tie at home 1-0, which was huge), but there was no doubt that the tone was set for the CPL teams in Concacaf.

They weren't just there to take trips around Central America to enjoy the scenery and put up a decent fight against teams - they were there to play and win.

Because of that, Forge then took things a step forward in 2020, coming just short of finishing in the top six in 2020 (and earning the berth to the Concacaf Champions League that comes with it), doing so despite having to play every game on the road due to the pandemic, riding late winners in the first two rounds before falling in the quarters.

Then, in 2021, they took it even a step further, winning three rounds, even completing a dramatic comeback from down 3-1 on aggregate in the quarter-final to make the top four, ensuring that they'd qualify for the Champions League, the first-ever CPL team to do so. Plus, they almost competed for silverware, too, only falling in the semi-finals via away goals, showing that it was only a matter of if, not when, a CPL team pushed for a trophy in this competition.

But then, it came out that the Concacaf League would come to an end, leaving Pacific FC, who had finally become the first team to unseat Forge as CPL Champions to qualify for a Concacaf League spot, also became the last CPL team to make this journey.

And that's what makes their run this year so bittersweet. Having demolished Jamaican side Waterhouse FC 6-0 on aggregate in the preliminary round, before falling in dramatic fashion to one-time Concacaf League winners Herediano as they did in the Round of 16, Pacific had done well to prove that Forge's success in Concacaf wasn't a fluke, as some wondered.

Now, however, the CPL must content themselves with the big step up to the Champions League, which while exciting given the grandeur of some of the teams involved, does deprive the league of a chance to prove that they can be the best in Central America.

Imagine what could've been done if the CPL had been sending two or three teams each year into Concacaf League, as they will now do in the Champions League, giving multiple teams a shot at tasting this competition? It could've been huge, giving the league a legitimate chance to show those in Concacaf that they're a top three league in the region, despite being so young as a league.

Of course, that quest doesn't change now, as the expanded Champions League now offers the league a chance to regularly test themselves against the best, which will be key over the next five to ten years, as the league really takes the next step forward towards becoming that top three league.

In the meantime, however, they will now miss out on a competition that they quickly grew into, putting them on the right track to one day dominate it, of which is a big loss.

So for that, it must be said: Farewell, Concacaf League. You will be missed.

Next stop? Estadio Azteca, Lumen Field, and beyond.