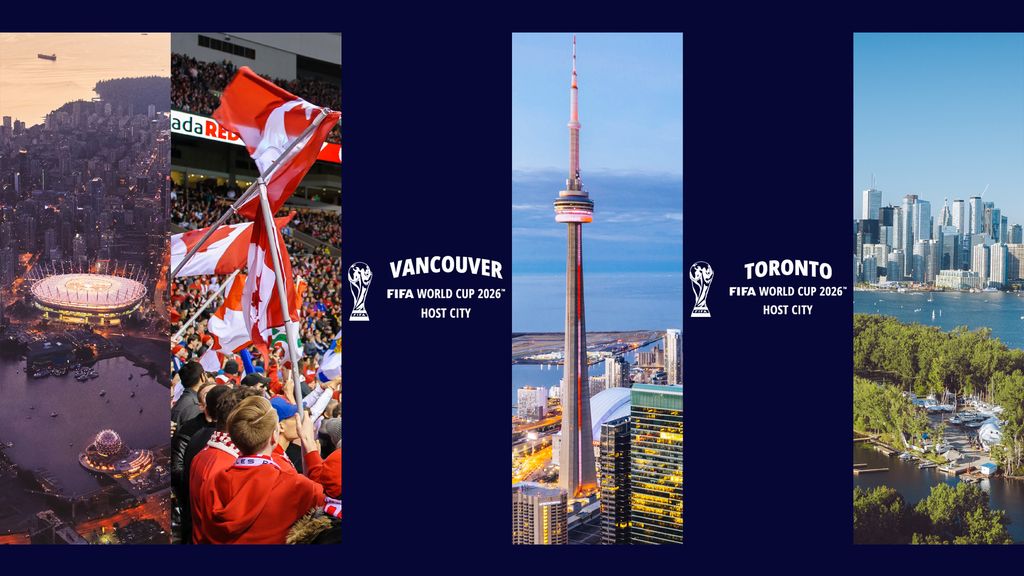 The Official Host Cities selected by FIFA for the FIFA World Cup 2026™ are:

“We are very proud of Canada’s candidate host cities for putting together substantial and compelling bids for the FIFA World Cup 2026™,” said Dr. Nick Bontis, Canada Soccer President. “The competition for venue selection was the most robust in FIFA’s history. Today’s success is a testament to the cities, provinces, and federal government’s commitment and dedication in pursuit of hosting the most prestigious single sporting event in the world. We congratulate Toronto, Ontario and Vancouver, British Columbia, we also wish to express our sincere appreciation to Edmonton, Alberta for their historic support and desire to contribute to the growth and development of our sport in this country by hosting FIFA competitions.”

The positive impacts of hosting the FIFA World Cup 2026™ will extend well beyond the matches hosted in Canada. Hosting the world’s premier soccer showcase will create tangible legacy programs that continue the original bid vision of unity, certainty and opportunity.

Canada Soccer will extend its collaboration with all stakeholders to seek opportunities for Canadian cities and communities from coast to coast to be part of this historic event. In addition to marquee FIFA Fan Fests™ in Canadian Official Host Cities, Canada Soccer will continue to pursue opportunities to host live sites across Canada, to showcase uniquely Canadian artists, talents, and cultures to the thousands of international visitors during and leading up to the competition in the summer of 2026.

The expanded format of the FIFA World Cup 2026™ also provides additional opportunities for Canadian cities to host international matches in the four-year runway to the competition as well as team base camps during the FIFA World Cup 2026™. Canada Soccer will continue to engage fans from coast to coast as the excitement builds to Canada, Mexico and the United States welcoming the world in 2026.

“We have the rare opportunity of coming together as three neighbouring nations to use sport to transform and improve lives and communities,” said Dr. Bontis. “We look forward to supporting the host cities, our partners across Canada and in the USA and Mexico, and FIFA to deliver what is certain to be the biggest and best FIFA World Cup™ in history. The FIFA World Cup 2026™ is a once-in-a-generation opportunity to impact and grow the game in Canada as we welcome the world.”

Canada was awarded the FIFA World Cup 2026™ alongside Mexico and the United States in 2018 after a successful bid presented to FIFA by Canada Soccer, the Mexican Football Federation and U.S. Soccer.

When the opening whistle blows, Canada will hold the distinction of becoming the first nation to host five different categories of FIFA men’s and women’s international soccer tournaments for National Teams. As a host nation, Canada has set FIFA records for attendance for many events, notably the 1.35-million cumulative spectators across 52 matches for the FIFA Women’s World Cup Canada 2015™. Eight years earlier, Canada set a then-record by drawing nearly 1.2-million cumulative spectators across 52 matches for the FIFA U-20 World Cup Canada 2007. In 2002, Canada set a still-standing record for the largest attendance to a FIFA women’s youth tournament match when it drew 47,784 spectators to the Final of the FIFA U-19 Women’s World Cup Championship Canada 2002.