In a big move for the club, CF Montréal said goodbye to midfielder Djordje Mihailovic last Thursday, sending him to Eredivisie side AZ Alkmaar for a reported club-record fee of $6 million (to go along with add-on fees and a sell-on clause).

Arguably the club’s MVP when healthy this year, sitting with seven goals and four assists in 20 MLS games, after having scored four goals and added 14 assists in 2021, it had become a matter of when, not if, a move like this came around for Mihailovic.

Now, however, with the move now official, it now leaves Montréal with a big question - how can they replace Mihailovic and the 12 goals and 19 assists he’s provided in all competitions the last two years?

The good news, however, is that Mihailovic will finish the season with Montréal before heading to the Netherlands, giving them a chance to finish what they started in 2022, currently sitting second in the Eastern Conference, and fourth overall in the league, making them potential favourites for MLS Cup.

After that, though, they’ll have to find a way to replace him permanently, giving them just a couple of months to find the next player who can help lift the team’s offence the way that Mihailovic often does.

Djordje Mihailovic with the clean finish one minute in! pic.twitter.com/1zjWgnTgYr

As they undergo that task, here’s a look at the options that they can consider in that quest.

Go for the big splash

The nice thing about receiving an outlay of $6 million? You can reinvest it back in the squad, especially considering that Montréal made a pretty hefty profit on the ~$1 million in GAM that they traded to the Chicago Fire for Mihailovic’s services back in 2020.

Of course, a good chunk of that will likely be converted back into GAM (up to $1 050 000 of a sale can be used for that function), while another chunk will probably go into the team’s operations and youth development, but there should still be a decent percentage of that outlay to play around with despite that.

And there, Montréal could have some fun. Currently sitting with one Young DP spot open following Mihailovic’s departure, they should also have a DP spot open in the offseason, depending on the future of Bjørn Johnsen.

Basically, what that means is that should they desire, they’ll have the means to go after a big piece to replace Mihailovic.

For example, could it make sense to push for someone like Antoine Griezmann, currently stuck in limbo with his situation at Atlético Madrid and Barcelona? Or how about Marco Reus, who as a pending free agent in 2023, could be coaxed into a new challenge after his time at Borussia Dortmund?

And heck, on the theme of free agents, Manuel Lanzini could be fun given Montréal’s success last time they signed an Argentine #10.

Of course, those could all be long-shots given the spectre of name that is being mentioned, but for a club that currently employs Victor Wanyama, and has seen the likes of Didier Drogba and Alessandro Nesta pass through the city, that’d be nothing new for them.

The one thing worth noting, though, is that this doesn’t necessarily fit the philosophy that the club has employed recently, which is to look younger with their transfers, with a goal of selling them on down the road.

Therefore, should Montréal choose to go this route, look for them to look more of the way of the young South American #10 (especially with Nacho Piatti now in their scouting department), versus the older European #10, but either way, the options are there for them to flex their new funds should they choose.

Speaking of which, that ~$1 million GAM figure mentioned earlier could actually prove to be integral in their search, as that would be a very good currency in MLS, where they could also look to replace Mihailovic.

It’s unconventional, yes, but given that they acquired Mihailovic via an intra-MLS trade, it’s not that unusual to find good talent within the league, especially given that Montréal has shown to be a pretty good evaluator of talent in those sorts of moves in the past.

Plus, should they do that, that would free them up to use that DP spot elsewhere, such as at striker, or in midfield, which could be more beneficial for them, which is always an option to consider.

So although Chinonso Offor isn't a new DP for MTL, far from it, given their track record, you can only be intrigued
👇🏾 https://t.co/63XEm8lpLa

For example, they’d have to free up a U22 ‘Young Money’ spot to make it work, but the Vancouver Whitecaps’ Pedro Vite could be a very good shout, given that he has to compete with Ryan Gauld for minutes. If not, someone like Efrain Alvarez of the LA Galaxy could also fit a similar mould, having struggled for consistent minutes this year with LA.

If not, for pure chaos reasons, there’s also current TFC midfielder, Jonathan Osorio, and former TFC and now Inter Miami midfielder, Alejandro Pozuelo, who are both out of contract at the end of the year, too…

And those are just a few of many options, showing that should they desire, the MLS market could be a very intriguing one for them to dip their toes back into here.

Does the best answer lie within?

Yet, should Montréal choose to stand pat, the good news is that they’ve actually set themselves up pretty nicely long-term to stomach Mihailovic’s absence.

The main reason? The continued emergence of Sean Rea in the CPL with Valour, where he’s been on loan for the past two seasons.

There, he’s done well to grow as a #10 for them, scoring seven goals and 11 assists across 47 games, while showing great growth in his overall game, which would be key in his quest to replace Mihailovic, who had taken big strides forward in that game with Montréal.

Just 20, it would be a big ask for him to replace Mihailovic, yes, but given that Mihailovic was just 22 when he came to Montréal, it’s not as if Rea is miles younger than he was, given that he’s about to turn 21 next year.

Plus, given that Mihailovic had seven goals and 12 assists in 76 games with Chicago before coming to Montréal, nearly identical stats to Rea, that is another factor that does work in Rea’s favour. Yes, those stats were in MLS, instead of the CPL, but given that Rea has racked up his numbers in nearly 29 fewer games, that probably balances things out a little bit. 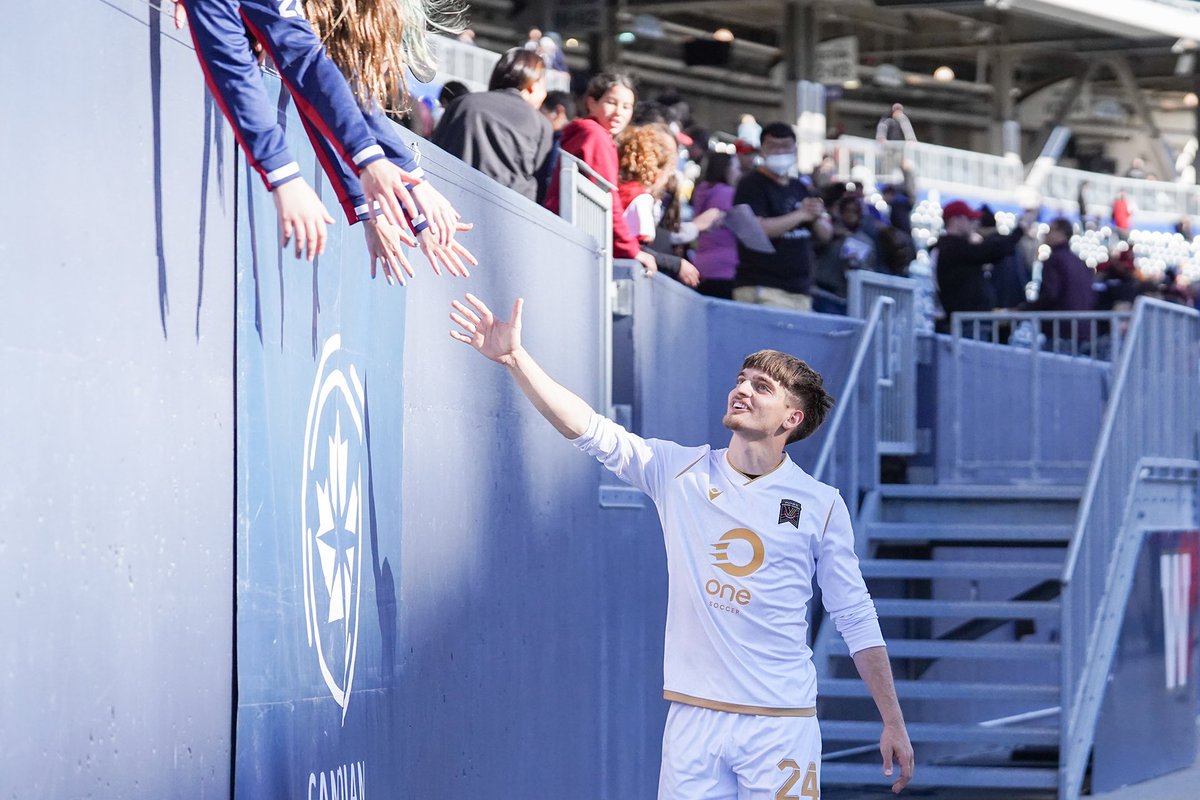 Because of that, look for Rea to get a shot at replacing Mihailovic, and for good reason. There’s a reason why Montréal have sent him on these loans, and they’ll be looking for that pay-off next year.

If not, however, they do have some contingency plans, as well. Ismaël Koné, for example, used to be a winger/#10 before becoming a #8, and can play higher up the field, while Ahmed Hamdi is also a #10, but just hasn’t gotten as many minutes as hoped since coming to the club. Plus, Matko Miljevic has also been touted as a potential Mihailovic replacement since his arrival, as well.

So while it might be tempting to look elsewhere, Montréal’s answer to the Mihailovic question could very well sit internally, right in front of them.

No matter what they choose to do, however, currently sitting as $6 million richer, they can be happy with how things have turned out for now, as they look to replicate that feat once again.