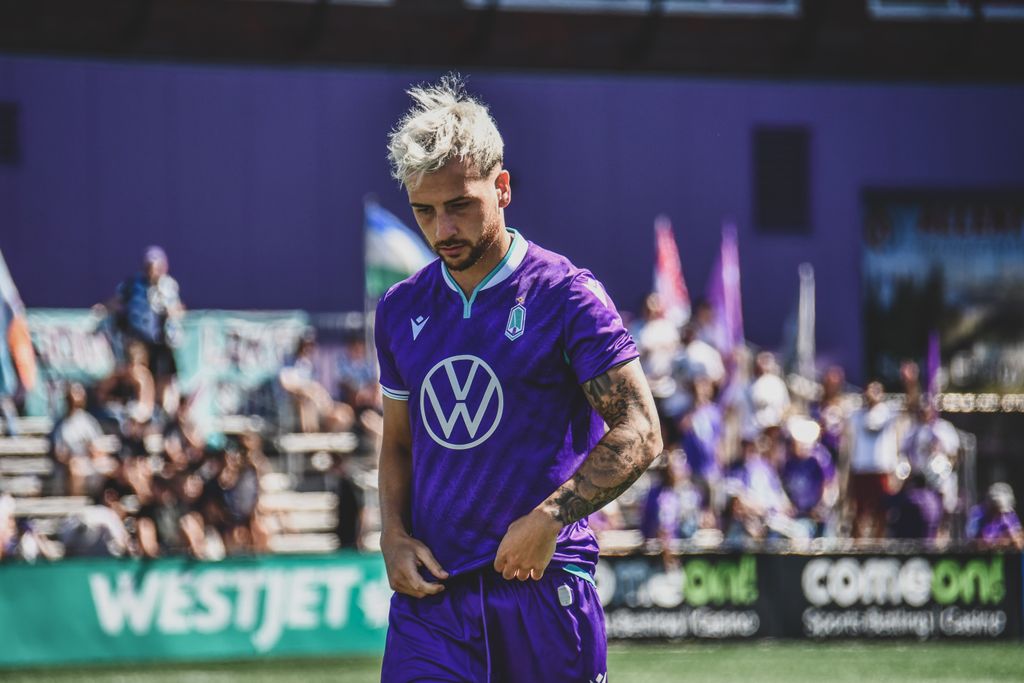 Everything was looking great for Marco Bustos as the end of August approached back in 2021.

In fine form having notched five goals and five assists in Pacific FC’s first 13 games of the season, he had become an early favourite in the Canadian Premier League's MVP race as the halfway point of the campaign neared. With a key Canadian Championship tie against his old club the Vancouver Whitecaps highlighting their summer, and with transfer rumours starting to swirl around his name, there wasn't a hotter namesin the CPL at the time, either.

Unfortunately, Bustos picked up a knee injury less than a week before Pacific hosted their rivals from Vancouver, and in the weeks that followed, what was felt at first to not be too serious an injury became an extended absence.

The next time Bustos would see the field was all the way in the middle of October, as he returned with just five games to go in the 2021 CPL campaign.

Luckily, Bustos didn’t seem to miss a beat, scoring two goals and adding two assists in those four games to get up to seven goals and seven assists on the season – quite impressive given that he’d played just seventeen games for the Tridents all year.

At this rate, wouldn't put anything past him the way he's been playing

4 goals, 4 assists now for him in 2021pic.twitter.com/3tTQxDgqIz

While he missed his Whitecaps reunion and the incredible dramatics of the Tridents' 4-3 victory over Vancouver, Bustos was available when Pacific faced off against Toronto FC in the semi-finals of the Canadian Championship, a game of even greater tournament significance.

That match proved his final few minutes of the season, though, as Bustos was forced to come off injured again by half time, frustratingly ending his contributions for the year and leaving him to watch from the sidelines as Pacific FC went on to become CPL champions.

It may have extinguished lesser fires, but Bustos burned bright in ambition still as he entered this 2022 season, all with a singular focus on his mind – ensuring that Pacific makes it to the final again, and making sure he's there to play in it, too.

The Tridents are now two games away from that mission. Bustos is counting the hours.

An injury is as much a tough mental battle for an athlete as it is a physical endeavour, and, as any long-term ailment can be for an athlete, it can also be a great learning opportunity.

"Not being involved in that final was tough," Bustos reflected to OneSoccer, as he and his team prepare for a CPL playoff semi-finals battle with Atletico Ottawa.

"I was there, but I knew I wasn't going to play, so it was a bit of a different feeling when you're not on the pitch," he continued. "Just being there and being a part of it, that was a bittersweet thing for me because I’d been there two seasons, we’d gotten close in year one, and then I missed out last year in year two. So now, to be here and healthy in my third year, and we're in a position to get to the final again, and to win that final? It's everything."

Always a pensive mind keen to take a step back and reflect on what’s going on around him, Bustos took an outside view at how things were clicking at Pacific during his time on the sidelines – and pondered where he fits in the bigger picture, too.

There, he realized that no matter his personal circumstances, he has more to give than goals and assists.

"I got injured in the best moment of my footballing career," Bustos said. "I was doing really well, I was attracting interest from other clubs, so it was a tough one, as I couldn't come back for a while there.

"But at the same time, I took a step back and watched from a different perspective so that when I came back, I could better understand what the team needed me to do more of – from that, I saw that the team needed more of a leadership role from myself on the pitch, so that I could help guide players, and really speak to those around me, especially in those in-game scenarios."

While it was unfortunate that Pacific lost an MVP candidate at such a crucial time, it was also a great chance for them to turn to their ‘next-man-up mentality’, one that has proven to be crucial over the last two years where they’ve been no strangers to adversity.

"It was nice seeing guys step up when I went down, guys like Terran Campbell, Josh Heard, these guys stepped up for the team, and that allowed us to showcase some of those guys, to show what they're about," Bustos continued. "And through that, it created a competitiveness in our team, as everyone knew that we couldn’t just come to training and think we're going to play every weekend, so there was that healthy competition that made us all better.

"That's what a good team does, and that's why I say this team definitely has what it takes to win a championship again." 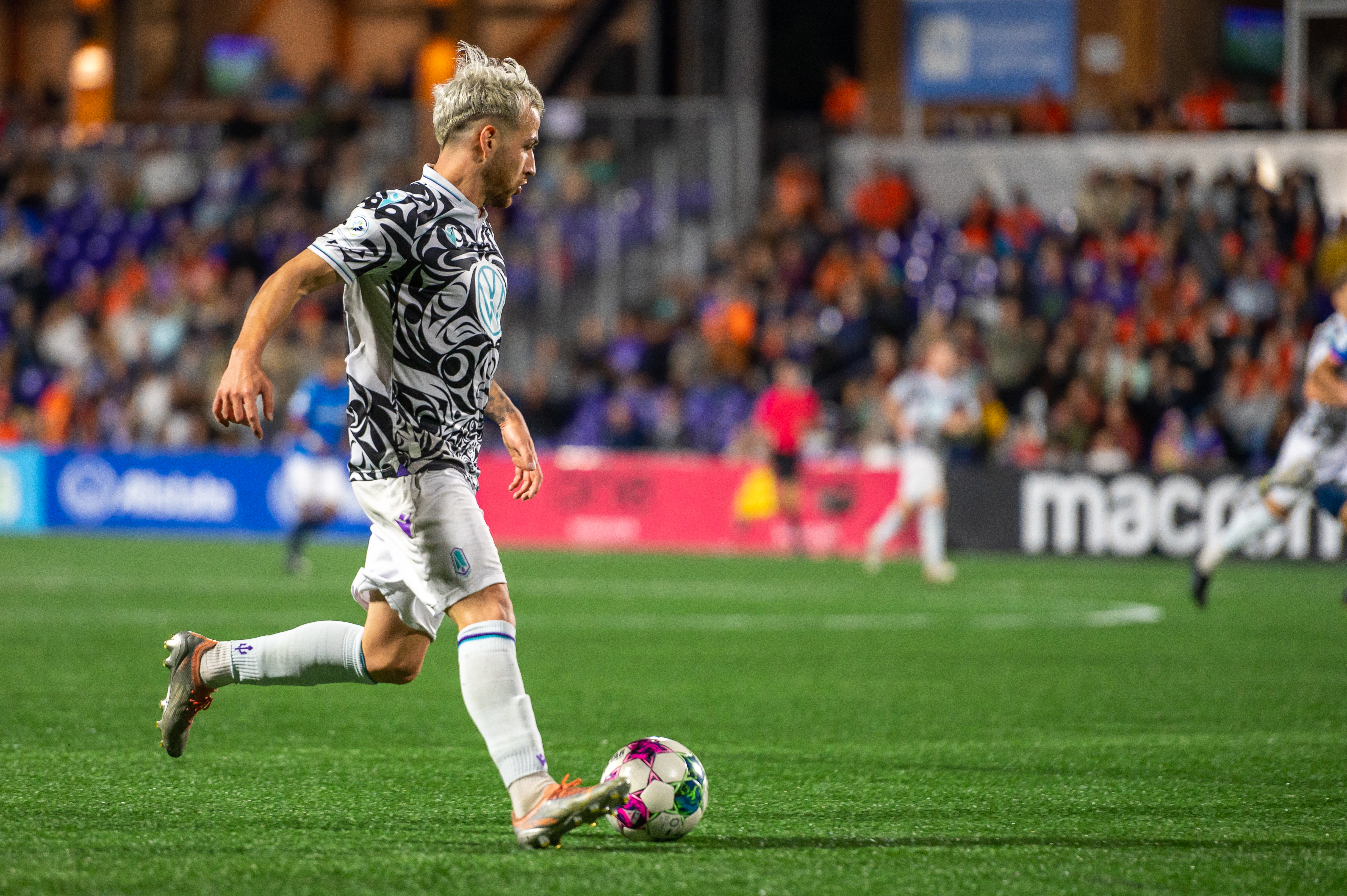 Despite juggling CPL, the Canadian Championship and their maiden voyage into the Concacaf League, Pacific FC's biggest obstacles came from within – the team sold Kadin Chung and Lukas MacNaughton to Toronto FC of Major League Soccer, while Campbell and Alessandro Hojabrpour opted to leave and join Forge FC. Head coach Pa Modou Kah also departed to join Dallas in MLS NEXT PRO, leaving assistant James Merriman at the helm.

"It hurt losing those guys. It hurt, but that's football," Bustos admitted. "Players come and go, teams change a lot, and we went through that. And for me, it was interesting because I came in always trying to do my best and I still do that every day, every day, that's my challenge seeing what can I bring, what can I do differently?"

Compounding their struggles? As champions, each and every match in the CPL was just a little tougher, as teams brought their best to Starlight Stadium to dethrone the kings.

"It felt like every time we played a team, they played their best soccer against us," Bustos said. "Which is good, to be fair, you want that as a defending champion, you want to get tested. So when a team comes to play the reigning champions you know, everyone looks up to those games, so there were a lot of times where teams came to play us and did really well.

"You have to take that as a challenge, as a confidence booster of sorts, because to have that, it's almost like a pat on the back to the work we've done as players, as a staff and as a club."

Confidence has played a big role in Bustos' own form this season, too. While he didn’t have the goal-scoring year he enjoyed in 2021, he still managed to pick up two goals and six assists in CPL play. More importantly, he played in every game for Pacific, racking up over 2,600 minutes of action across all competitions, and helping his team play better all-around football as a result. 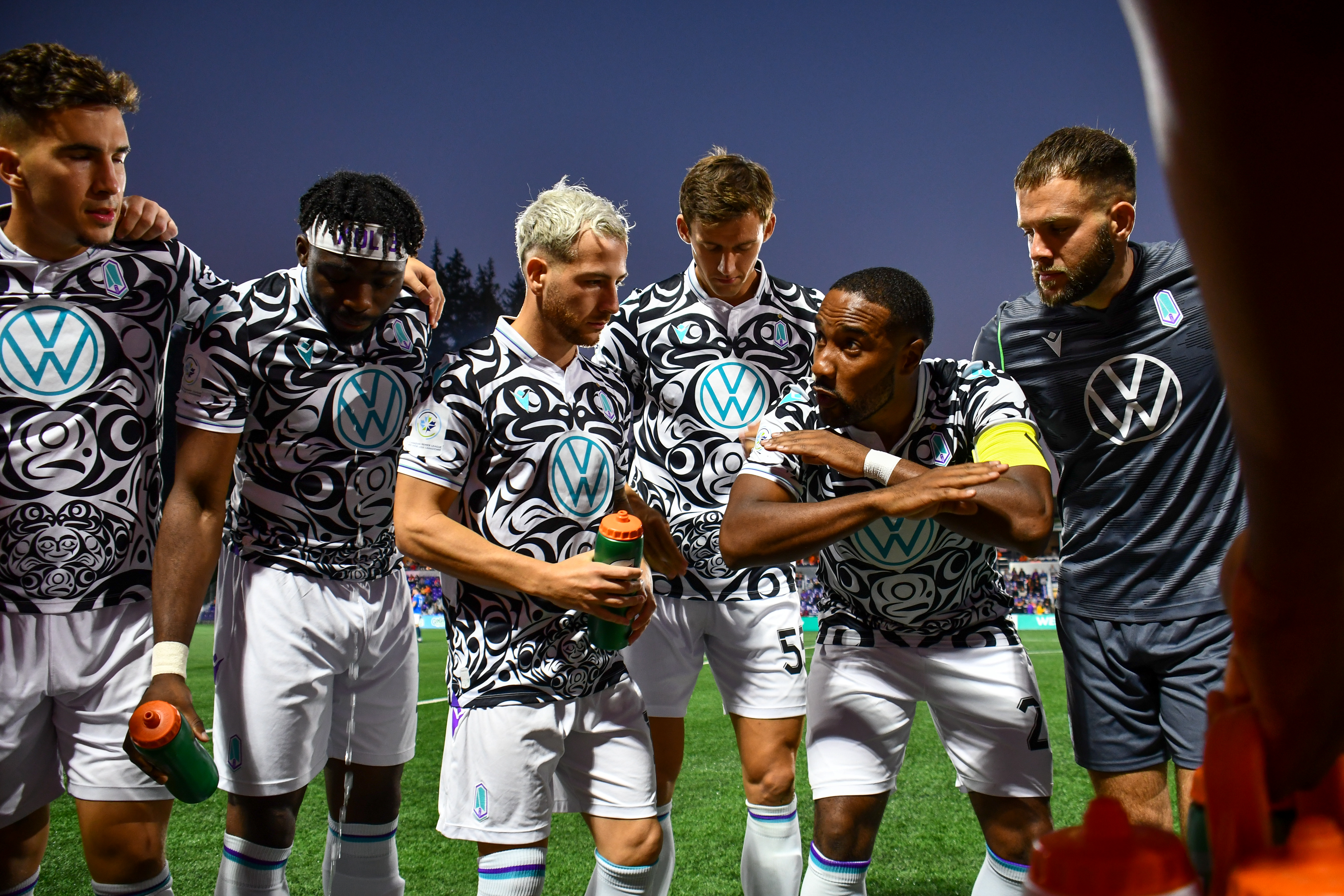 Still, it seems Bustos has another gear he's yet to hit, especially on the end product side of his game.

Given that Pacific enters this semi-finals series in good form – having done well to avoid a late scare that almost saw them miss the playoffs to then comfortably sail in – Bustos feels that he’s ready for what lies ahead in a two-legged match-up against Atlético Ottawa.

Although Ottawa will be a very stiff test as regular season champions, Pacific feels that if they play their game, much as they did over the last few weeks, they have what it takes to overcome this challenge.

"They're obviously a good team," Bustos said. "You know, every team in this league, you know, anyone can beat anyone. We just need to go out and control what we can control, and continue to do what we've been working on. I worry more about ourselves, because at the end of the day, if we play our best football, I don’t think any team in this league will be able to keep up with us.

"It’s really about us. We're not too worried as far as what looks they have or how they're gonna play. We’ve all played every team four times, we think we all know each other really well. But we know that when we're at our best, no one will keep up with us, so it's more about just focusing on what we can control."

Marco Bustos opens the scoring early with a header in the box to give @Pacificfccpl a 1-0 lead over @FCEdmontonNow in #CanPL action!🍁⚽️#ForTheIsle | #FCEd

Armed with this newfound big-game experience, these defending champions won’t relinquish their trophy without a fight, so Ottawa is going to have to be at its very best to conquer them across two legs.

Hardened by the battle scars that led them to this point, Bustos feels that his team is prepared for this latest challenge, one that he feels his team can overcome as they continue to push for their latest goal - to lift the ‘North Star Shield’ high above their heads once more.

"We’ve got that experience in playing these big games, these games that matter, knockout games," Bustos said. "We went toe-to-toe with one of the best teams in Costa Rica, for example, while Ottawa hasn't had these types of games, so I think that's something that can be to our advantage.

"If we can use that experience, and not be too naive, because sometimes that happens where you come in and think it's going to be easy, so for these games, it’s important (to be focused), as I think it is an advantage for us that we've played in these types of games, as we know how to deal with them."