Derby days: Looking at the fiercest rivalries in the Canadian Premier League 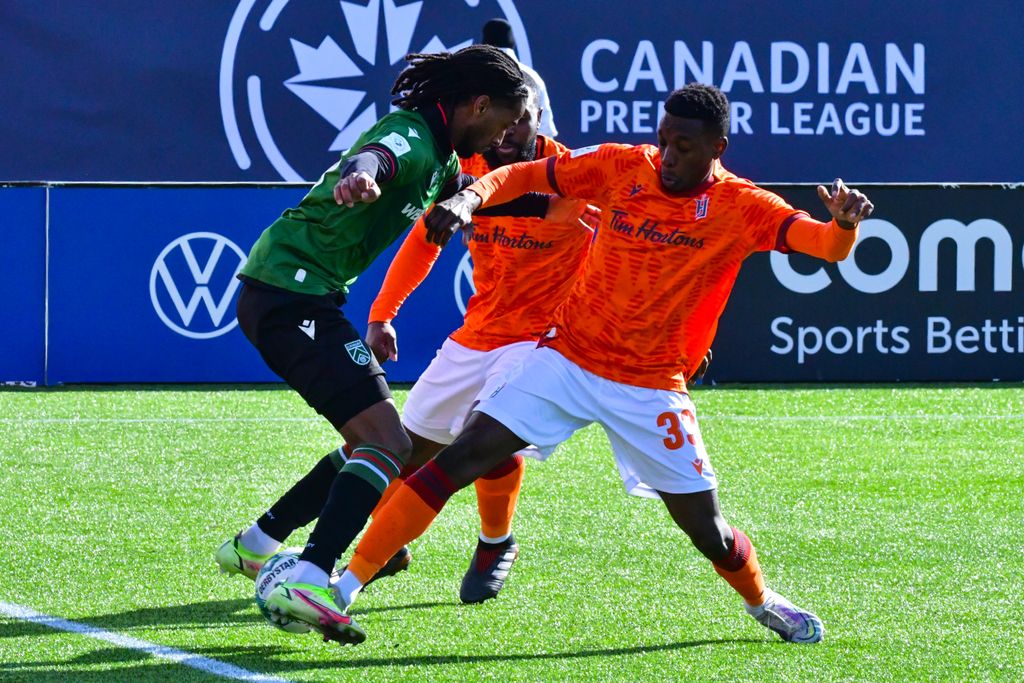 What is the secret to a good rivalry?

Is it proximity, at least from a geographical sense? Is it best fuelled by competitive factors on the field? Or might it be something else that we are completely ignoring?

Yet, despite all of those potential factors, the answer, no matter how boring it might be, is that it just really depends on the derby in question. Especially if you look around the world, it’s clear to see there is no clear answer to that query, as many of soccer’s top rivalries have begun in very different circumstances.

Therefore, as the Canadian Premier League gets set for a weekend in which two of their most prominent derbies are happening, with the ‘905 Derby’ between York United and Forge FC and ‘Al Clasico’ between FC Edmonton and Cavalry FC going down, this is a good chance to take a closer look at the rivalries that currently exist in the league.

How did they begin? How are they going? What might they become in the future?

So seeing all of that, here’s a dive into the ‘derbies of the CPL’, split into different categories, helping give an idea of the biggest rivalries that currently exist in the league at the moment.

To start, there are the geographical rivalries, in which proximity is the biggest factor by which the teams involved are united. Because of that, it leads to strong travelling support from the opposite number when the other plays, adding a bit of hostility to matches, naturally boosting the teams whenever they meet.

And leading off the geographical rivalry section is the ‘905 Derby’, which is actually the closest derby in the league, at least in terms of geographical proximity, with less than 100 kilometres separating the teams. As a result, they’ve naturally been tied together since year one, with the 905 name a nod to the fact that both clubs actually fall under the same area code, 905, signifying how close they truly are.

Competitively, this is a hotly contested rivalry, too, which only adds sting to it, especially given that Forge only narrowly edges out York 8-5 in wins all-time, which is fairly close. Not only that, but games between them tend to be fun, as well, with there being just one draw in the history between these two teams, ironically coming in the first-ever meeting they had.

So expect this rivalry to only grow, fuelled by both that proximity, which brought it together in the first place, as well as the fact that the two sides are quite competitive in the league, best exemplified by them meeting each other in the semi-finals of the playoffs in 2021.

Moving West, though, it’s worth noting that while it might not exist quite yet, the next closest geographical rivalry is the still-to-be-named derby between Pacific FC and new expansion side Langley, which comes into existence next year.

There, it’s expected to be a very fun rivalry when they first meet, both due to the proximity of the sides, as well as the fact that one team is on Vancouver Island and the other on the mainland, which will create two unique fanbases. Plus, on top of that, the teams are run by different CEOs in the same ownership group, SixFive Sports, which will lead to internal competition between them, and considering that Pacific is the CPL’s defending champions, that should give you an idea of the level both teams will strive for, likely leading to some fun matches between the two.

Lastly, on the theme of geographical rivalries, the last one to take note of is Alberta’s ‘Al Clasico’, the affectionately named derby which plays on the name of the derby between Real Madrid and FC Barcelona.

Plus, this rivalry has quickly proven to have very strong ties between the supporters of both clubs, leading them to create the ‘Wild Rose Cup’, a trophy awarded to the team with the best record in games between the two teams. As a result, that adds a little extra to whenever both sides clash, as they both know that not only can they get a one-up over their neighbours, but do so with some silverware on the line.

Unfortunately, however, competition hasn’t been as fierce between the two sides, as despite several close games, Cavalry have had the edge in this rivalry historically, winning nine of 14 meetings, with the other five being draws. Because of that, for this rivalry to really take off, as it has the potential to do, Edmonton will have to start turning that record around, because if not, it’ll be hard to keep the fire up in this rivalry, at least from Cavalry’s perspective. 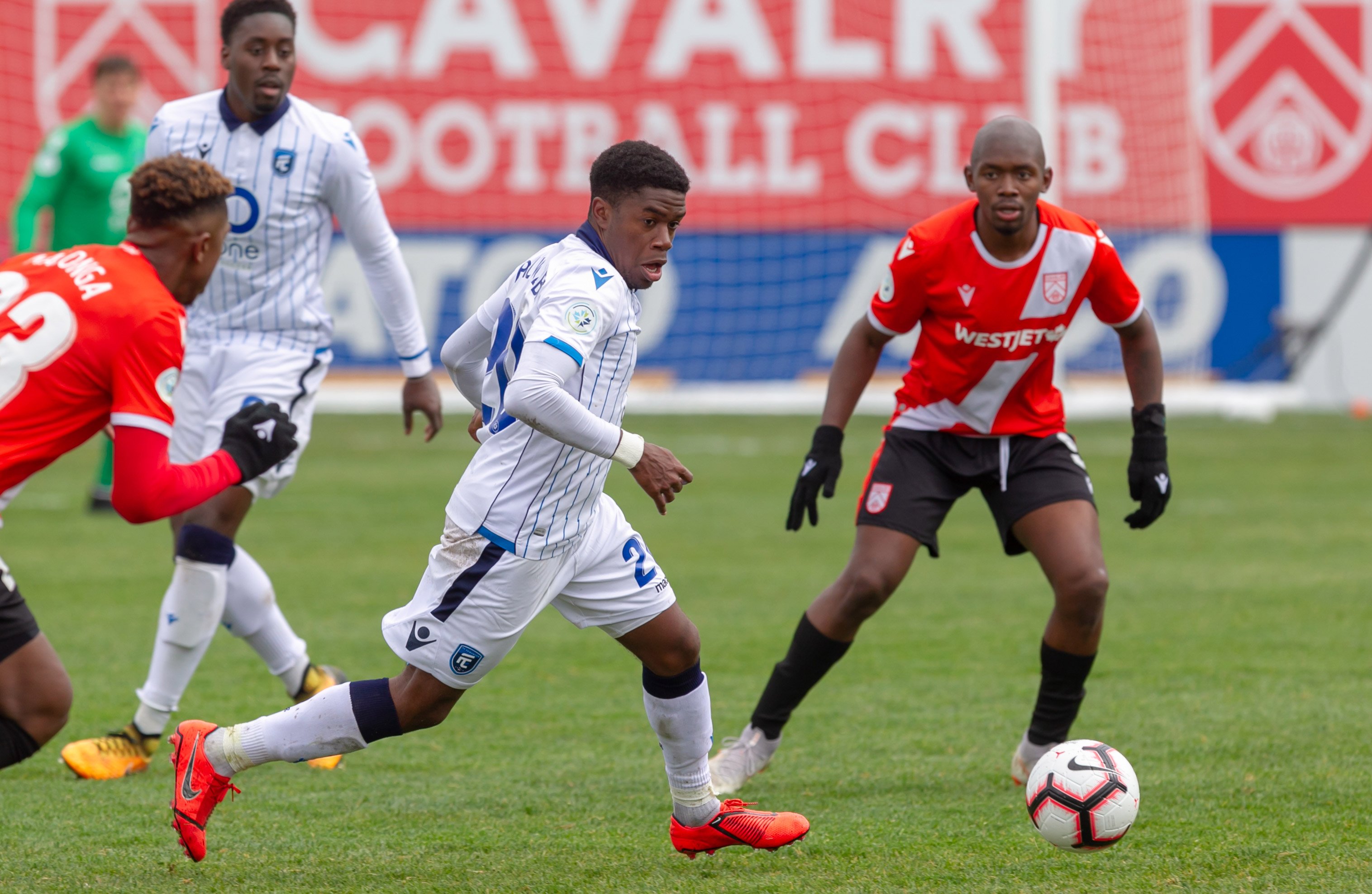 Next up, is the competitive rivalries. There, as the name suggests, matches between the two teams are the main factor in its existence, meaning that no matter how far the two sides might find themselves apart from each other, they play good games, leading to a natural rivalry.

And there, we have just one rivalry, but one that is arguably the best in CPL history, that of course being the derby between Cavalry and Forge.

Despite being separated by several provinces and thousands of kilometres, there has never been any love lost between the two sides, who since day one of the CPL, have been two of the best and most competitive teams. As a result, since their first meeting back in 2019, games between the two have been intense, leaving several good memories.

There’s a reason why their 2019 Canadian Championship series, or 2019 CPL Finals clash, or even their pair of clashes from the 2020 Island Games all have stuck in the memories of fans, as they might have been some of the best matches the league has seen. Plus, with the all-time record seeing Forge narrowly edge Cavalry in the win column 6-5 (along with 4 draws), games are always close between them, too.

Plus, the rivalry doesn’t look to be going away anytime soon. It may have cooled off a tiny bit compared to how it was in the first year, but as they showed in their lone meeting in 2022 so far, an entertaining 2-2 draw, they still go all-out whenever they meet, so don’t turn off the TV the next time that happens.

Lastly, there’s the ‘miscellaneous’ section, where other fun tidbits have brought the teams into rivalries, even if they might not be as ‘traditional’ as the other ones are.

And there is no better example of that than the ‘Coastal Clash’ derby, in which despite being the two teams furthest away from each other in the league, given that they both find themselves on different coasts, Pacific and the Wanderers are still tied together via that geographical element.

As a result, it leads to a special sentiment whenever these teams play, as you sense that there is this desire to be the ‘better coast’, leading to some solid matches between the two.

Otherwise, Pacific is also involved in another quirky rivalry, and that is their rivalry with Forge, one that continues to slowly grow. At first, there wasn’t much in it, as Forge dominated Pacific through the first three years of the CPL, but once Pacific grabbed their first win over Forge, which happened to be the 2021 CPL Finals, things changed.

Especially when Forge nabbed two of Pacific’s key performers from their run to the title in Terran Campbell and Alessandro Hojabrpour this offseason, that really added some interesting fuel to the fire, of which you can start to feel burn whenever they meet now, with a feisty week one 2-1 win from Pacific in 2022 just giving a taste of that.

Lastly, there’s a rivalry that could probably fall into the ‘geographical’ rivalry section, yes, but given how the ‘905 Derby’ is the more prominent of Ontario rivalries, it’s gone to the wayside, that being the York versus Ottawa rivalry, sometimes dubbed the ‘OnRoutiCo’.

But while it might not be talked about, it’s a slowly growing rivalry. Two fun, young teams, they seem to find another gear when playing each other, for whatever reason. As a result, their last meeting led to a very fun game a few weeks back, a 2-2 one with a red card and all sorts of drama, all of a sudden showing the potential of this rivalry.

So while there is a lot of work to do, it’s possible that the ‘OnRoutiCo’ vaults up the rivalry watch list going forward, especially if that last game is to be any indication of how games between these two teams are expected to go in the future.

Here's your recap + highlight reel from @yorkutdfc vs. @atletiOttawa in #CanPL action 🍁⚽