VANCOUVER – Could Justin Smith really be on the plane to Qatar with the CanMNT later this year?

Once a far-fetched idea, that possibility has certainly earned credence these past few weeks, leaving the 19-year-old OGC Nice player with a real chance to stake a claim to join Canada at the World Cup.

Starting with FIFA’s approval of 26-player squads for that tournament, and then growing with Smith’s performances with the CanMNT’s U20 team over the last few weeks, the hype has been slowly growing around Smith, who is also eligible to play for France.

Therefore, as Canada continues to inch towards the start of the World Cup later this year, it’s led to heightened interest in his future, and for good reason, as he certainly has proven his value as one of the top young CanMNT prospects right now.

As a result, it’s already leading to big moves at the club level, helping the pieces slowly fall into the place for the youngster, one who is just getting started as a professional.

Loan move looks to be logical next step for him:

Speaking of those pieces, it looks like the next step is already imminent for Smith, as reports emerged Thursday that Ligue 2 side US Quevilly-Rouen Métropole is close to bringing him in on loan for the 2022-2023 campaign.

That’d be a big move for Smith, who is yet to make his full-fledged professional debut, having signed a first-team contract with Ligue 1 side OGC Nice last summer, but never seeing the field in Ligue 1 or in Cup action.

At the same time, he’s seen as a big part of Nice’s future, and for good reason, participating heavily in their preseason camp last year, which included games against Bundesliga side Union Berlin and future Serie A champions AC Milan. Plus, he made the squad for 10 Ligue 1 games this season, as well as one Coupe de France game, finding himself heavily involved with first-team training under manager, Christophe Galtier.

In the midst of all that, he also found time to get regular minutes with Nice’s second team, too, playing 17 games for them in National 3, the fifth tier of French soccer.

Because of that, you can see why this loan deal has materialized. Likely not fully ready yet to be thrust into the Ligue 1 spotlight, especially on a Nice team set to embark on UEFA Conference League qualifiers after an impressive fifth-place finish, that left the fifth tier as the only other option internally, which wasn’t going to cut it, either.

That leaves Ligue 2 as a logical compromise, especially for a player like Smith, who can play as both a midfielder and a centre back, two positions where extra seasoning is usually required to play at the top level.

It’ll be an interesting challenge for him at Quevilly, who narrowly dodged relegation by winning a playoff over third-tier side Villefranche, but that could also be a blessing for him, allowing him to play regular minutes at a good level, all while experiencing the realities of being in an environment where every game is do-or-die.

Still 19 until February of next year, that’ll allow him to get some great experience playing in a solid second division circuit, allowing him to expand his already impressive profile of skills. 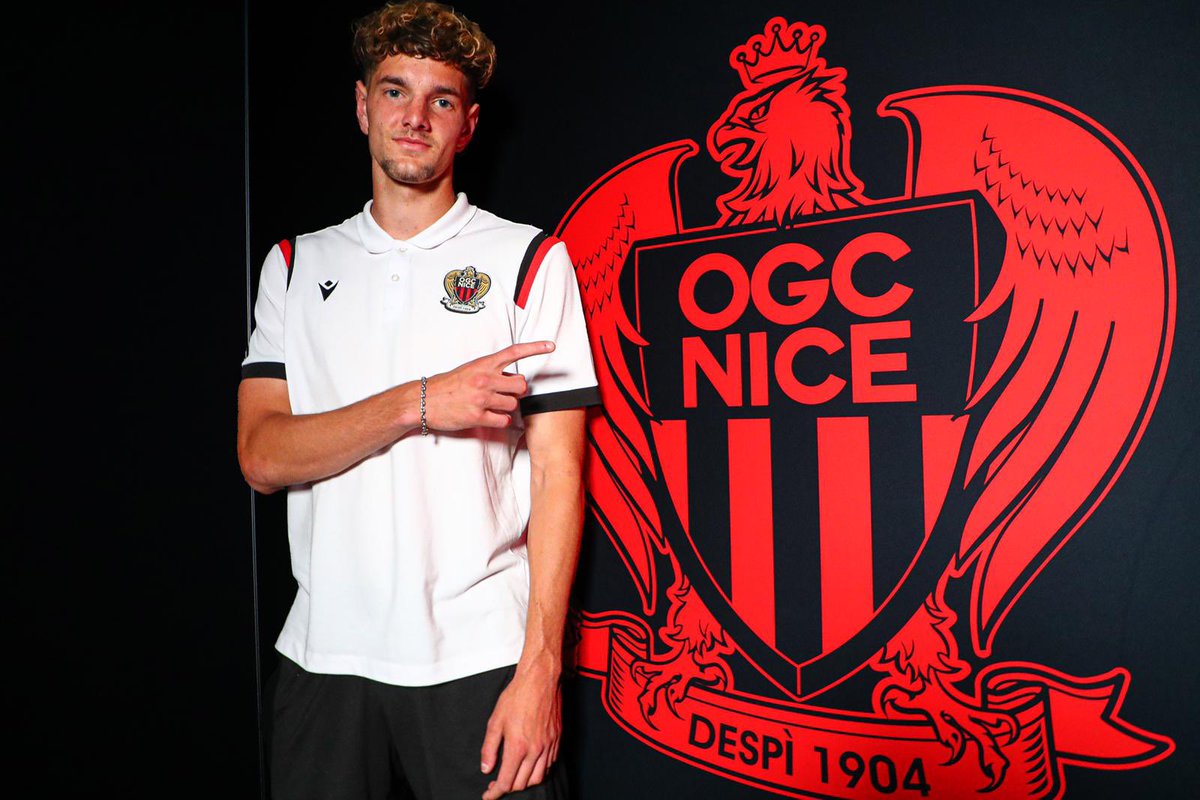 U20 performances caught the eyes of many:

Yet, that loan is just the latest step in Smith’s rapid rise, one that became quite evident during his latest stint with the CanMNT’s U20 team.

There, despite a tough tournament for Canada, who eeked through the group stages as a third-place team before losing to Guatemala in the Round of 16, Smith shone for Mauro Biello’s side, wearing the armband and looking like one of the players of the tournament.

Deployed in the heart of Canada’s midfield, he put in a shift for his team, playing in every game, spending all but 54 minutes on the pitch, 45 of those minutes coming when he was recovering from a knock sustained in the group stages (he recovered from that to then play 120 minutes in the Round of 16).

Despite being on a team that struggled to play in possession, especially in the final third, Smith did a lot of important work in progressing the ball from deep, showing an ability to drive the ball up the pitch in a myriad of ways. From dribbling, to passing, and sometimes just willing it through a combination of both, he did a good job of getting the ball to his teammates in the final third, with his team’s overall execution in that area being more of the issue that dogged them offensively.

Plus, defensively, he’d do well to get back and close the gaps, helping Canada remain relatively solid throughout the tournament, conceding just four goals in four games, with Smith’s defensive work certainly playing a role in Canada’s overall performance in that area.

Along with a solid work rate, which allowed him to keep his engine running throughout the entirety of the game, it meant that he influenced play in a myriad of ways, which is always a great skill for a player in his position.

Because of all that, it was overall a solid stint for Smith down in Honduras, maybe other than a panenka attempt that he might want back from the Guatemala game, as he showed what he’s capable of in a tough environment.

Stand out performer for Canada U20, on a league of his own when it came to getting out of the press, now a CDM but originally a CB, hard to imagine him ever playing that spot after his superb on the ball masterclass. 👇https://t.co/tbRoCVcr1S pic.twitter.com/f2w83MG4y8

Is Qatar really a possibility?

Through all of that, it’s led to the final, and most important question - could Smith indeed be on the plane to Qatar?

Ultimately, to be realistic, the answer is probably not, but at the same time, it isn’t as far-fetched of a possibility as it might first seem.

Especially given the recent squad expansion, giving Canada a chance to bring three extra bodies to Qatar, that could open up space for someone like Smith, as teams tend to like to bring a promising youngster to big tournaments to give them a taste of such an experience.

Seeing that John Herdman has had no issue calling in the likes of 17-year-old Luca Koleosho and 19-year-old Ismaël Koné in recent months after strong pro debuts, it shows that the CanMNT boss is keeping an eye out for young talent right now, too.

So for Smith, it does certainly feel like he has an outside shot to get to Qatar.

It’s not going to be easy, as he’ll have to begin his Ligue 2 season in great form, finding a way to hit the ground running with a heavy body of minutes and solid performances, but should he be able to do that, things will be laid out nicely for him.

Having already gotten a chance to audition with the CanMNT U20s in front of Biello, who is also a first-team assistant, he has familiarity with Canada’s staff, which is a good start.

Plus, able to play two positions where Canada could certainly use some depth at the moment, centre back and defensive midfielder, that versatility could give him another edge if needed, especially if Canada all of a sudden needs to fill a spot at either of those two positions.

Because of that, that shows why Smith’s name is one to keep an eye on in the coming months, as he gets his feet wet with Quevilly, as the door to Qatar is slightly open, giving him a chance to try and rip it down and stake his claim before that plane leaves later this year.

If not, however, don’t fret, as the 19-year-old French dual-national will be just 23 when the World Cup comes around to Canada in 2026, so either way, the future is bright for Smith, although things don’t look too bad at all in the present, either.