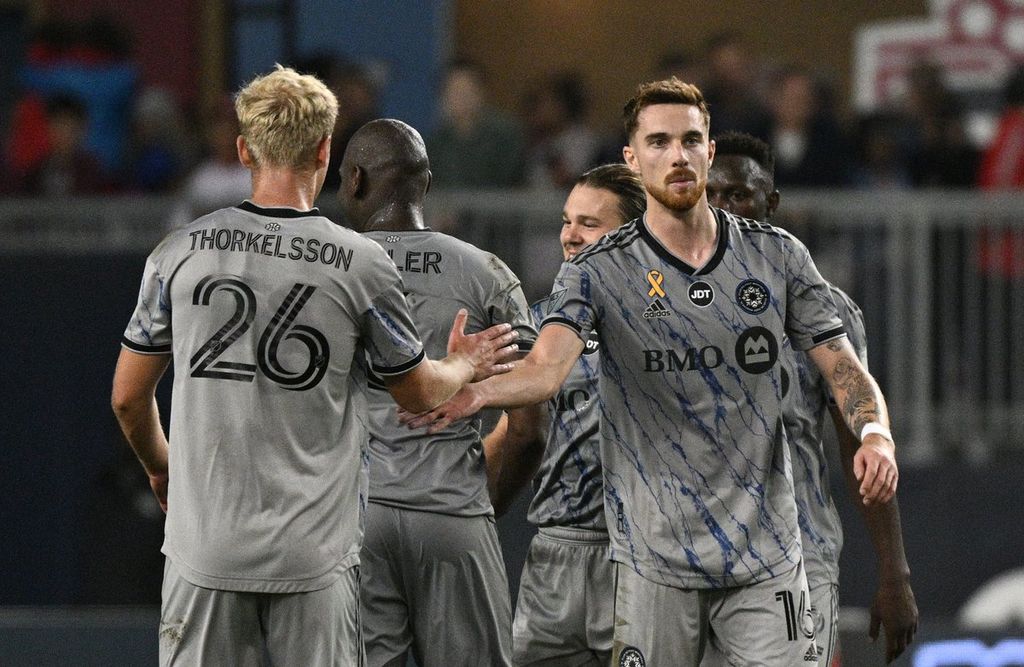 Staring down a 2-0 hole against their rivals, Toronto FC, you could only wonder what was going through the heads of CF Montréal’s players on Sunday.

Having just seen an eight-game undefeated run snapped in midweek at home to the New York Red Bulls at Stade Saputo, they had then just conceded two goals inside seven minutes of the latest ‘Canadian Classique’ against Toronto FC at BMO Field, making one wonder if their 2022 magic had started to run out.

Especially given that TFC was needing a win to keep pace in the playoff race, continuing their unlikely midseason postseason push, it seemed like they were destined to add to their surprise 2-0 lead, too, similar to how they shocked Montréal 4-0 in the semi-finals of this year’s Canadian Championship a few months back, running up the score in what was supposed to be a tight contest.

Despite there being a massive 15-point gap between the two teams heading into this game, with Montréal having spent most of the season near the top of the MLS standings, while TFC toiled away near the bottom, it felt like a Toronto win could shift that narrative, showing that Montréal was ‘pretenders’ when it came for the race towards MLS Cup, while that Toronto’s new-look attack had vaulted them up to ‘contenders’ status.

But then, all thanks to the left boot of Kamal Miller in the 19th minute, that all changed. Having snuck into the box, he struck on a rebound, burying home into the top corner to halve Toronto’s lead to 2-1, and from there, his team came alive, reversing the score to 3-2 by half.

Kamal Miller with the Darby goal 🔥

So far, it’s been a wild 🍁 classique, and that’s included a Kamal Miller goal, as he’s nabbed his 2nd of the season to spark an early #CFMTL comeback

Nice to see him nab one. Been a fun game#CanMNTpic.twitter.com/RivIlNUv2u

From there, they cruised to an eventual 4-3 win, one that helped them cement their spot in second in the Eastern Conference, while vaulting them to third in the MLS’s Supporters Shield race, all while putting a massive dent in Toronto’s playoff hopes.

Instead of being overwhelmed by falling down 2-0 in a derby in front of a packed BMO Field, Montréal just did what they did all season, which was to roll up their sleeves, get back to work, and finish the job.

As a result, they showed why they’ve emerged as one of the favourites to lift MLS Cup this year, becoming one of the best surprise stories in the league with how they did so in what was supposed to be lean, rebuilding years for the club.

Because of that, not only was this derby win a good victory for the team to cherish given how big the rivalry is, but it was also another reminder of what Montréal has built, which is a shrewd, well-oiled machine.

Just ask Miller, who noted post-game that it’s also a machine that he feels isn’t respected as much as it should.

"We felt pretty disrespected that going into this game all of the questions from the media were asking how we were going to cope with TFC, when they should have been asking how TFC is going to cope with us,” Miller boldly stated afterwards. “We just wanted to come out here and make a statement and prove that no matter what they did in the transfer window, we are still a strong team.”

“We just wanted to fight for that respect tonight, and we did that." 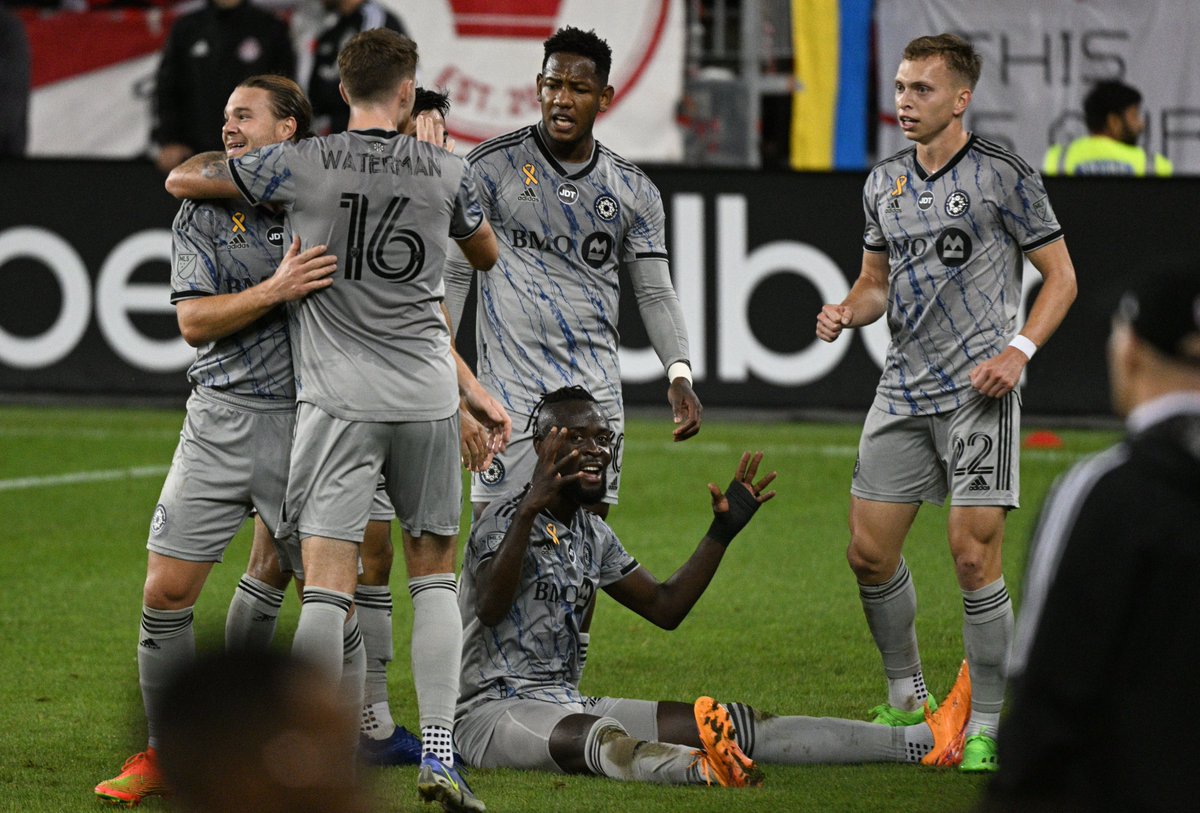 Now, there’s no doubt that respect is there, with Montréal’s position in the overall standings just further proving that, showing that they’ve certainly proven their credentials as a side this season.

Especially given that they’ve swept TFC in the MLS regular season series for the first time as a club (something that Toronto had only previously done in this rivalry), that only further proves that, too, showing why this win was so much more than taking home three points for Montréal.

“It’s one of those (games) that you’re going to remember all your career,” Montréal’s Alistair Johnston added post-game. “It’s a season-defining game. I think a lot of groups when you go down 2-nil to a team that has such firepower, it can easily get out of hand. We dug in and said it wasn’t going to happen.”

“To get another result on the road, a result in Toronto to do the double over them in the MLS is really special. It’s something we don’t take for granted.”

“It just shows what this group is all about.”

At the same time, the work is just getting started for Montréal. These sorts of results are nice, of course, as is their position in the standings, but it will all mean nothing if they come out flat in the playoffs.

As seen in their Canadian Championship run this season, where one flat performance in a knockout game ended what was supposed to be a promising run for them, the same thing could very well happen to them now in the playoffs.

But having been battle-tested with results like that, Montréal knows that, and will look to avoid getting caught in that trap this time around.

Having caught lightning in a bottle here, they want to now finish that job when the big games come around.

Knowing that their squad next year could look very different from this year’s, this could very well be their one run with this core, which in a league like MLS, where change is paramount, means that it’s important that Montréal makes the most of that opportunity.

And they know as much, which is why they’re just looking to make the most of each game, savouring these sorts of results as they come along, while using it as fuel as they now try and put a storybook ending on what has already been a ‘special’ season for the Montréal-based outfit.

“As you know, there’s only one winner at the end of the season,” Montréal coach, Wilfried Nancy said afterwards in French. “So I don’t know if we’re going to win anything, as it’ll be tough.”

“But what I do know is that this group has already written history this year. And that’s what we want.”

“So either way, we’re going to do something special in the playoffs (now).”