CF Montreal 2022 season preview: Can Quioto and co. take the next step?

Since the Thierry Henry experiment came to a sudden end, CF Montreal has adopted a more low-key approach to its business, quietly assembling a roster capable of returning to the MLS playoffs.

As they enter Wilfried Nancy's second season in charge, things look promising. Montreal has found stars in Romell Quioto and Djordje Mihailovic, both acquired from within the league and in need of a change of scenery. After a slow start, the biggest name in the squad — Victor Wanyama — has come good. And a strong Canadian identity is being built around academy products and acquisitions such as Alistair Johnston and Kamal Miller.

It all makes sense. But now comes the hard part: it's time to exit this period of transition and turn potential into wins.

How will the battle in central midfield shake out?

It's Wanyama plus one, and there's plenty of options. Ahmed Hamdi might have been top of the list but starts the season injured, while Samuel Piette also missed the first round of the Champions League.

That opened the door for Rida Zouhir and Ismael Kone, and both teenagers showed plenty to be excited about. Kone, in particular, demonstrated an ability to glide into goalscoring positions that could add another dynamic to the team.

Mathieu Choiniere. Montreal asks a lot of its wing-backs but Choiniere, a natural winger, has thrived there. The 23-year-old played 19 games in 2019 but an ankle injury halted his progress until Nancy took over and made the positional switch.

Johnston gives him a glowing review: “I think that’s the kind of guy that once he gets his chance and really can prove his mark... Canadian national team fans are going to be like, ‘Where has this guy been?’”

1.1 — Montreal's points per game in the 15 matches Quioto missed last season. When he played, that number jumped to 1.6, which would have been good for second in the Eastern Conference.

With a balanced squad, difference-makers in attack, and a talented coach who has laid a strong foundation, Montreal should return to the playoffs. But in a tough East, they are unlikely to have much breathing room if injuries strike or the Champions League affects league form. 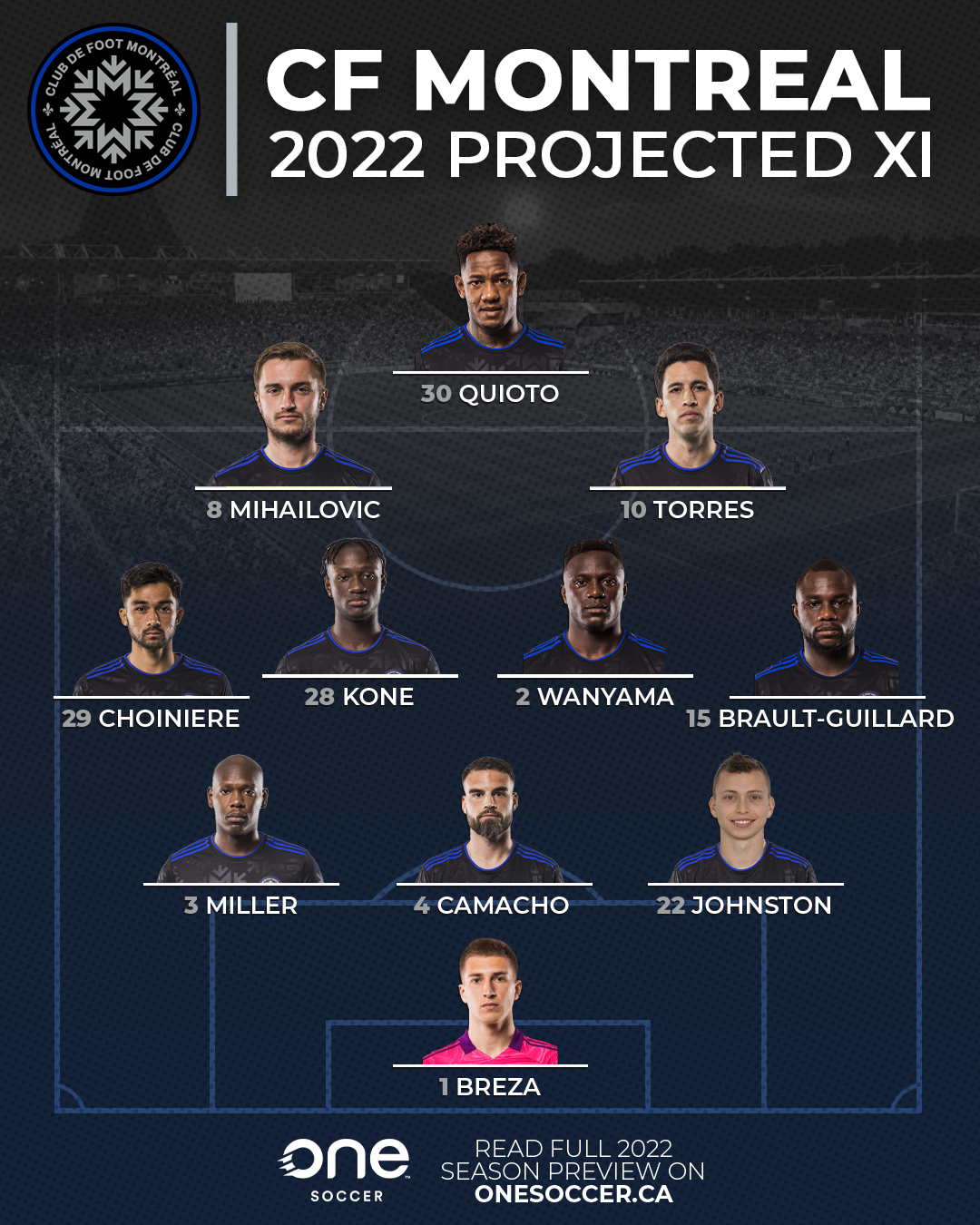