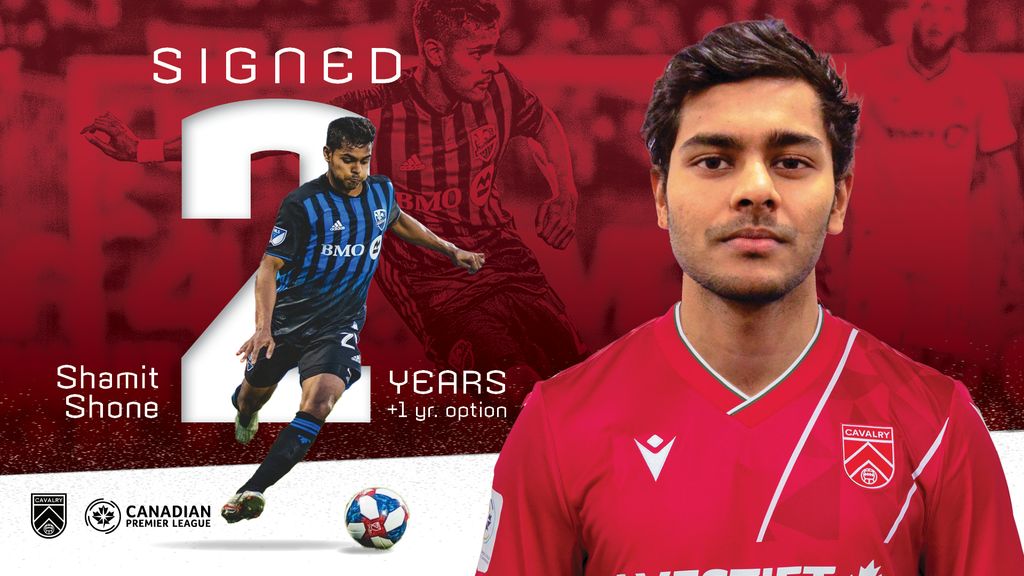 The Canadian midfielder began his professional career in 2016 with FC Edmonton before transferring to CF Montreal of Major League Soccer, where he made 52 appearances for the MLS side. Following his time with Montreal, Shome returned to FC Edmonton within the Canadian Premier League, where he made 51 appearances for the club. He has also been a part of the Canadian National team program, from youth all the way to the full national side. The midfielder joins the red side of Alberta as he looks to bring silverware to Calgary in the 2023 season to add to his Canadian Championship win in 2019.

"I'm very excited to be joining Cavalry FC," says Shome. "They're a club that has built a strong identity and winning culture since the inaugural season of the CPL. I’m looking forward to working with the club's coaching staff and my teammates to gain more success on the pitch than ever before."

"Shamit is a very intelligent midfielder, with a great engine and precise passing ability," said Cavalry FC head coach and general manager Tommy Wheeldon Jr. "For a player that is still relatively young, he has a lot of experience in leagues across North America and within the Canadian National Team program. With his ability, experience, and character, I am confident he will fit in seamlessly at our club and give our midfield a different look."