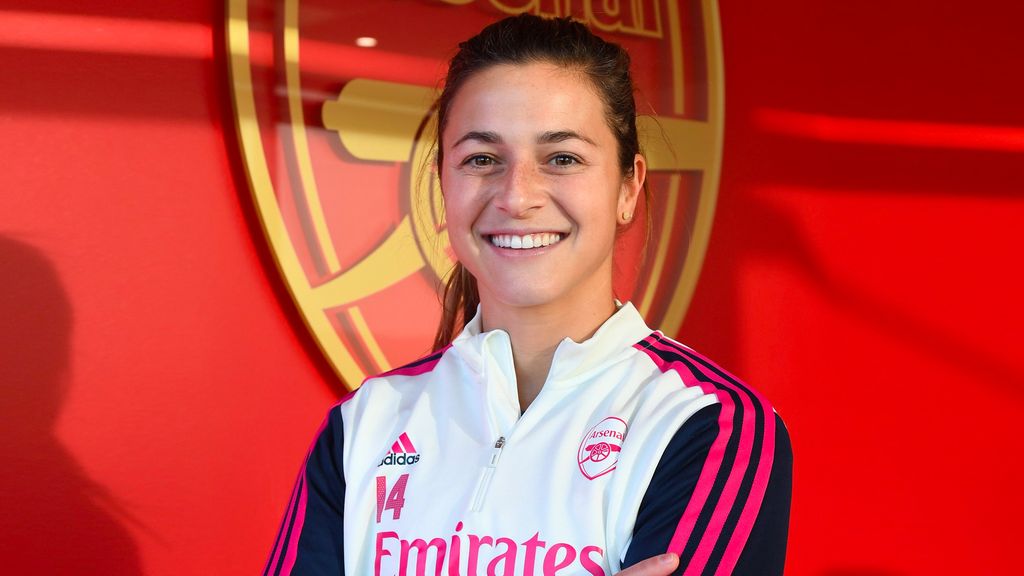 D'Angelo, 29, joins the Gunners having amassed 24 caps for Canada since 2016, to go alongside her 70 appearances for Vittsjö GIK since 2019.

"It feels amazing – it's an honour to be here and I’m so excited to get started with the team," Sabrina said, in a club-issued statement. "This is an incredibly exciting time for Arsenal Women and I want to help the team to win trophies and achieve success for our wonderful supporters."

🗣 "It feels amazing and it's an honour to be here... Arsenal are doing amazing things."

Welcome to the family, @SabsDAngelo 🥰

Head Coach Jonas Eidevall added: "We're delighted to have signed Sabrina. She is a top goalkeeper with plenty of experience in both Europe and North America and we’re confident that she will be a strong addition to our squad."

D'Angelo will need to compete alongside Austria's no. 1 'keeper Manuela Zinsberger for a starting role in Eidevall's side, with the Gunners currently sitting second in the WSL, three points behind Chelsea with a game in hand.