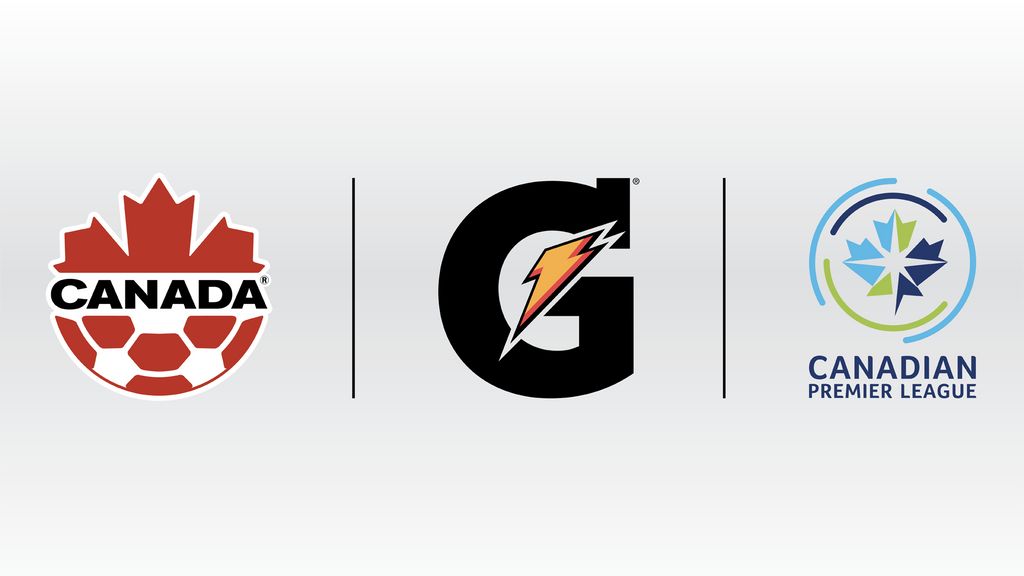 Toronto, ON (March 23, 2022) – Canada Soccer and Gatorade® Canada, a leader in fuelling athletic performance, announced a new multi-year partnership that will establish Gatorade Canada as the official Isotonic and Sports Nutrition partner of Canada Soccer.

The partnership will see Gatorade Canada support Canada Soccer’s National Teams and its national competitions, including the Canadian Championship and Toyota National Championships.

Launching ahead of Canada Soccer’s Men’s National Team FIFA World Cup Qatar 2022™ Qualifiers in March, and Canada Soccer’s Women’s National Team Celebration Tour series in April, the partnership will integrate Gatorade into the match day performance protocols to fuel the performance and recovery of Canada’s top athletes, as they represent our nation and compete on the international stage.

“We are delighted to be teaming up with a sports hydration and nutrition leader like Gatorade,” said Dr. Nick Bontis, Canada Soccer President. “With the sport reaching new heights across our nation, the addition of committed partners such as Gatorade Canada will help us continue to positively impact and support the Canadian soccer community from coast to coast to coast. We look forward to working with Gatorade Canada to integrate new ways to support and fuel our athletes, both on and off the field.”

Through this partnership, Canada Soccer joins an elite roster of global partners and athletes that are fuelled by Gatorade. Through its 55+ year history, Gatorade has had a singular focus on driving athletic performance through ingredients that are backed by science – tested and proven over countless hours in the lab and on the field.

“We are excited to partner with Canada Soccer to continue our mission to fuel Canadian athletes across a multitude of sports, helping them to achieve excellence in sports performance,” said Lourdes Seminario, Senior Director of Marketing at PepsiCo Canada. “We have seen the growth and enthusiasm for the future of soccer in Canada, and we are excited to help rehydrate, replenish and refuel some of the sport’s top athletes on some of the biggest stages in the game.

“We are pleased to continue such a fantastic partnership with Gatorade Canada,” said Shaun Guest, Vice President, Canadian Soccer Business. “Having Gatorade on our benches since the League’s inaugural season in 2019 is important to us and we’re excited that the partnership now includes Canada Soccer”.

The multi-year agreement facilitated by Canadian Soccer Business (CSB), will provide Gatorade Canada with a robust mix of partnership rights and assets which further embed the brand into the fabric of Canadian soccer.