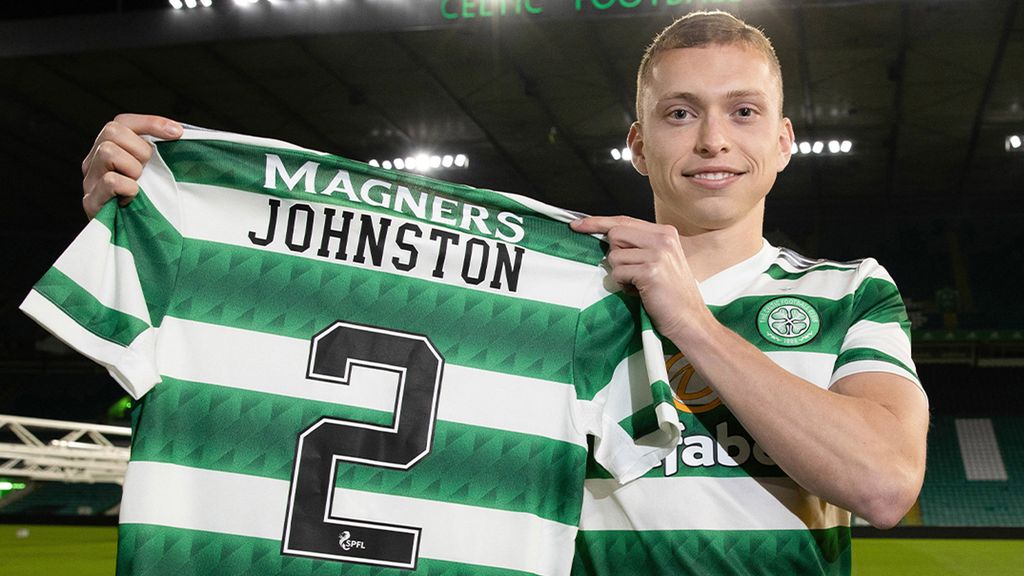 Canadian international defender Alistair Johnston completed his move to Celtic on Monday, a move he called a "match made in heaven" as he vowed to fight for a starting role.

Johnston, 24, made the move to Europe after successfully impressing at CF Montreal over the course of the 2022 season, while also turning heads during World Cup Qualifying and the 2022 FIFA World Cup with Canada, where he has become a key cog in John Herdman's defensive line.

He joins a Celtic FC team looking for depth at right-back, and with the responsibility that comes with the no. 2 shirt, Johnston is ready to take on that challenge.

"I'm just here to fight for my place and hopefully earn some minutes," Johnston told reporters, as quoted by Celtic's official website.

"Just by talking to the manager, you can see how much he knows about the game, how much he cares for giving young players an opportunity and also how he’s done with his recruiting.

"Hopefully I can be another one in that long line of players that he’s brought over who have shown not only Scotland but all of Europe that they can play."

The new Celtic signing admitted to lying to his international boss to get a spot in the Canadian team. pic.twitter.com/BMdYY0tLz1

Johnston's career trajectory has seen him rapidly rise through the ranks, starting at Vaughan Azzurri before making waves in Major League Soccer with Nashville SC.

But, with a clear target set by his international manager Herdman for more Canadians playing in top European leagues, Johnston's latest step is also one that serves to validate the entirety of Canadian soccer's developmental goals.

For his part, a move to Celtic Park has been something Johnston has been trying to manifest for a long time, too.

"My entire childhood was waking up and watching Premier League and Champions League and, of course, seeing Celtic in some of those big nights," Johnston said.

"I always look at it like this; if there's a full slate of games going on in the Champions League, and Celtic's playing at home? I want to watch the Celtic match."