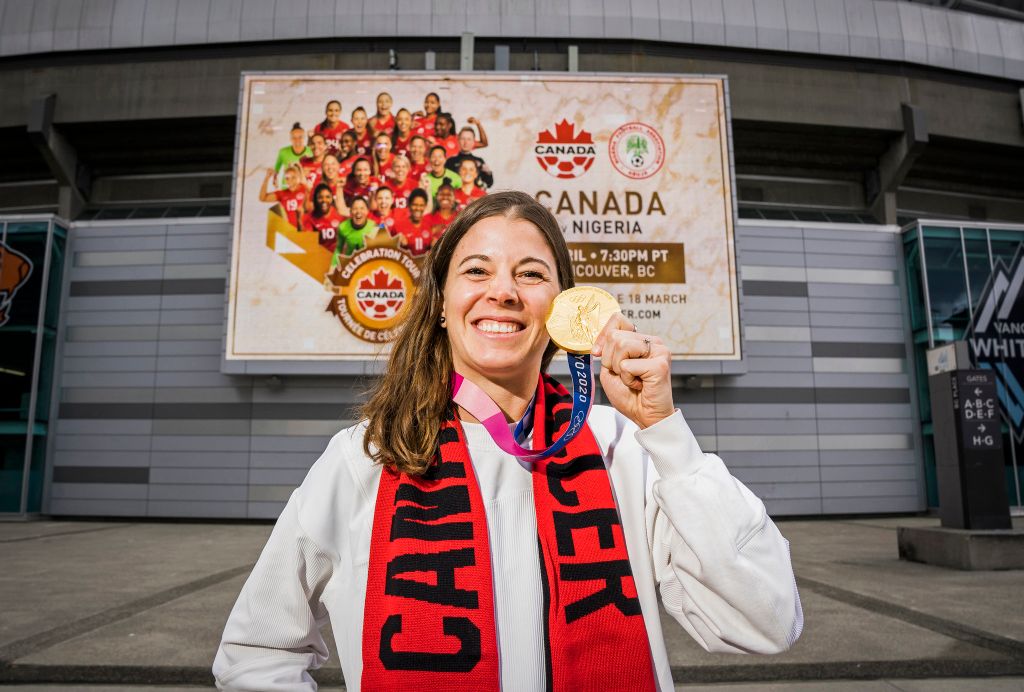 Canada's gold medal winning Women's National Team returns to B.C. for a pair of Celebration Tour friendlies vs. Nigeria - and you can catch both matches on OneSoccer! (Tonight, 10PM ET / 7PM PT)

VANCOUVER – It’s a homecoming almost 5 years in the making.

One-thousand, six-hundred and twelve days, to be exact.

That's how long it has been since the Canadian women's national team last played in British Columbia.

Now? They're finally back on B.C. soil for a pair of friendlies against Nigeria in Vancouver and Langford.

Here as part of the 2021 Olympic gold medal ‘Celebration Tour’, these exhibitions serve as both a chance to honour the Canadian side that made gold medal history in Tokyo last summer, while also preparing for what lies ahead.

That being, of course, the 2023 FIFA Women's World Cup qualifying cycle.

On top of that, these West Coast clashes also see two longtime pillars of this team – Christine Sinclair and Stephanie Labbe – both honoured for their team legacies.

Sinclair returns to her home province for the first time since becoming world soccer's all-time leading international goalscorer in February of 2020.

Labbe will play her final games for Canada this week, following her retirement announcement earlier this year.

It's only fitting that all this should happen this weekend in BC, long having served as a hub for this team in years now past.

“We’ve played so many games here in Vancouver that it has truly felt like a second home to me on the field,” Labbe noted back in March. 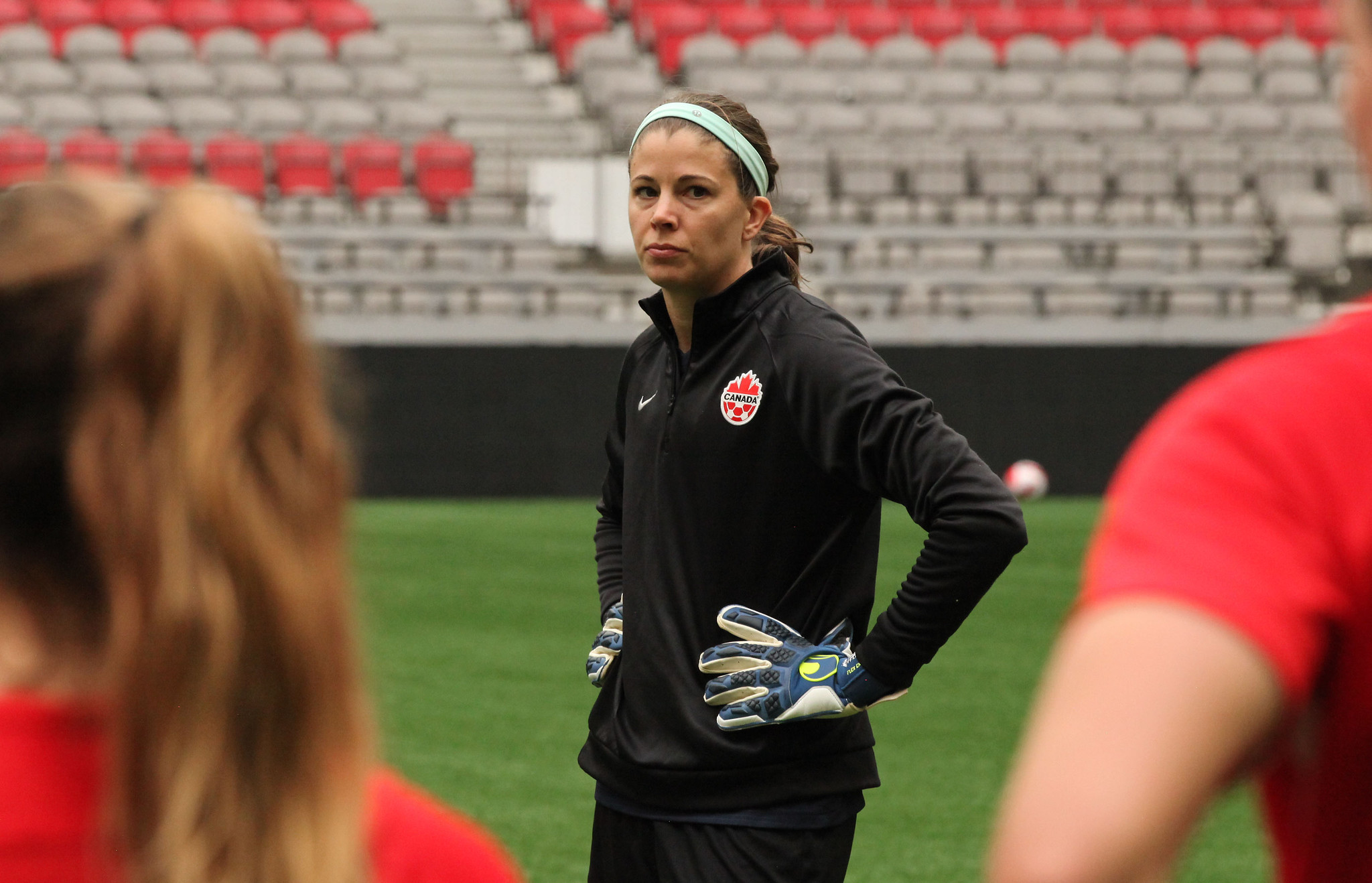 From key friendlies, to crucial qualifiers, as well as matches in the World Cup proper, this province has really seen it all from this Canadian team, and will only add to that history this weekend.

“It’s long overdue,” Canada head coach Bev Priestman told OneSoccer this week. “I think all of Canada loves this team, but the West Coast has a rich history with this team.”

But while BC offers familiar comforts for this Canadian side, a lot has changed since they last played here in November of 2017, when they took on the United States at BC Place.

Mainly? They now bear the label of being the defending Olympic gold medalists, which, of course, led to the creation of this ‘Celebration Tour’ in the first place.

This team inspired a nation half a world away in Tokyo at the Olympics last summer; many West Coast fans woke up at all hours to support the team and follow along as Les Rouges went for gold and found glory.

When Canada finally “changed the colour of the medal” last August after back-to-back bronze triumphs at the 2012 and 2016 Olympics, the West Coast? They were right there with them back home, coffees surely in hand, the glow of a screen cutting through the still-dark night outside their windows.

And that support wasn’t lost on the players, who felt that love, and are now eager to share it with them in person now.

“You can feel the excitement,” Labbe offered. “To really see the impact that we’ve had on young Canadians, older Canadians, the whole country, it’s been such a humbling experience to come back and see how many lives that we’ve touched.” 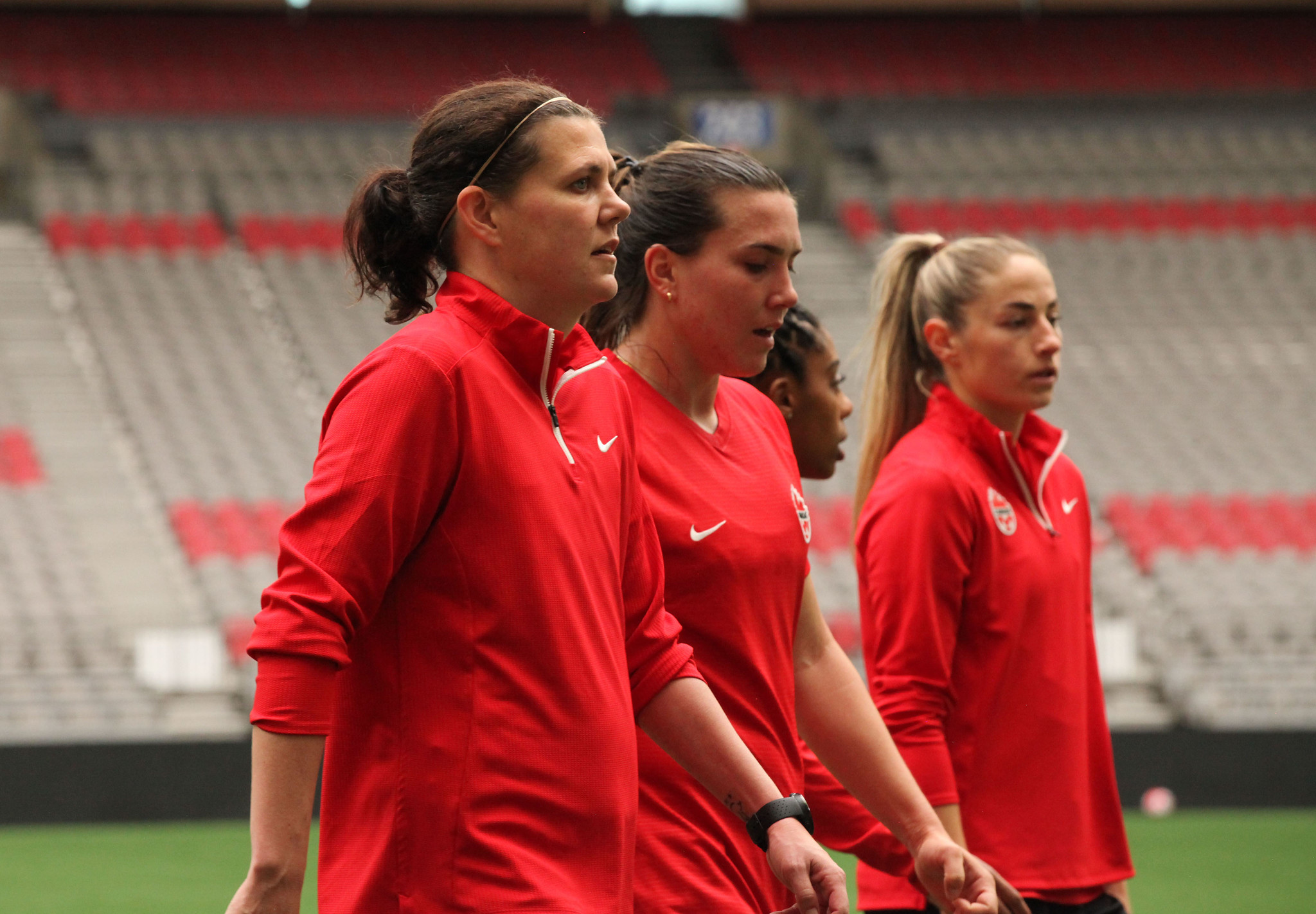 These games will be about reliving those experiences, make no mistake ... but Canada still has a job to do here.

While each of the 22 players who won gold medals in Tokyo will get a chance to partake in the festivities of this latest Canada’s camp, they’ll also be fighting for their spot ahead of the 2023 World Cup qualifiers this summer.

That’s why Priestman called in an extended squad of 29 players for this camp instead of the usual 23, making sure to bring in names who she feels can push her group and reminding them that no spot on this World Cup team is a guarantee right now.

“We’re assessing players who are ready for the summer,” Priestman explained last week. “In terms of our qualification and journey to the World Cup, I want to make sure that we widen the pool, and make sure that we’re doing exactly as we did before we went to the Olympics, and leaving no stone unturned to build for the future.”

Along with a stiff test in the form of Nigeria – who, despite being 39th in the FIFA Rankings, have been a dominant force in Africa for years – Priestman is also hoping to stoke competitive fires within her group.

“I think the FIFA rankings, particularily in the women’s game, they don’t represent a lot,” Priestman told OneSoccer.

“I think this (Canada) team knows how tight games against Nigeria historically have been, they know how difficult of a team they are to play.

“And you watch them, they’re more organzied than ever, they’ve got some players playing for some great teams, so our message has been that we’ve got to get used to convincingly beating these teams.”

The #CanWNT return to Celebration Tour action, taking on Nigeria in the first of two friendlies ⚽

Through all of this adversity, Priestman believes she can push her team toward the next frontier that awaits them - the FIFA Women's World Cup.

Having never finished higher than 4th in that tournament, the team is looking to use Olympic success as a springboard to finally climb what Priestman describes as the “bigger” mountain.

With a gold medal around their collective necks, they'lll feel that they’re better equipped than ever to tackle that test, allowing them to smash through yet another ceiling.

“The new mountain of the World Cup is bigger than ever,” Priestman offered.