Canada Soccer have announced the official squad that will represent the nation at the FIFA World Cup Qatar 2022™. Led by Head Coach John Herdman, Canada’s brotherhood of 26 players have united the country from coast to coast on their quest for Qatar and are set to inspire a nation on the world’s biggest stage. Following a 20-match run that qualified the Men’s National Team to the FIFA World Cup for the first time in 36 years, Canada will now continue their pioneering journey when they take to the pitch for their opening match on Wednesday 23 November at Ahmad Bin Ali Stadium.

After an opening match against Belgium, Canada will face Croatia four days later on Sunday 27 November at Khalifa International Stadium and then Morocco another four days later on Thursday 1 December at Al Thumama Stadium to close out the group phase. In Canada, the FIFA World Cup Qatar 2022™ will be broadcast live across CTV, TSN and RDS from 20 November through 18 December, with the knockout phase starting Saturday 3 December.  Complete coverage of Canada Soccer’s FIFA World Cup journey will be published at CanadaSoccer.com and across our digital channels.

To support and inspire Canada Soccer’s Men’s National Team, the #WeCAN campaign encourages Canadians to post a video featuring the words ‘We Can’ along with at least one reason why they believe in Canada’s quest at Qatar 2022. At the same time, fans are encouraged to follow Canada Soccer’s digital channels on Facebook, Instagram, TikTok, Twitter, and YouTube to find extended coverage featuring the hashtag #CANMNT. 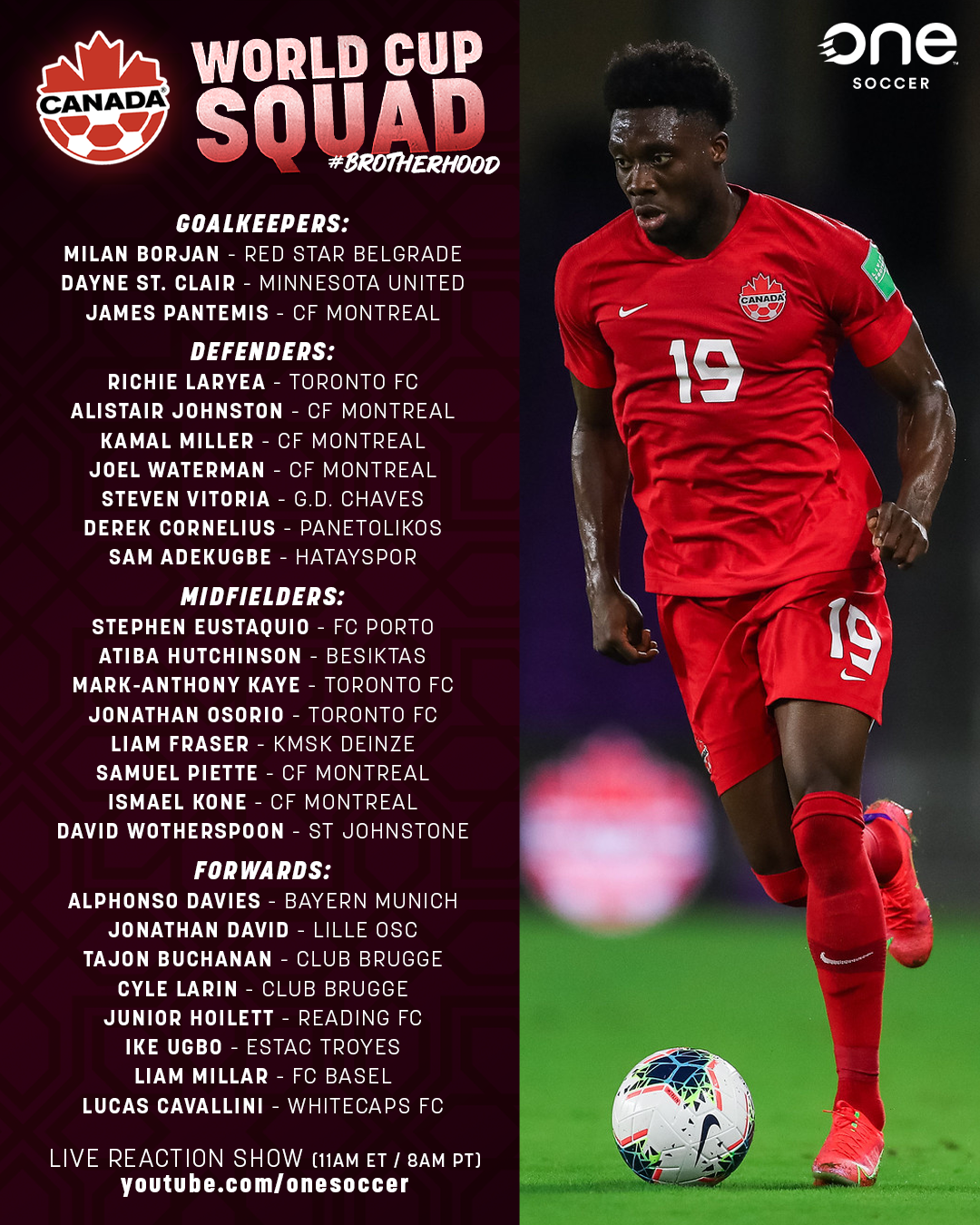