TORONTO – There's no doubt that this new generation of Canadian men's national team players have carried the nation to dizzying new heights in recent years.

Led by the likes of Alphonso Davies, Jonathan David and Stephen Eustaquio, Canada's historic run in men’s World Cup qualifying has changed the way that many view a team that was once a forgotten name both within Canada and abroad.

With several more promising youngsters arriving on the scene year over year – and many more expected to be on the way – there's a collective feeling, perhaps, that this rise is just in its infancy too; the climax still yet to come given this unprecedented emergence of strong Canadian talent in the Under-23 category.

But while a lot of attention has been given to the younger generation that stepped up on this Canadian team, it's important to note the work that the previous generation has put in – and continues to put in – to help push the team upward.

For example, while Davies and David shone during World Cup Qualifying, it was 27-year-old Cyle Larin that led the team in scoring – and scored some of the team's most important goals, too.

While that was happening up front, 34-year-old Milan Borjan continued to prove himself as one of the top goalkeepers in Concacaf, 35-year-old Steven Vitória was marshalling things at the back, 32-year-old winger Junior Hoilett was pulling the strings in the attack, and 30-year-old midfield maestro Jonathan Osorio continued to come up clutch when it mattered most.

That’s without mentioning Canada's ethereal captain, 39-year-old midfielder Atiba Hutchinson, who was a constant in some of Canada's biggest games of this World Cup Qualifying cycle, playing a central role in a run that he's waited his whole career to experience. 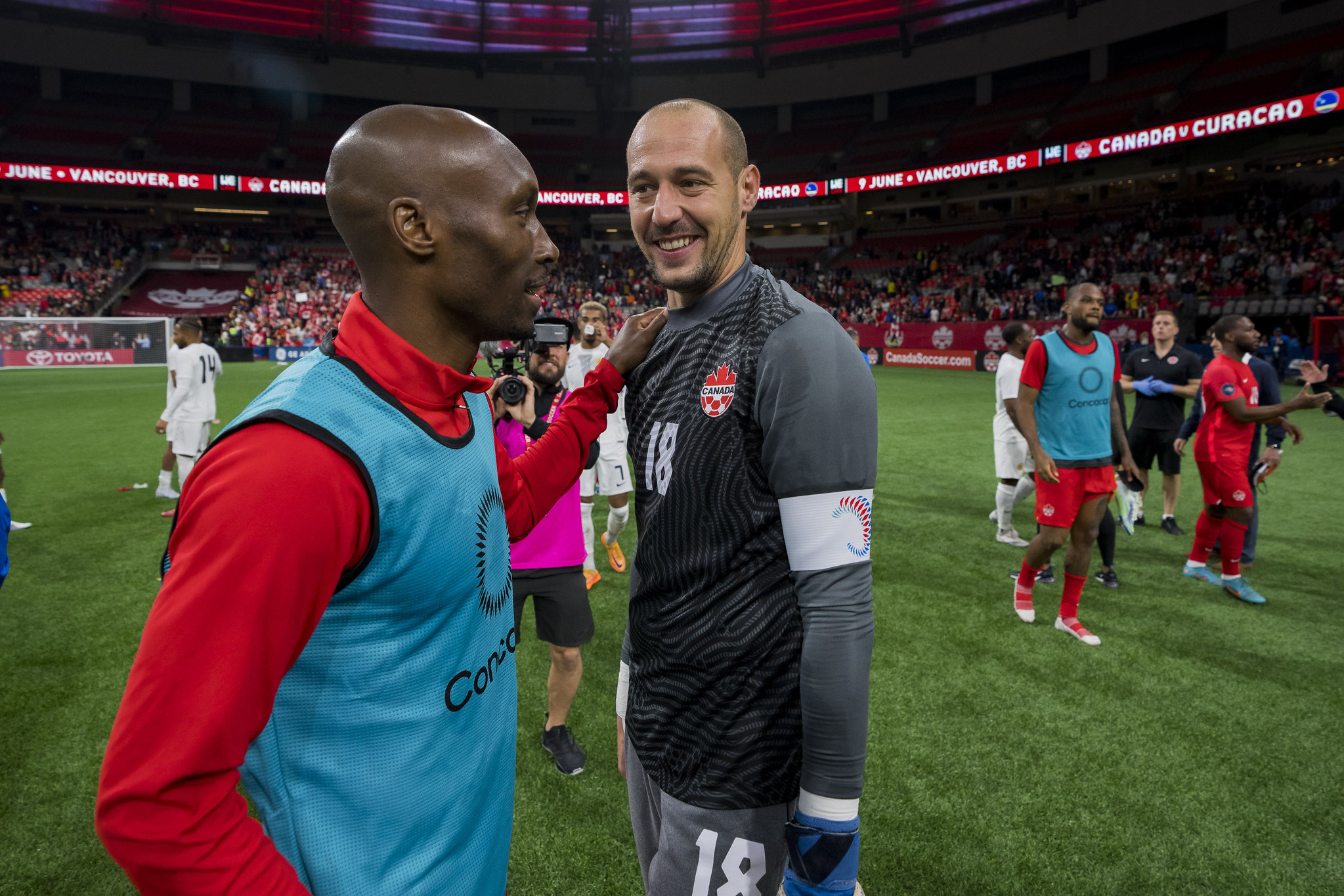 All of their contributions reflect the aimless wandering of our veteran talent over the years, each enjoying strong individual careers without the glue to come together as one; when last year, Hutchinson became one of the oldest captains in UEFA Champions League history with Besiktas, to this year, where Hoilett is leading a surprise promotion push to the English Premier League with Reading FC, to the ever-present roles that Osorio and Samuel Piette have enjoyed over the decade in MLS, each of these veterans made their mark for club and country.

Sometimes, in a soccer world that can get excited about the shiny new toy that comes along, it's important to not forget the contributions that those who have firmly planted their roots can bring to the table.

For all of the energy and desire to play without fear that the youngsters can have, having that veteran presence ensures that the team can stay measured and not become overwhelmed by the occasion, a factor that's crucial to finding balance in a team.

That leadership proved to be huge for Canada, who didn't just qualify for the World Cup off of the back of their bright new talent, but in tandem with those who know how to survive tough situations and grind out results.

Most importantly, they help set the tone of the team's identity, both on and off the field.

For youngsters who are finding their feet in the pro game, how invaluable is to see how someone like Hutchinson keeps their body in tiptop shape? Or how Larin steps up to find another level whenever he puts on the Canadian shirt, even if things aren't going great at his club? Or, conversely, the consistency that players like Hoilett and Sam Adekugbe bring from their clubs to their country?

Those lessons can often make a crucial difference in the development of players looking to make that next step, as some of those aforementioned players learned when they came to similar crossroads earlier in their careers.

So as Canada gets set for the World Cup now, look for these veterans to play a role in this push, as they still have a lot to give. Having seen the tribulations that some of them have gone through, from the lows of the 2012 disaster in Honduras or the goalless 2015 Gold Cup debacle, to the highs of this WCQ run, their experience will be invaluable as they return to a stage this team hasn’t seen in 36 years.

Having gone to locales in CONCACAF that many might’ve said no to, while playing on pitches that most of the top team’s doctors might’ve winced at, they’ve fought hard just to make it this far in the journey.

GK Milan Borjan comes from his net to greet Atiba Hutchinson, as the #CanMNT veteran enters as a substitute.

And in this moment, I realize I will probably cry today.

With a chance to impress on such a big stage, veteran leadership will be key to ensuring that Canada doesn't wince in front of the spotlight – especially if Canada wants to become a team that doesn't just consistently make future World Cups, but competes well in them too. Having a confident and assured showing in their first time back in 36 years will go a long way towards helping make that goal a reality.

If they're not there, then it's the impact that they leave on this next generation that will prove their final – and perhaps most valuable – contribution to their country when 2026 rolls around.

John Herdman's task of selecting 26 players for this upcoming World Cup is tough, with a chance for both some promising youngsters and some key veterans set to inevitably miss out. There are more than 26 talented Canadian footballers, after all. 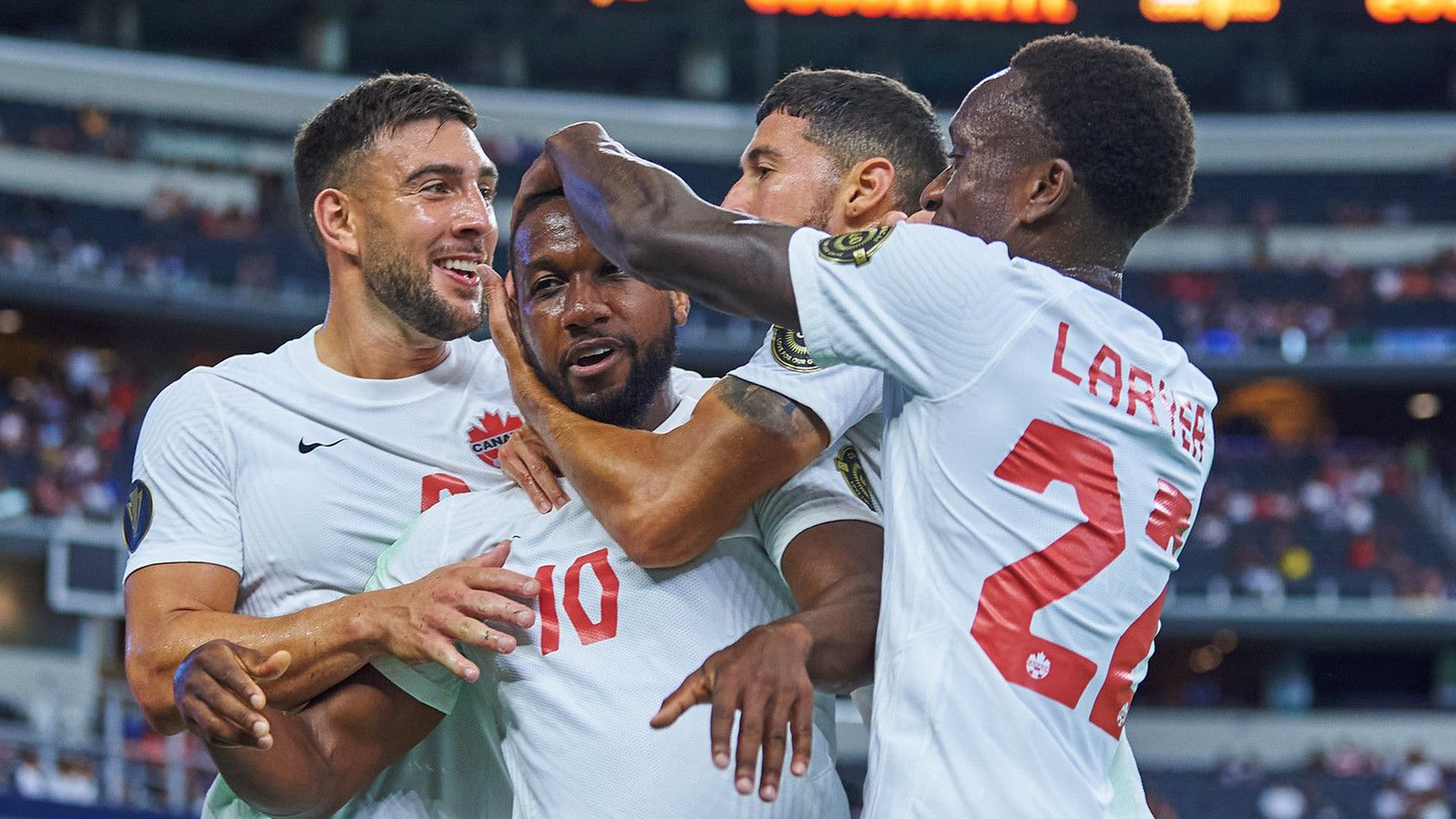 But as Canada continues to build the framework for the future, Herdman's next great task will be transitioning from one generation to the next.

"They're all excited, they've all been dreaming about this moment," Herdman said of his group last week. "This is the toughest part as a coach now; there are guys who aren't going to make it. You've seen that I'll be loyal to players through my 4 years, and there are guys who have given everything to this team, flown long hours, and gone to places where other guys might not have wanted to go, and they've done that.

“So we'll always be loyal to players. I think that's at the core of what this brotherhood is ... but at the same time, you've got to earn it, and the guys that played on the pitch today, they earned that, whether it's been at training, their club performances, or whether it's earning it through four years of battling for this team, knowing our structures, knowing our tactics. I think experience in international football, those x-factors, can go a long way.

"Yes, sometimes something shiny comes along, a player who has had a great couple of performances, but international experiences are also important. Those moments (we had) in Haiti are important. And those are the things that when it gets tough, when we're in that World Cup context, you've got to go back to that culture.

"So I've got big decisions to make. Those are in order. It's not going to be easy, but I'll be loyal to the guys, as well as make sure that people earn the right to be there."