Canada Soccer have announced their squad for the beginning of the upcoming June women’s international window. The final roster of 23 players, which will also head to the 2022 Concacaf W Championship, will be decided prior to the match vs. Korea Republic. In their first appearance since April’s Celebration tour, Canada Soccer’s Women’s National Team reunite for a duel with Korea Republic at BMO Field in Toronto on June 26. 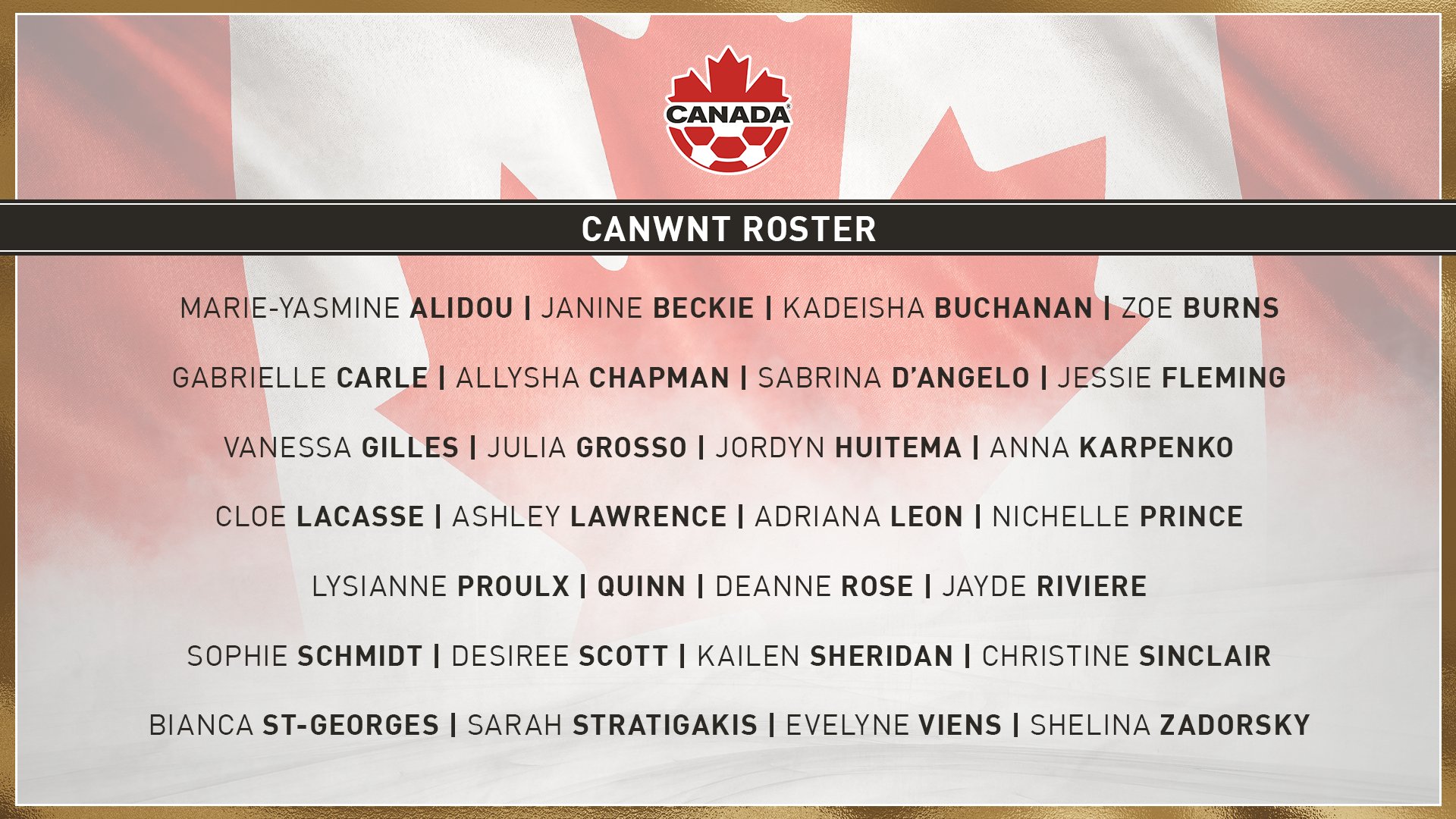 “We’re excited to get another game in front of our fans and to have many players from the Toronto area return home for the first time in a long time,” said Bev Priestman, Canada Soccer’s Women’s National Team Head Coach. “The June window is about selecting the final 23 player roster and working on ourselves heading into a critical tournament this summer and Korea will provide a great test for us.”

Tickets are still available via Ticketmaster.ca for the international match vs. Korea Republic. The match will also air live on OneSoccer, available as a linear channel on Telus’s Optik TV(Channel 980) as well as online at OneSoccer.ca, through the OneSoccer app and on the fuboTV Canada platform. Fans will find extended coverage for the matches across Canada Soccer’s digital channels on Facebook, Instagram, Twitter, and YouTube featuring the hashtag #WNT.

Canada is currently preparing for the 2022 Concacaf W Championship which doubles as both the qualification route for the FIFA Women’s World Cup Australia & New Zealand 2023 as well as the Paris 2024 Olympic Games. The upcoming Concacaf W Championship will feature eight nations from 4-18 July in Monterrey, NL, Mexico, with Canada and USA to be joined by Costa Rica, Haiti, Jamaica, Mexico, Panama, and Trinidad and Tobago.

CANADA SQUAD
Coach Bev Priestman’s Canada squad features 28 players including 21 Olympic champions from the Tokyo Olympic Games. This Canada squad is missing national legend Stephanie Labbé for the first time since 2008, following her retirement in April 2022. Captain Christine Sinclair is the squad’s most experience player with 310 international “A” appearances while five other players have 100 or more international matches to their credit: Sophie Schmidt (212), Desiree Scott (175), Erin McLeod (120), Kadeisha Buchanan (118), and Ashley Lawrence (105).

Canada’s Player of the Month for May Kadeisha Buchanan returns after coming off another incredible club season with Olympique Lyon winning the Coupe de France, Championnat de France and the UEFA Women’s Champions League. Midfielder Julia Grosso also joins coming off a banner month of May, winning the scudetto in Italy (Serie A title & Coppa Italia) with Juventus FC Women and signing a new contract with the club until 2024.

CanadaRED MEMBERSHIP
Becoming a CanadaRED member is the best way for Canadian supporters to ensure an inside track on fan promotions, advance access to National Team home matches, and the latest information on Canada Soccer activity. Visit canadasoccer.com for more information on the CanadaRED fan membership program and register to become official member of Canada’s growing soccer movement.

CANADA SOCCER’S WOMEN’S NATIONAL TEAM
Canada are Olympic champions (Tokyo 2020), two-time bronze medal winners (2012 and 2016), and two-time Concacaf champions (1998 and 2010). In all, Canada have participated in seven consecutive editions of the FIFA Women’s World Cup™ (1995 to 2019) and four consecutive editions of the Women’s Olympic Football Tournament (2008 to 2021). At Tokyo 2020, Canada Soccer’s Women’s National Team became the first Canadian team to win three consecutive medals at the Summer Olympic Games and just the third nation in the world to win three medals in women’s soccer.