TORONTO – Seven years ago, Toronto FC lured Sebastian Giovinco away from Juventus and chiseled into marble the new story of Major League Soccer.

Seven years later, and Toronto FC lured Federico Bernardeschi away from Juventus... and he's not even the biggest deal on the field.

The party belongs very much to fellow Italian international Lorenzo Insigne, the hero of Naples, Italy's great talent of this new generation, who, like Giovinco before him, wears Toronto's soccer crown atop his head.

It took seven years for the signing of a player like Bernardeschi to go from being a moment of wild celebration and giddy anticipation, to one of near-arrogant expectation.

Of course the Reds can sign Bernardeschi. Why wouldn't they be in the running for some of the world's most valuable talents? 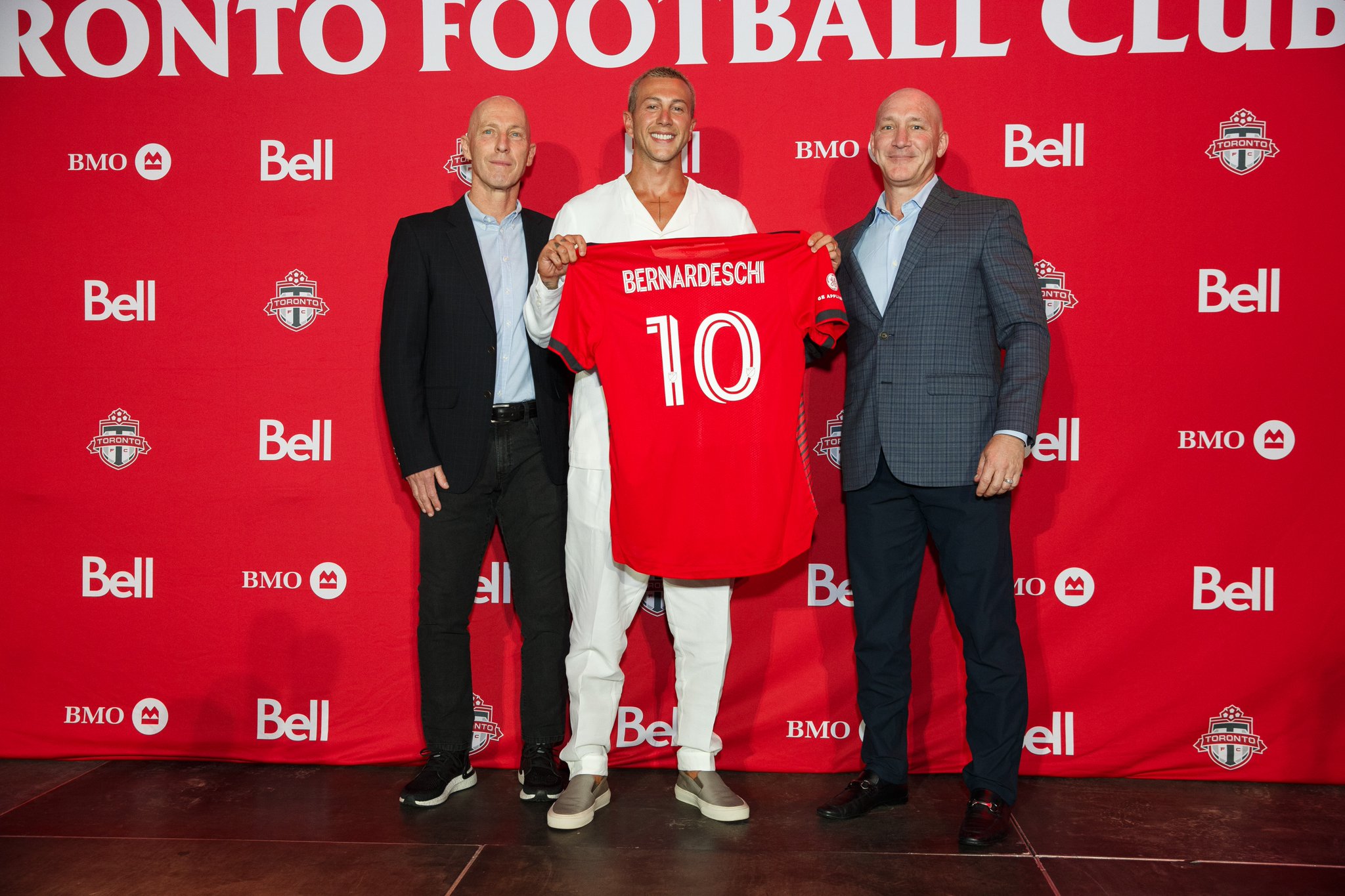 The future of Toronto FC is a topic of much discussion, especially of late.

Bob Bradley's rebuild has been met with the same level of scrutiny – though of significantly increased hope and expectation – as that of Greg Vanney's, back in 2015.

Then, Vanney spearheaded a Giovinco-and-Jozy Altidore-inspired charge to MLS Cup glory in 2017. Only penalties prevented the Reds from becoming the first MLS team to claim the Concacaf Champions League title, leaving Club America and Tigres UANL dead in their wake. That team was unstoppable on their day.

But in the years that followed, the Reds failed to maintain that standard of play. Giovinco moved on to Saudi Arabia, Altidore faded onto the Boston bench, and the pieces that followed, while bright at times, couldn't capture that same enthusiasm – nor the same ruthlessness in trophy-hunting.

Toronto FC fans haven't forgetten what those days felt like, though.

You can see it plainly on Jonathan Osorio's face these days. No longer is he the bright-eyed pupil. He and Michael Bradley now walk with the same confidence and composure, the kind only a career of championship-winning highs followed by a long drought can forge in a player's spirit. Osorio wants more. Ditto, the Toronto supporters.

When Insigne and Bernardeschi took to the field for the first time on Saturday, they toyed with Charlotte FC for 45 minutes, combined with their contemporaries to score four unanswered goals, and sat on the bench for the second half content with the scope of their contributions in what essentially amounted as a pre-season friendly for the two Azzurri.

On Tuesday night, Insigne and Bernardeschi could easily make short work of Vancouver and claim a Voyageurs Cup title without breaking a sweat.

Be sure to catch that match right here on OneSoccer, kicking off with our pre-game show at 10PM ET / 7PM PT. You can subscribe right here, of course.

That's the world we live in right now. Toronto will outspend to win. Wanna keep up? Open your wallet.

So what exactly does that future hold for Toronto FC?

Not the future in five years, mind you. A future further down the line.

It's plain to see that the club's ownership are highly ambitious in their spending. Make whatever jokes you'd like about the wage bill, but the club is raring to break free of the shackles of its salary cap.

The Reds have signed Insigne and Bernardeschi to reportedly record MLS deals. One has to wonder what Toronto FC looks like without those confines. 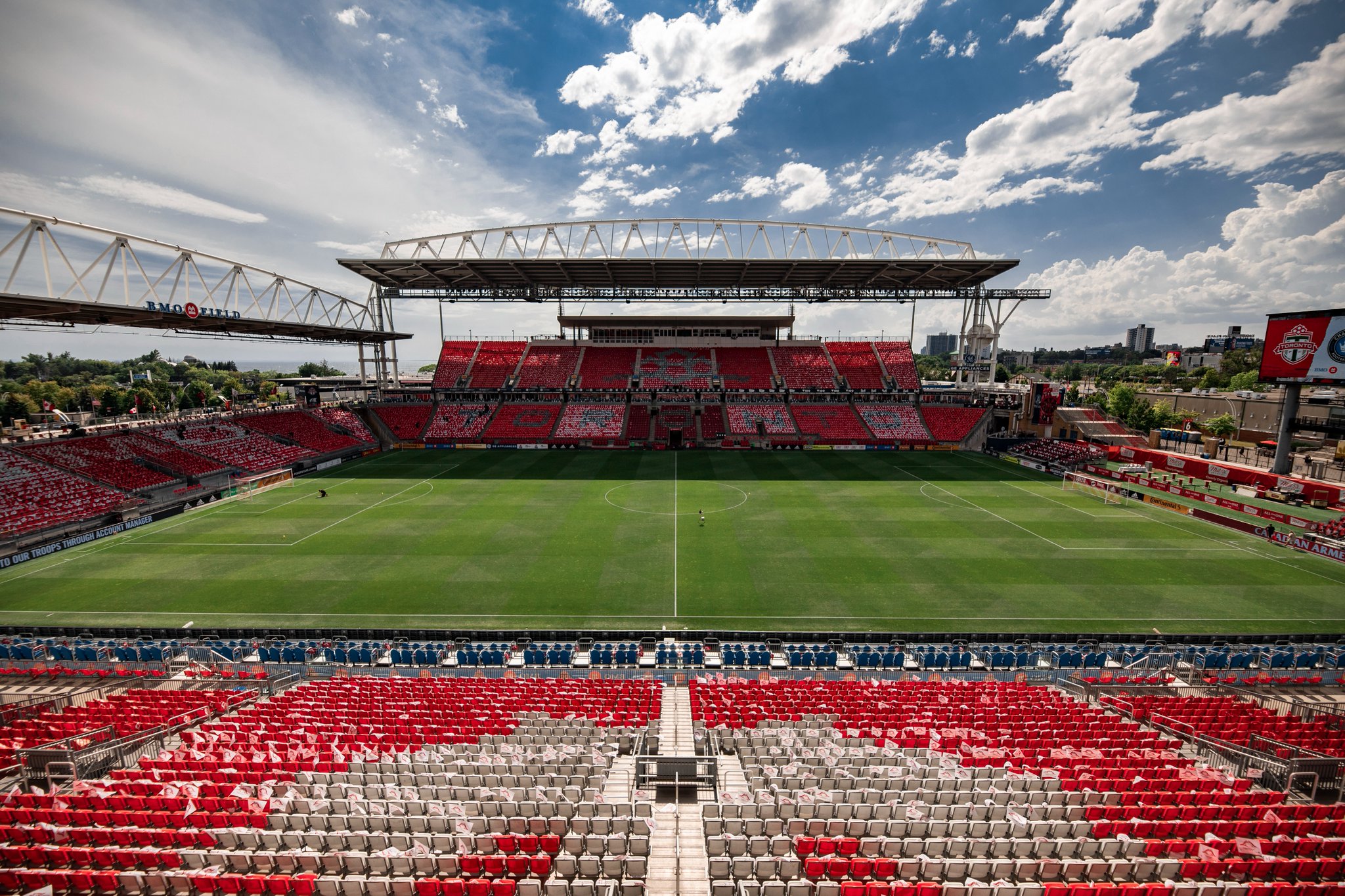 As MLS continues to grow, the conversation will inevitably one day shift to this topic; what does a post-salary cap MLS look like?

When clubs in big markets like Toronto or Los Angeles or Miami clearly demonstrate the ambition to spend big and acquire some of the world's top talents, how much longer can they be held back from reaching the height of their own ambitions?

The future of the beautiful game is global. One day soon perhaps, it will no longer be confined to a few top leagues in Europe.

Will Toronto's ambition rival those of Manchester City's? Of Paris Saint-Germain's and Bayern Munich's? Of Juventus'?

More importantly... why shouldn't it?

Perhaps we will one day come to see the signing of a player like Lorenzo Insigne not as an opportunity for fanfare, but as one of baseline expectation.

When that day comes, club soccer around the world will likely look very, very different. MLS will look different. Liga MX, the CPL... all of it.

For now, delight in the fun of adding a pair of top-class wingers to a league with defenders averaging 68 overall on FIFA.

Marvel again if and when trophies return to BMO Field once more.