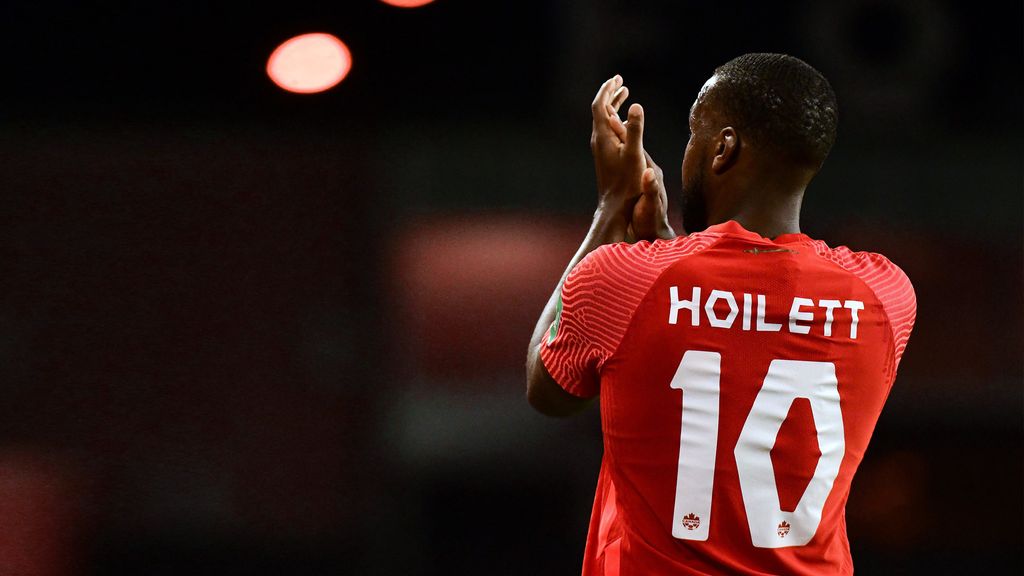 We are now officially one hundred days away from kicking off the 2022 FIFA World Cup, with the Canadian Men's National Team making their first appearance on the world's biggest stage since 1986 after a wildly successful Concacaf World Cup Qualifying campaign.

The most anticipated moment in Canadian soccer's recent history brings with it plenty of questions, so with the countdown set for 100 days, here are 10 questions that could be answered by year's end.

While Canada hasn't participated at a FIFA World Cup since 1986, Canadians haven't been left entirely out in the cold for the grand affair, either.

In fact, the streets and bars of Canada's most populous cities have been raucous in their support for the many soccer nations that do qualify, and has been steadily rising with each edition of the tournament as Canada's vast multicultural population grows the love and scope of the beautiful game with each passing year.

So, as Canadians prepare to don the shirts of teams like England or Italy or Colombia or Germany or Cameroon or Iran or France or Japan or Brazil among many others once again, will we see a sea of red embrace Les Rouges all the same, in one united voice? The FIFA World Cup brings with it a global party, and Canada's invite means Canadians young and old can experience the event in united cheer for the first time in more than a generation, as they have with the women's national team at the Olympics and in World Cups past.

The reason we are now 100 days away from the FIFA World Cup, and not currently nearing the end of the typical summer affair, is because the 2022 edition is taking place in Qatar, where the weather isn't quite so condusive to hosting athletics tournaments.

Dubbed the "Winter World Cup" as such, this year's tournament provides a unique challenge for some managers to overcome.

Namely, players who play in MLS, where the schedule runs from Spring until November, will be coming into the World Cup on the back of a full campaign, with all the wear-and-tear that it brings.

Meanwhile, players based in Europe, for instance, will be coming into Qatar with a full pre-season under their belt, as well as a few months of elite-level action. They'll be in tip-top form, as such.

Canada relies on a number of MLS-based players; will they be fit and ready for a World Cup in November to December? 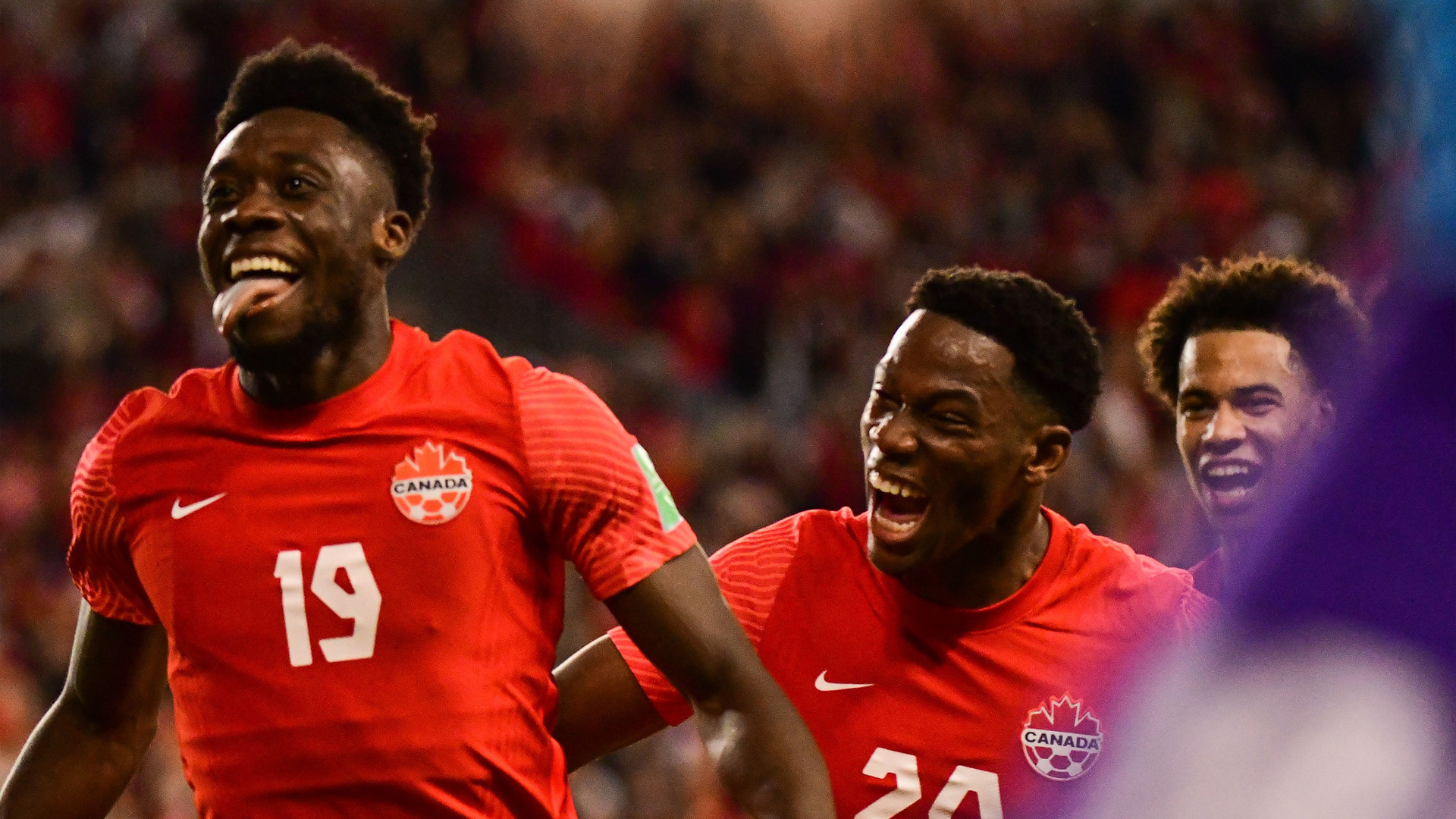 All eyes will be on Canada's two biggest stars, as Bayern Munich's Alphonso Davies and Lille OSC striker Jonathan David will likely command the bulk of global attention.

It's natural, of course; the two play for the highest-profile outfits, while the rest of Canada's squad might not be quite as well known.

With Alphonso's stock ever-rising, and David looking to potentially make the jump to a bigger club, can the two impress the world, as they did in Concacaf?

This leads us to our next question...

7. Will a Canadian experience the 'World Cup bump' in January?

... who else might shine bright for Canada at the World Cup?

There's a unique phenomenon that occurs with this tournament, as relatively-unknown players break out, capture hearts and minds, and earn big-money moves on the back of impressive World Cup showings.

If players like Sam Adekugbe, Tajon Buchanan, Lucas Cavallini or Jonathan Osorio turn heads, they could be in for a 'World Cup bump' in January.

6. Back three or back four for John Herdman's lineup?

One of the biggest unanswered tactical questions for manager John Herdman surrounds which of his two preferred set-ups we might see in Qatar.

The answer is, of course, situational. Playing against Belgium, Croatia and Morocco in the group stage each present their own unique challenges.

But if Herdman has figured out how he wants to line up, we might finally get an answer to "Where does Alphonso Davies play for Canada?" when the team faces world-class right wingers this time around. 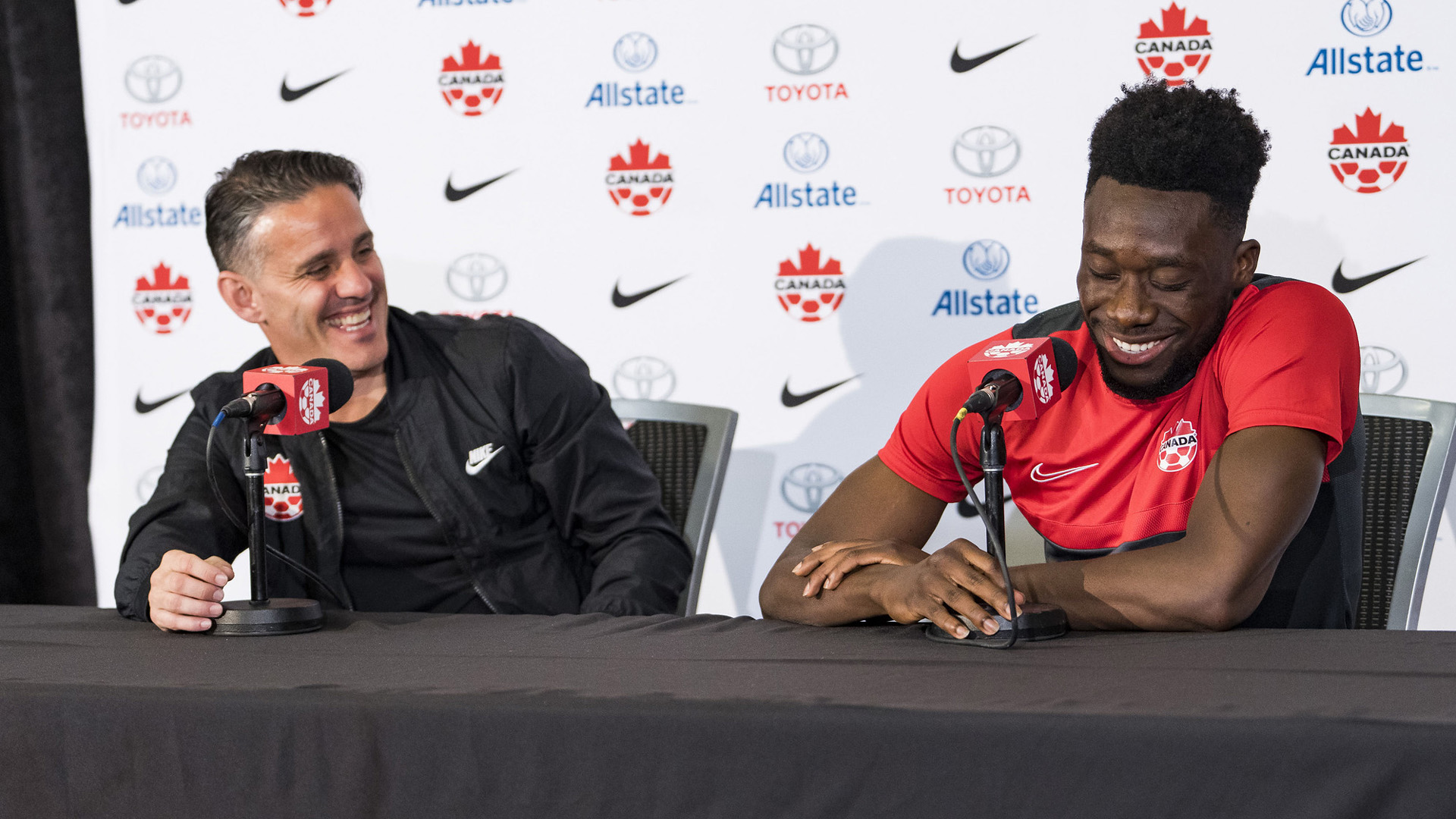 This isn't Herdman's first go at a World Cup.

The former CanWNT manager will be taking this men's team to the tournament for the first time, but has experienced a number of international competitions with the women's team over his tenure.

He'll have learned plenty of lessons in player management, handling a tournament setting and the media pressure it brings, and more along the way, so we'll see if the CanMNT brotherhood can capture that same sense of camaraderie that propelled the women's team to new heights under his tutelage. (Plus, perhaps an emphasis on penalties, just in case!)

Speaking of Herdman, one of the more intriguing questions regarding Canada's tactician is where his own future lies after 2022.

Herdman was linked with a couple of English Championship teams following his impressive World Cup Qualifying run, and a strong Canadian showing at Qatar 2022 would see his own stock further rise.

Plus, with fabled manager Carlo Ancelotti throwing his own hat in the ring, might this be Herdman's final bow for Canada?

3. Who will make up the final CanMNT World Cup squad?

This is the biggest question that Canadian supporters will be debating as we get closer to the day.

World Cup rosters have been expanded to 26 players, which means that there are plenty of spots up for grabs – and plenty of debate surrounding each of them.

It's safe to say there's a core group of about 21 players that will go to Qatar, if healthy.

Those final five spots, however, might not be so straightforward.

2. What will the ripple effects be from Canada's showing? 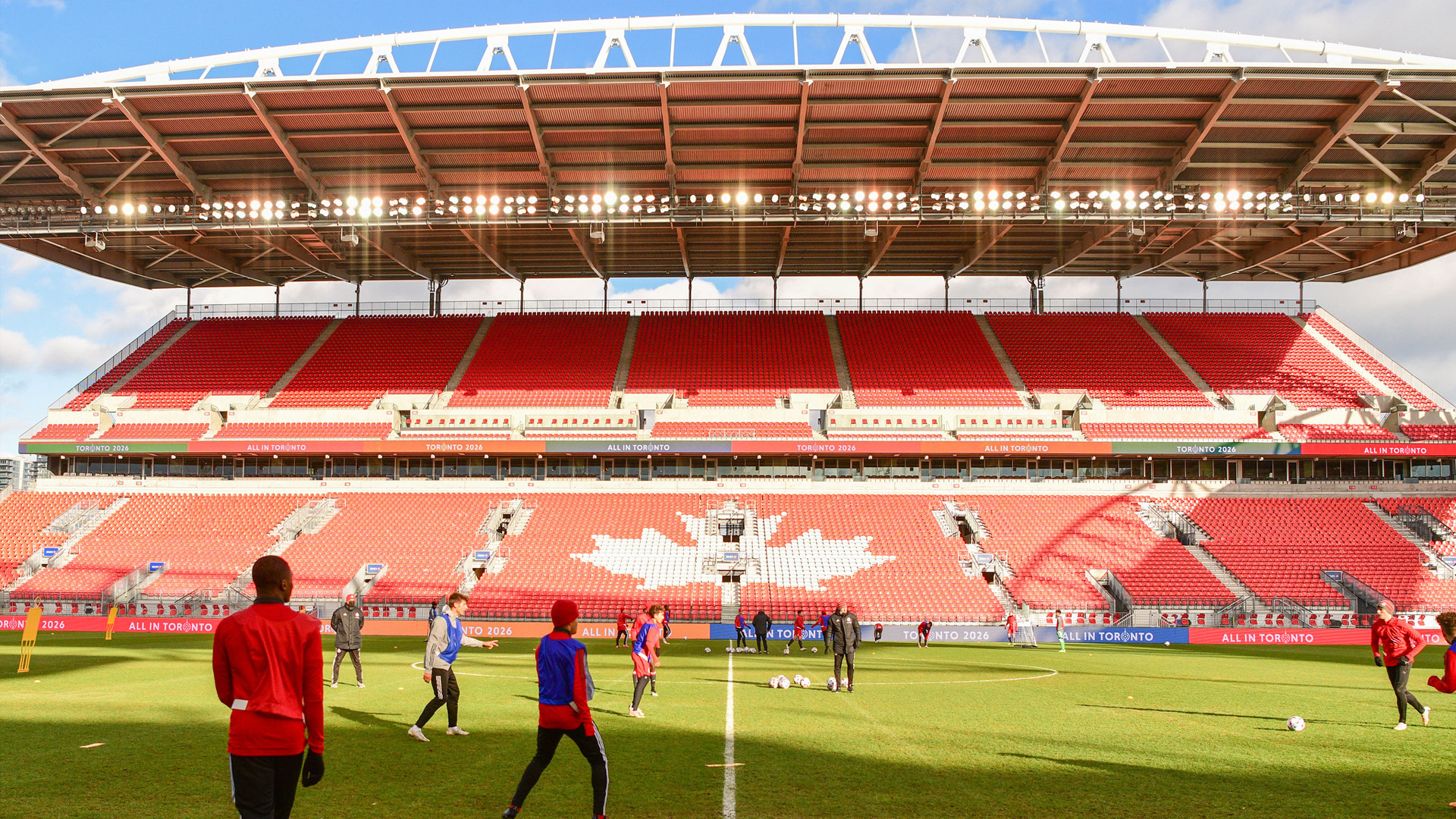 There's more than just a trophy on the line for Canada at Qatar 2022.

This World Cup berth is the culmination of a decade of planning and growing, as Canada's soccer economy takes full shape in the semi-pro, professional, and international levels.

With an eye toward co-hosting the next World Cup in 2026, the next four years could see accelerated growth in the sport. A lot of people are counting on it, to be sure.

Might we look back at 2022 and mark it as a major turning point for the sport in Canada, many years down the line?

1. Can Canada advance from the World Cup group stage?

Finally, the question every onlooker will be debating: Can Canada actually win this thing?

If you're Herdman and the players, you'll go into the World Cup believing just that. It's a tournament of seven games, so a World Cup might seem "easy" to win on paper ... but it's even easier to lose.

The more realistic expectation surrounds Canada's ability to advance out of Group F.

That will require wins over teams like Belgium, Croatia, and Morocco – no small task.

While Morocco seems like a winnable match-up, they're not exactly pushovers, either. Croatia were finalists in 2018, but skew older now. Belgium remains a powerhouse, but blunted too, as Eden Hazard, Romelu Lukaku, and Dries Mertens don't carry the same threat as they did even two years ago.

So, the opportunity is there. It'll take a good mix of work and heart and sheer luck, but Canada aren't out of it.

Anything after the group stage is up to fate, so enjoy the ride – we've got 100 days to go!