PLAYOFF RACE: What each CPL club must do to secure post-season berth

The race towards the Canadian Premier League playoffs is coming down to the wire.

Despite there being just three weekends of action left in the campaign, and each team having no more than four games left to play, the race towards the top four is as tight as ever, with five points still separating first and fifth as of writing. Coming off of a matchday where two top-five clashes suggested that movement would come, somehow all seven teams still in the race gained points, maintaining this stalemate at the top of the table.

As a result, seven teams still remain in the race for a playoff spot, with no one having guaranteed their spot quite yet, although that can change this upcoming matchday. There, three teams have a chance at becoming the first teams to clinch a playoff spot, with Atlético Ottawa, Forge and Cavalry all having the opportunity to do so, potentially opening up the race a bit in the process.

At the same time, given how tight things have been in recent weeks, it also wouldn’t be that surprising to see the race stay close for yet another week, however, continuing this tight battle towards the ‘North Star Shield’.

Therefore, heading into this big weekend of action, here’s a look at what each team still in the race needs to do over their last three to four games in order to clinch a spot in the playoffs next month, allowing them to keep their title hopes alive.

(As a reminder, here's a look at the tiebreakers in the standings).

For Ottawa, their path towards making the playoffs for their first time is about as simple as ever right now - beat Cavalry this weekend, and they’re in. Given that a result over Cavalry would get them to 45 points, a total that no more than three other teams would be able to hit, that would be enough to send them to the big dance, making this road game in Cavalry a big one for them.

Should they fail to do that, however, things still look pretty good for them, as they play the Halifax Wanderers away and York United at home in their last two games. Given that Pacific plays Forge, Cavalry plays Valour and Pacific plays Cavalry over the last few weeks, that combination of potential results means that Ottawa should be comfortably over the line with just a win in their last three, and might get in even with some draws, too.

Much like Ottawa, Cavalry’s path towards the playoffs is pretty clear at the moment - they win over Ottawa, and Valour either loses or draws their next game, and they’re in.

And if not, things still look good for Cavalry, who have both the best and worst schedule to close out their season - three games against teams in the top five, all at home.

Because of that, should they fail to win this weekend, a win against either Valour or Pacific should be enough, given that those would be six-point games.

At the same time, there is also a dangerous downside to that - they lose all three of these games, and there’s a strong chance they miss out (although a couple of draws should see them over the line given the nature of those six-pointers).

Meanwhile, much like the first two teams, Forge also has a clear path towards the playoffs this weekend - they win against Edmonton, and Valour loses to York, and they’re in.

And even if that doesn’t happen, given that Forge holds a game in hand over everyone except Pacific, that does give them an edge in their last three games after that, all of which are at home.

Therefore, for Forge, one win should be more than enough, two would pretty much guarantee it, especially should they win against Pacific, specifically.

Remaining matches: York (A), Cavalry (A), Edmonton (A)

Yet, while the top three are pretty much all likely to get in barring major collapses, after that, things start to get interesting with Valour, who for now holds the last spot in this race.

Now, however, they get set for a three-game road trip, one that includes a crucial game against Cavalry, in which they could very well decide their playoff fate.

For them, two out of three wins should be enough (especially if one of those comes against Cavalry), while winning all three should pretty guarantee it, but that’ll be a tall ask for Valour, who have picked up the fewest road points of any team in the top five.

As a result, this is going to be a tough stretch for Valour, who will need to find some road magic here, because if not, their late summer push could end up being all for naught.

Yet, much like Valour, Pacific finds themselves in a similar boat, as they sit tied with the Winnipeg-based side, although they do hold a game in hand over them and everyone else except Forge.

And much like Valour, a tough schedule awaits Pacific, as three of their last four games are on the road, including their final two matches, where they visit Forge and Cavalry away. Given that their road record is only marginally better than Valour’s, that’s going to be a tough task for the defending champions to overcome, too.

At the same time, given that they have that extra game, and a home game against Edmonton, that could be crucial, they still have the edge in this race, for now, as they’re more likely to be able to conjure up the two wins that should be enough to see them over the line, although it’ll be close. 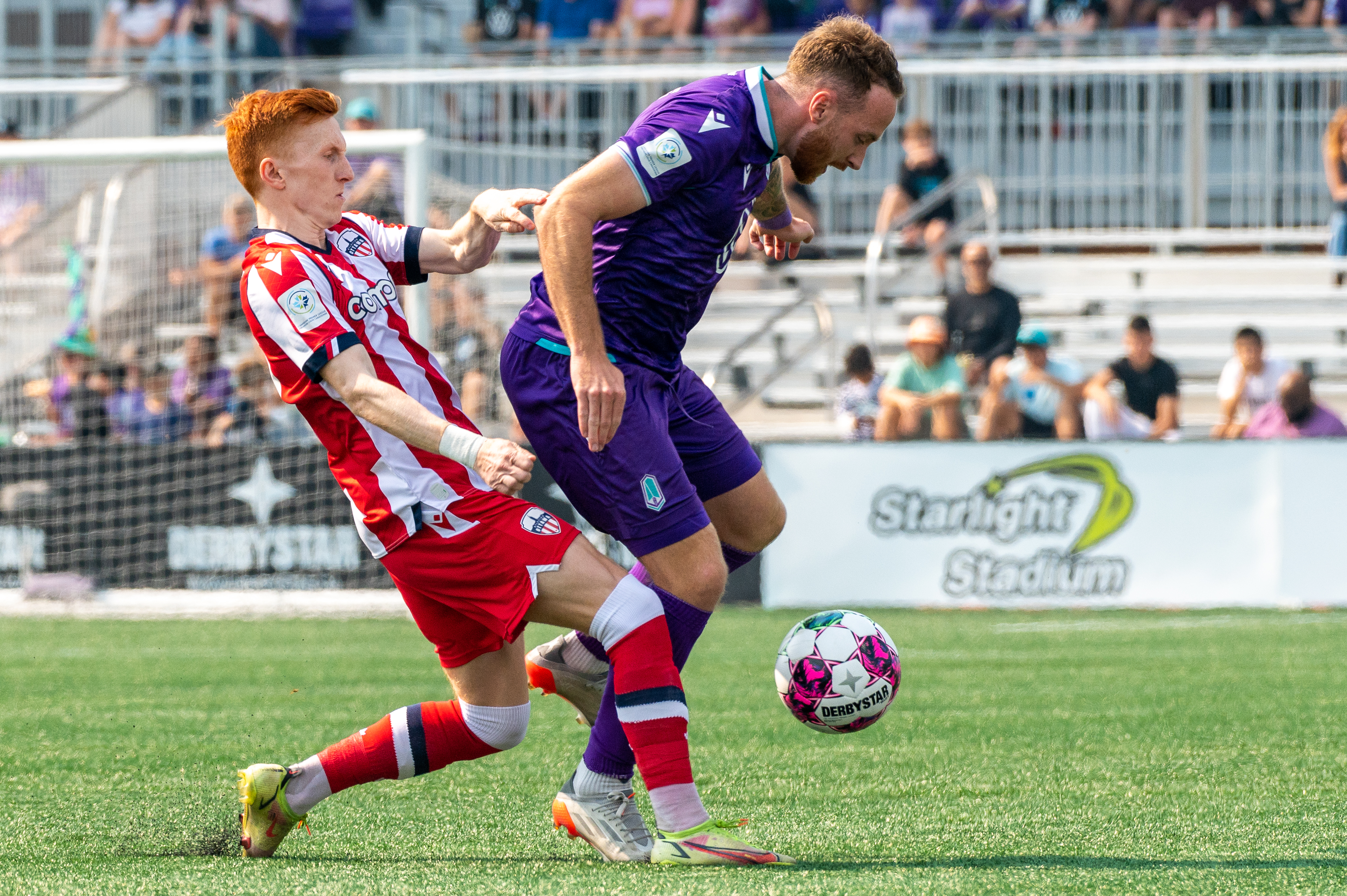 After that, though, while most of those teams control their playoff destiny, the same cannot be said for York, who are on the brink of elimination after a 1-1 draw with Halifax last week. As a result, they could be out as soon as this weekend should they lose or draw, or if Pacific wins in any form.

Therefore, it’s going to take a miracle from them, as even winning all three of their games, which all come against top five teams, would only take them to 39 points, a mark that three teams have already cleared, and one that Valour and Pacific can clear if either of them gets a win in their last few games.

But if York’s hopes are on life support, the Wanderers' hopes are basically medically dead, as they will be eliminated this weekend should they lose or draw, or if Valour wins their match.

Plus, even if they max out their last three games, that would only take them to 38 points, a mark that Valour and Pacific could clear with two draws or a win, making it all but impossible for Halifax to make it in, unless they do that, Pacific and Valour lose out, and York drops a game in there somewhere, which would be quite the combination of results.

When looking at these outcomes, it appears that the early favourites, in this order, are Ottawa, Cavalry, Forge and then Pacific, with Valour just narrowly in fifth.

At the same time, any team that can get to between 43 and 45 points should get over the line, making it hard to leave Valour out of the race completely, especially given their recent form.

Either way, one thing is for sure - the race towards the playoffs and the newly-minted CPL regular season title is more exciting than ever, and that should continue this weekend, making it something to keep an eye on over the next few weeks.