All of a sudden, we’re just over two weeks out from the latest CanMNT camp.

As their sprint towards the 2022 World Cup continues, Canada will convene in Austria in just over 10 days' time, where they’ll take on Qatar and Uruguay in a pair of friendlies on September 23rd and 27th in Vienna.

There, they’ll get their final opportunity to work with their group before heading to Qatar later this year, making this the last chance to adjust any tactical wrinkles, test some partnerships and audition some new faces before eventually whittling things down to the 26-player squad John Herdman must name ahead of the start of the World Cup.

And in that quest, Herdman will have no shortage of headaches, as the strong form of several players has made selecting just 26 players to bring to Qatar a tricky concept. With an ever-expanding pool of players, the competition for places seems to increase each week, just further highlighting how far Canada’s player pool has come over the last few years.

Because of that, with this camp now just two weeks away, and the World Cup now just three months away, here’s a look at how the competition for those 26 spots is currently shaping up, accompanied by an early projection of what that final squad might look like, giving an idea of how things stand for Canada at the moment.

To begin, there’s the most straightforward position for Canada - in goal. With Milan Borjan continuing to hold down the fort for Red Star Belgrade, he’ll be expected to play every minute for Canada in Qatar, more than fair given that his play in qualifiers helped Canada make it this far.

Otherwise, both Maxime Crépeau and Dayne St.Clair have proven this year that when the 34-year-old Borjan starts to slow down, however, they’ll be ready to step up, which should make for a fun battle post-World Cup.

Therefore, barring any major setbacks or injuries, this should be the trio that’s in Qatar, although between James Pantemis, Jayson Leutwiler, Thomas Hasal and Marco Carducci, Canada should have no shortage of replacements to slot in at the #3 position should something happen to their current three. 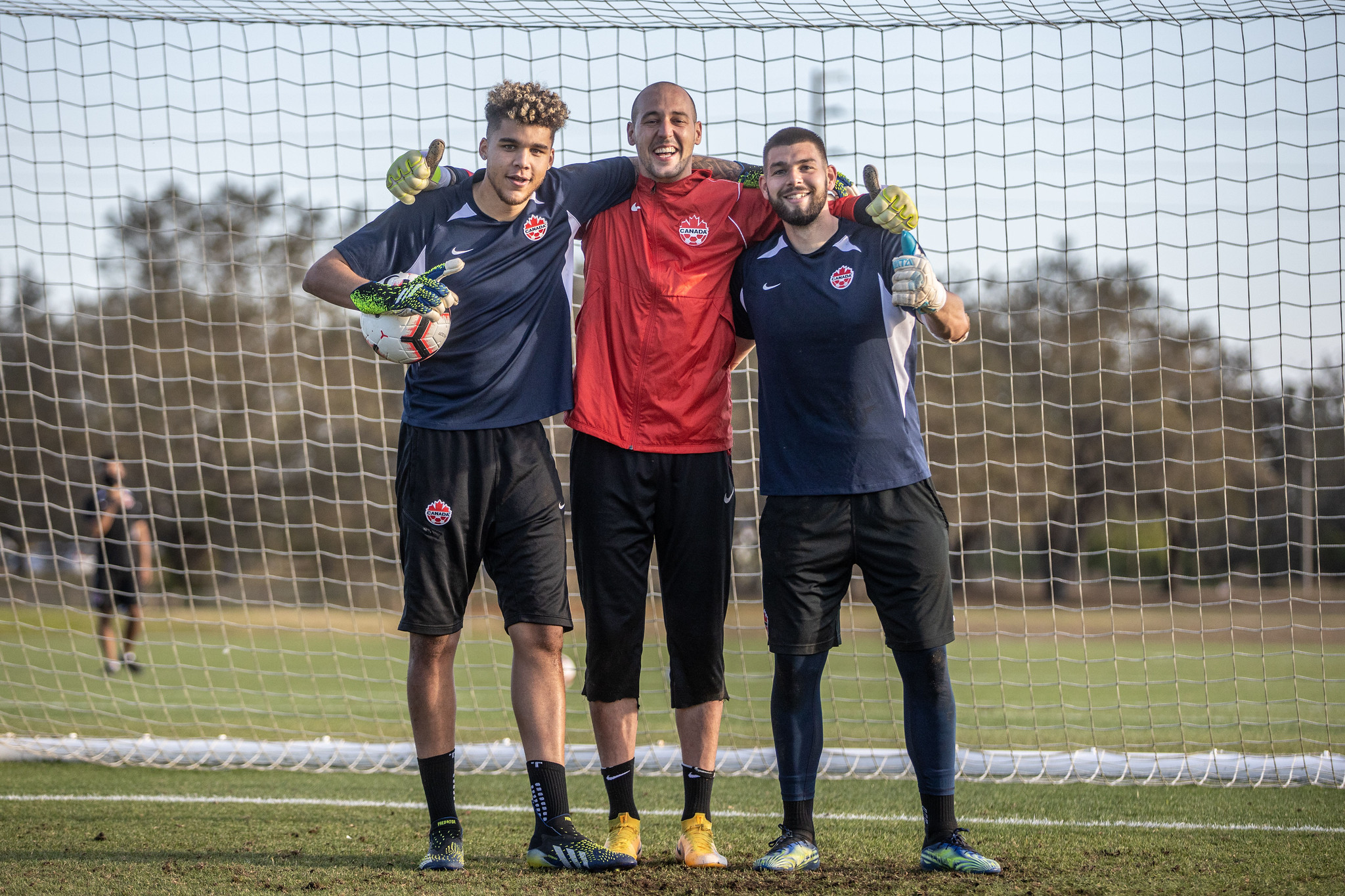 Where things start to get fun, however, is at centre back.

There, a few locks are there, such as Steven Vitoria, who has been excellent to start this year in Portugal with Chaves, while Kamal Miller has been a rock (and an all-star) with high-flying CF Montréal. As a result, the pair is likely expected to start Canada’s first World Cup game, no matter if Canada goes with a back four or a back three, building off of the chemistry they showed in qualifiers.

After that, though, things get interesting.

Throughout qualifiers, the next two options would’ve been Scott Kennedy and Doneil Henry, who have struggled for minutes as of late. To be fair, Kennedy has recently gotten back on track in the German second tier, but Henry remains in a dogfight for any minutes in MLS with Toronto FC, opening up discussions at this position.

Especially with the emergence of Joel Waterman, who has been one of the top Canadian performers in MLS period, let alone at centre back, along with the continued consistent play of Derek Cornelius in Greece, Henry’s once-solid position could be at risk, no matter how valuable Canada might view his leadership.

Because of that, Herdman has some big questions to ask here. Vitoria, Miller and Kennedy look to be locks, but from there, Herdman has to A) decide if he wants to bring four or five centre backs, and B) how the battle shakes up between Henry, Waterman and Cornelius.

Therefore, keep an eye on this position in camp, as it could very well come down to the wire based on how things have been trending as of late. 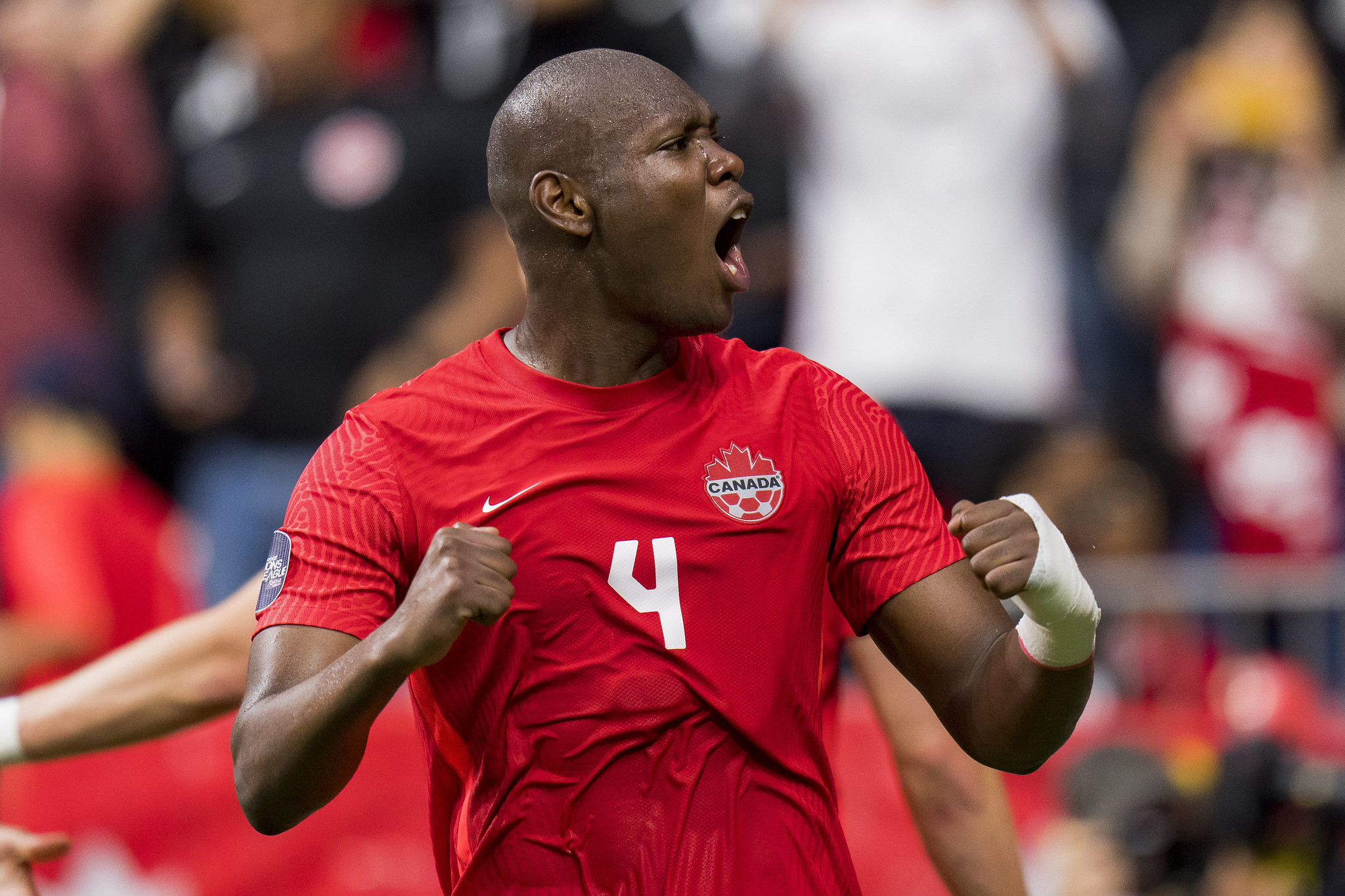 Continuing on, much like in goal, there’s a lot more certainty for Canada at the full back position.

Given their strong play over qualifiers, Sam Adekugbe, Alistair Johnston and Richie Laryea will all be on the plane to Qatar, and will be all expected to play big roles there for Canada.

Otherwise, Raheem Edwards remains an outside shout at left back.

Currently in the midst of a strong campaign with the LA Galaxy, he could provide cover for Canada at left back should they decide to move Alphonso Davies up the pitch for the World Cup, something that looks to be a real possibility based on Canada’s most recent camp, giving Edwards a shot at being included. 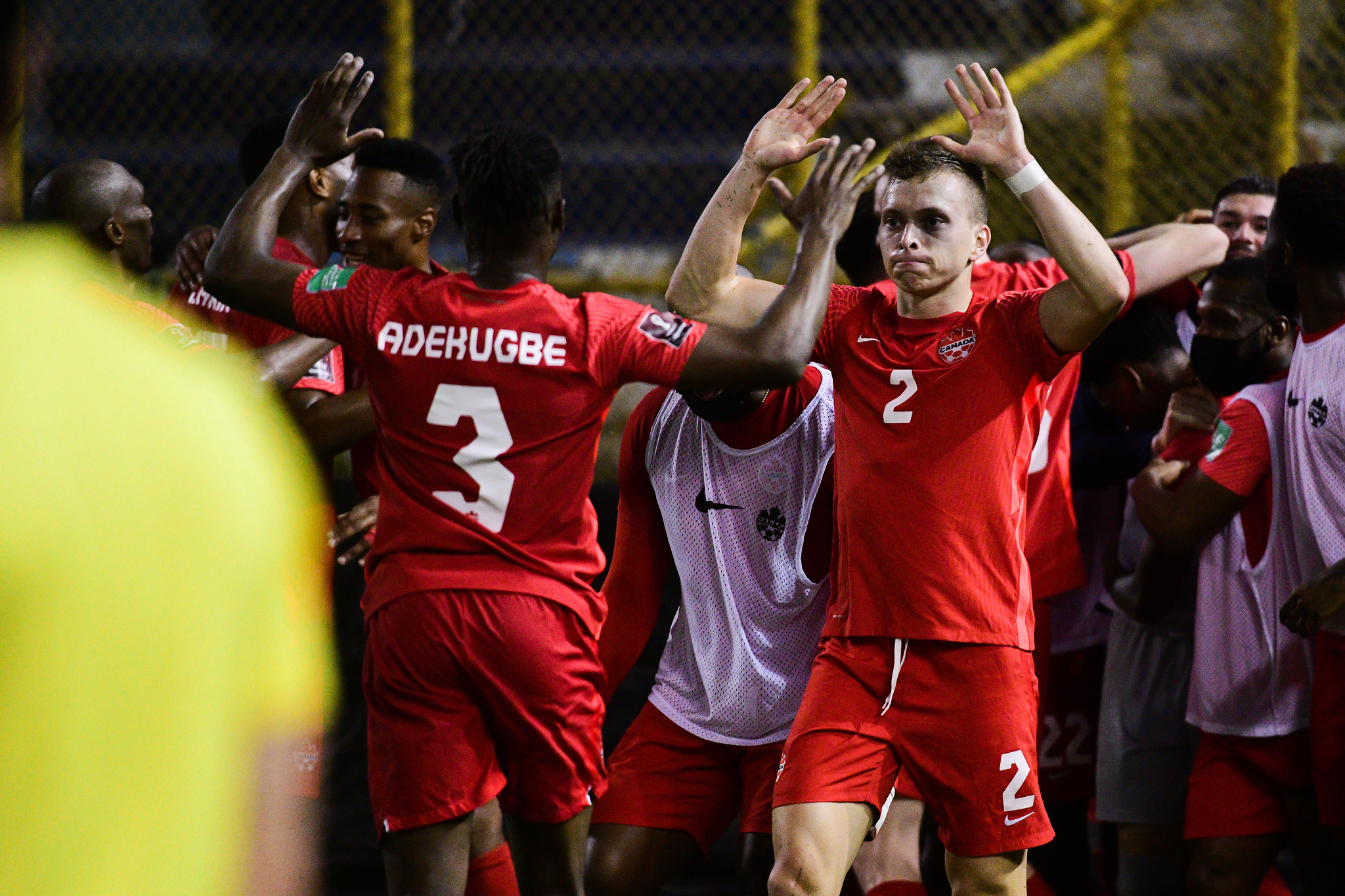 Over in the middle of the park, things are similarly settled for Canada. Led by their longtime veteran, Atiba Hutchinson, who will likely pick up his 100th cap in Canada’s opening matchup versus Belgium, and followed by Stephen Eustaquio, Mark-Anthony Kaye, Jonathan Osorio and Samuel Piette, Canada’s core group is very much defined.

Where things get interesting is beyond that, however. With Hutchinson, Kaye and Osorio all having dealt with injuries and other knocks as of late, Canada will likely bring in an extra midfielder or two as cover, opening the door to David Wotherspoon, Ismaël Koné and Liam Fraser to also slot in.

And there, Herdman has three solid options to choose from.

Wotherspoon is a unique attacking profile who can also play out wide, and was likely a Qatar lock before a brutal knee injury at the beginning of the year, one he is just coming back from, while Koné has barged into the discussion this year with a strong rookie season for Montréal, where he’s played a big role as a box-to-box #8. Meanwhile, Fraser has continued to grow as a midfielder in his first European stint, and has always stepped up for Canada when called upon.

Because of that, Herdman’s choice will likely come down to what profile he needs, as well as if he wants experience (Wotherspoon) or youth (Koné, Fraser), which should make for a fun battle. 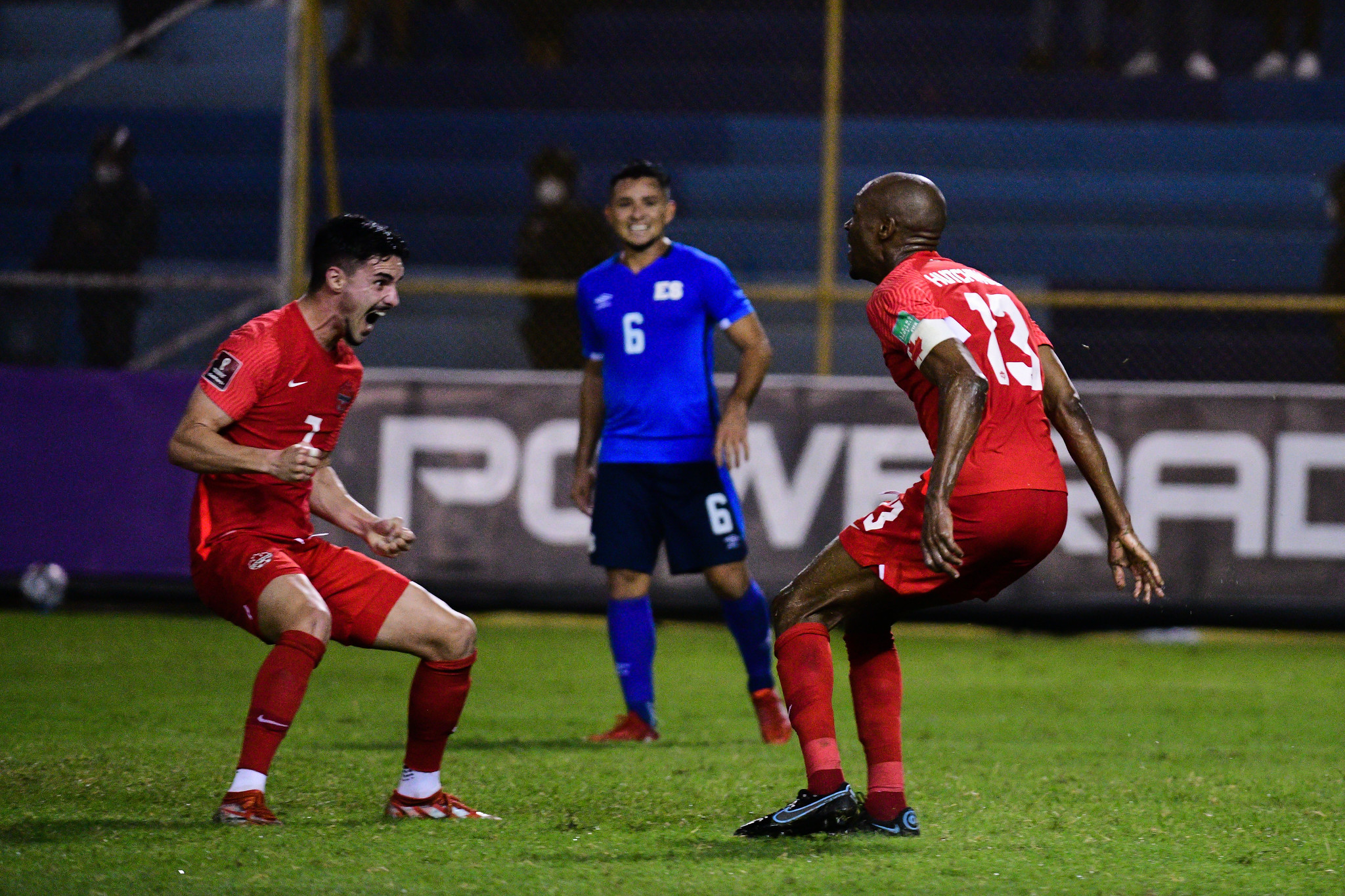 At wing, Canada is stacked, although the last few positions are less than settled, which should make for a fun race for spots over the next little while.

Starting with Alphonso Davies, who will likely be unleashed as an attacker for Canada in Qatar, and followed by Tajon Buchanan and Junior Hoilett, who were two of Canada’s most consistent players in qualifiers, the core group is very solid.

After that, however, competition is intriguing. Liam Millar leads the way of that bunch, having arguably been one of Canada’s most consistent attackers at the club level since fall of 2021, but the recent hot streak of Theo Corbeanu in the Championship has opened up the discussion there.

Otherwise, Luca Koleosho remains uncommitted between Canada, the US and Italy, but is currently getting La Liga minutes, something that could push Canada to pursue him heavily ahead of Qatar. In a similar boat, Stefan Mitrovic has gotten off to a good start with Red Star Belgrade, where he’s teammates with Borjan, so while he remains uncommitted to Canada or Serbia, he could also earn a call.

As a result, the battle for the one or two spots that will be available after Davies, Buchanan and Hoilett should be fun, as Millar, Corbeanu, Koleosho and Mitrovic all have strong shouts to be included. 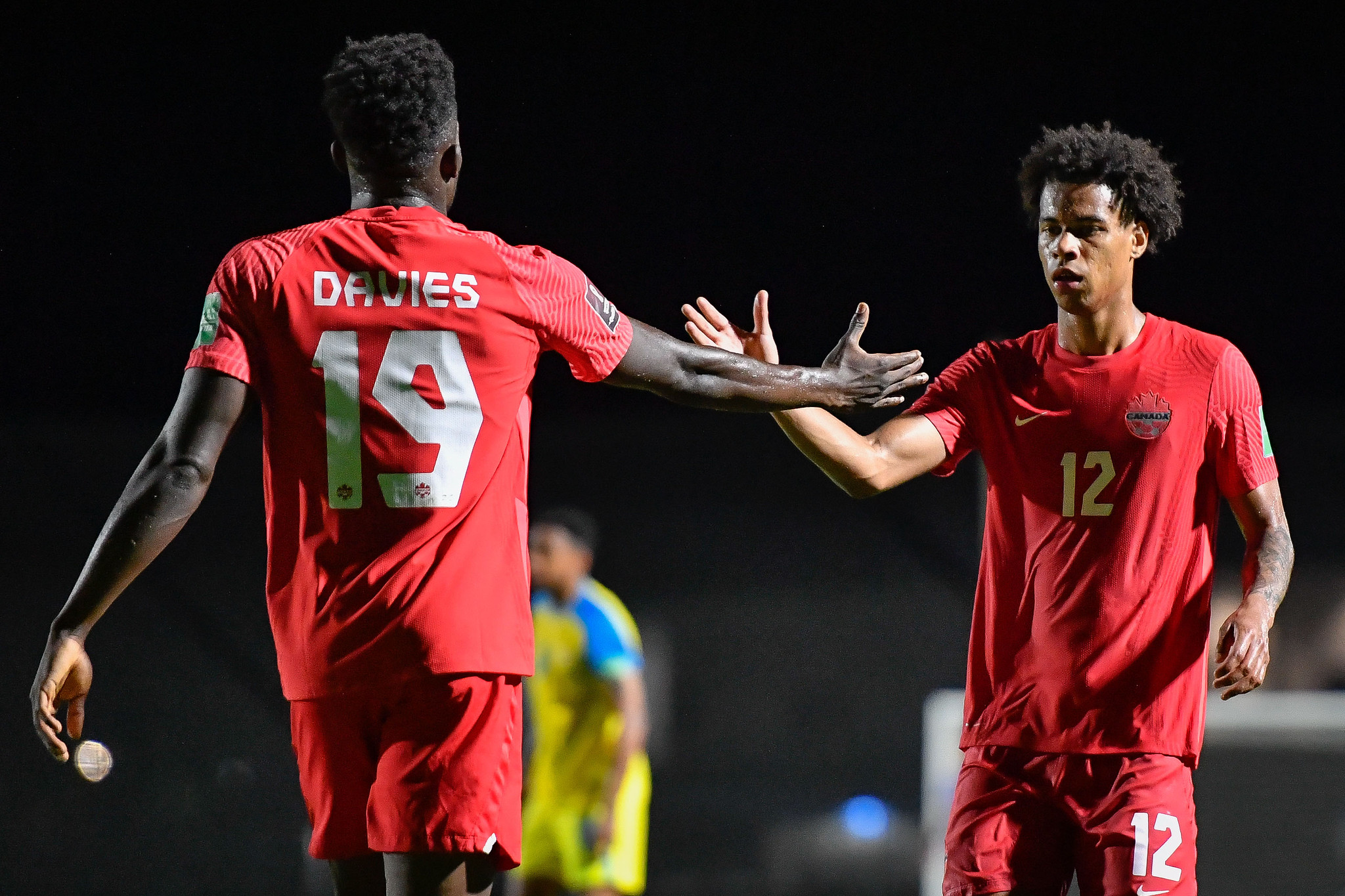 Lastly, but most certainly not least, there are the forwards, where Canada is also relatively settled.

Led by Jonathan David, and supported by Iké Ugbo and Cyle Larin, who will likely battle for a starting spot alongside David (Larin has the edge given he led the CONCACAF WCQ golden boot race, although Ugbo has outshined him at the club level as of late), those three are locks for Qatar.

Otherwise, Lucas Cavallini should also be a lock, given that he’s been a very loyal piece under Herdman, usually performing well for Canada, and has been one of the more proficient Canadian attackers out there at the moment with the eight MLS goals he has this season with the Vancouver Whitecaps.

However, his disciplinary record being less than stellar in Vancouver has led to questions surrounding his potential inclusion in Canada’s World Cup squad. So should that mean he is to miss out on Qatar, either look for Charles-Andreas Brym or one of those who misses out in either the Wotherspoon-Koné-Fraser or Millar-Corbeanu-Koleosho battles to step up, in that case. 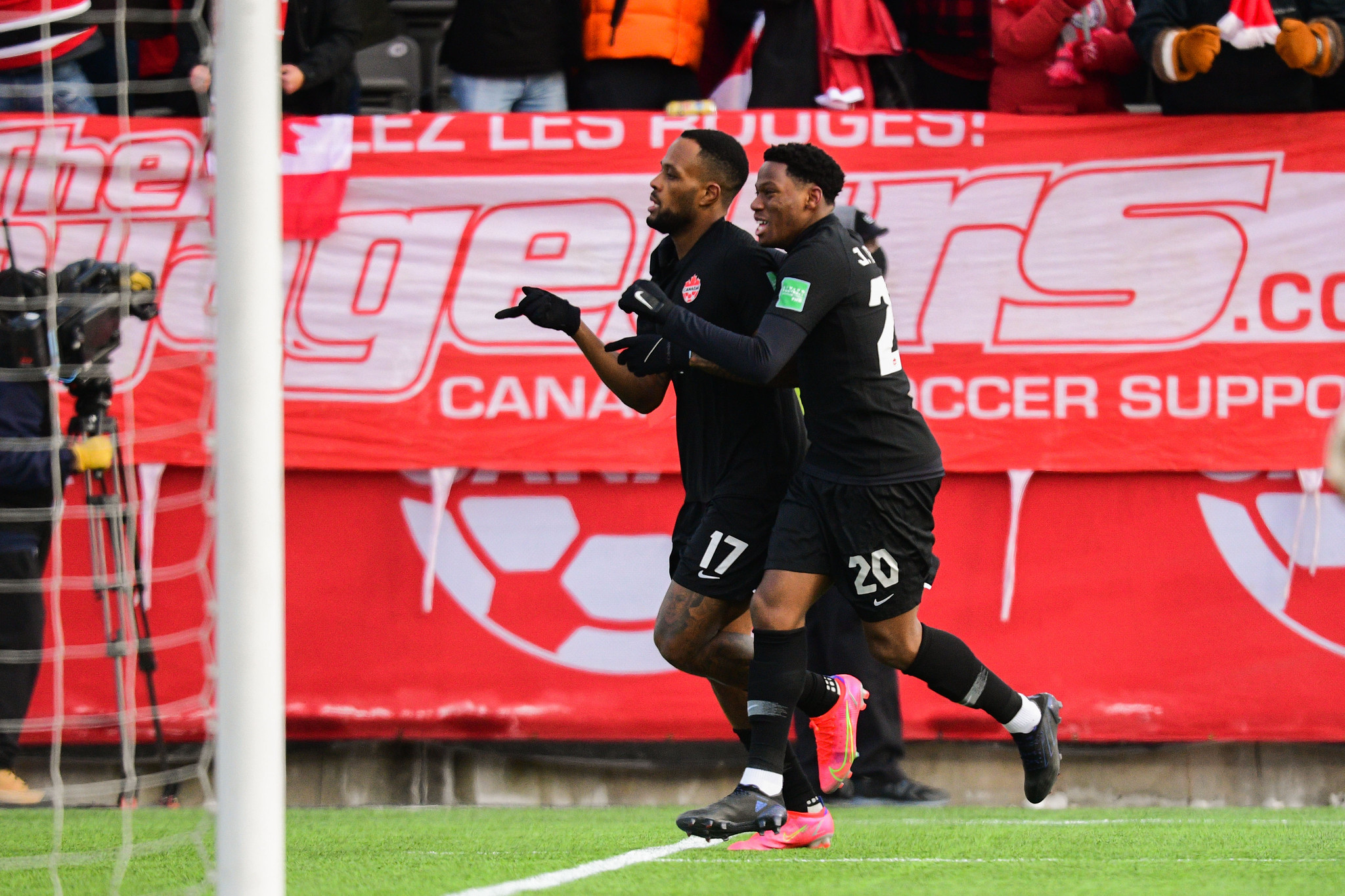 So there we have it - the likely 33 or so names that are still in the running for Qatar.

Of course, there could still be more, as some surprise names could make a late push, but at the same time, given that Herdman has preferred stability over the last year, it’s hard to imagine anyone doing enough to make the World Cup squad without being an option for the September window, which the above names all are.

From there, Herdman will have his work cut out for him in selecting his 26, which as seen above, should be a fun exercise.

Speaking of which, here’s an early crack at what that could look like, an exercise that could either age wonderfully or poorly given how competitive things are, but gives an idea of how things look for the moment. 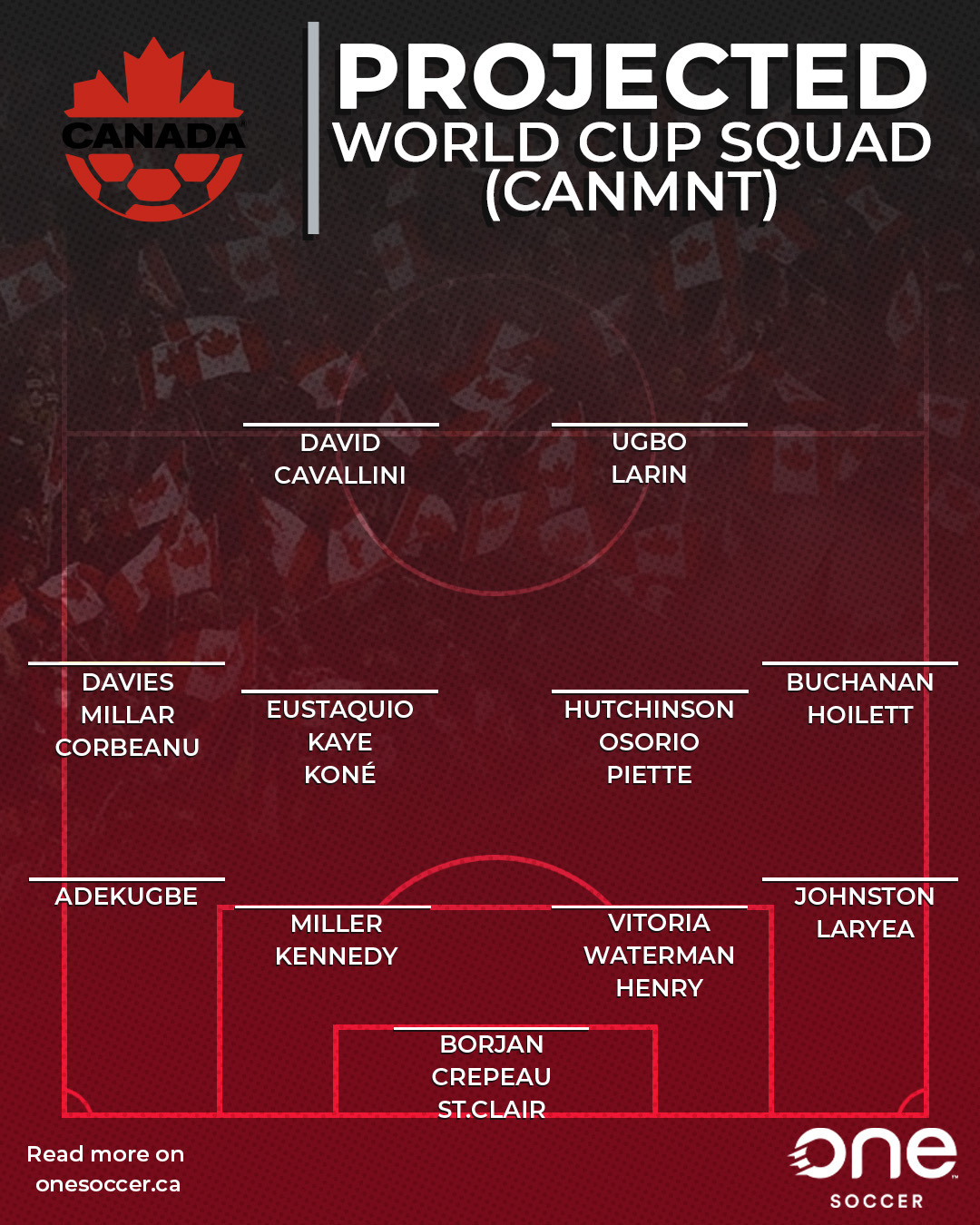 Yet, that shows how fun the race for spots should be over the next few weeks and months, continuing with this September camp in a few weeks, as the sprint towards Qatar continues in earnest.