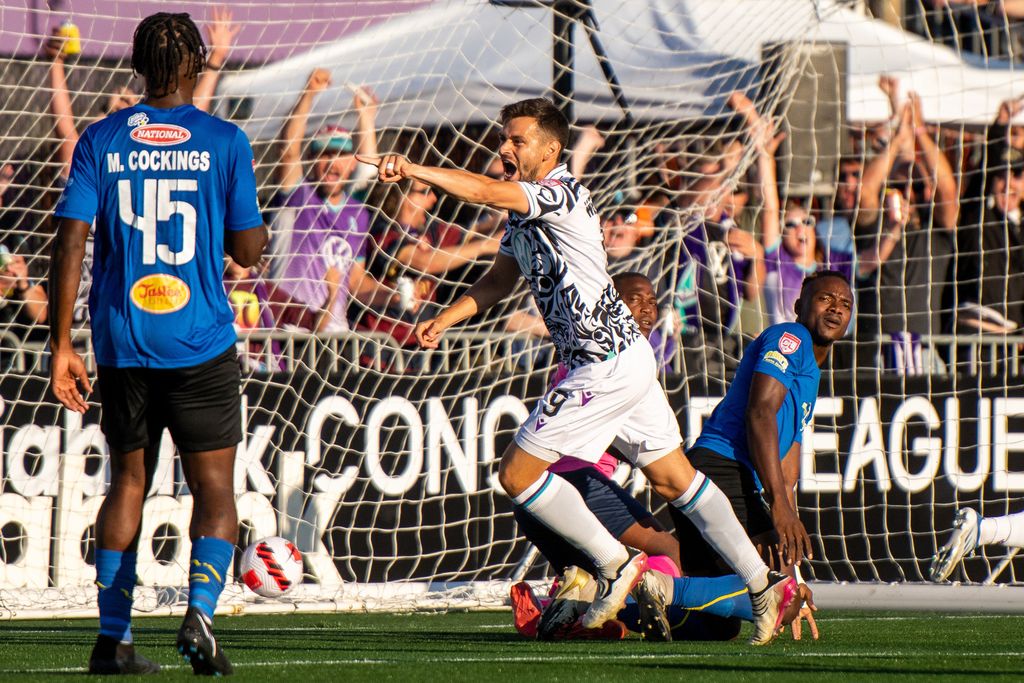 VANCOUVER – It was another grandstand moment for Pacific FC on Tuesday, as they continued their maiden journey in the 2022 CONCACAF League.

Facing off against Jamaica's Waterhouse FC in the preliminary round of the 2022 tournament, the Tridents were eager to impress, as the 2021 Canadian Premier League champions continued to chase their goal of lifting another trophy and becoming the second CPL team to qualify for the CONCACAF Champions League after Forge FC.

While they still have a long way to go towards reaching those goals, Pacific did get off to a great start this week, as they swept past Waterhouse 6-0 on aggregate in their tie, progressing to the next round thanks to a 6-0 rout at Pacific's Starlight Stadium on Tuesday.

HIGHLIGHTS 🎥@PacificFCCPL put on a clinic to defeat Waterhouse FC 6-0 in #SCL22 action, with Wero Diaz scoring a hat-trick to send the #CanPL team to the Round of 16

In front of a crowd of around 4500 fans, one of the best attended games in club history, they took care of business in efficient fashion, allowing them to qualify for the Round of 16 in style.

"This is what we work for, this what we train for, and this is the benefit of winning the league last year," Pacific goalkeeper Callum Irving told OneSoccer afterwards. "It's great because we shared it with our fans, we had 4,500 people here, it's an amazing crowd and amazing summer night, everybody was happy to be here, and we were happy to put on a show, so it's a coming together of everything and a really beautiful night."

Arguably their loudest crowd since the Vancouver Whitecaps came to town in August of 2021 for Pacific’s now-famed Canadian Championship upset, it was already a memorable night for many reasons, and they found a way to add the cherry on top of that with a clinical performance.

"It's an incredible night for the fans, for the crowd," Pacific manager James Merriman said afterwards. "We haven't been able to have a match like this since the Vancouver Whitecaps match, and it's infectious, we're helping grow the game, we're still growing our fan base and our recognition as a club, and the players know that, so it was a really important night and a really important performance for us, one that was big for our fans, our city and for us going forward." 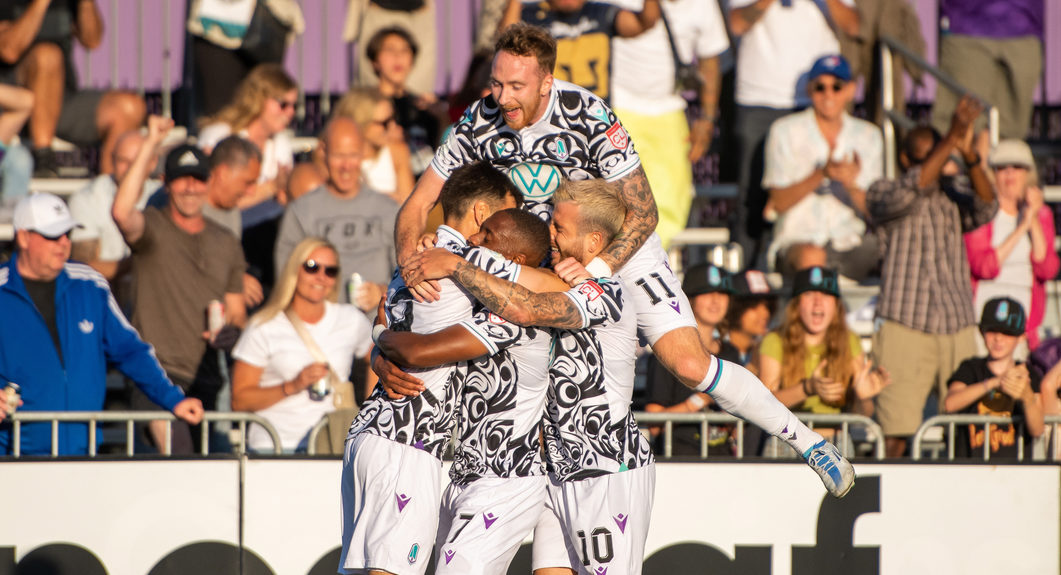 Yet, in typical Pacific fashion, that's just what they tend to do in these sorts of games now. They first showed it in that Whitecaps upset, before they then went out and won the CPL title, and have seemed to play at their best this year when the pressure is on.

Knowing the talent that they've got in their squad, sitting tied for first in the CPL as of writing, they almost have an innate confidence that they can take care of business on any given night, no matter what's at stake.

Instead of shrinking in front of the occasion, they seem to rise for it, something that their players didn't shy away from admitting when speaking about it afterwards.

"It's just what you grow up doing, right?," Irving said. "You always want to be in those big moments where there's pressure, where there's intensity, it focuses the mind. And we put in a lot of work on the training field as well, we know that moments like these don't come easy, so when they're in front of us, we want to take advantage of them."

"We were super excited," added Pacific's hat-trick hero Alejandro Diaz. "It's the first time we played in an international tournament and it's a big achievement for the club, so we have to be proud of that, and continue to build on it."

Of course, they might not always win on these big occasions, as a disappointing shootout loss in the quarter-finals to York United in the Canadian Championship is a reminder of, but even as they proved in that game, they'll at least show up even when that happens, doing their best to try and stamp out a result.

Always eager to relish the bigger occasions, they live for nights like Tuesday, one where they got to give their fans a first taste of continental competition. 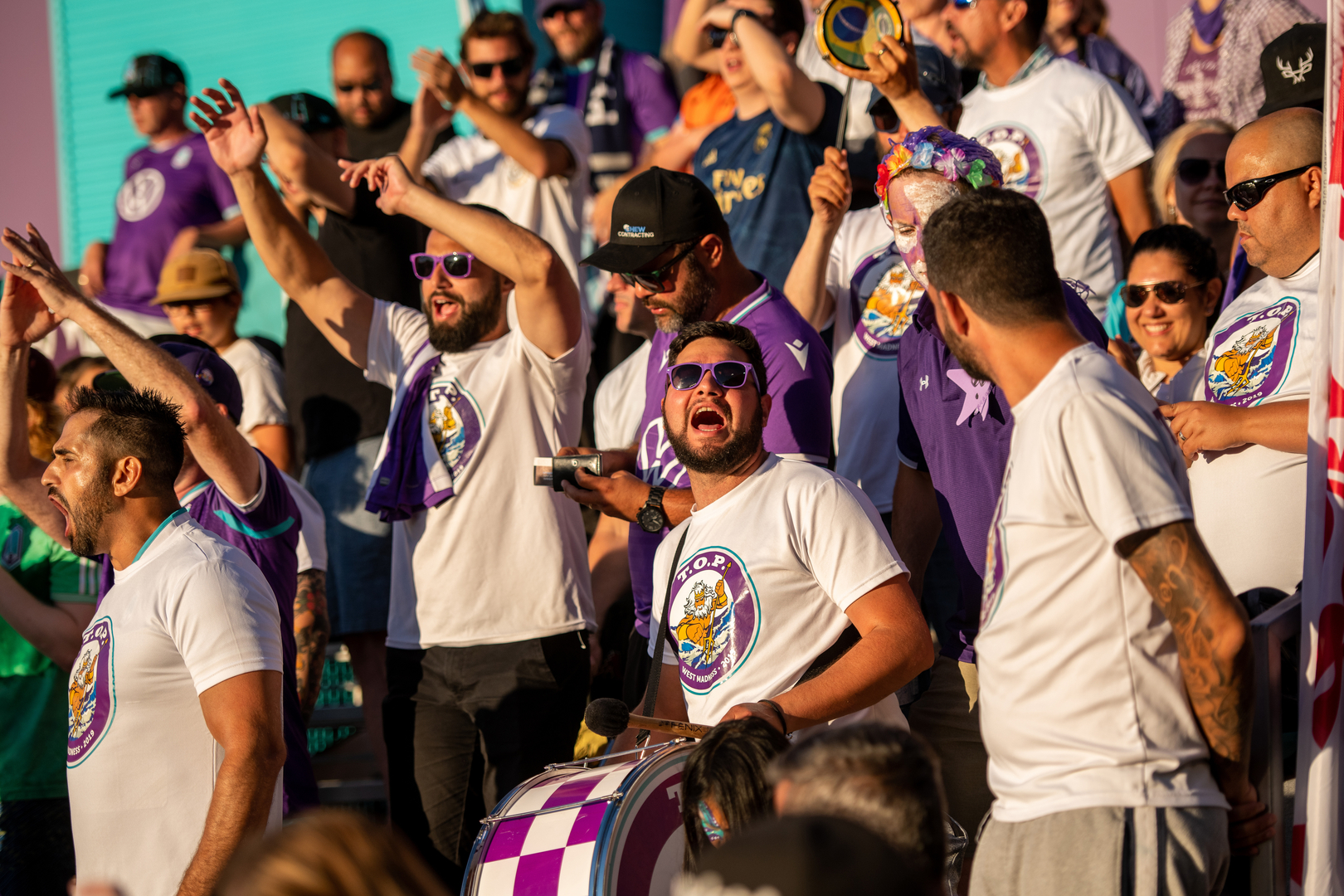 Especially after that sour defeat in the Canadian Championship, one that really hurt their campaign, it gave them even more incentive to perform in CONCACAF League, something that they've so far done with that first round tie.

"We spoke about our ambition and what we want, so we set goals at the beginning of the season to what we wanted to do in the league, the Canadian Championship and this," Merriman offered. "We were disappointed with our exit (in the Canadian Championship), so we're not here to make those same mistakes in this competition, we want to try to qualify ourselves in a position to qualify (for the Champions League)."

Through that, Pacific is now hoping to use this run to help carry a torch for the CPL.

The fourth edition of this tournament in which the CPL has had an entrant, with two-time CPL champions Forge participating in the previous three CONCACAF League runs, Pacific knows that this is a great opportunity to prove the league's ever-growing credentials in the region.

Having seen Forge navigate this competition very well over the years, even making it as far as the semi-finals (and a Champions League berth) last year, they want to build on what their fellow CPL side was able to do in some big moments.

Especially with the league currently sitting at a big inflexion point, with a recent gold rush of outgoing transfers suggesting that many are keeping a close eye on Canada's top male professional circuit, success in these competitions only adds to that growing reputation.

Knowing that the Champions League is set to expand in 2024, with an increase in teams set to include two guaranteed berths for CPL teams going forward, the league continuing to do well in this competition builds hype ahead of that, too, showing that the CPL can hang with the big boys of the region.

Therefore, as Pacific gets set for their next test, a Round of 16 tie with one of those big boys, 29-time Costa Rican and one-time CONCACAF League champions, Herediano, they'll want to find a way to keep this good run going.

A stiff, stiff test awaits them in the next round, no doubt, but they know that, and will look to prepare for the game as such.

If they do that, they know that the rest will take care of itself, allowing them to keep on this path, one that they feel that they're just getting started on at the moment.

"It's fantastic, it's what everybody wants for this league, right?" Irving said of the CONCACAF League. "We all want what's best for the CPL, everybody supported Forge on their run last year, and I know we have support throughout the league for us this year.

"Year after year the league's getting better, the quality is growing, people want to play here, and I think you see that with results like tonight. There's a long way to go in the competition and it'll get tougher and tougher, but the opportunity for us to grow and showcase the league is one we don't take for granted."