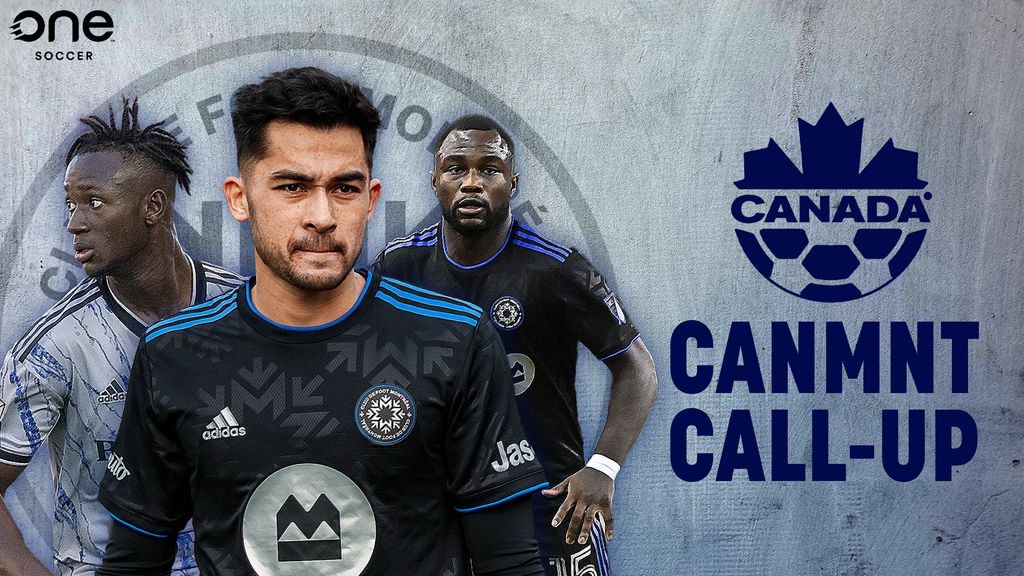 TORONTO – We are officially in the final sprint toward the 2022 FIFA World Cup.

Canada is just three weeks away from kicking off their return to the global stage for the first time in 36 years, when they take on Belgium to open their Group F campaign.

Head coach John Herdman and his staff have started to ramp up the team's preparations as they next take on Bahrain with an MLS-heavy camp roster before revealing the final 26-man World Cup roster next week.

Herdman is still pondering some final choices for his squad, as he decides which players will join his team in Qatar.  Others, like Jonathan Osorio, Samuel Piette and Lucas Cavallini, will get much-needed minutes after the end of their respective MLS campaigns in October.

This group gives Herdman a chance to see where a lot of players are at, both in terms of form and function within his final World Cup squad. They've got little time to spare as important deadlines loom; as such, this camp offers opportunity to make crucial assessments.

While a lot of focus on this camp will be on some of the individual players called, the heavy presence of one team steals the show when looking at this 21-player group as a whole – that is, of course, CF Montréal, who sees eight of its players featured in this squad, the most of any team on the list.

8️⃣ #CFMTL players called into #CanMNT camp ahead of their friendly with Bahrain.

It's not uncommon to see national teams boast a strong club contingent as the base from which they deploy other pieces around; in 2010, Spain relied heavily on Barcelona's infamous Tiki-Taka midfield, while Germany's 2014 squad was very Bayern Munich-heavy in key areas.

For Canada, that club has turned out to be Montréal, and more specifically, the Montréal defence, a group that helped Canada surprise with their solid performance in qualifiers by bending, but rarely breaking under pressure.

It's a worthy reflection of the sort of season that the club just had. While they were eliminated in the MLS Eastern Conference semi-finals to NYCFC, Wilfried Nancy's team still finished third in MLS in points in the regular season, doing so while playing a healthy contingent of Canadians across the park.

Typically starting five to six Canadians for most given games, Montréal also achieved success through an intriguing brand of modern soccer, one that caught many around MLS by surprise.

Often deploying a 3-4-2-1, Montréal aimed to play a very intricate possession game, while keeping things air-tight defensively. That, in turn, gave them the fifth-best goal difference in MLS.

Montréal become a team to watch from a Canadian standpoint, both due to the healthy amount of CanMNT regulars that had become a part of that system, as well as for how that new style mimicked certain ideologies that Herdman has made synonymous with Canada.

From Canada's desire to build out in a back three while committing to be a team that is strong defensively in transition, there's no doubt that a lot of Herdman's ideas overlap with Montréal's.

"They had an absolutely terrific season," Herdman remarked. "I really enjoyed watching their chemistry and team spirit, just that camaraderie that they had in that group.

"I think there are some similarities in their playing style to ours, too – Kamal (Miller) plays the same position with Canada as he does with Montréal, as does Alistair (Johnston) in that hybrid sort centre-back and wing-back role where he can slot in at both, as well as Samuel Piette as both a holding midfielder or in a double pivot, so there are a lot of similarities there."

Don't forget the fact that Montréal's players are still in good shape given their deep playoff exploits.

"Those guys were on a hell of a roll with Montréal, and played some really good football, so the fact that they played right up until almost the last window for MLS was really important, as they'll be as close to a match rhythm as I'll get from some of these players. I'm really looking forward to feeling their energy when they come into the environment. I think they can really contribute." 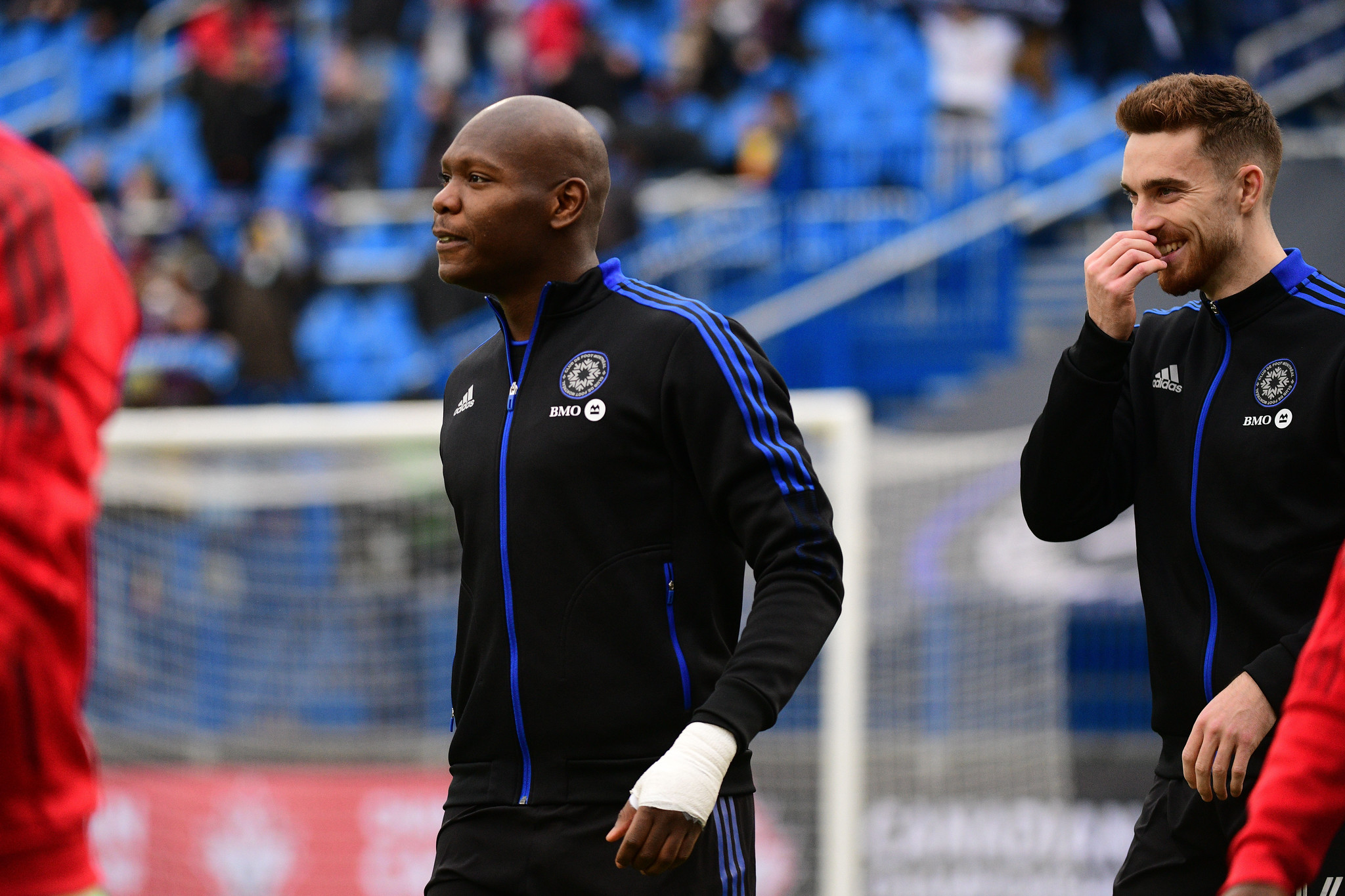 Don't be surprised to see a heavy Montréal contingent when Canada's final 26-player squad drops, either.

While they're unlikely to get all eight into that final squad, it's not out of the question that six players could find their way in – the most by any Canadian team, by far.

"The exciting thing about them is that they had that push forward into the playoffs," Herdman offered. "They've got good match fitness and readiness, so you know that you can rely on them from that perspective.

"The message is for them to engage, contribute, and do the best job they can in this environment, take the pressure off themselves of having to do this or that to get selected, and then we'll see where that takes them."

When camp kicks off next week, keep an eye on this Montréal crew; used to pushing new boundaries with their club team, they'll now look to take that same mentality to Canada.

"For those players, it's to try and take the focus of knowing that you've got to do X, Y, and Z, and then you’ll have a chance (of making it)," Herdman concluded. "It's about coming in enjoying this experience, being part of a World Cup preparation, focusing on just being the best that you can be in contributing to this camp, and then letting the universe decide, as we just don't know what's going to happen.

"If they can take the pressure off themselves to come in and perform well, then they'll always be in that conversation."