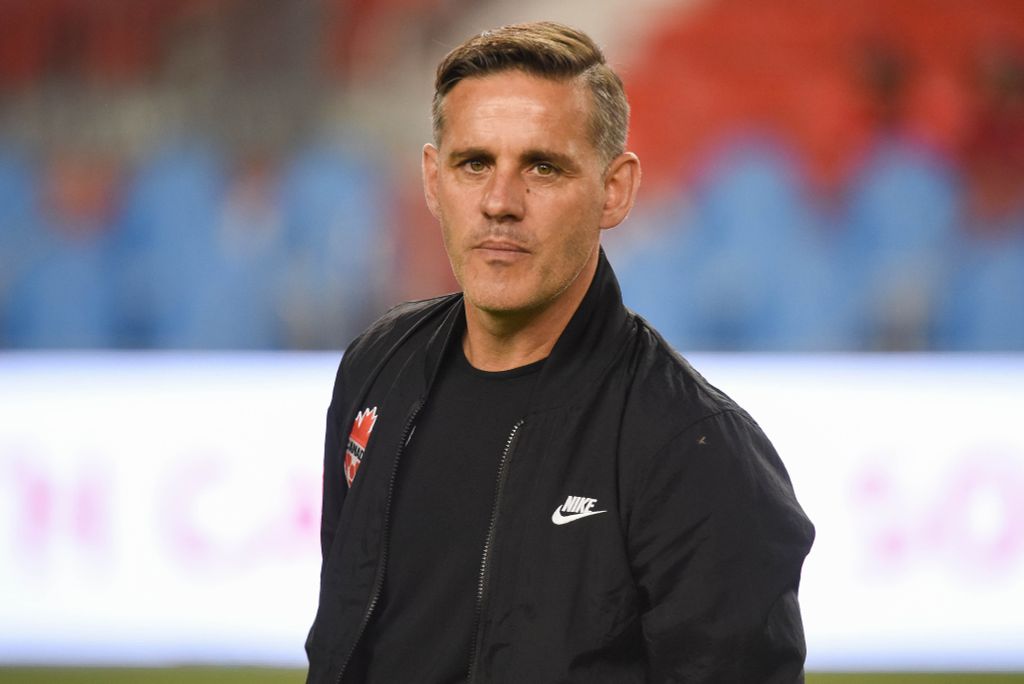 VANCOUVER – With the marathon now over, the sprint begins.

For the CanMNT, that sprint will kick off this week, as they get set to take on Panama, Curaçao and Honduras in a trio of games, kicking off their 2022 World Cup preparations in earnest. With one friendly, that Panama clash, to go along with two Nations League games, the Curaçao and Honduras encounters, it’s hoped that those games will set the table for what’s to come later this year for Canada.

Having booked their seat at the World Cup for the first time in 36 years earlier this year, doing so in style after a historic qualifying cycle, this is Canada’s first chance to play since punching their ticket to Qatar back in March. Because of that, this will be an important window for them, knowing that they have a chance to celebrate that accomplishment, as well as prepare for what lies ahead of them this year.

With matches against Belgium, Croatia and Morocco awaiting them in Group F at the World Cup, they’ll need to be at their very best come November, which is why these June matches will be key preparation ahead of that. Knowing that they’ll have just one more good opportunity to prepare for that, with the lone other FIFA window before that tournament coming in September, Canada will want to avoid wasting any time that they have at their disposal before then.

So ahead of Canada’s first game of this camp against Panama, here’s a look at three things that they’ll need to do this window, as they continue to build ahead of the World Cup.

Starting things off, an important task for Herdman? Continuing to tinker with and figure out his best starting eleven, before allowing that group to get more reps together and build chemistry.

It’s not an urgent goal of his, say, as part of the reason Canada did so well in qualifiers was through their ability to rotate and stay flexible, but at the same time, a little stability never hurts at that National Team level.

At the moment, due to injuries, absences and other things of the like, it can be argued that Canada’s best XI is yet to see the field together, as external factors have often made that hard.

That partly turned out to be a blessing, to be fair, as without that, Herdman might not have discovered how crucial the likes of Sam Adekugbe and Alistair Johnston are to his team, and forgotten essential the underrated Jonathan Osorio and Junior Hoilett also are, but at the same time, there’s a benefit to a little continuity. Especially for a young team like Canada, who is expected to stick together for the years to come, finding that continuity could be huge in the long-term, making it easier to integrate newer players into the fold and establish competition for spots.

Therefore, while it won’t be easy for Herdman to pick a best XI, as you can argue that Canada has 15 players who you could start in such a team, establishing as close to that as possible could prove beneficial both now and in the future.

The good news, however? Herdman has slowly been putting the pieces together on such a team, figuring out questions such as how to play Stephen Eustaquio and Atiba Hutchinson in a double-pivot, or getting the most out of Cyle Larin and Jonathan David as a strike partnership, but there remains work to be done to properly strike a best XI, such as finding Alphonso Davies and Tajon Buchanan’s best positions, for example.

So with this camp being both the best chance at getting most of Canada’s top players healthy and training consistently that they’ve had since the start of the Octo, you’d have to imagine Herdman is going to be chipping away at that conundrum.

Plus, within that, it doesn’t mean that Canada’s newfound tactical flexibility has to go out the door. In fact, far from it, as establishing a framework makes it easier for a malleable structure, something that Canada has quickly demonstrated over the past year, with this just being the next step of that evolution.

With it being #CanMNT camp week, here's a question I had:

When everyone is fit, what's your best CanMNT XI?

Given that we now have 25 games in the past 18 months to look at, you'd think it'd be easy, but it's something I struggle with

Here's my best stab at it right now pic.twitter.com/YgeuAHwhYW

Figure out some key positional battles

No matter if Herdman is able to bring 23 or 26 players to Qatar, either way, some stiff squad selection awaits him for that tournament. Because of that, it remains crucial that he makes that decision as easy as possible for himself come this fall, with this camp potentially playing a big role in that.

And so far, he appears eager to do that.

For example, despite it being a longer camp, he called in just three goalkeepers, five centre backs and five midfielders (now four, with Jonathan Osorio out injured), suggesting that he is quite happy with what he’s seen at those positions. Which, considering that teams typically call in fewer defenders and midfielders at a tournament, suggests that he is preparing for Qatar by doing so.

To counter that, however, he called in seven forwards and three full backs, without counting Davies and Buchanan, who fit in both categories, meaning that he is less certain at those positions.

So in this camp, figuring out how the chips stack up in those positions is crucial.

For example, at forward, you’d have to imagine that David, Larin, Iké Ugbo and Lucas Cavallini are all going to be in Qatar, but what to do with newcomer Charles-Andreas Brym, who is coming off a strong year in the Netherlands? Or youngster, Luca Koleosho, who is an exciting long-term prospect? And what about Davies, Buchanan and Hoilett, who are locks for the squad, but can slot in at multiple positions?

All of those questions are worth answering for Herdman, as it could help him figure out how to best assemble a squad for later this year, no matter if it’s a 23 or 26-player one.

It’s no easy task, as you have to strike a balance of talent, positional needs and fits, but it’s a rewarding one if you get right, which to give credit to Herdman, is something he was quite good at doing during this qualifying run.

And in my latest for @OneSoccer, I look at how the two stack up since Ugbo's arrival, & what that means for the #CanMNT

Strike a balance between World Cup prep and Nations League

Finally, while preparing for Qatar remains important, it’s worth noting that this camp provides an opportunity for Canada to do something that they haven’t done a lot of in their history - lift a trophy.

That, of course, comes through CONCACAF Nations League, the second edition of which kicks off this month, giving the 12 teams in League A an opportunity to lift silverware.

So for Canada, who finds itself in Group C with Honduras and Curaçao, there’s no reason why they can’t do well in this competition, having just missed out on the final four last time around in 2019. Especially after seeing them top the table in World Cup qualifiers, it shows that Canada is now a force to be reckoned with in CONCACAF, with the next step in their evolution towards being a team to fear in the region being to lift silverware.

At the same time, Canada will have to find a way to do so without sacrificing any preparations for Qatar, because after this window, they’ll have a chance to schedule just two more games before things get going for real in November.

Due to that accelerated timeline, it’s made it more of a balancing act than usual, as Canada will have to both prepare for what lies ahead, while giving their full respect and focus to this competition.

Luckily, helping their plans is that friendly against Panama, giving them an extra opportunity to prepare in a lower-pressure environment, but even then, that’s just 90 minutes, versus the 180 minutes of play Nations League will provide this camp.

Therefore, while the goal remains to win as much as possible, especially when it comes to Nations League play, striking a balance that allows them to focus on their desires of now, as well as their goals for the future, has to be considered.

All Canada, #USMNT & Mexico games - as well as Honduras v. Curacao - will be shown LIVE on the 24HR channel 🔴

All other matches are available on demand 📺