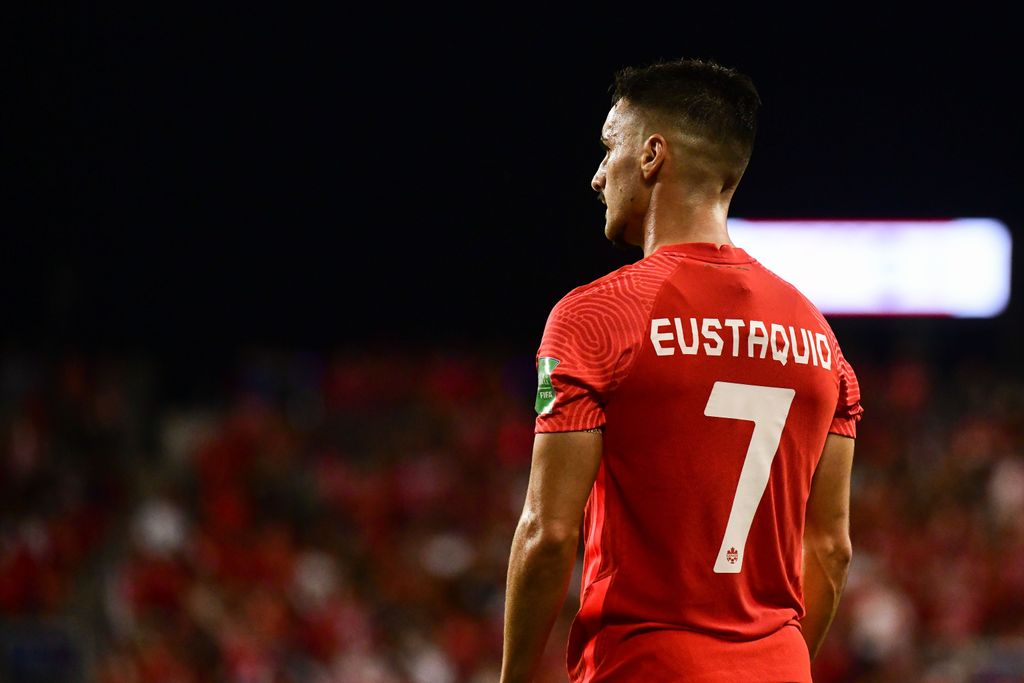 The proverbial cat has once again been let out of the bag, as Canadian midfielder Stephen Eustaquio has finally completed his move to FC Porto, joining the Portuguese giants on loan with a buy option until the end of the season.

FC Porto has been keeping tabs on the 25-year-old for the better part of the last two years, so it's no surprise that, following a string of excellent showings for both club and country, the versatile midfielder was officially announced as the Portuguese giant's latest January signing. He's bid farewell to F.C. Paços de Ferreira, and now takes another step toward the upper echelon on world football...

... but is FC Porto the right fit for Eustaquio?

Concerns over playing time are generally valid when an international player of some importance moves to a bigger club. You don't want to see an in-form player stagnate on the bench, after all. But in FC Porto, Eustaquio may have just secured a tremendous opportunity to excel – and at exactly the right time, too.

Looking through the list of midfield options at FC Porto, and you'll immediately notice one glaring omission - Matias Uribe's partner-in-crime Sergio Oliveira is nowhere to be found.

That's because the highly-touted midfield general just joined Jose Mourinho at AS Roma last week on loan, with an additional €13.5 million end-of-season buy option all but assuring his permanent exit.

This opens the door wide open for a player like Eustaquio to not just compete for a spot in the Porto midfield, but actively earn the trust of manager Sérgio Conceição by filling in right away.

Besides the similar penchant for visionary passing on both the short- and long-ranges, Eustaquio's ability to seamlessly pivot between defensive and offensive shapes makes him a like-for-like swap.

Deputised alongside the more defensively-minded Uribe of Colombia, Eustaquio would need to compete with 21-year-old Vitinha for that starting role... and Vitinha, coming back from an unsuccessful loan spell at Wolves, is still attracting some attention from other European clubs, too.

Now, Eustaquio will still need to compete with Serbian international Marko Grujić, though based on FC Porto's style of play, Uribe, Grujić, Vitinha, and Eustaquio may see heavy rotation, because...

So much of FC Porto's success comes from the propensity the club puts toward utilizing attack-minded wingers, full-backs, and strikers, stacking up in a conventional 4-4-2 that puts the entire core of the match onto the constantly-running feet of two midfielders.

Uribe, as described above, is more defensively-minded, and does the dirty work of cleaning up with an emphasis on interceptions, turnovers, and tackles.

That leaves a sole player in charge of offering defensive support on the backfoot, and playing maestro in the middle on the attack.

It works because strikers like Mehdi Taremi and Evanilson offer strong and dynamic hold-up and movement up top, while wingers Luis Diaz and Otavio overwhelm out wide, supported by the sheer speed of full-backs like Zaidu Sanusi and, at times, Joao Mario.

But, when you play a 4-4-2 like this over the course of a season, where so much of the midfield load is carried by these two pivot midfielders, you'll often find there's a real need for heavier rotation.

The fact that Eustaquio offers the exact sort of versatility needed to fit into this style of play is a huge bonus not just for club, but for country - Canada also relies heavily on this two-man pivot, though with only three at the back.

Higher pressure, in a familiar place

Besides competing in training grounds for the manager's confidence and bringing your skillset and accumen to the team's style of play, a huge factor that determines success at a new club comes down to the individual player's ability to adapt to their new environment.

Luckily, FC Porto represents a very familiar one for Eustaquio, as he'll continue plying his trade in the Portuguese first division, albeit with more responsibilities, pressure, and competition to manage.

Sure, young players like Alphonso Davies and Jonathan David quickly found their feet at the likes of Bayern Munich and Lille OSC - and you'd be right to wish to see a player like Eustaquio suit up for a Liverpool or Atletico Madrid or Borussia Dortmund, too.

But, Porto offers Eustaquio a much safer environment to take that next step toward the big boys of football - hell, you could argue Porto, who rank 10th in the UEFA club coefficient, is already big enough!

It may not be as blockbuster a signing as Canadians have (somehow!?) become accustomed to, but make no mistake about it; a move to FC Porto comes with all the same expectations.

Now it's time to see if Eustaquio is ready to take them on.