MATCH PREVIEW: 3 reasons why Canada can actually beat Belgium at the World Cup

AlexGangueRuzic
Canada NT
They're not unbeatable. They're poor in defensive transition. An aging backline. Ragged wingers out of their prime. And Canada? They've got a fire of belief burning in their hearts. Here's why:

It's quite the return to the grand stage.

Canada's 1st FIFA World Cup appearance in 36 years comes off the back of a dominant qualifying campaig in Concacaf, and their reward? An opening dance with the world's no. 2 ranked team, Belgium.

That's the reality John Herdman's side faces on Wednesday in Qatar – Kevin De Bruyne and Thibaut Courtois, among very many other elite talents, to kick off their survival campaign in a uncompromisingly tough Group F.

Canada stand as clear underdogs – a mentality that they're embracing – as they look to go out and shock the world (or, at least, the Belgian-shaped part of it). So, ahead of this match, here are three reasons Canada could pull off another classic World Cup upset and potentially alter the entire complexion of one of the most fascinating groups at this tournament. 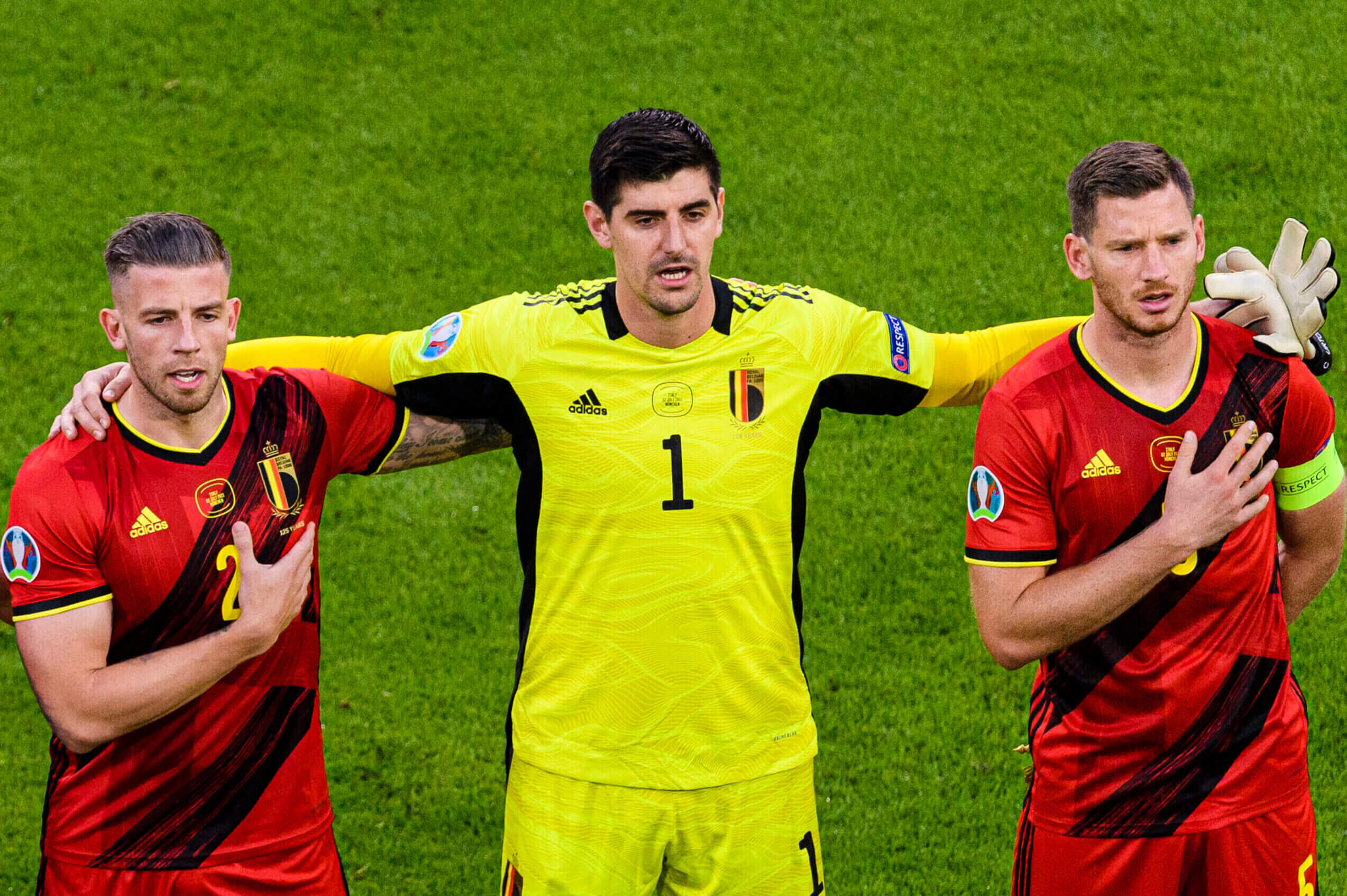 Look, there's no doubt that there's a lot of talent in this Belgium squad. Even beyond De Bruyne and Courtois, the likes of Eden Hazard, Youri Tielemans, Axel Witsel, Michy Batshuayi and Thomas Meunier are all dangerous players that can impact games in different ways.

Yet, for all of the talent that they have in their attack and in goal, there is one area of their squad that is lacking – their back line.

Once boasting the most feared defensive quartet in the world, that shine has worn off for Belgium in recent years, as they transitioned to an aggressive 3-4-2-1 and placed a lot more demand on their centre-backs – an ask that might just not be realistic for this group in 2022.

Led by the experienced Toby Alderweireld and Jan Vertonghen, and complemented by Zeno Debast, Arthur Theate and Wout Faes, there's a good mix of experience and youth in their group, no doubt ... but that hasn't translated into strong defensive results for Belgium this year.

For starters, Alderweireld and Vertonghen are nowhere near what they used to be at 33 and 35 years of age, respectively, back in Belgium after their stay at Tottenham. Then you've got 19-year-old Debast (Anderlecht), 22-year-old Theate (Stade Rennais) and 24-year-old Faes (Leicester City), all of whom offer intrigue, but lack the guile of experience, boasting just eight caps between them for Belgium.

Belgium is losing 2-0 to Egypt with a bunch of regulars, and the blueprint from Egypt has been simple - absorb pressure, and strike in transition

You have to be encouraged by that if you're the #CanMNT. They’ll have to do a lot of tough defending, but their speed will hurt 🇧🇪

That means Belgium's got to either stick with aging veterans that have shown signs of regression, or rock up with an exciting but unproven centre-back group, which, for a position that relies on experience, could be an even bigger risk. The Red Devils have opted for the former, but have still struggled defensively, conceding 12 goals in the nine games that they've played in the lead-up to the World Cup, keeping just two clean sheets – one against Burkina Faso in March, the second against Poland in September.

This leads to the root problem for Belgium: Their centre backs are not suited to dealing with counter-attacks in transition, which a high-flying attack like Belgium's often concedes frequently.

To consider how bad this problem is, consider this – 59.9 percent of the counter-attacks against Belgium this year have ended in a shot at goal. For reference, no one else in Group F has had more than 36 percent of their counter-attacks end in shots, showing that not only are teams countering against Belgium at a high level, but are getting good looks out of it, too.

Then you've got a Canadian team particularly lethal at scoring from that exact situation, averaging 2.08 counter-attacks per game this year, turning 40 percent of them into shots. See what we're getting at, here?

If Canada's defence can just hold strong enough to get the likes of Alphonso Davies, Tajon Buchanan, Jonathan David and Junior Hoilett running in transition, there's no reason why they can't grab a goal or two in this game. In a matchup at this level, you have to take advantage of any potential weaknesses, and in Belgium's back three, there could be a few cracks for Canada to try and break down on Wednesday.

After that? It's in Milan Borjan's hands. 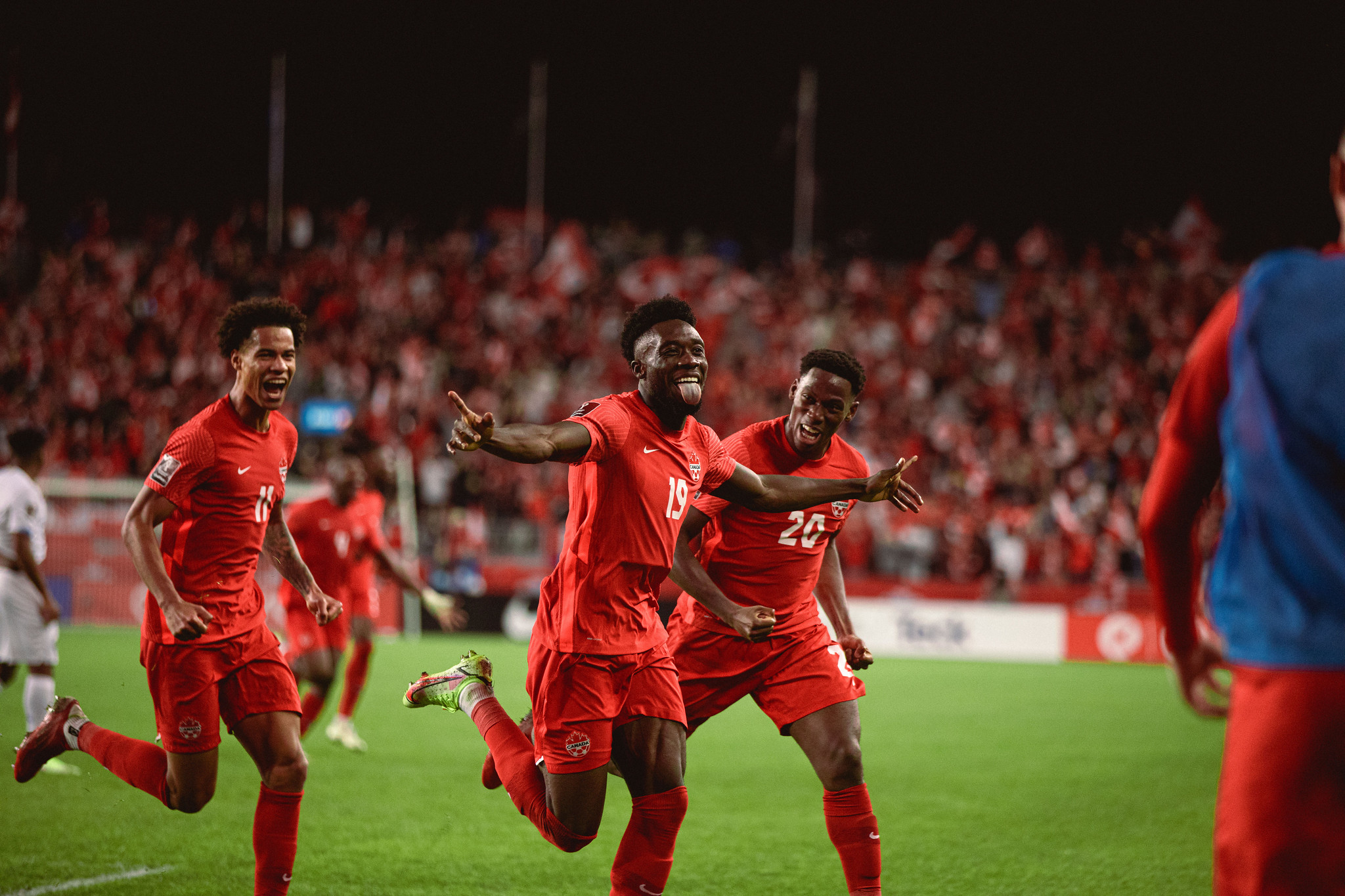 A key factor that Canada will definitely look to lean on in this game? Their underdog mentality.

Part of the success that Canada has had over the past few years is that they almost seem to thrive when they’re counted out of the race, putting up some of their best performances in the toughest of circumstances.

For example, there was the 2021 Concacaf Gold Cup, where Canada was missing several regulars, yet still managed to make it to the semi-finals for the first time since 2007, narrowly losing to Mexico deep into stoppage time. Then, there was Canada's January 2022 game against the United States at home, where they beat their rivals despite not having Davies, Stephen Eustáquio or Atiba Hutchinson available – a game that ended up being crucial towards Canada’s eventual qualification.

Canada seems to thrive when they have a chance to prove people wrong, and in a game where they'll be facing off against the no. 2 ranked team in the world, you have to imagine they'll carry a similar chip on their shoulder this time around, too.

Many see this as a 'last dance' of sorts for Belgium. After reaching the semi-finals of the 2018 World Cup and quarter-finals of 2021 UEFA European Championship, Belgium's core player group have reached the end of their prime years, adding a lot of pressure to perform. When you've got players like Hazard admitting they're not even close to their best anymore? It doesn't exactly inspire confidence.

Did we mention that Romelu Lukaku won't be playing, either?

You contrast that to Canada, whose expectations are just to score their first World Cup goal in an effort to procure a single win, and you can see why Herdman's side will be playing with complete freedom in comparison to the pressure that lies on Belgium’s shoulders. 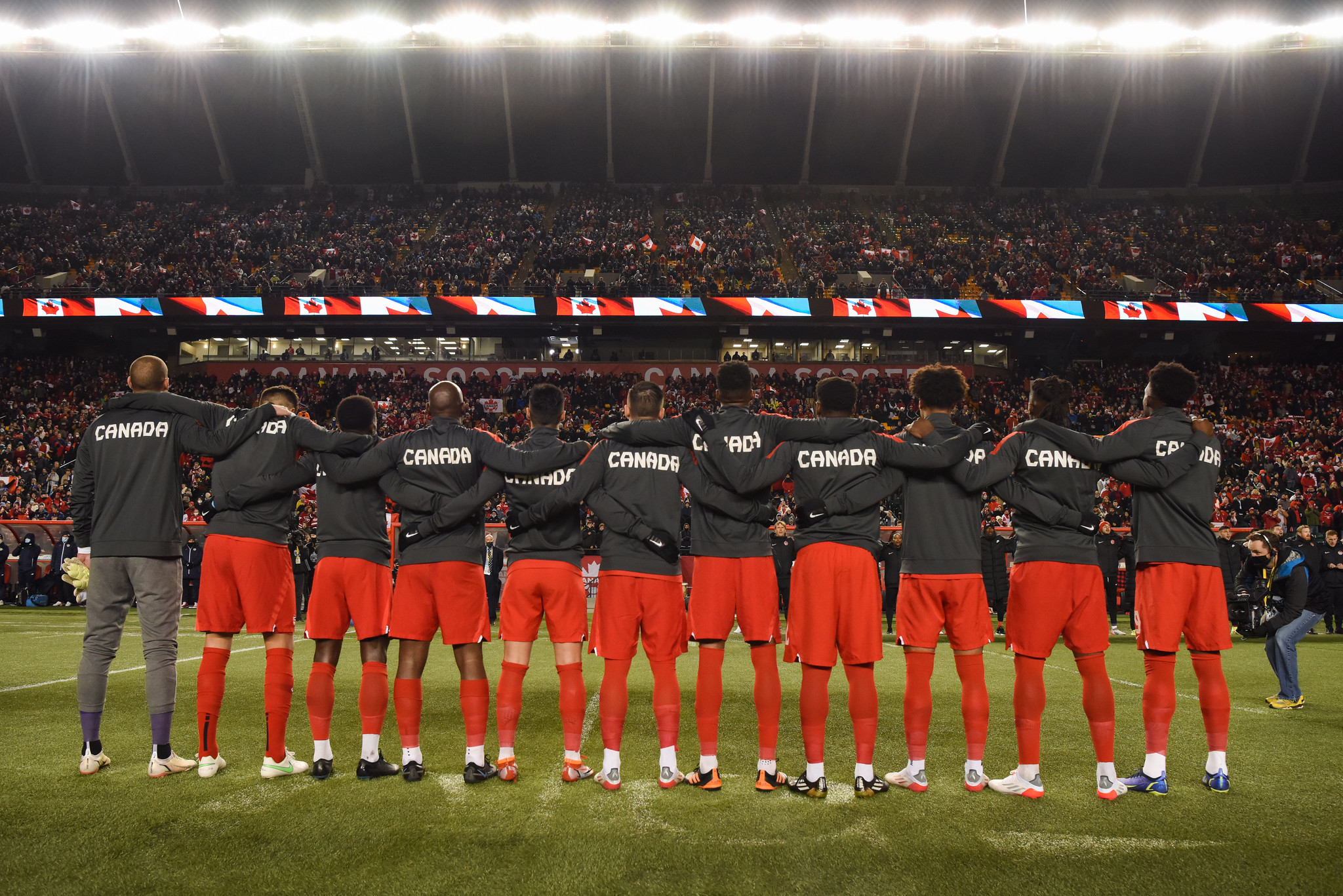 It's not easy getting to a FIFA World Cup.

With just 32 teams participating, and 31 qualifying spots up for grabs, there are many quality teams that miss out each year, especially in regions where qualifying is more brutal.

Some years, a bad game or two can be all that is needed to end a World Cup dream long before the tournament kicks off, which is a reality that Canada knows well from their past. But having now finally bridged that frontier, Canada is eager to make sure that their stay there isn't too short.

There's no better way to prove they won't be an easy out then by coming out strong against Belgium.

This will be a chance for Canada can punch above the weight class that their own 41st-overall world ranking suggests. This is a chance to prove to the world that they belong, knowing that many will be keeping an eye on them for the first time in decades. This is a chance for careers to be made, for a decade of work to be rewarded, and for lasting memories to lay a foundation for greater glories to come.

Alphonso Davies and Jonathan David have put Canada on the soccer map globally, but despite their exploits, many Canadians are still fighting to prove that they can play in the top leagues in Europe.

That's where Canada will look to really catch Belgium by surprise. Of course, the likes of Davies and David are well known, while players like Eustáquio and Buchanan are starting to reach the mainstream. But they still have plenty of unheralded pieces such as Sam Adekugbe, Alistair Johnston and Kamal Miller – and you know they'll want to prove that they can play for some bigger clubs, too.

Belgium has nothing to prove beyond 'we're not that overrated' and, frankly, that's nowhere near as motivating or as powerful as harbouring a fire deep within your heart to help build something great with each and every pass of the ball at this stage. Football is a mental game as much as it is 90 minutes of running and shooting, and while Canada will certainly approach this tournament with the belief they can do great things, the key part of that faith is simply this: We can play here. We belong. Let's go prove it to 'em.