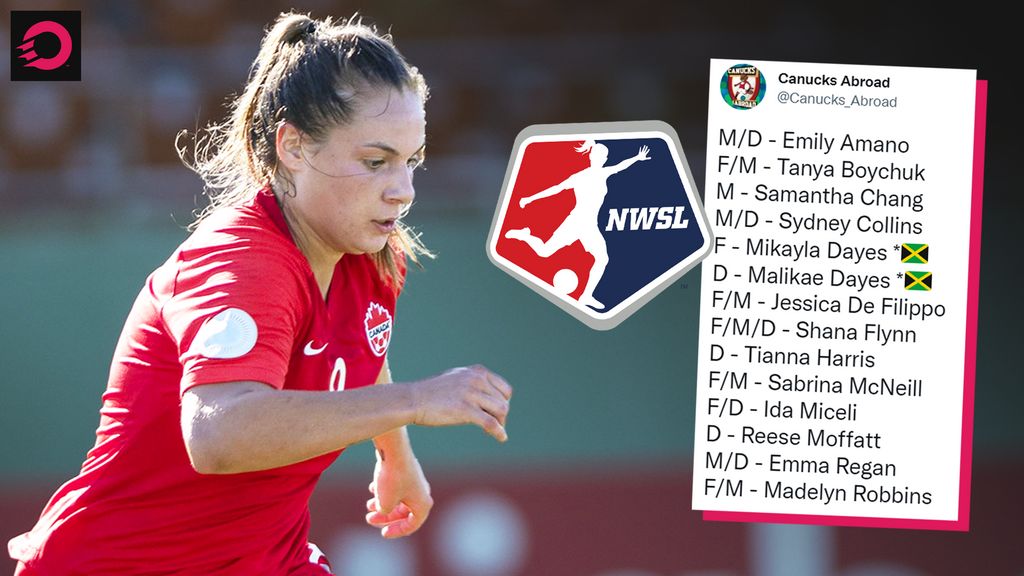 A number of Canadian women – including a few Canadian international footballers – have been named to the list of eligible prospects for the 2023 NWSL Draft, including

The full list of 250 footballers make up the 11th edition of the NWSL Draft, which will be held in Philadelphia on Thursday afternoon (6PM ET / 3PM PT), as 12 teams pick 48 total players across four rounds in their hunt to add talent ahead of the league's opening kick on March 25.

In total, 14 Canadians were named to the eligibilty list:

Sydney Collins can also represent the U.S. Women's National Team, Madelyn Robbins is eligible to play for Portugal, and both Mikayla and Malikae Dayes have represented Jamaica in the past. Among the more familiar names on the list are Emma Regan, who featured for the Canadian national team against Cuba in 2018, Samathan Chang, who made her Canada debut in the 2021 SheBelieves Cup against Argentina, and Tanya Boychuk, who featured for the Canadian Women's U-20 side at the 2020 Concacaf Women's U-20 Championship.

Other notable names include attacking midfielder / forward Emily Amano, who has 70 NCAA games under her belt, who weaves defensive solidity into her physical game up top; versatile all-rounder Jessia De Fillipo had a strong showing in 2022, posting up 12 goals and eight assists in 22 games with the Arkansas Razorbacks; keep an eye on Shana Flynn and Tianna Harris, too.