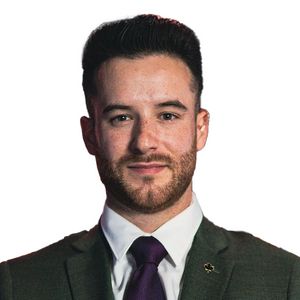 We’re nearing the end of January in Canada. Many parts of the country are looking out their windows and seeing blankets of white, fluffy snow. It’s cold, too. Even colder than The Iceteca was for the Canadian men’s national team’s historic World Cup Qualifying window in Edmonton.

However, the weather and the 2021-2022 transition has done little to quell the hive of activity that has been the Canadian Premier League’s nascent offseason. We’ve seen intra-CPL transfers, coach departures, the Commissioner’s announcement that he is stepping down from his post, and we still have a few months until training camps will open.

Here’s one question for each CPL club as silly season heats up.

Merriman’s the man, but who else wears purple this season?

While the champs are basking in the glow of a CPL Final victory on the road to Forge, multiple staff and players from that championship-winning side have departed for new opportunities.

Coach of the Year Pa-Modou Kah has joined North Texas SC (FC Dallas’ MLS NEXT Pro side) and Pacific has currently only announced three returnees: captain Jamar Dixon, goalkeeper Callum Irving and centre-back Thomas Meilleur-Giguère. Further to that, some eyebrows are rightfully raised at the departures of Terran Campbell and Alessandro Hojabrpour to Forge, and while Pacific will be proud of Lukas MacNaughton’s move to Toronto FC, Luke Singh just assumed a lot of pressure.

They’re still the champs until they’re dethroned, but Merriman will have to add some new pieces to reinforce his core; can he?

Can the Cavs core find synergy... and silverware?

There has been no more successful club without anything to show for it than Tommy Wheeldon Jr.’s Cavalry side. We hear you CPL fans yelling that the regular season winners deserve a trophy – you’re right, they most certainly do – but, currently? Cavalry’s trophy cabinet sits empty.

True, the Cavs sustained significant knocks throughout the 2021 campaign; and yet, they were just one controversial extra-time goal removed from a 2019 championship rematch.

Still, the runway on this core is shortening. Questions about the legs of veterans like Nik Ledgerwood and Mason Trafford will soon be asked, and younger players may start to want to seek different opportunities—see Mo Farsi to Crew 2. It’s not time to panic, but it is time to win – question is, can they?

How does Koch re-tool his rebuild?

Alan Koch had his work cut out for him when he took the helm of FC Edmonton. To his credit, the Eddies looked a more competitive side at times on their way to a 7th-place finish.

On New Year’s Eve, the league announced they were assuming control of the club until “the development of new ownership” is finalized. It’s the correct long-term strategy, but for now, it makes Koch’s job more challenging. Money is tight and we’ve already seen Easton Ongaro sign in Romania; we understand Ongaro may not be the last big name to depart, either.

You’ll hear plenty of talk from the Eddies’ gaffer about “opportunity” this season. New names will get professional opportunities and whoever remains will be looking to give supporters and the neutral something to root for. And who knows; success on the field could go a long way to help stablize the changes this club will be going through, too.

Who replaces Jonathan Sirois in goal?

Philippe Dos Santos is preparing for his first full season as Valour’s head coach. His arrival was met by an exciting push for the playoffs that ultimately came one point shy of York, even without Andrew Jean-Baptiste and Austin Ricci. With AJB, along with a few other core pieces signed, it’s exciting to imagine what this group can do when healthy and competing in a normal schedule.

One significant name that won’t be returning is the 2021 Goalkeeper of the Year, Jonathan Sirois, who has returned to CF Montréal. Unless Dos Santos completes the Montréal trinity by bringing in Sebastian Breza on loan, the Winnipeggers will have to get creative to find a shot-stopping solution.

Can the two-time champs recapture the North Star Shield?

Forge will seemingly always start a Canadian Premier League season as the odds-on favourite to finish the year as champions. I can already hear the Pacific supporters screaming, “But who are the current champions, Adam?”

Yes, Pacific are the champions – deservedly so, I'll add – and that meant Forge finished the year without any trophies... which is astonishing in its own regard, seeing as the quadruple was on for much of the season.

Bobby Smynriotis will seemingly field a very similar team in 2022, including newcomers Alessandro Hojabrpour and Terran Campbell. No entry in Concacaf League, and barring a shock Cinderella run in Champions League, the Hammers will be laser-focused on the domestic campaign and Canadian Championship.

Since his arrival at the club, Angus McNab has been a tenacious recruiter. The club’s CEO/President, and General Manager got a lot of his paperwork finalized in 2021. Add to that some splashy international signings, the Nine Stripes’ roster is nearly complete already.

Martin Nash took over as head coach on December 21st, as one Canadian soccer icon replaced another. The gaffer’s CV is astounding both playing and coaching, though this is the Saskatchewanian’s first stint as a head coach.

After two seasons of struggling to have all internationals available due to Covid-related immigration issues, this will be a truly united York side with aspirations of dethroning Forge as Ontario’s best outfit.

Will a new gaffer provide an identity that makes Ottawa a threat?

We’ll learn in the next couple of weeks who succeeds Mista in Ottawa. With Year Three on the horizon, the shiny-new-toy feel around 'Ottleti' is starting to fade. The club is beloved in the capital... but so are wins.

Drew Beckie, Malcolm Shaw, Brian Wright, and Miguel Acosta are pieces of the core that return, but things will look very different at TD Place, and that’s not a bad thing. Despite some early promise, Ottawa has lacked continuity and identity. Through 36 matches, they’ve yet to string consecutive wins together. One of the areas that has been lacking is the link between midfield and attack. Help via a six-person signing day makes Ottawa a very interesting side heading into 2022. I've been told by multiple coaches—one that tried to sign him—that MacDonald Ngwa Niba could become the best defender in the league in short order. Ottawa has the pieces to be a playoff team, now it's time to prove it.

Will the real Wanderers please stand up?

Last season the Wanderers, finalists in 2020, were a shell of themselves.

It’s unfair to pin all of the issues on Akeem Garcia, but descending from the Golden Boot to a paltry two goals in 22 appearances is not acceptable for a franchise pillar. Luckily, HFX also fields the 2021 Golden Boot winner and league MVP, João Morelli. He was spectacular, scoring 14 of the team’s 26 goals, but Stephen Hart himself was pleading for secondary scoring. Only Sam Salter scored three or more goals.

This is a make-or-break year for a lot of Wanderers. Only Morelli has a guaranteed contract for 2023. Stephen Hart needs to return this group to their full potential, otherwise the heat may be turned up on the gaffer as well, one of just three head coaches remaining from the inaugural season.