TORONTO – One thousand and eighty minutes.

This ragtag group of loanees and academy players, playing for a club holding on for survival, face little expectations from the outside looking in, of course. A last-place finish is where most analysts had them ranked at the start of the year - and how could they not be?

The Albertan club had its roster gutted over the off-season; the league's other owners took control of operations, keeping the club alive as they search for a new owner to buy in.

All the while, this group of footballers, most of whom have never played together before, had little time to come together. Head coach Alan Koch had the tallest task of all in the league, as such.

They say you've got to trust the process, even if it becomes tougher and tougher to keep faith after a dozen fruitless attempts, and despite showing a clear ability to shock and amaze with incredible goals.

But that's exactly what the Eddies did. This team has secured a W.

Now? They're going to try to do something they've never done before.

Of success, failure, and hope

Koch, who was brought in to replace Jeff Paulus in 2021, boasts the longest undefeated run in the USL Championship with 23 games.

He isn't exactly thrilled at the idea of having the longest losing streak in the CPL, too.

"If we have the longest streak of not winning a match in the CPL, that's not a record I'm very proud of," Koch told OneSoccer. "I can't go and tell those players in the locker room that they're not gonna win a game. Every game that we go in, we go with the belief that we are gonna get something.

"What gets me out of bed every morning is hope. I have belief in the players that I'm working with. We're in survival mode right now. Every challenge is an opportunity. We've tried to turn this into the most positive environment that we can despite all the losses in 2022. Everyone can see how hard this group is working to turn it around."

FC Edmonton has the youngest team in the league with an average age of 23. Their oldest player, 27-year-old Mamadi Camara, is also still relatively new to professional football. It's an unorthodox challenge for a coach to navigate.

"We have a lot of players that are inexperienced as well as my staff because of the structure that we're in," Koch said. "It takes time to learn how to be successful in professional football. The players and the staff, they are coming every single day to get better."

That process includes the usual platitudes of commitment and sacrifice. Luckily, the players have bought in.

The coaching staff were thinking of giving the team the day off after a solid performance against Carlos Gonzalez's side - a reward for a first win.

But they decided to keep working through it instead, because it would boost team morale.

"We intentionally decided to come back in," Koch said. "The day after a win is one of the most satisfying moments in football. And to do that together, winning breeds confidence. There's a little bit of swagger back in the group.

"We cannot get carried away though."

Context matters when it comes to sports.

A 1-1 draw could be one of the best games of a season, with two very different emotions, even if the points are split.

Or, a 4-0 drubbing could have yielded 70 minutes of boring anti-football after an exciting opening flurry.

Of Edmonton's opening 12 games, eight have been decided by one single goal.

Sure, results haven't gone Edmonton's way, but they are still very much in the fight, and probably haven't been rewarded like they should.

"The resilience of our group was tested and shown," Shome told OneSoccer.

"It's not easy losing 10 or 11 games and not being able to get a result. Especially when you're close every single time. There were a lot of games leading up to Ottawa where we were knocking on the door. We played a good 45, 60 minutes. A lot of games this year we actually took the lead, pretty early on. We just weren’t able to hold that lead.

"It shows we have a quality team." 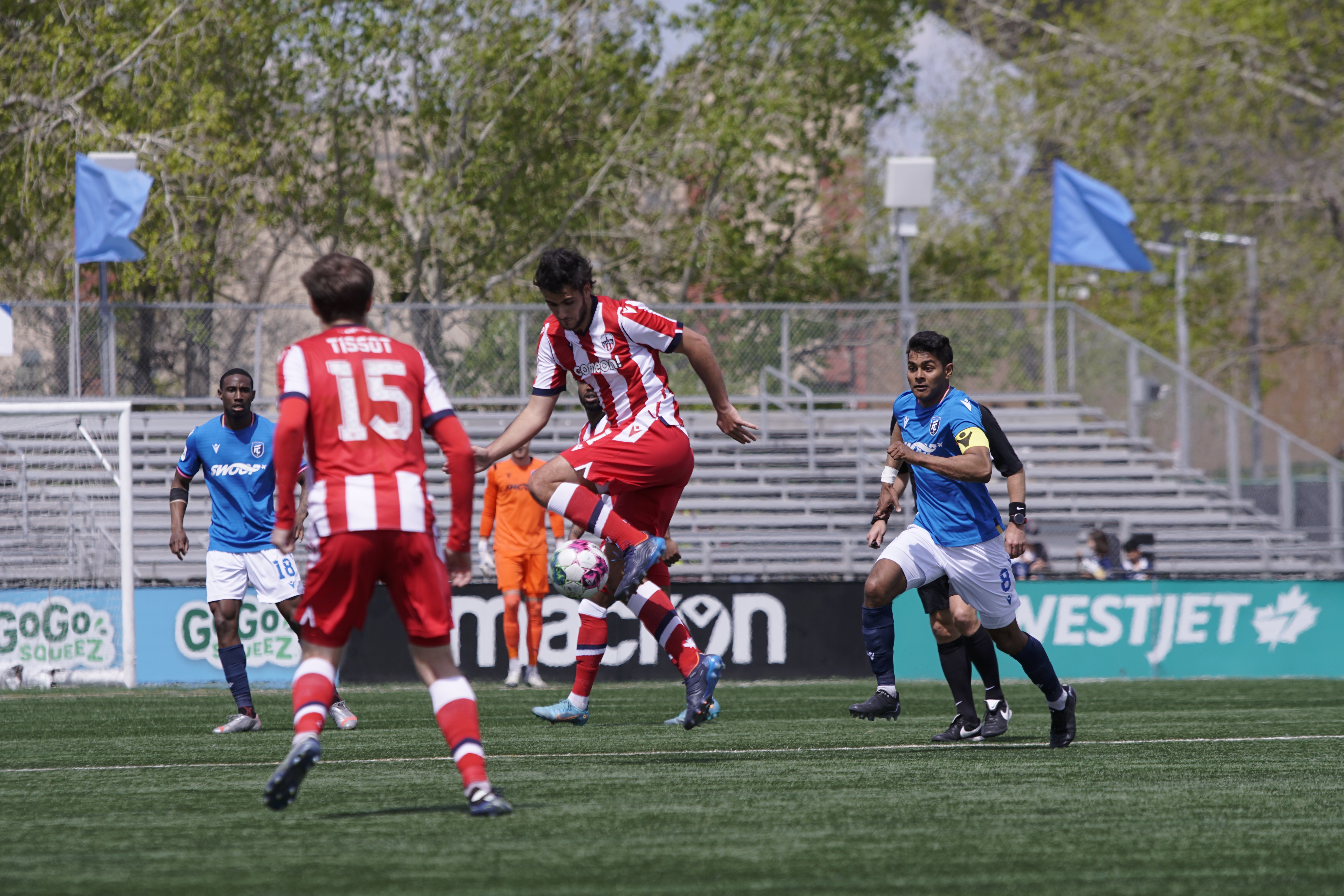 Shome, who is in his 3rd season with the club and second in the league, has been a professional player since 2016, a total of six seasons. With no player over 30 and no traditional captain, he has taken a leadership role teaching the rest of his teammates what it takes to be a pro. It's a responsibility he has embraced.

"It's a unique experience, not having those experienced voices in the locker room," Shome said. "When I think of a captain, I think of Albert Watson or Daryl Fordyce. We don't have that, but it's about guys stepping into bigger roles.

"Just because you're young, doesn't mean you can't have a voice. Lead the right way or be a leader. Show that to the younger guys who don't know how to behave on the field, off the field, what to do.

"At the end of the day, we don't have guys with a lot of experience that are older so it's on us individually to hold each other accountable and raise the level."

There is still a lot of soccer to be played this season – well over half the season left, 16 matches and 48 points on the table.

Edmonton wants a bigger piece of that pie moving forward.

"Against Atletico, that was our first 90 minute performance where guys were covering for each other a lot more and we kept a clean sheet," Shome said.

"We need more of that. If we're able to do that, we have the quality in our offensive players to create chances and score goals."