'You have to be ready for anything': Bustos, Aparicio reflect on journey to Concacaf League 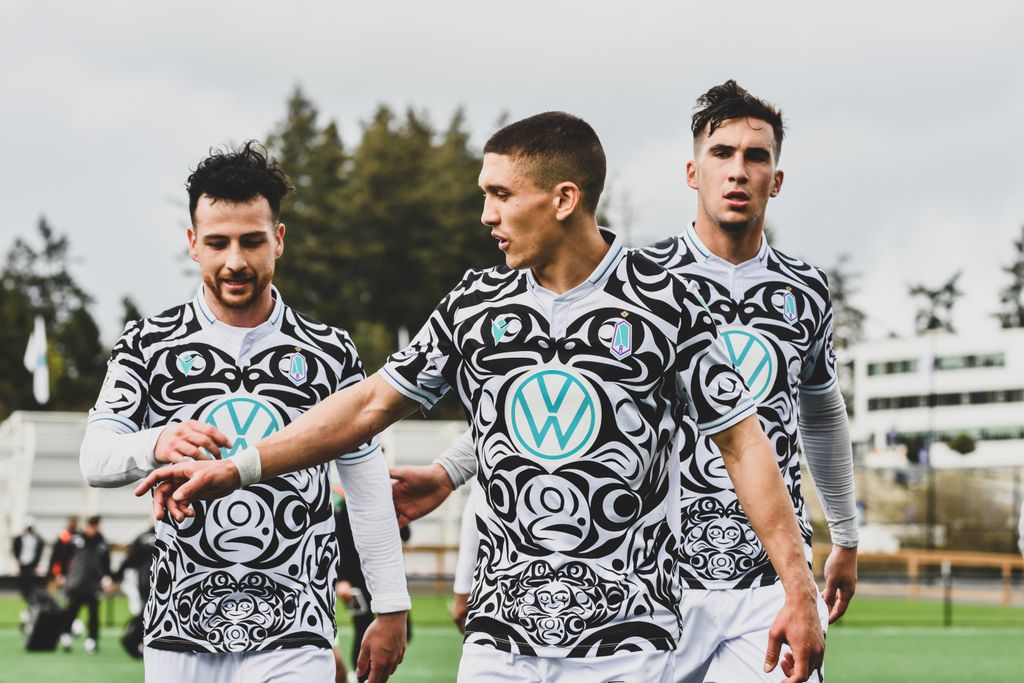 As the freekick nestled into the top corner of the net, the pitch under Marco Bustos started to shake.

It was October of 2015, and Bustos was 19 years old, having made just a handful of professional appearances before stepping onto that shaking pitch in Tegucigalpa, Honduras. The Whitecaps were playing their final group game of the 2015-16 Concacaf Champions League, a match and atmosphere that will forever live in Bustos’ memory.

“As a young player, that feeling, you get a bit shocked,” Bustos told CanPL.ca this week.

Six years later, Bustos has since swapped Vancouver for Vancouver Island, and the blue of the Whitecaps for the purple of Pacific FC.

But on Tuesday, he will be back in Concacaf club competition. Pacific’s Preliminary Round Concacaf League matchup against Waterhouse FC of Jamaica will be the club’s maiden continental journey. But players like Bustos, Manny Aparicio and Alejandro Diaz bring with them plenty of experience playing within the region that could prove critical to the Tridents’ success.

Because, as Bustos will try to impart on his teammates ahead of the competition, playing away in Concacaf is unlike anything he has experienced.

“You have to be ready for anything,” says Bustos. “When we travel in the bus there’s police escorting us and all that type of stuff. It is a little bit different. You never know what to expect. When I played with the Whitecaps when we went down to Honduras everyone was yelling at us, swearing at us and stuff and you just have to keep a cool head and get on with it. Sometimes you go away and they purposely don’t cut the grass.”

But should the pitch shake, or not be up to standard, should the beers be tossed or any other number of hostilities, Pacific can count a few key players within their ranks as ready. That knowledge should stand to benefit the entire group.

Tuesday will bring Bustos and a couple of his teammates down memory lane. Back in 2015, Bustos, Aparicio and Jordan Haynes represented Canada at the U-20 Concacaf World Cup qualifying tournament held in Jamaica. While playing in the group stage of that tournament, they also matched up against Mexico and Diaz.

For Aparicio, the tournament was a formative experience. The intensity of the competition, and the mentality with which a number of teams they faced played was a “wake-up call” for the Pacific midfielder.

That 2015 team was a talented group, featuring Cyle Larin, Sam Adekugbe and Marco Carducci among others. But matched up against teams who often seemed to be willing to give up more in pursuit of victory, they failed to get out of their group.

“I was only 19 at the time playing with [Toronto FC], with amazing pitches and everything perfect and I think that was a good mental switch for myself and I was like ‘Wow, these guys are literally playing for their life out there,’ you know?” said Aparicio. “I think that was a good wake-up call for me, I took a lot away from those Concacaf matches.” 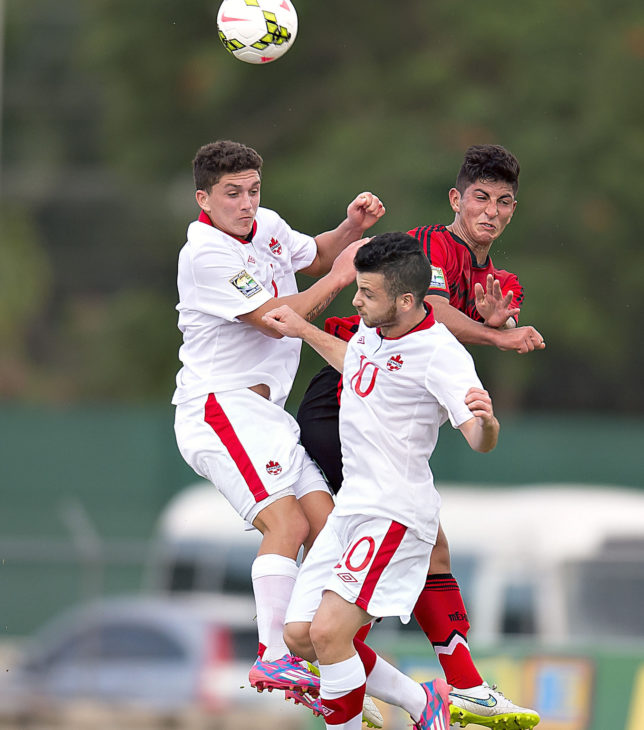 Aparicio is hoping that this will be the same learning experience for many of his younger teammates. He says it will be interesting to see how some of those players who haven’t experienced do-or-die football, in the same way, react when they play in such high-stakes matches. Fellow midfielder Sean Young, who is 21, is one player Aparicio will be watching closely.

“Young guy, Canadian kid, he hasn’t really had to experience that yet, and he has that [intensity] in him,” says Aparicio. “And I always tell him he has to bring that out.”

No player on the Pacific roster has more experience at this level than Diaz, the current CPL Golden Boot leader with 11 goals to his name this season. Diaz and Mexico won that 2015 U-20 tournament in Jamaica, and he scored during the penalty shootout in the final. That same 2015-16 Concacaf Champions League tournament during which Bustos made his continental debut, Diaz and his Club América teammates would go on to win as well. He has lifted the CCL trophy twice.

Pacific has a long road ahead before they get anywhere near matching that feat, but for the club and its players this a chance to show what they can do at a different level.

“Everyone is super excited for it, and us as players these are the games we play for,” says Aparicio. “Obviously, it was amazing winning the league, but it was also amazing winning it knowing that we have qualified for Concacaf and get these bigger stage games to kind of showcase ourselves globally instead of just locally.”

While the Pacific players, staff and club, in general, are looking forward to the opportunity to make a name for themselves on the international stage, this tournament also presents an opportunity to go a bit under the radar.

“Maybe the other team not knowing exactly how we play will help us a little bit more,” said Aparicio with a laugh. “At the end of the day when it’s only against seven teams now, we know how each other plays, and what the tactics are of each coach.”

For the past few seasons, the rest of the league has looked on as Forge FC has represented it incredibly well in Concacaf competition. The Hamilton side made it all the way to the semi-finals of last year’s edition of Concacaf League, bowing out on goal difference against Motagua.

That run qualified Forge for the Concacaf Champions League proper, in which they played Cruz Azul back in February. Making the CCL will be the primary goal for this Pacific team as well.

But for Bustos, this is also an opportunity for him and his teammates to enjoy a new competition, and new experience.

Pacific will also be the last CPL club to compete in the Concacaf League. The tournament will dissolve next year in favour of an expanded Champions League format, in which the CPL Champions and Regular Season winner will both be given automatic berths to the competition’s first round.

“I think our expectation and goal would be to qualify for the actual [Concacaf Champions League] tournament,” says Aparicio. “That would be the end goal. Obviously, if we can potentially win this Concacaf League and it being the last one that is ever going to happen that would be a huge plus for us as a team as a club, for the league as well. Forge made it to the semis and if we could make the finals and do even a bit better that would be huge for us.“